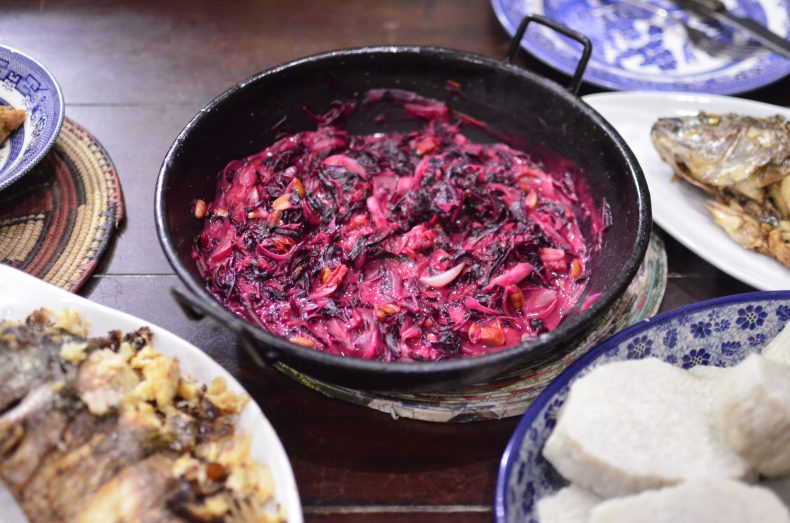 I love red amaranth, even though it has shown me ‘pepper’.

Last December, I had a peanutty red amaranth side dish on my Big 60 menu.

In preparation for my first major ‘pop-up’/ restaurant-style gig, I tested recipes, finalised my menu and drew up a shopping list.

Understanding quantities is everything. Everything. See, I didn’t realise that I would be serving no more than a tablespoon of my peanutty red amaranth with the main courses for my dinner…and so I grossly overstated how much red amaranth I would need to cook. I overstated because my premise – leafy vegetables are mostly composed of water and cook down to a tenth of their size.

So I bought, for a princely sum of N12,000 (Twelve Thousand Naira ONLY), three bags of ‘red’, red amaranth.

The night before the event – I started prepping.

Helpers began to ‘wash the amaranth – it comes dressed in sand so a good wash is essential. Helpers after a couple of hours could only wash one bag.

I began to cook, which took another hour – to chop the veg then saute. In the end, I cooked half a bag. Of which we only served a fifth. By the next day, the unwashed bags had began to rot. In the end, they became compost.

Sigh. Lessons learnt. I’m so much better now at prepping for dinners and dos. Anyhow, here is my winning peanutty red amaranth dish – beloved by everyone who has tasted it.

While it reminds me of the green, I find the texture and results when cooked markedly different. With peanut butter, it takes on a silky creaminess that green doesn’t have. And there’s something about the flavour that’s other worldly in my humble opinion. I LOVE. And the colour too – a beetroot, zobo hue that screams health to me :).

I also like that it is common many cuisines, from Zimbabwean cuisine where it is called Mowa to in Indian cuisine too – so many similarities in our cuisines!

Anyhow, I prep my veg – tomatoes, onions, chilies. I also washed my ‘reds’ and separated leaves from stalks. 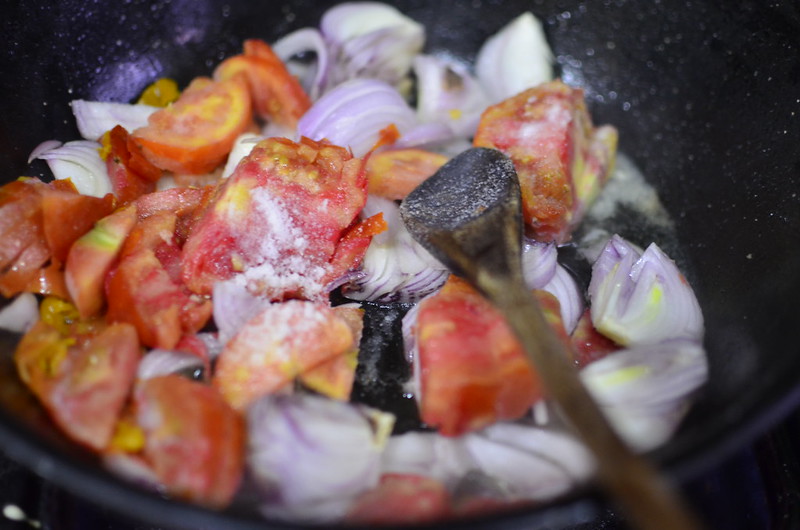 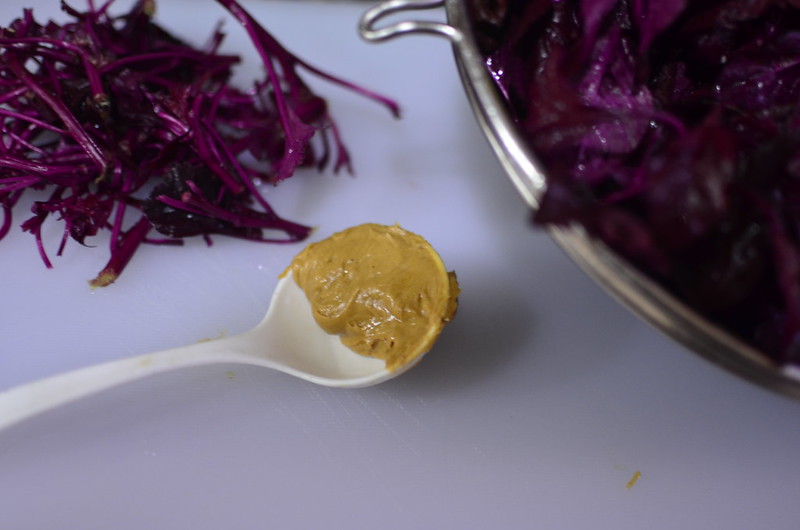 The stalks went into the saute with the tomatoes, onions, chilies…did I mention a pinch of salt? 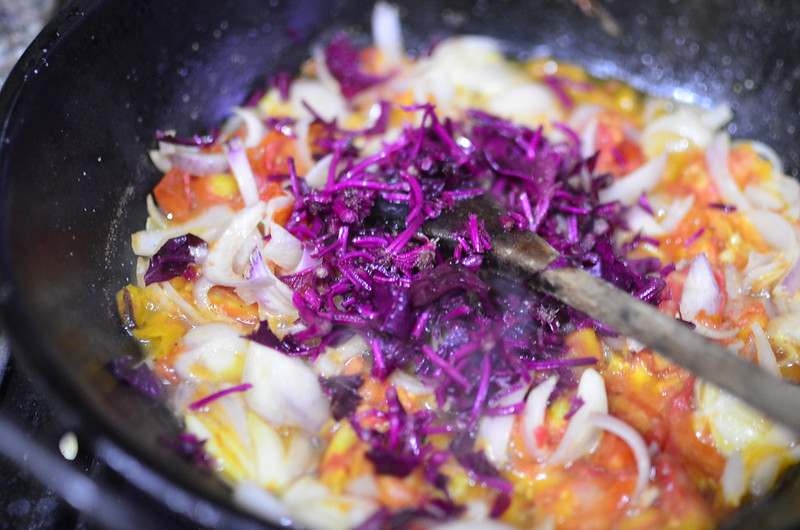 And then after a few minutes, in went the leaves. 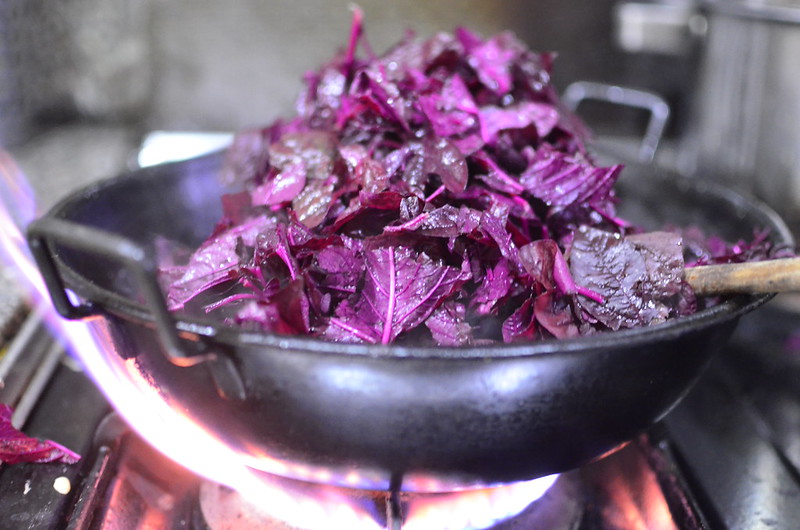 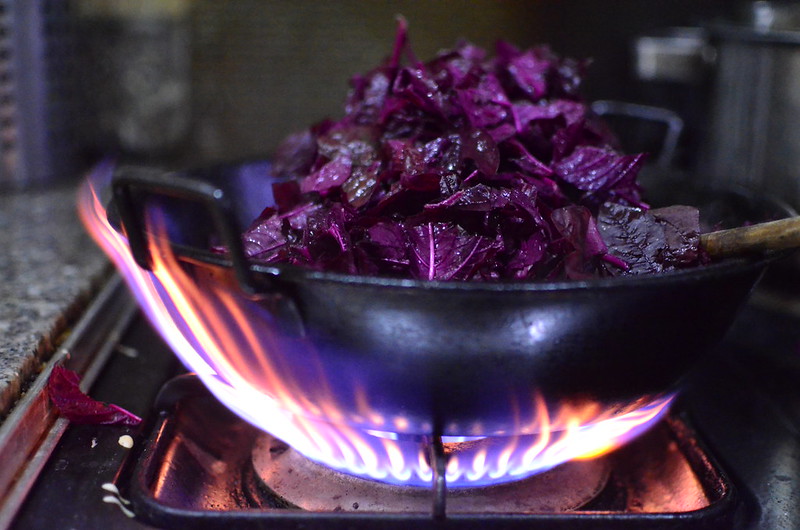 The colour then transits from a ‘red’ to purple. Kind of. 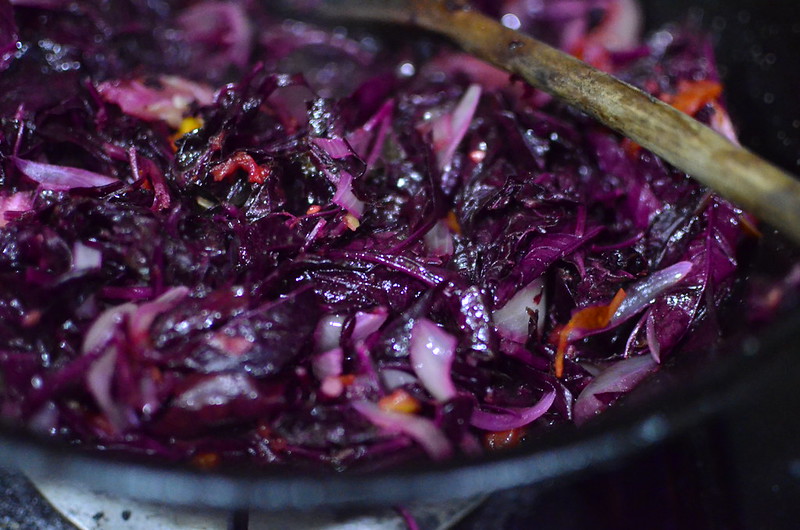 Read: How to make a quick and easy peanut butter sauce

This gets drizzled in 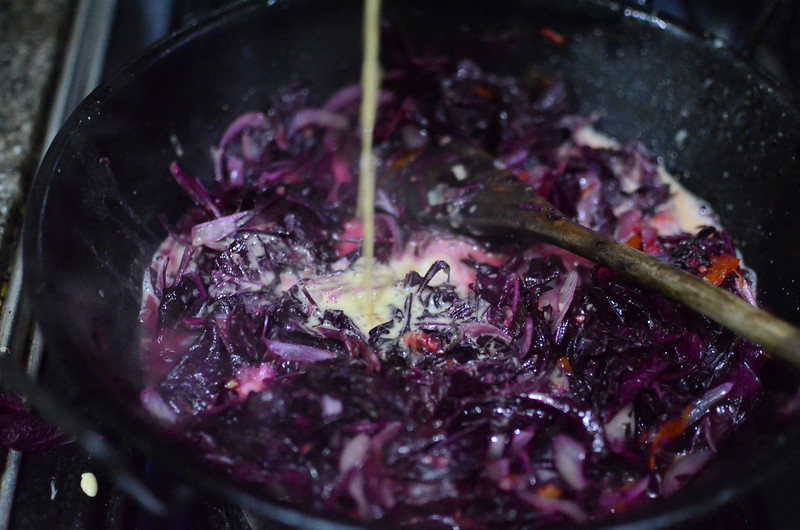 I also throw in a handful of peanuts, because the texture when cooked is amaze balls. The peanuts soften but don’t get soggy, they soften with a delicate crunch. WHICH. I. LOVE. 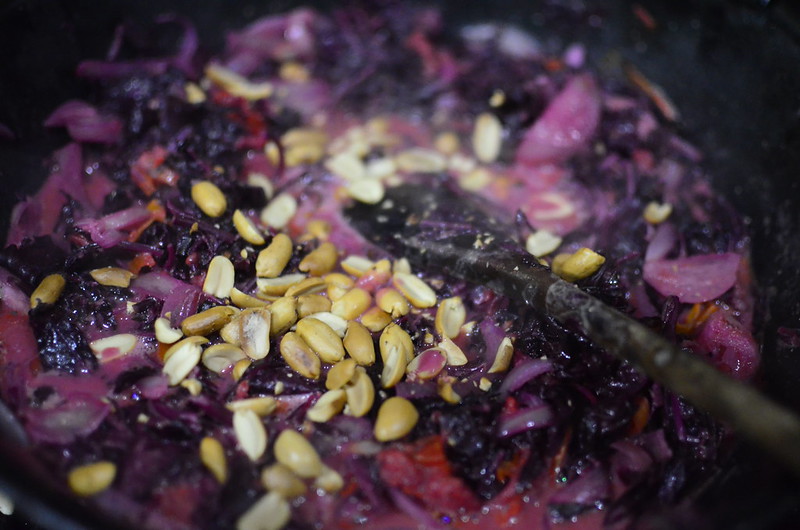 I taste – I like the nutty flavour to come through, so if need be, I add a dollop or two of creamy peanut butter – homemade, store-bought, crunchy, smooth – whatever tickles your fancy. 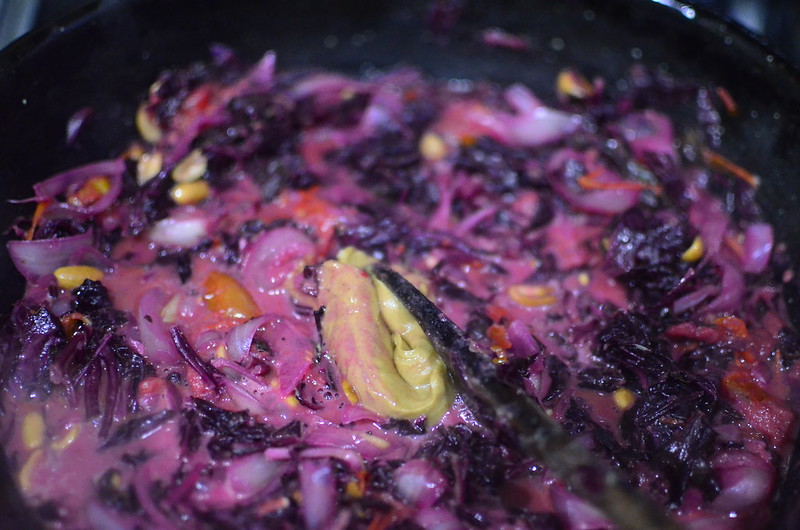 The end result is creamy, soft, delicious ‘reds’, perfect with anything. 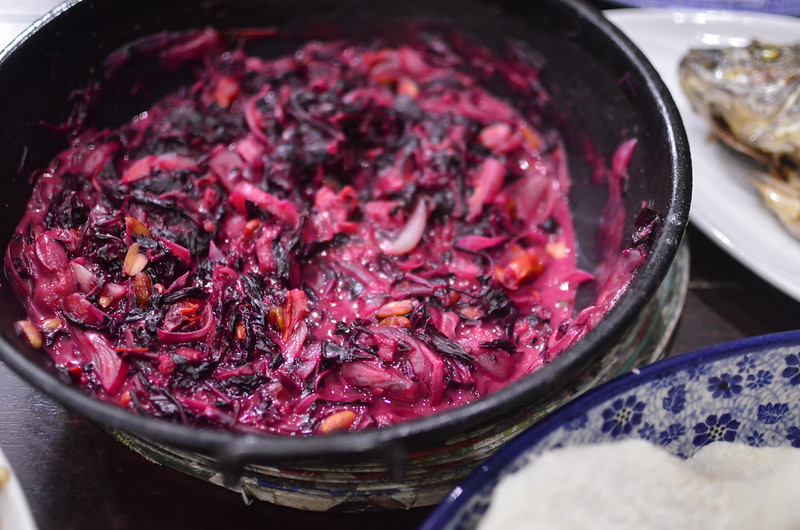 We had ours with boiled yam but I’ve had it with rice – Jollof :), white and all sorts. Interesting, we got some ‘beans‘ flavour notes (without the flatulence though, Thank God!), I’m not sure why but still, we love it!

Definitely up there with the best things I’ve every made.

What do you do with yours?

Passionate about food in its entirety – cooking, eating, dreaming, writing and photographing it. ‘Traveller, by plate’, using foodways – the social, cultural and economic practices relating to the production and consumption of food to explore Nigerian cuisine & the world for ‘food is more than eating’.
You might also like
New Nigerian kitchenNigerian Leafy VegetablesRecipes