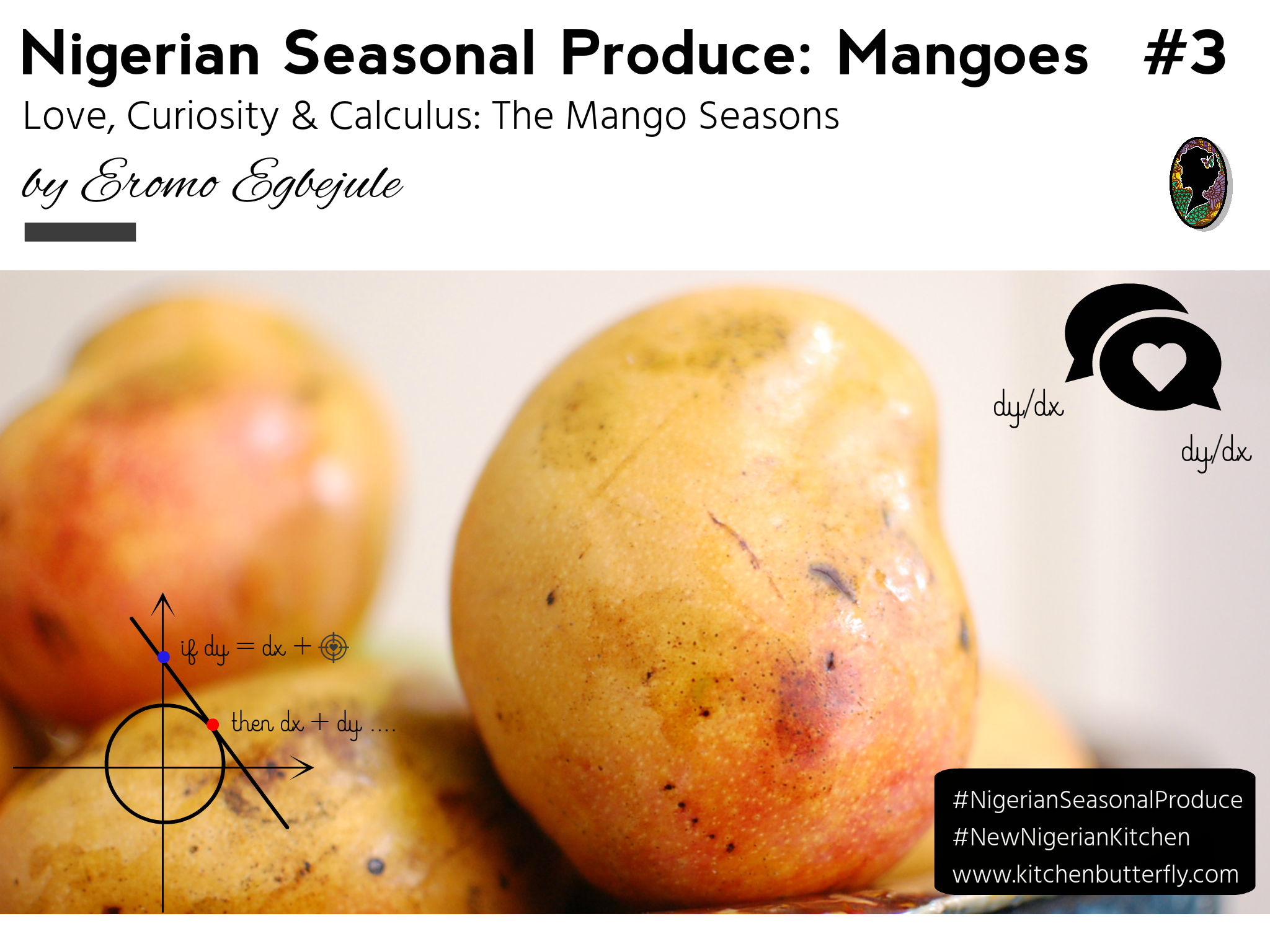 Our author this month is Eromo whose writing I love, love, love and he’s talking about Mangoes, which are up there with my favourite fruits.

What if it was a mango and not an apple, that fell on Isaac Newton’s head?

The first time I imagined this, I was a teenager whose head was bursting after being introduced to calculus. I was perplexed to find that Newton was behind some of the most interesting but annoying concepts in mathematics, physics and science generally. And even though I had never seen an apple tree yet then, I imagined that it could not have as much shade as a mango tree would. It would therefore make infinitely more sense for a tired scientist to sit under that, seeing as the air conditioner had not yet been invented.

“After dinner, the weather being warm, we went into the garden and drank thea, under the shade of some apple trees…he told me, he was just in the same situation, as when formerly, the notion of gravitation came into his mind. It was occasion’d by the fall of an apple, as he sat in contemplative mood. Why should that apple always descend perpendicularly to the ground, thought he to himself…”; Source – from the manuscript of what became a biography of Newton entitled ‘Memoirs of Sir Isaac Newton’s Life’ by William Stukeley, 1752 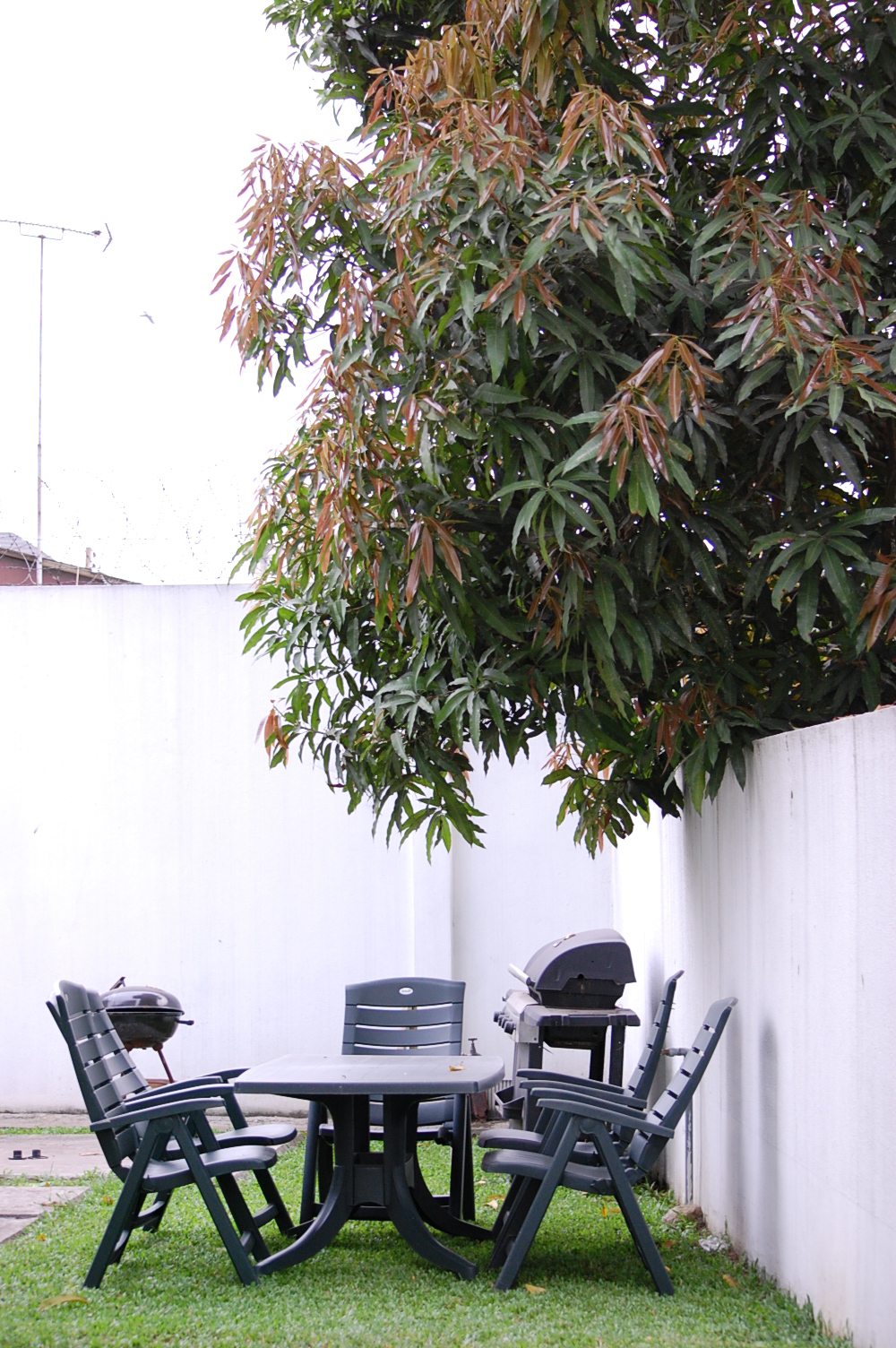 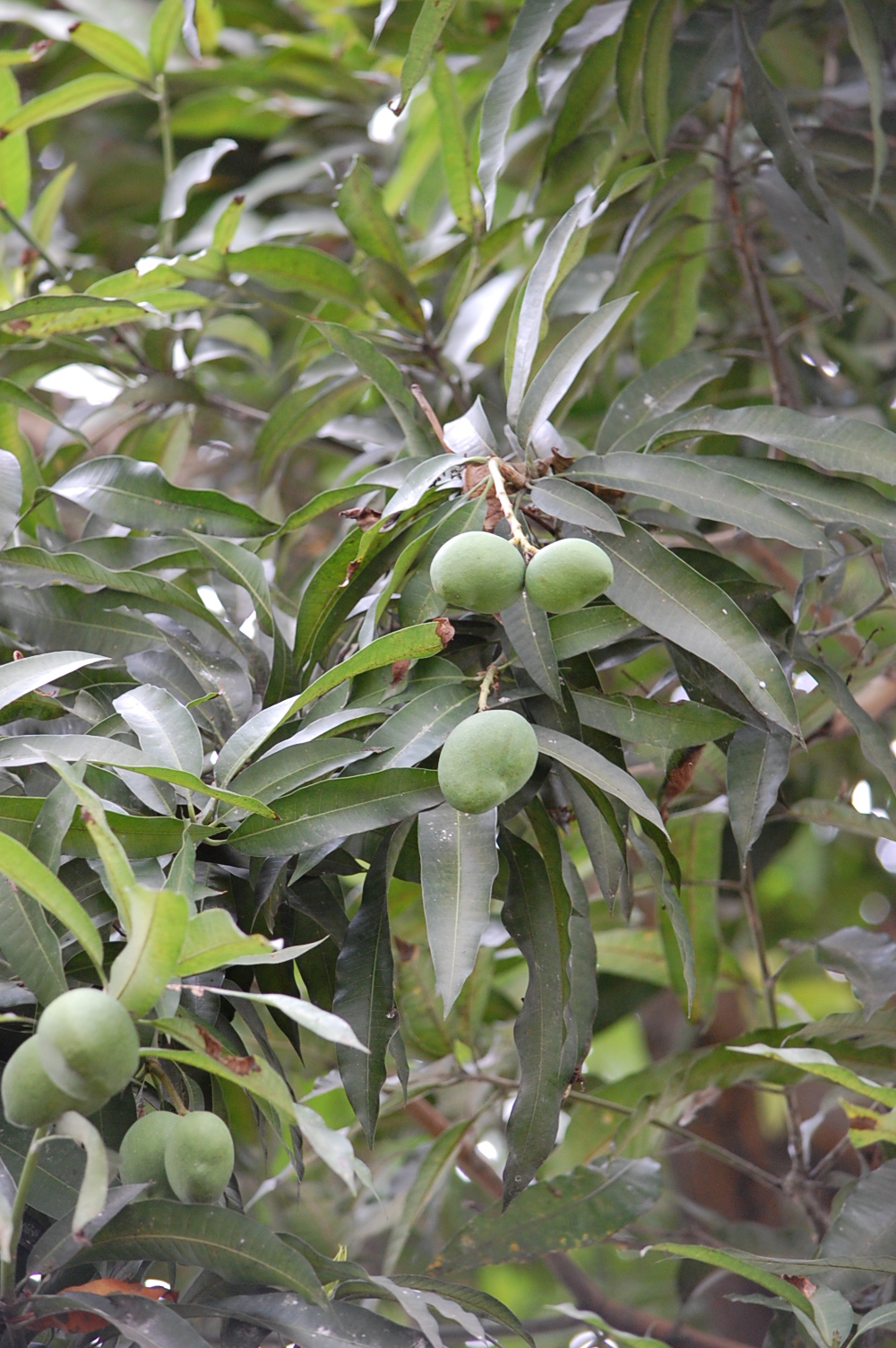 “Do you dy take dx this day as your lawfully wedded partner, in differentiations and integrations, to love and to cherish, in fluid mechanics and so much more…?” 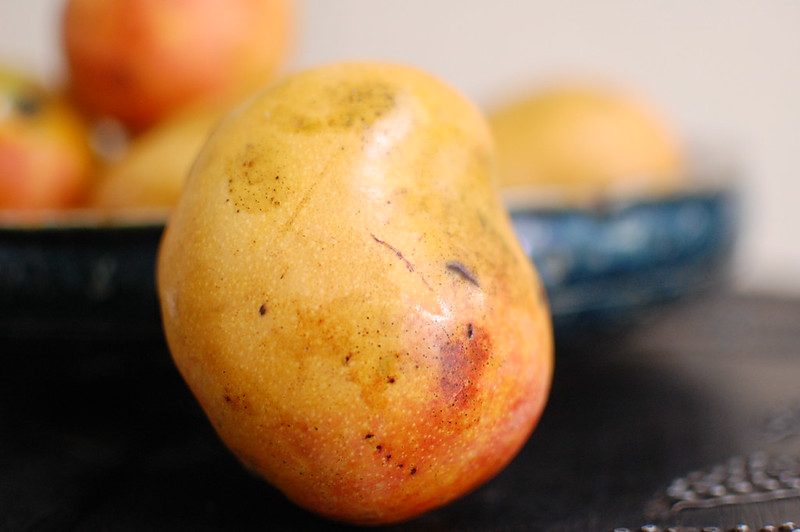 As far as I can remember, I have had a chequered history with the mango, that unassuming fresh and juicy fruit. In my neighbourhood, it was commonplace to see parents beat up their children for allowing the yellow juice meander like an overexcited river tributary down their arms and onto their clothes. In my house, we got stern warnings repeatedly to be careful and then when my father could take it no more, a lecture on how to slice the fruit cleanly with a table knife and pick up from a plate. It took away the joys of licking mangoes away from me and I soon switched favourites – from the mango to the tangerine. 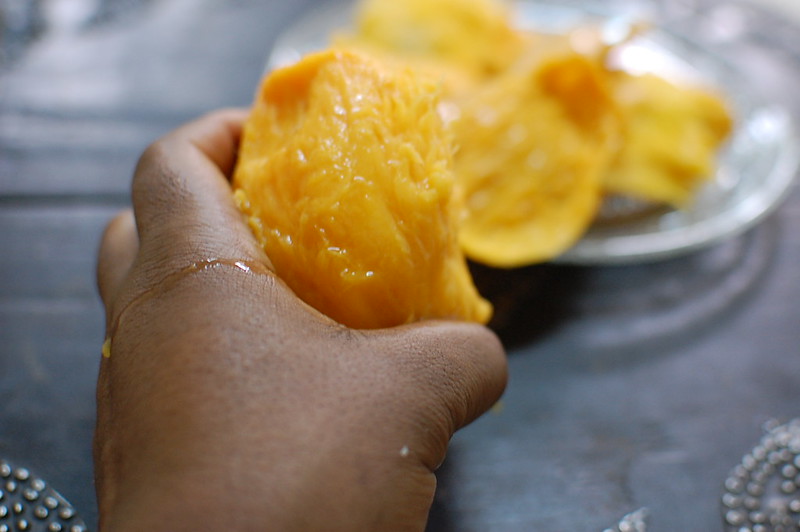 I was only ten before I found out that hidden in dried bush mango seeds was the harbinger of joy – the ogbono seed.

I remember the first time someone told me my head was shaped like an opiororo – a sweet mango. I was only seven.

It was in primary school in the Delta and there was a time-honoured tradition that during recess, we would sharpen the beaks we had for mouths and hurl cute metaphors as insults in a game of ‘wording’. It was the very same game that people in the abroad euphemistically word as ‘Your Mama’ jokes, just that they were directed at you, not your family. Because we were way younger than those guys, these stung more.

There were the ridiculous nicknames…

There was amala* slander…

You mess so bad, amala had to call police!

There were global warming jokes…

There were subliminals at the government…

Your head so shapeless, it’s like an abandoned government project!

And then there was the downright cursing…

Your head so shapeless like a giant feeding bottle;

Your head so ugly like a giant opiororo mango. 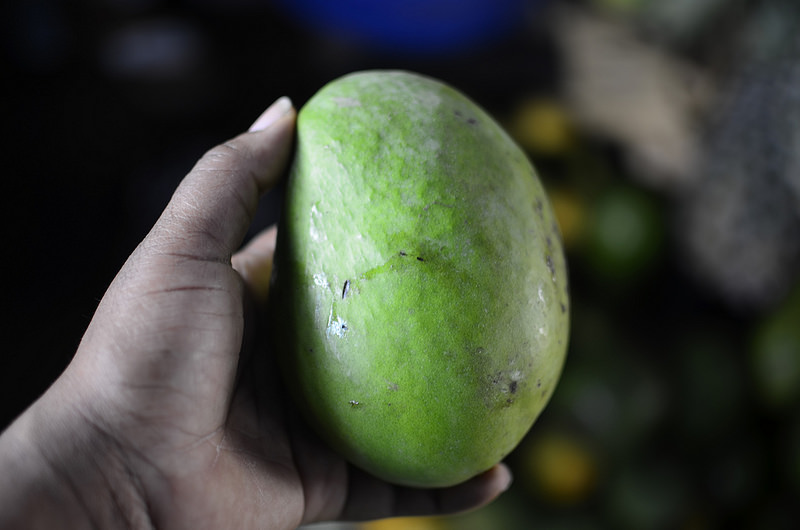 I was shaken to my bone marrows and went back to class in a sullen mood after the banter. I never hung out with those guys ever again.

I was sixteen and an engineering freshman when I first heard someone tell someone else that her lips looked fresh, as a soft fleshy mango and he could not wait to sink his lips into them. It was a line so impressive in its thinking, its delivery and as I assume, its impact, that I used it while helping a classmate write a love letter later that semester.

I was twenty when I was first introduced to Mango Season, the satire blog of my friend Jason Abaga. I cannot remember why he named it that but he was taking thinly veiled shots at the entire Nigerian music industry, including his big brothers and I was there for it. I begrudged him for the longest time when he got lazy and stopped blogging, but that’s a story for another day.

I was eighteen when I first learnt that the mango was the national fruit of India and there were festivals – some till this day – celebrating mangoes only. Apparently, the fruit first made its appearance 30 million years ago in the area now known as Northeast India before moving to the south of the country. There visiting Portuguese explorers, named it mango, a corruption of its Malayali name, maanga.

I read about the legend of Buddha getting a mango grove so he could rest and teach later. It is irresistible to imagine that there must have been a number of Newton moments for him. Being so loving and kind and philosophical as he is said to have been, he must have foreseen the tears of a billion science students years into the future and decided to teach about fallen mangoes, rather than linger too much on science theories. 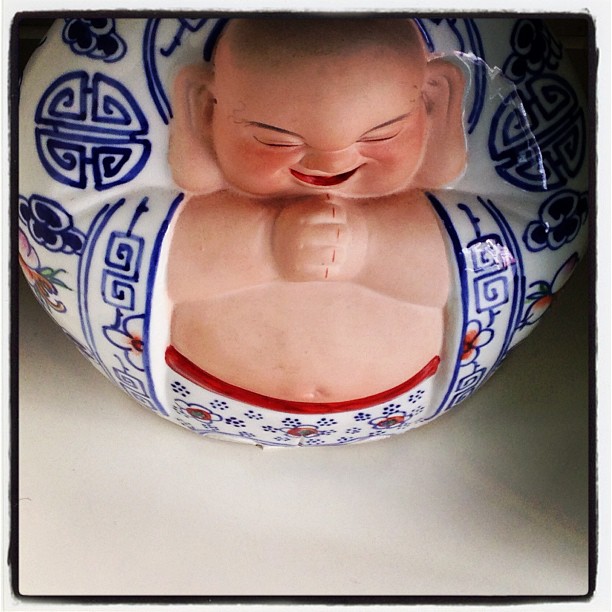 A lesson for the overly inquisitive Newton, no? Wyd, Isaac?

Eromo Egbejule is a sleep-deprived writer and journalist who will do anything legal to get free food and travel tickets. He tweets and showcases his amateur photography @EromoEgbejule 🙈

Eromo’s writing can be found in The Guardian and beyond.