The Anatomy of a Purple Pear, Ube

Wikipedia described it as ‘an ellipsoidal drupe which varies in length from 4 to 12 cm.’ Known by many names from Ube (Igbo) to Safou (French), elemi (Yoruba), eben (Efik) and orumu (Benin), it appears its botanical name, Dacryodes edulis comes from the Greek word ‘dakruon‘ (a tear) and ‘edulis’ meaning edible. I love the depth of colour of the skin, and the variety. I’ve seen deep purple to dark blue fruit, with the flesh coloured in varying intensities of green, from pale to light.

The fruit, about 4 – 5 cm in diameter consists of skin, flesh and seed. The main width of the fruit is taken up by the central seed around which the skin and flesh, a couple of millimetres thick are wrapped round. 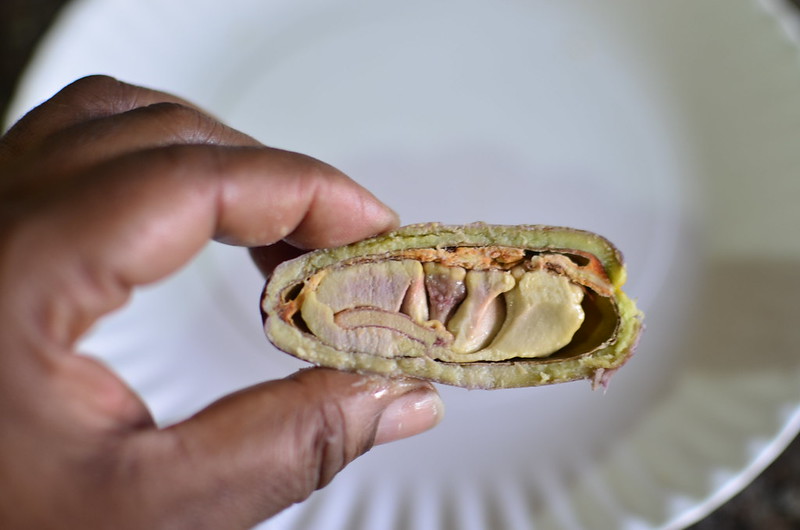 When is it in season?

Ube has two seasons – a major and minor one. The major fruiting season in Nigeria kicks off during the rainy season in May, just when mangoes draw their last breath and corn begins to fruit. It lasts till October; and the minor season lasts from November to March.

What is its provenance?

It is indigenous to the sub-Saharan, Gulf of Guinea region, from Cameroon to Congo, Gabon, Zaire and Nigeria.

The fruit  changes colour from pink to bluish-black. 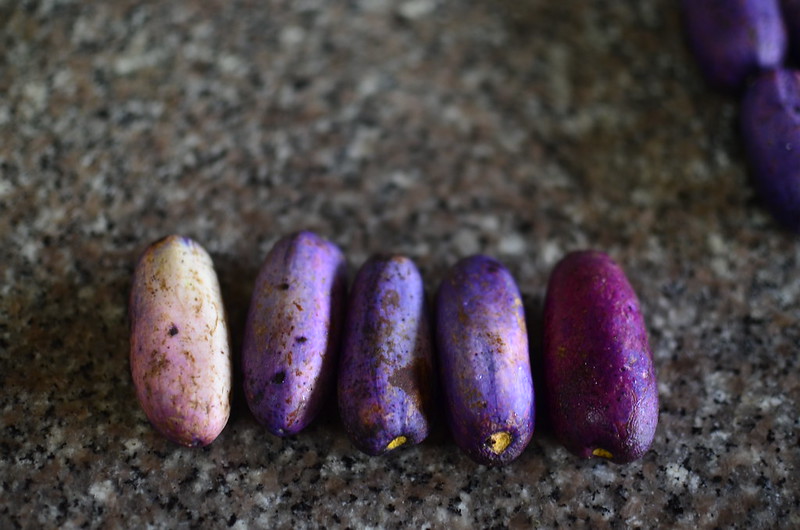 How is it cooked?

The fruits are boiled or roasted and often eaten with corn. 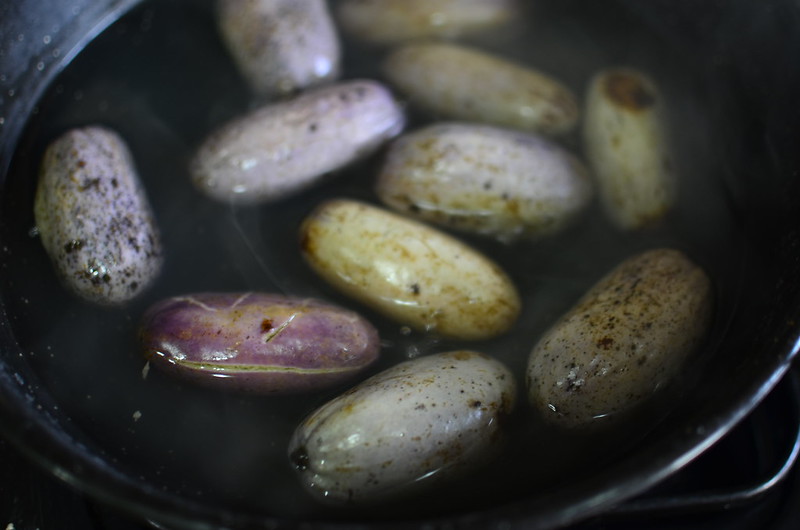 What to do with it?

There are so many things you can do with it, from