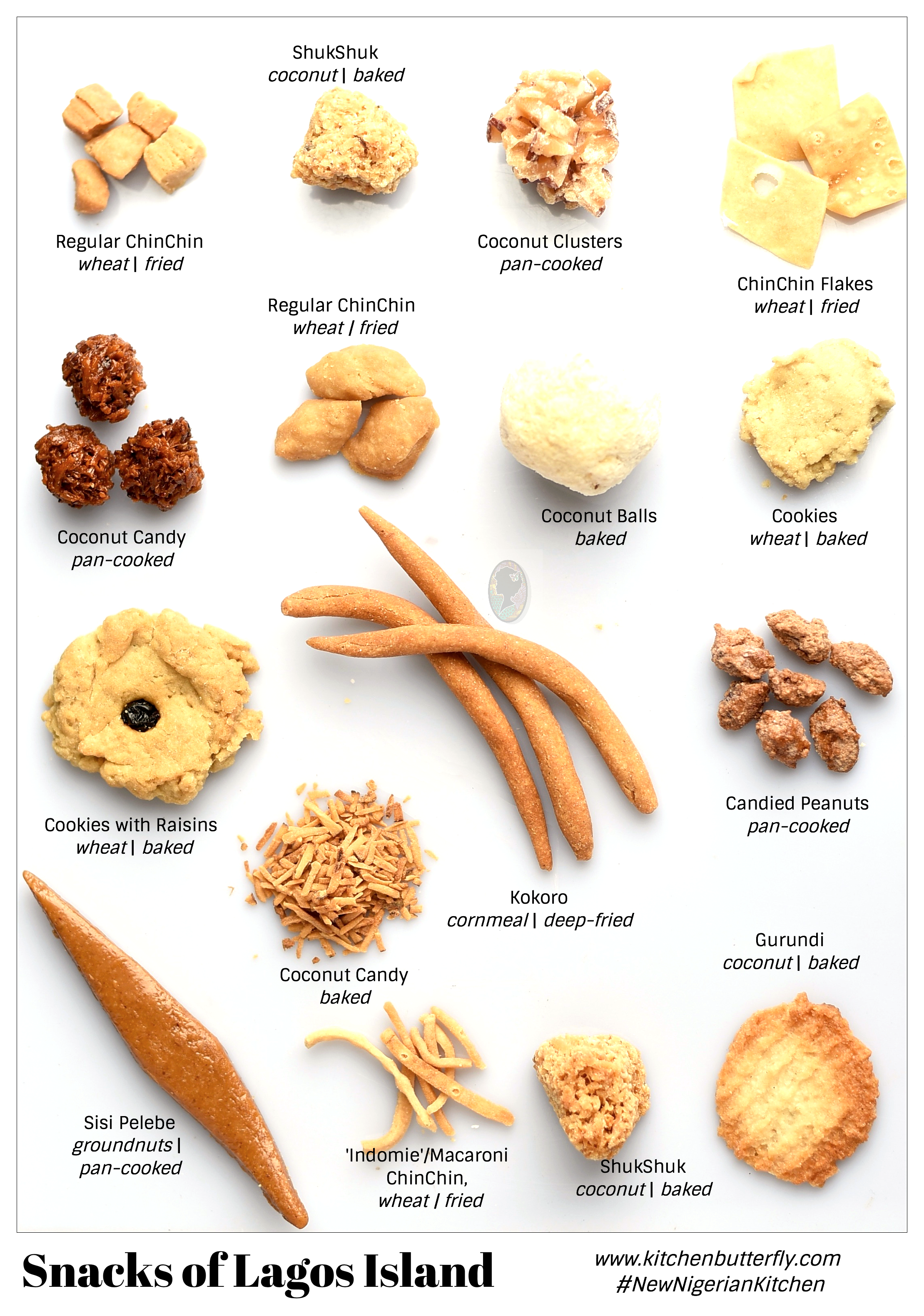 or The Almost Complete Guide To Nigerian Snacks. There are more but I believe these form a solid foundation upon which others can be referenced.

If you have soft teeth, these might not be the cookies or confections for you. They are hard. Mostly. Hard for preservation purposes? Maybe, but hard they are. Popular on Lagos island – in the Brazilian quarters from Igbosere where there is a High Court to Ghana High, the site of a popular local restaurant close by the former Ghana High Commission, there are an assortment of cookies, sweetmeats and other confectioneries lining the streets.

In this snack, the common ingredients are coconut, groundnuts and wheat with the occasional cornmeal one.

Quite a number of snacks are ’round’/ spherical; 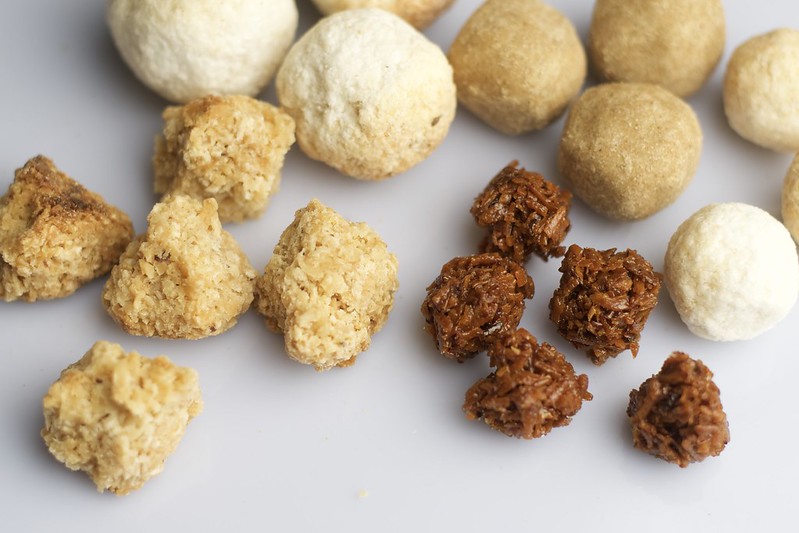 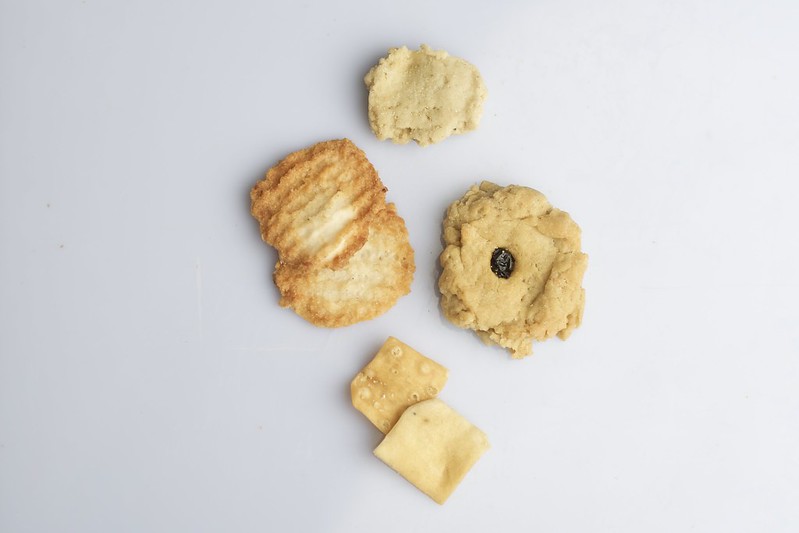 Almost all of them are hard in texture from various cooking processes. Some are baked, others deep fried and still more cooked in sweeteners to the hard candy stage. These suggest snacks that could keep for a long time. Preservation techniques aside, they are delicious and most importantly, have a place in our memories, my memories of growing up Nigerian. I’m thrilled that they’ve been here through the ages, intrigued that similar snacks also exist in Benin Republic, Togo, Ghana and possibly other parts of West Africa.

Most of the makers and sellers in Lagos are women from Benin Republic, and Togo and I haven’t quite worked out the links. Add to that, the fact that I’m also really looking forward to researching (one day) the popularity of similar confections in Brazil in the era of slave trade. This suggests that these have existed for a few hundred years.

The slaves employed in the Big Houses had highly specialized functions, and two or sometimes three of them were always reserved for work in the kitchen. Ordinarily these were enormous black women, but occasionally they were male Negroes who were un- suited for hard labor but who were without a rival in the preparation of culinary sweets and confections.

Of these three centers of Afro-Brazilian cooking, Bahia is without a doubt the most important. The sale of confections in the street there developed as in no other Brazilian city, with a true civil war prevailing between the cakes sold on trays and those made at home. The street commerce in the old days was conducted by Negro women so expert in the confectioner’s art that they managed to get together quite a little money by selling their wares.

The fact is that the ladies of the Big House and the abbesses of convents at times engaged in this occupation, the nuns accepting orders even from abroad for dried sweets, gumdrops, marchpane, sugarplums, and other daindes. Vil- hena speaks of these sweets and other dishes— confections made at home and sold in the street, the trays containing them being borne on the heads of Negro women, but the profits going to the white ladies…; Source: Gilberto Freyre. 2002. ‘The Masters and the Slaves ‘ (Casa-grande e senzala)’.

In The Masters and the Slaves, Gilberto also gives some indication of the kinds of sweets – like coconut

As they went about selling sugar-candy, coconut-bars, and other sweets, the Negroes would sing:

he weeps be- cause he does not have a cent.

There are those made from coconut – and it would surprise you that there are pretty good number, at least 6. These coconutty bites, hard, crunchy are baked, cooked till ready. Some the colour of molasses and others golden and caramel. 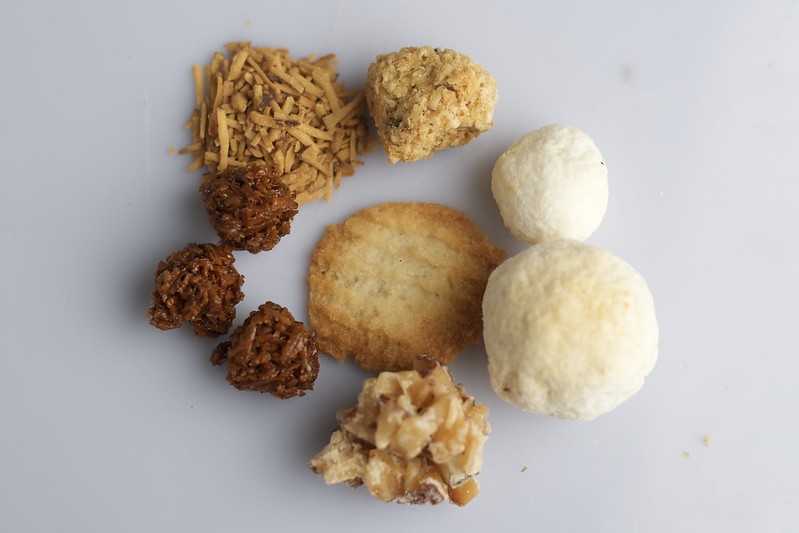 There’s Shukshuk. Chukchuk. Prickly prickly, like the knee-high grass we walked through as children, socked up to the knees – chukchuk left its arrows, shot on cotton socks white and onomatopoetic as it literally chukked you,  the grass leaving little spears in your socks. Think of it as a macaroon though I’m not sure yet

There’s Gurundi. Hard, flat, made with the same technique as French tuiles – a light batter spread with a (palette) knife and then marked with a fork so the surface is ridged. Made with ingredients and made in a way that it could last forever. Almost.

And different types of coconut candy – made with honey, toasted then sugared, clusters with sugar and snowy white balls.

There are those made from groundnuts: plain, roasted peanuts; candied peanuts, skin on; Sisi Pelebe – a groundnut toffee shaped like an elongate diamond; dankuwa – groundnuts and other nuts ground into a meal and pressed into little balls that crumble and melt on the tongue, barely held together with whispers of sugar, chili powder and the barest drizzles of oil and water just enough to bind the balls. 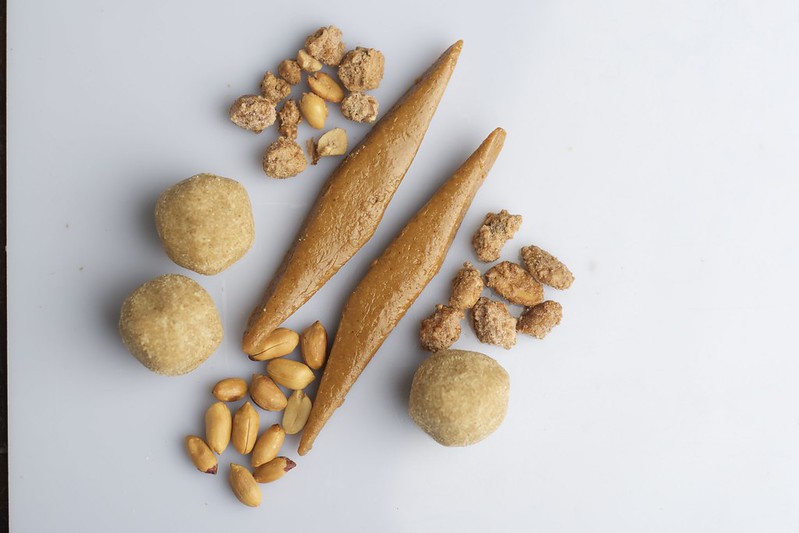 There’s kulikuli, groundnut ‘cakes’ made in a manner that is actually quite smart but may appear counter-intuitive because you grind roasted groundnuts into a paste, press out the oil by adding water to the mix, form into cakes and fry in the pressed oil till crisp. The kuli kuli cakes keep forever like this. Amazing preservation techniques, no?

There is chinchin – a few ways. Made from wheat dough, oft seasoned with grated nutmeg, shaped and and fried to golden perfection.

There are chinchin flakes that resemble little diamond cookies, replete with bubbles and then there are the crumbs which school children buy, tied up in little bags. Regardless of its shape, it’s deliciousness is assured. 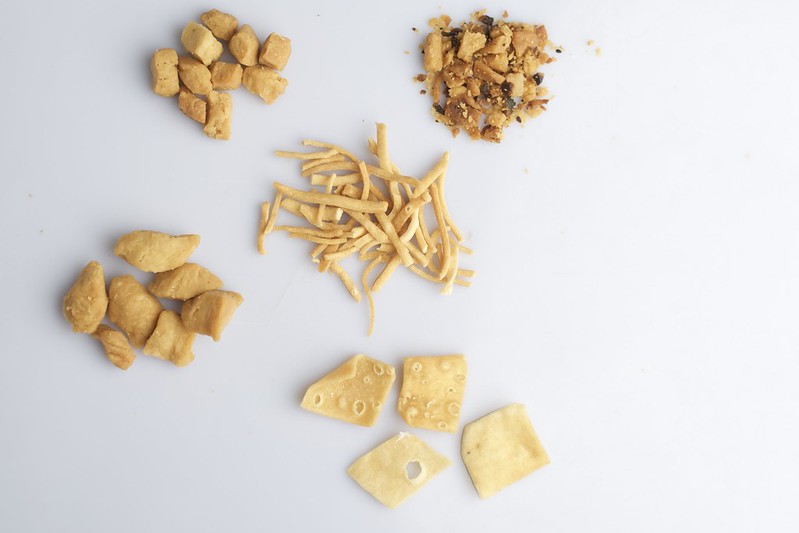 There are also ‘Cookies’, named as such. Rough edged, roundish cookies sometimes studded with a raisin. They are my son’s favourite. 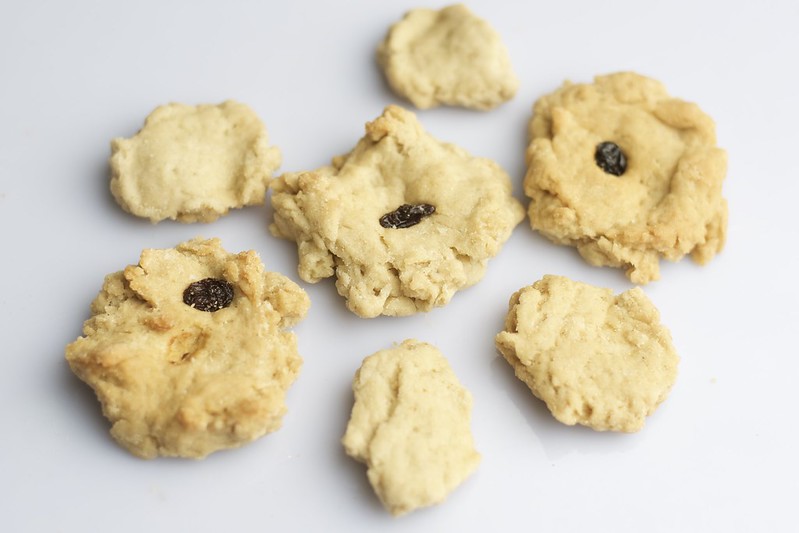 Made from corn meal chaff (after the starch has been removed (to be made into pap), cooked and rolled into pencil-thin, slightly curvy sticks, sometimes longer than a 12-inch ruler, other times not, Kokoro is hard and crunchy and reminiscent of taco shells. 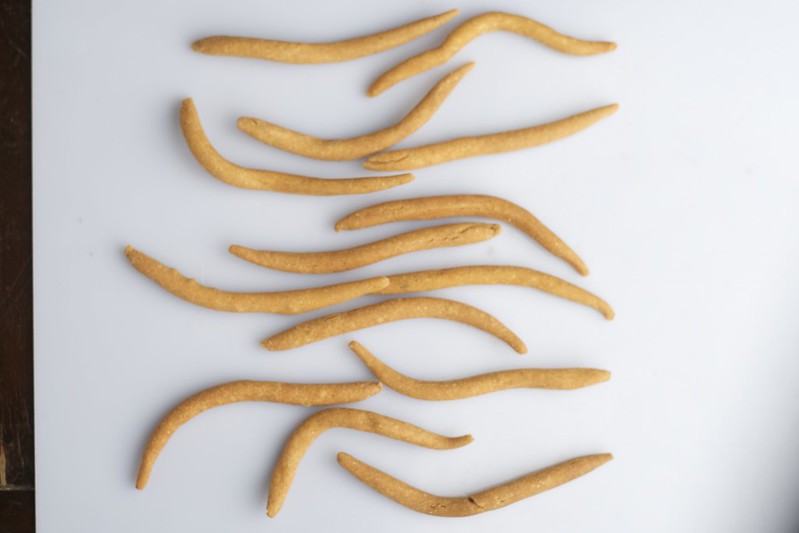 Dankuwa too is made of groundnuts and cornmeal.

Isn’t it amazing how these have remained through the ages?

I wonder if they’ll ever go away – I don’t want them to. Ever. Maybe a few variations on the theme but yes, stay forever and ever.

Did I miss any?