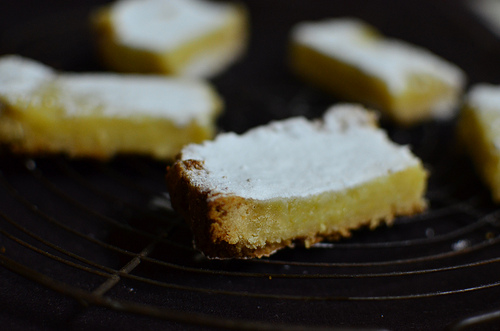 Do you sense it as well? This grasping at straws. The Meyers are leaving me be. And I sit here, moaning the end of a season, a friendship….a love affair even, …..with Meyers, my Meyers.

The strawberries are no better. They’ve turned an insipid colour that I won’t dignify by calling red. For these bear no resemblance to the  vivid red fruit  I am used to. 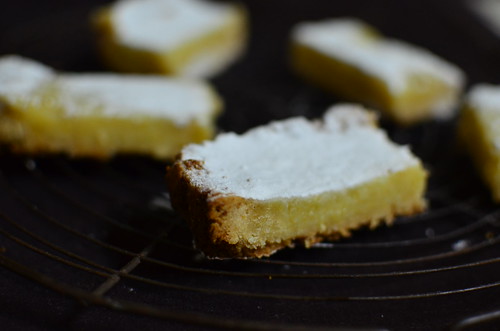 My Meyers are deserting me but somehow I know its not forever. I understand it. Have experienced this before – this sense of loss at a much-loved friend leaving. Moving away. Not because of me…but because the time has come, because its time for a new dawn. 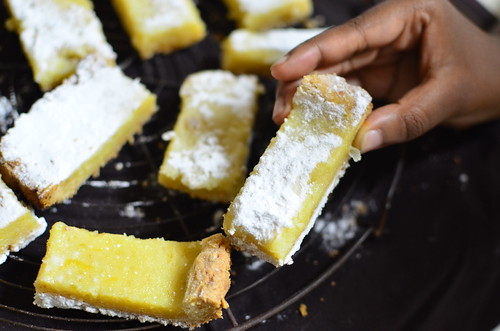 We celebrate, we dance, we exchange gifts and we part with a friendly kiss. Hugs tightly given, and eyes awash with tears. I know I’ll see her again. For now though, its time to say adieu, goodbye. She has to leave now. She’ll be back. Though in a new season of my life.

This recipe used up my last, fresh Meyer lemon – I have 5 in the deep freezer (do those count as still having Meyers in my possession?  I think not. Wink. Wink). 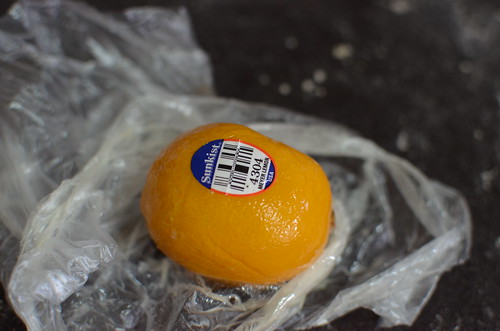 I’d longed for ages to make lemon bars but was afraid they would be time consuming. Till I actually sat down and read a recipe and realised I could whip it up in an afternoon.

After reading a few posts, I decided to go with Bridget’s recommendations. On her blog, The Way the Cookie Crumbles, she explores 3 lemon bar recipes: from Cooks Illustrated, Tartine’s Bakery and David Lebovitz.

She recommended the Tartine crust and the Cooks Illustrated filling, all of which I built on in making mine!

Without further ado, here it is.

This recipe features a crisp, browned shortcrust base that snaps and crumbles with delight. The filling is made up of a whole blitzed Meyer lemon, as well as lemon zest from regular Eureka lemons. Hence the Lemon & Lemon bar name!

The crust is adapted from the Tartine’s bakery Brown Butter Shortbread. However, I swap their pine nuts (optional though) for almond meal, as I had some left over, and added crushed seeds of green cardamoms.

For the Lemon filling

To make the crust: Sift the confectioners’ sugar into the bowl of a stand mixer fitted with the paddle attachment. Stir in the flour. Add the butter and almond meal and beat on low speed just until a smooth dough forms.

Press the dough evenly into the pan and allow it to come up about a ½ inch up the sides of the pan. (I had excess dough because I used an 8-by-8 inch square tart tin. My kids were happy with the remaining dough, eating it by the fistful. As was I) 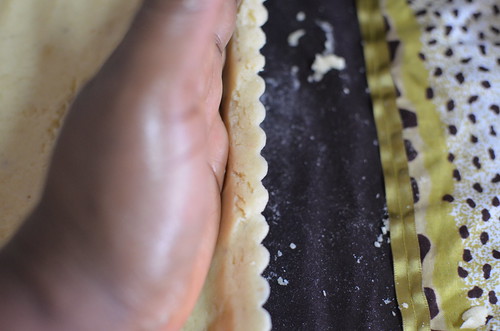 Line the crust with parchment paper and fill with pie weights. Bake the crust until it is a deep golden brown, about 25-35 minutes. 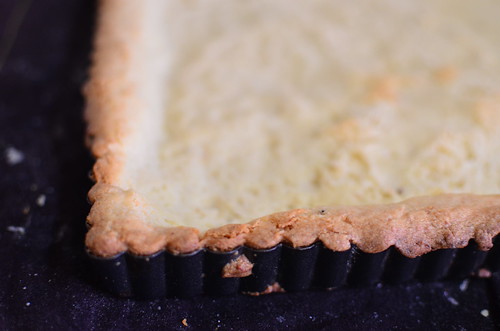 It can be tricky taking the hot tart base and tin out of the oven, filling it with the filling and putting it back without spilling a drop.

Tough as I anticipated it could be, I did it and did lose some filling.

You’ll have yourself to thank for it, trust me.

I make the filling while the crust is baking.

To finish the bars: Stir the filling mixture to re-blend; pour into the warm crust. 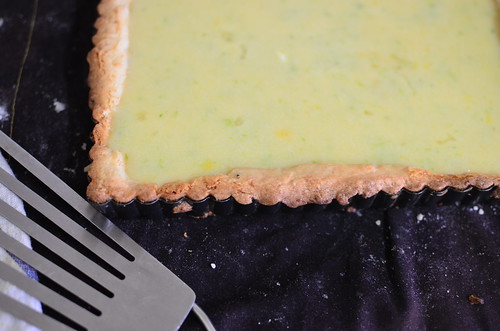 Bake until the filling feels firm when touched lightly and the center of the custard is set, about 30 to 40 minutes. Transfer the pan to a wire rack; dust with icing sugar and leave to cool to near room temperature, at least 30 minutes.

Once cold, refrigerate for at least half an hour before cutting. The refrigeration allows it set, and results in a ‘cleaner’ cut.

Transfer to a cutting board, cut into squares and dust the top with confectioners’ sugar, if desired. They will keep in an airtight container in the refrigerator for up to 4 days. 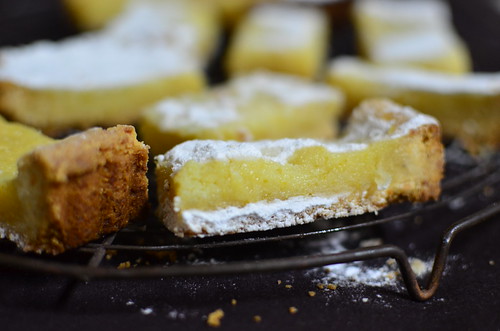 They are rich. These bars are.

And at mine, they got mixed reviews.

My son loved the first slice. He came for a second, which ended up in a tussle somehow…with his sister involved. it ended up in the bin.

Daughter number 1, the lemon lover said it was ‘too lemony’.

I soooooooooooooo wanted them to love it. But it wasn’t to be.

I did enjoy it to be fair but I am determined to embrace all things Meyer.

Especially at this last dance.

The base was perfectly coloured and crisp and the filling was nice and sweet. Pretty too.

Now I understand what lemon bars are all about, and why people cut them into ‘squares’!

Saying goodbye to a friend is never easy, but for one this sweet, it makes it bearable!!