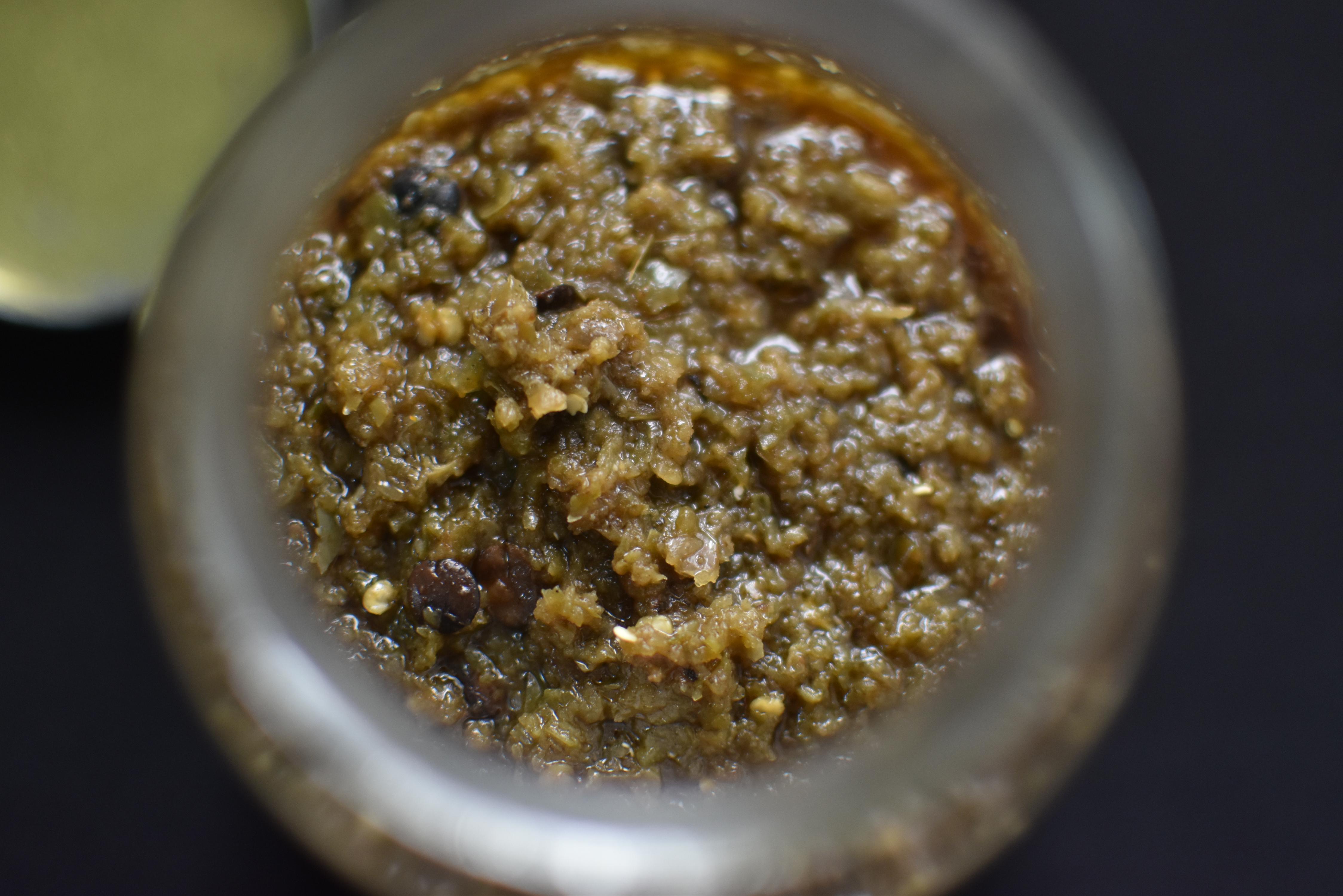 This post is prompted by me seeing green tatashe in the market and remember that they are the base for Ofada sauce.

Quite simply, Ofada sauce is a green pepper stew base fried in epo gbigba, palm oil which has been bleached, and seasoned with iru.

The common proteins associated with this are a variety of beef and offal or assorted, cut in small pieces, boiled and deep fried before being combined in the sauce. In this mode, it is known as designer stew.

The stew itself is a coarse textured stew which is a result of the blend. The idea is to fry the stew and let that shine through.

It uses bleached palm oil which is essential to the flavour. You can bleach it yourself at home or buy. It is crucial, potentially dangerous if not done with some care but essential.

READ: How to bleach palm oil

My recipe makes a base sauce which can then be applied in a number of different ways.

Tips – Make two green pepper blends – one with the bell & tatashe and the other with the scotch bonnets, habaneros. Then you can build the pot rather than compromising the entire mix if the peppers are too hot.

Tip – don’t process for long as you don’t want a smooth, creamy mix – you are after coarse.

Blend bell peppers & tatashe with as little water as possible. You can use the mix as if but I prefer to strain and let the liquid drain. I set both aside.

Then blend scotch bonnets and habaneros – using the water you’ve strained out from the bell & tatashe blend. Set aside.

Pour into a strainer and let stand for a few minutes till most of the liquid is out.

Heat up 1 cup of oil and add the sliced onions, a pinch of salt and a tablespoon of iru. I also like to add a few whole chilies. Stir and let cook till the onions take on some colour.

Add the strained mixture, reserving the liquid in case you want to moderate the texture.

Put a lid on and simmer.

Check for and adjust seasoning, adding more crayfish, iru if you like.

Stir occasionally and let cook till the sauce is fried, about 15 – 20 minutes or until the oil bubbles up to the top and around the rim.

Your sauce is ready!

I kept mine in a large jar. I made up different sauces with it.

Not for everyday eating but its great to finally attempt it and succeed. I love it!