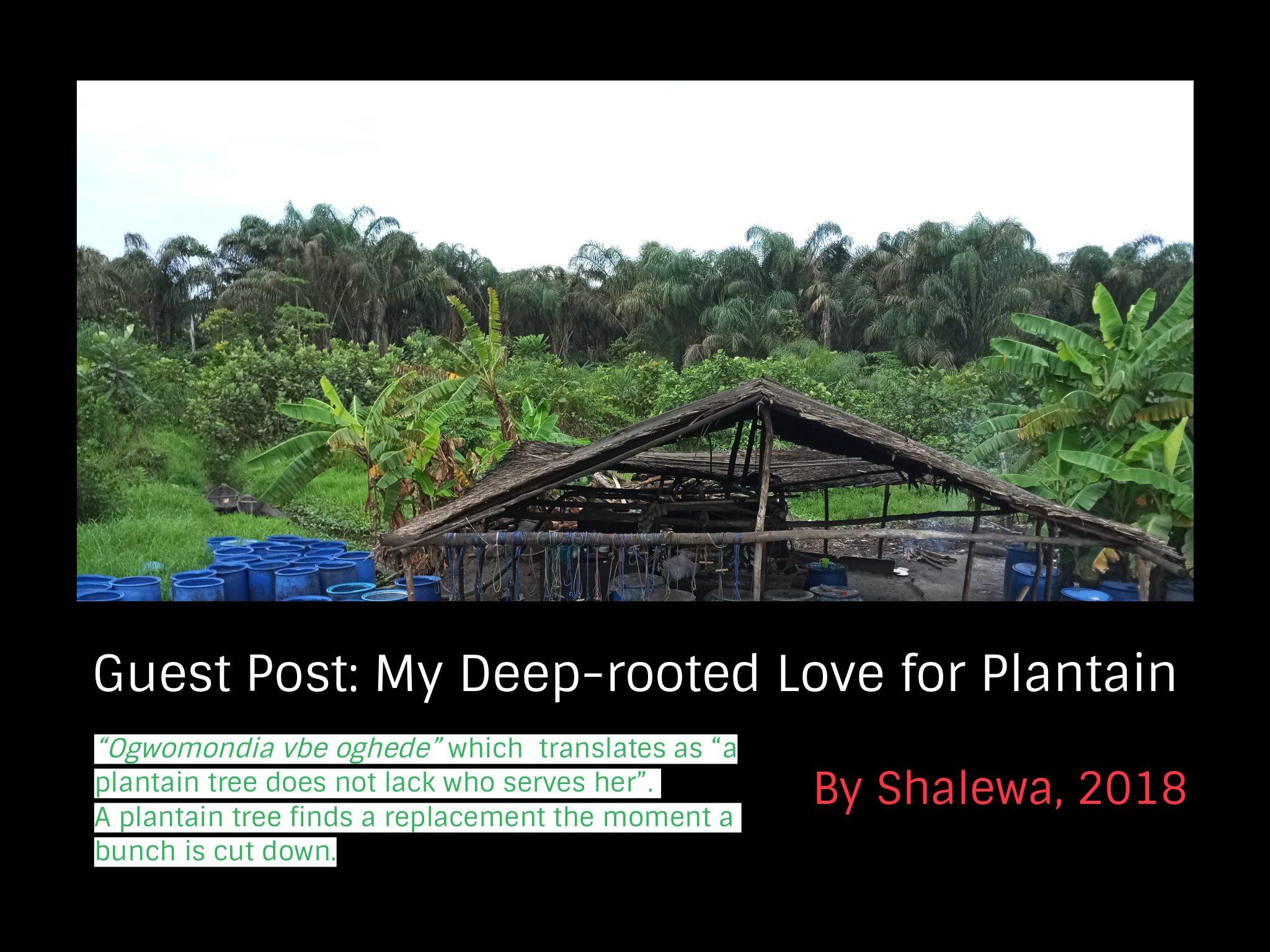 Plantain has been bringing joy to homes in Nigeria since the amalgamation of the North and South poles. That’s how deep I believe it. This saying isn’t any truer as Nigerian artiste Timaya testified to in his 2011 hit single “Plantain Boy”. You should listen to it if you haven’t.

The ease with which it is planted and also being a source of livelihood for many agro-based families and business ventures are pointers to this. 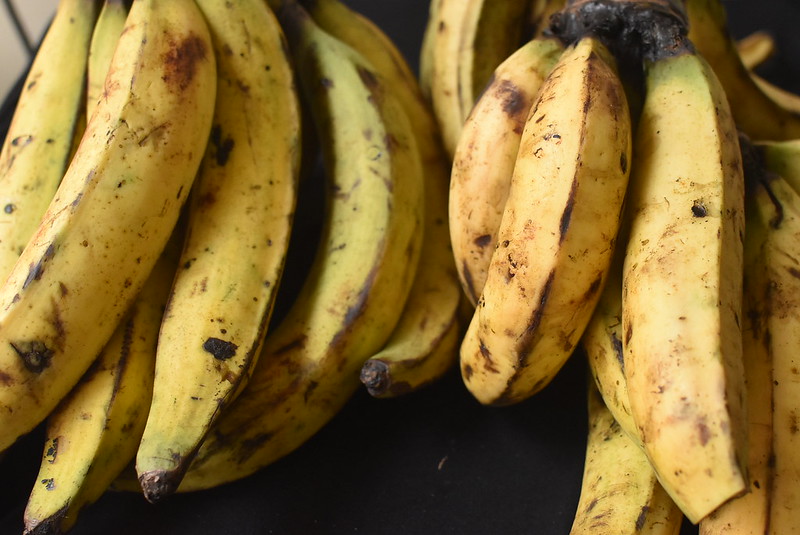 A famous Bini adage goes “Ogwomondia vbe oghede” which  translates as “a plantain tree does not lack who serves her”. A plantain tree finds a replacement the moment a bunch is cut down.

I see this first hand in my grandmother’s compound in Benin City, Edo State. Plantain trees which have been there for as long as 50 years have remained eternally and it’s the same story with many more plantain plantations across Edo state – one of the largest producers of the fruit abi vegetable in Nigeria.

Nigeria is the largest producer of plantains in West Africa with an annual production of 2.73 million tons; Source – finelib.com readings

I have a Bini mother from Edo State and a Yoruba father from Lagos State – both roots come together, you’ll see as I take you on a journey to discover real plantain fetishes, issues and a symbiotic relationship between these two states or maybe a love story. *goofy*

I mean, who else is more qualified to talk about plantain than I?

Plantain is a staple and affordable food in Benin [relax guys, not contesting the legendary ema and egusi (pounded yam) and egusi soup). You can tell from the very generous and monstrous half inch thick slices of fried plantain served as a complimentary dish with rice or stewed beans in Benin City.  Plantains from Benin, especially the ones from my grandmother’s compound, are notorious for being very large, firm, mature, deep green in colour, weighty and famous for ripening evenly and naturally. Its yellow color when ripe is a beauty to behold. The team lai skin and spotless beauty from the rich rain forest vegetation, in the land of one of the richest cultural heritages on African black soil, standing tall wearing its sucker as a crown, kinging like it should has all-round nutrition and health benefits.

Plantain Tradition: Contrary to a largely common method of frying plantain in groundnut or vegetable oil, there is a large preference for plantain being fried in palm oil in Benin as it believed to unearth the real flavor within as well as making it more palatable; my grandmother’s favourite which we also grew to love each time we visited Benin.

Safety First: It is not advisable to fry plantain with unbleached palm oil indoors as it can be notoriously uncomfortable, smoky  and choky. It’s sure to set off your smoke alarm!

Some delicacies gotten from unripe or ‘green’ plantain as it’s popularly referred to in Nigeria are far more in that region. 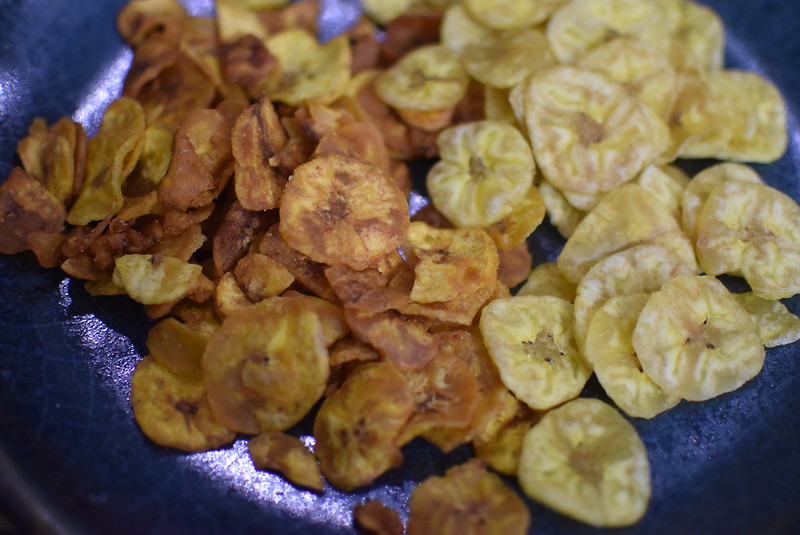 Plantain’s nutritional value includes minerals and vitamins such as dietary fibre, iron, magnesium, potassium (good for the control of heart rate and blood pressure) Vitamins A and C and low in starch.

Plantain Myth: My grandmother and late step grandmother had a superstitious belief of placing conjoined twin plantains behind their butts to slice open as it is widely believed to bring forth twins.

You be the judge but all I know is that I’ve been peeling conjoined  plantains that way since I was old enough to cook. *plugs in earbud to play Wyclef Jean’s “Anything Can Happen”.

My mum – enjoying all of this nutrition as a young girl in Benin – decides to embark on a journey to an area that isn’t such a producer but a major consumer and knows something about plantation from its historical name “Eko” in a bid to share her knowledge on plantain recipes and ultimately strengthen bilateral ties.

From the numerous plantain farms in Benin, these plantains are driven through a 4 hour journey still retaining all of that freshness and nutrition until they arrive at Lagos depots such as the former Tejuosho market before it was rebuilt, Ido-Oro market in Mushin and Mile 12 market in Lagos state.

1) Quickly meeting a need in the ever busy lifestyle of Lagos when you’re on the go, designated mama put joints or

Unlike Benin, only the rich readily eat plantain in Lagos because it is quite expensive.

Rice and plantain. A popular serving of dodo is served primarily with white rice and jollof rice. 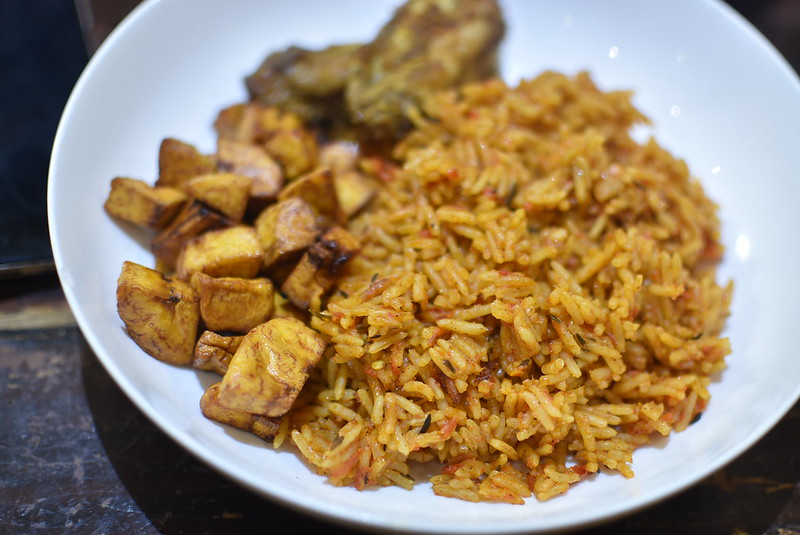 There is a rule to this however in the plantain rulebook: Dodo is sliced for white rice mama put jollof rice but is strictly diced for parties and events.

Dodo and Ewa Agonyin. A dish which started out being hawked on the streets in many parts of Lagos and mama put joints has now been incorporated as a party dish. 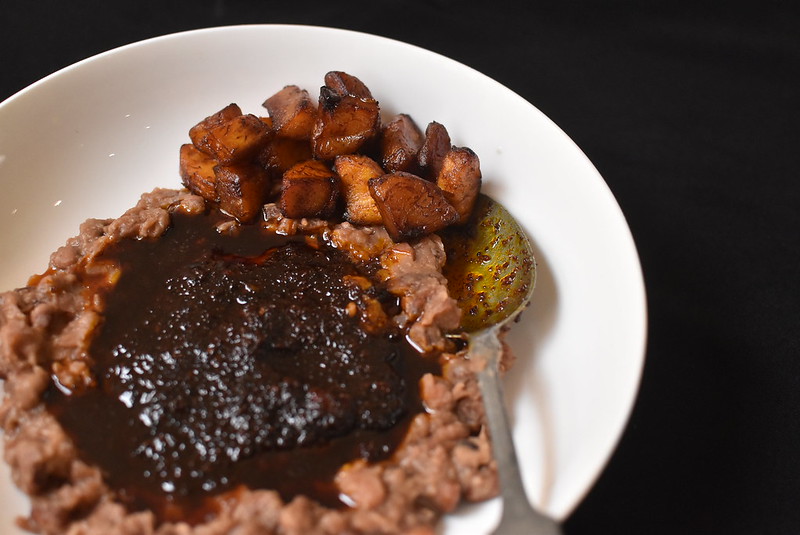 Boli and Epa. Unlike places in the South-Southern part of Nigeria where boli is eaten with fish and sauce, boli and epa is a very convenient and handy meal in Lagos eaten on the go. It has also been fused into the list of Lagos food and party lifestyle. 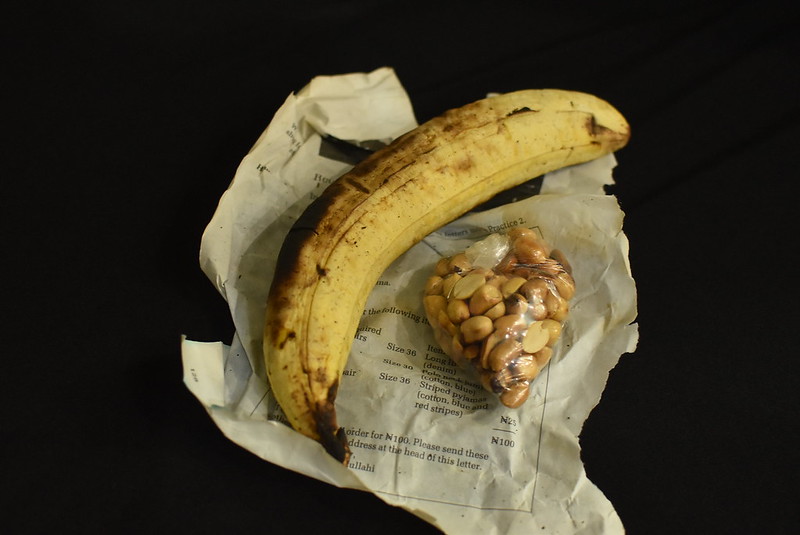 Plantain and Associates. As a night job, plantain joins it associates: Fried yam, sweet potato and akara with peppered stew on the side on the streets of Lagos in creating a night time meal. 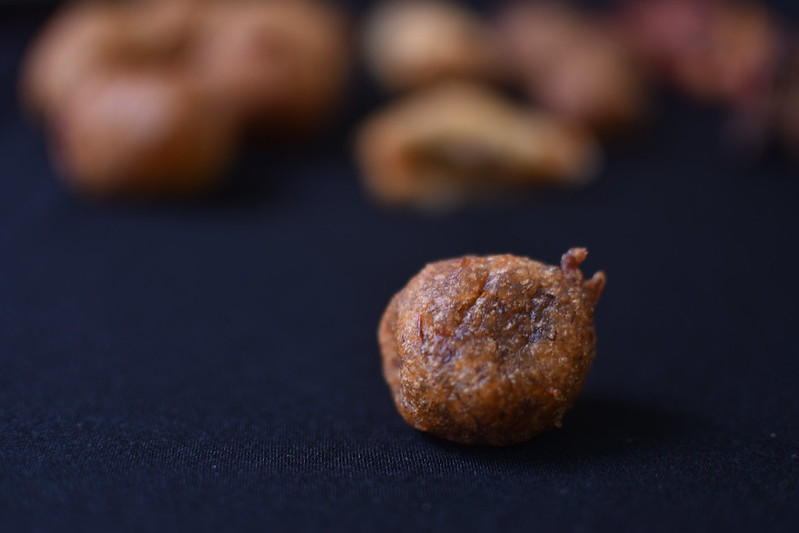 My dad enjoying all of these delicacies at different spots as a young man on Lagos Island courtesy, the Togolese, goes on a quest to discover the source of the best plantains he had been eating. Or would that be sauce, now? *wink*

Unrelenting in his quest and my mum still on her bilateral mission, they find each other and sign a pact to further strengthen the ties.

Perhaps one of the best things to come out of that symbiotic relationship is my ability  to share with you why I love plantain and why you should too?

Here’s how I like my Plantain: Just-ripe with no bruises. I stan with just ripe plantain camp. First step for enjoying any plantain meal is to rinse before slicing in order to avoid sand being sliced alongside it.

Plantain Specification: Half an inch thick and about 2 inches long, a little salted and then placed into hot enough oil, allowing one side to fry first before flipping over until both sides are evenly fried to golden brown perfection. I like my plantain full of life showing visible veins and beauty spots in the middle usually bound by a deeper coloured brown frame at the edges prepared to go with the perfect type of beans Oloyin Beans (honey beans) or Egg Sauce.

True Test of Perfection: The true test of fried perfection of dodo for me is the sound of the weighted pieces it makes when it hits the ceramic plate after taking it out of hot oil and then releases another sound like it’s gassed out. That’s when you know you’ve won.

Plantain Mischief Tip: My mum has a mischievous way of selling her origin and relationship to plantain sellers at any Lagos market whenever she’s trying to get a good bargain or get some extra pieces and it does work. She insists that it’s her birth right  as a Bini woman to be given extra pieces (jara} because she comes from a place where plantain is in abundance. It’s like a rule of thumb that Bini people must be given extras because they invariably oblige her.

Oh yeah, and I get to enjoy the best of both roots on the secret life of plantain recipes.

I refer to myself as an observatory writer but it really stems from observatory analysis and getting my thoughts out there across a range of issues in music, media and lifestyle. My forte really is observatory ideas, advice and reviews. I write a series –  “Tech As We Know It” on techcityng.com and publish articles on medium.com/@shalewawilliams