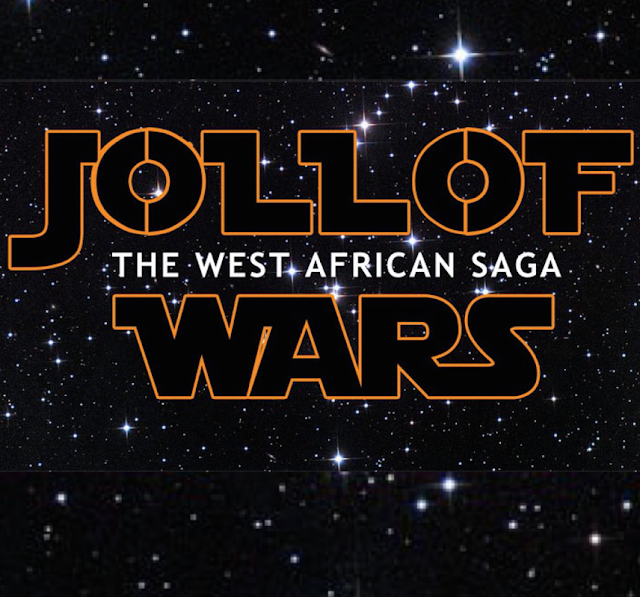 Jollof Wars. A compound phrase made up of two words:

These Star Wars Logo fonts are based upon the official Star Wars logo typeface. Star Jedi is a titling (capitals only) font, with a lot of variations and connections.

Star Jedi is a bold font that reproduces exactly the Star Wars logo’s typeface. The small letters are all capitals, while the capitals are serif variants…

Star Jedi Hollow is the contour version of Star Jedi, but, in order to mantain the capability to create letter groups and connections, it must be quite different. Due to the nature of a closed contour glyph, you can’t simply apply closed link-lines or plugs on it without injuring the continuity of the contour. Contours to be linked definitely must be open. The small letters are the hollow version of the small letters in Star Jedi (all caps, sans serif) with a closed contour; the capitals have an open contour, that’s totally linkable; Fontspace, by Boba Fonts (1998)

‘It’s one of the most interesting and heated food debates amongst the diaspora. I’d even say it’s the most epic food beefs of all time.  I’m talking Drake vs Meek Mill- Epic. Twitter rants have ensued, diss tracks have been dropped, all in the quest to answer one question – which African nation makes the best jollof?; Black Foodie‘

Social media and physical spaces aka Jollof festivals across the world

Is there a world recognised champion?

Yes, proven. Obviously. I’m Nigerian. What do you think?

Lovingly entitled “Jollof Wars” across social media, the battle of rice royalty has inserted itself into an official festival. Per TheAfricanDream.net, Jollof Festival in Washington D.C. hosted their first ever Jollof Hackathon presented by I/O Spaces on July 2. Competing countries included Cameroon, Ghana, Sierra Leone and Nigeria; The African Dream

1. Zuckerberg’s proclamation of Nigerian Jollof being great
2. Richard Quest’s visit to Nigeria…and his knowledge of the wars

Jollof Rice. Delicious. Ghana or Nigeria? Which is best? I ain’t getting involved in the #jollofwar #richardquestinnigeria

4. A piece on notable ‘scandals’, wars in their own right about Jollof

Eromo Egbejule writes this piece on The Guardian, sharing events from #Jollofgate where the war was directed at British chef, Jamie Oliver and his unrecognizable Jollof rice recipe and more.

Want to enjoy Jollof? Then join us next Sunday, 19th August at Muri Okunola Park for the 2nd Jollof Festival. 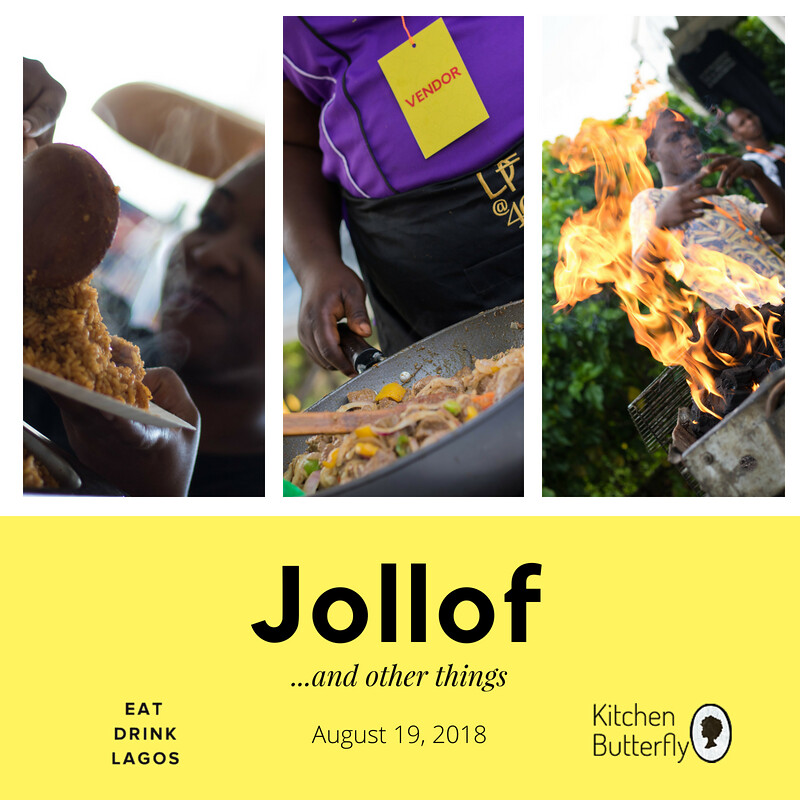