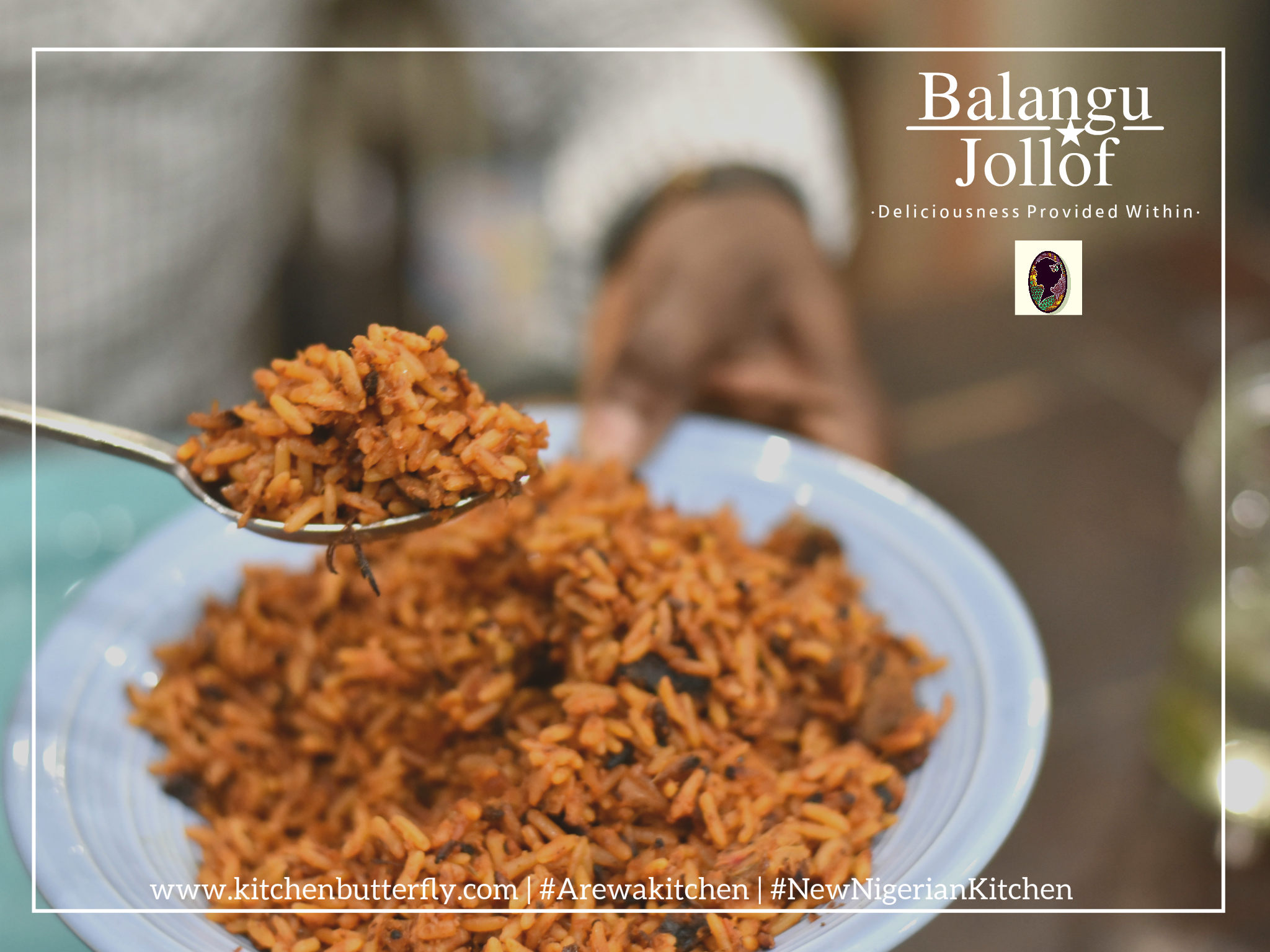 What you do when you ferry leftovers across skies, from Abuja to Lagos – you make Jollof. You add some yaji and kulikuli to the mix.

The truth is, you’re going for flavour on many levels – meaty, smoky, delicious – and you get it.

Extreme right in the photo is what was the beginning of my meat floss which I decided to leave chunky. I season the meat with a touch more salt and some onions and cooked down. Lo and behold, I kind of forgot and ended up with a dry pot and smoked ‘ram’.

And so was the first set of Balangu done.

In the middle of the photo, is more Balangu which I rendered down in a pan – with onions. 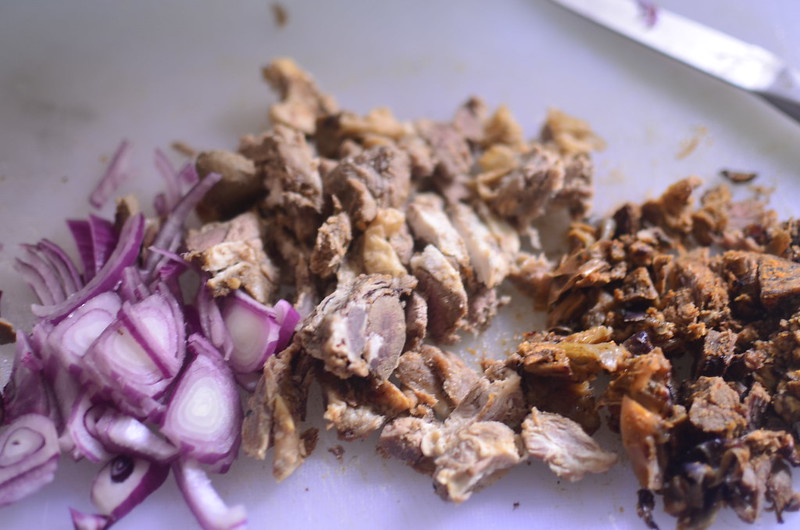 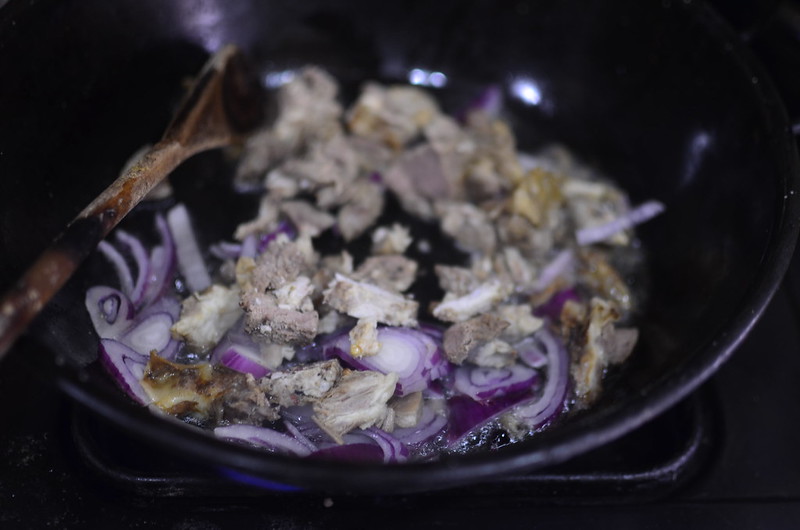 It made a good base for the the tomato mix that would follow. 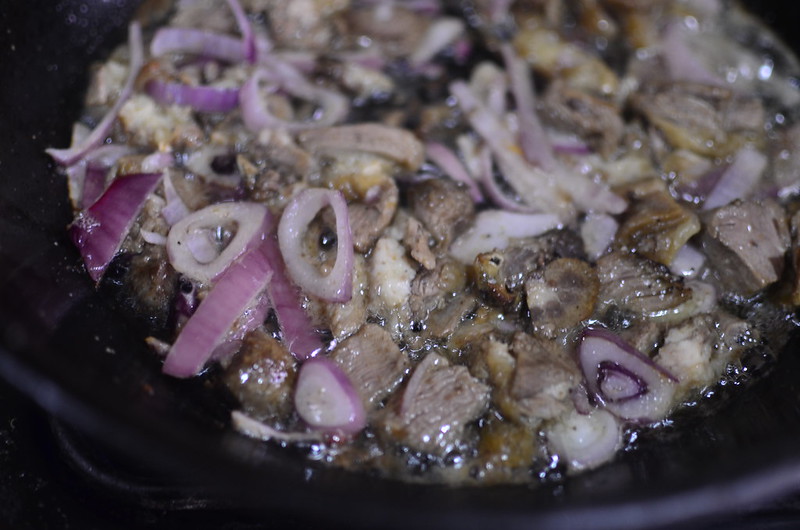 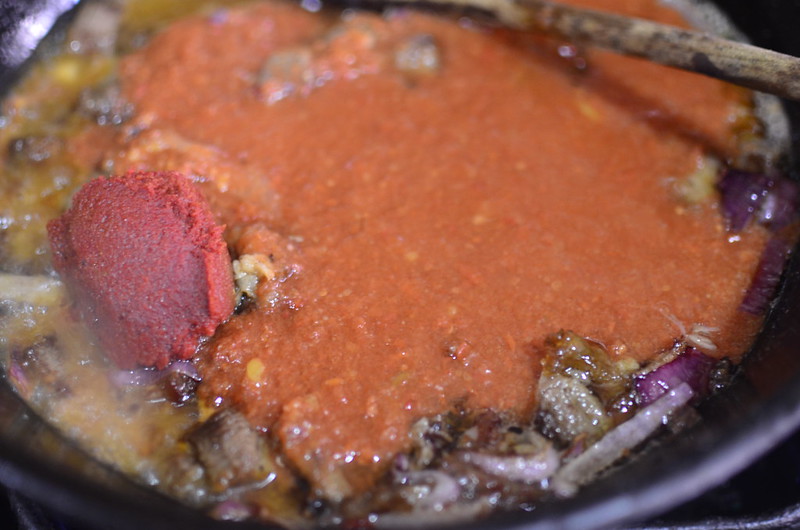 The usual Jollof spices of curry powder and dried thyme,… 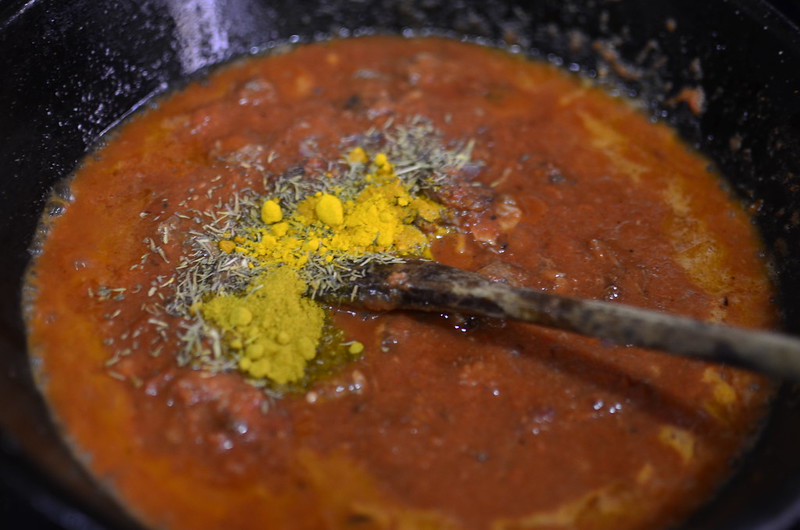 And a healthy spoonful of yaji – suya spice. 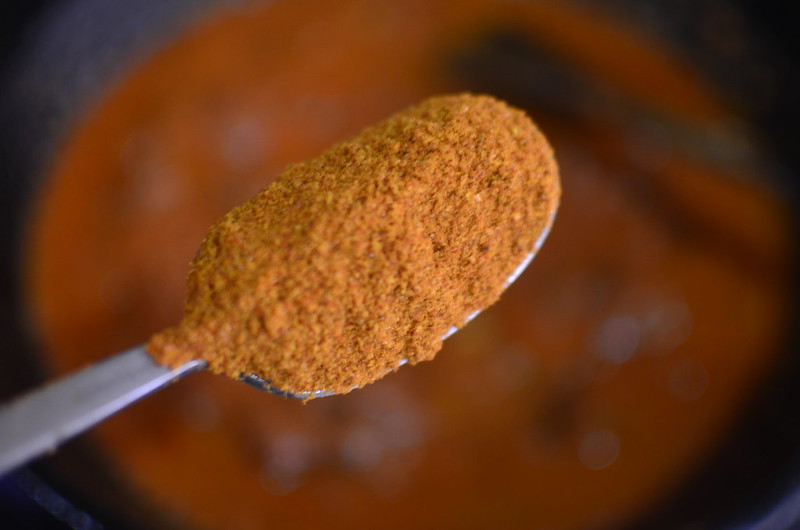 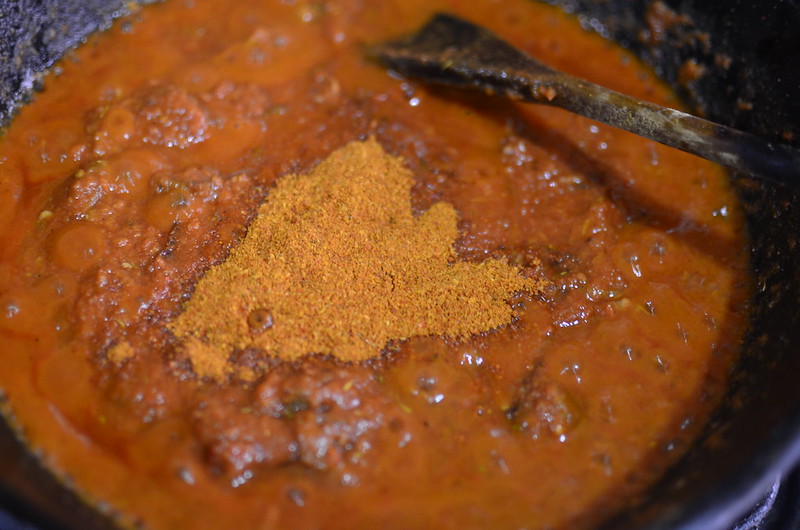 This reduced a bit, and then in went the parboiled rice and the ‘smoked’ balangu. 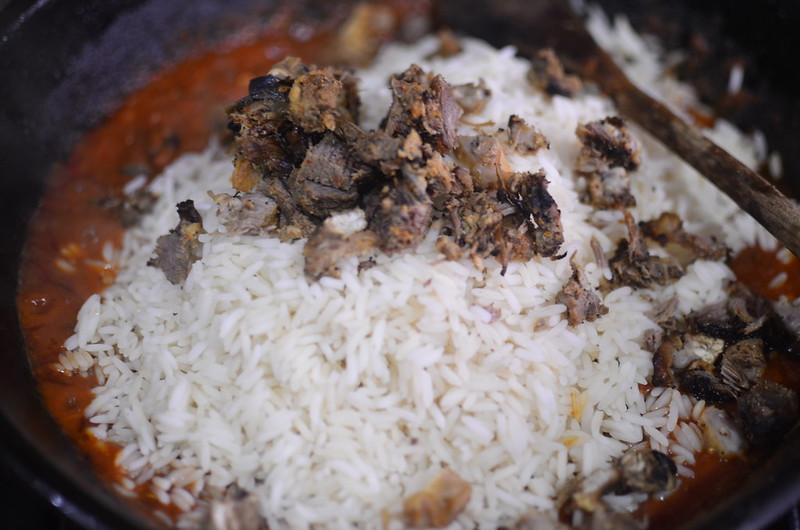 Look at how the tomato sauce lovingly coats the rice grains, weaving its way between every single one of them. 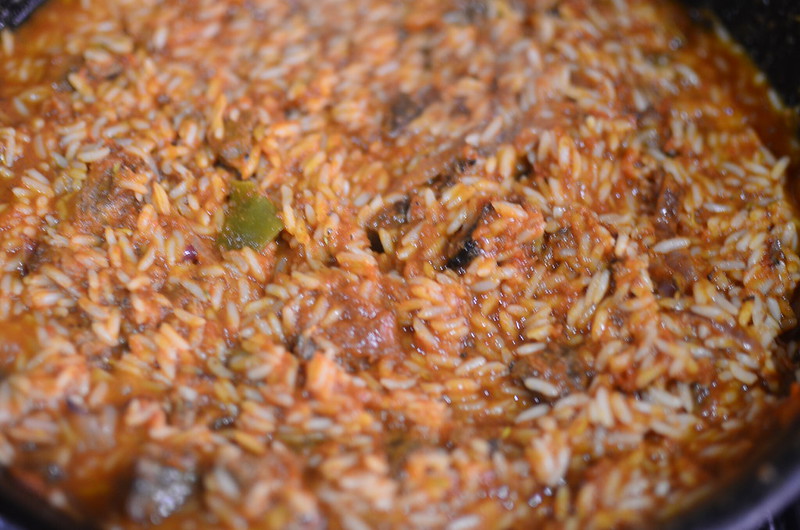 And then, foil wrapped – I let it cook so slowly, steam really in the sauce. 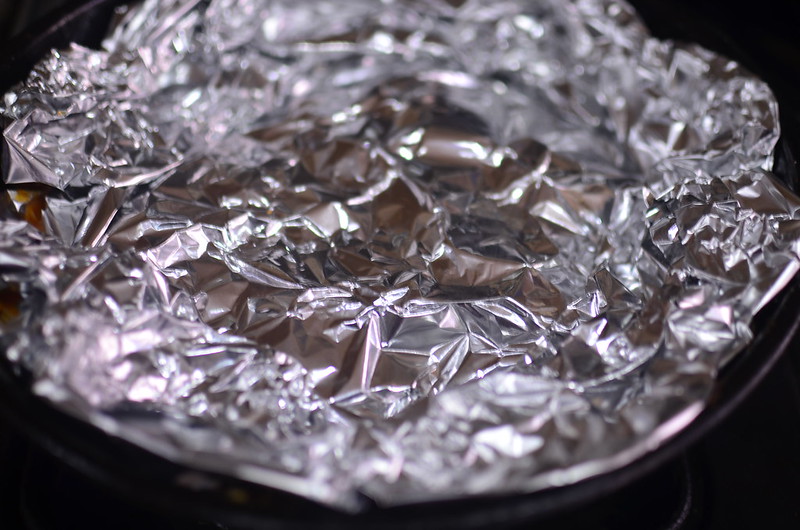 Once it was done, I tossed the third portion of balangu and left to warm through. The end result was everything Jollof should be and more – red, spiced, smoky with that nutty complexity from the yaji. 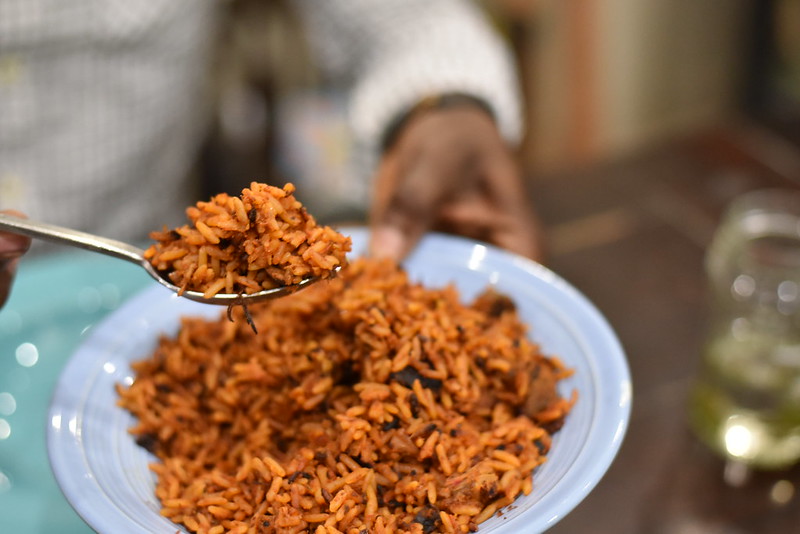 I topped mine with some crushed kulikuli – groundnut cake – think crunch and nutty flavour – perfection alongside yummy gurasa. Sigh. 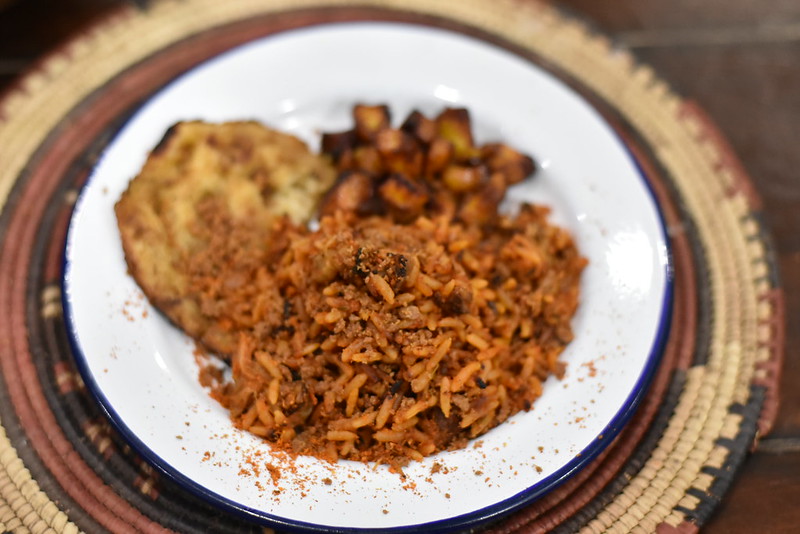 Honestly, this was one Jollof that topped the charts.

I would repeat if I had balangu left. Alas…I need to find some in Lagos. Till then, these memories will serve me well.