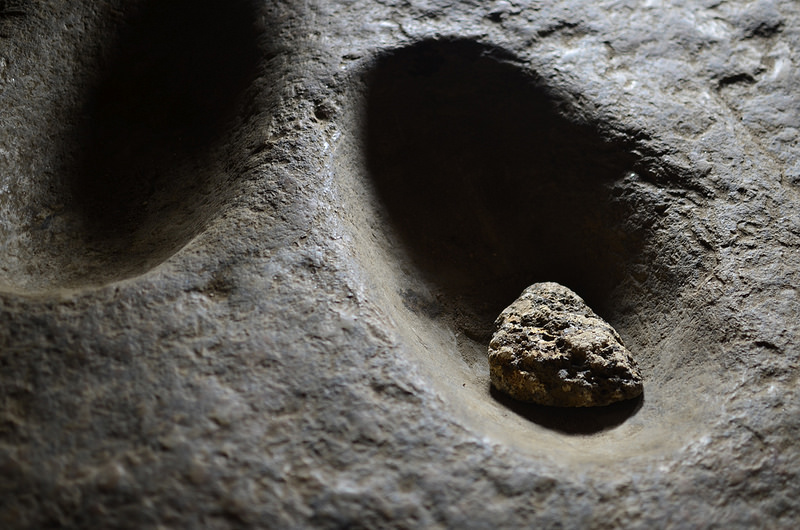 I have a friend who is obsessed with pounded yam.

A few days ago, we were talking about plans and dreams and hopes, about the evolution of kitchen utensils as we know it, the hows and whys. He wanted to know how pounded yam became a thing, and then we moved on to mortars and pestles.

It reminded me of the grinding and pounding hollows I’d seen at Olumo Rock the previous week which fascinated me. I thought these hollows, these sacred hollows were the precursors for the wooden bowl and stick we now call mortar and pestle and that’s a whole other post…coming soon. 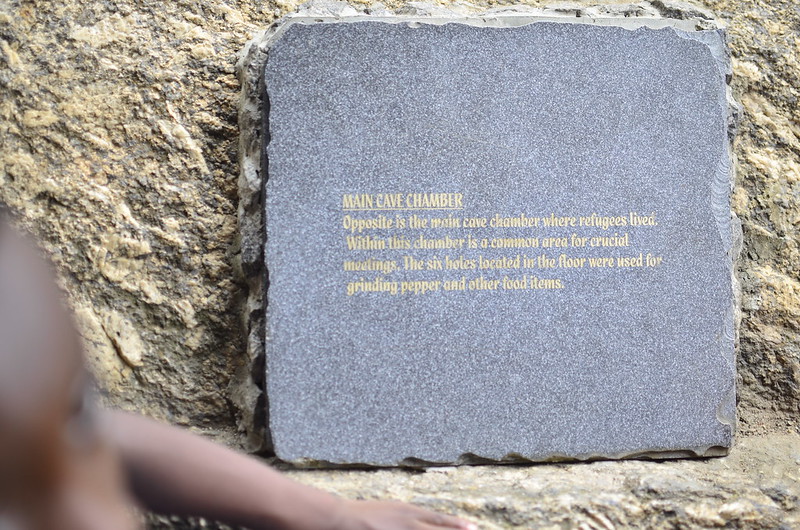 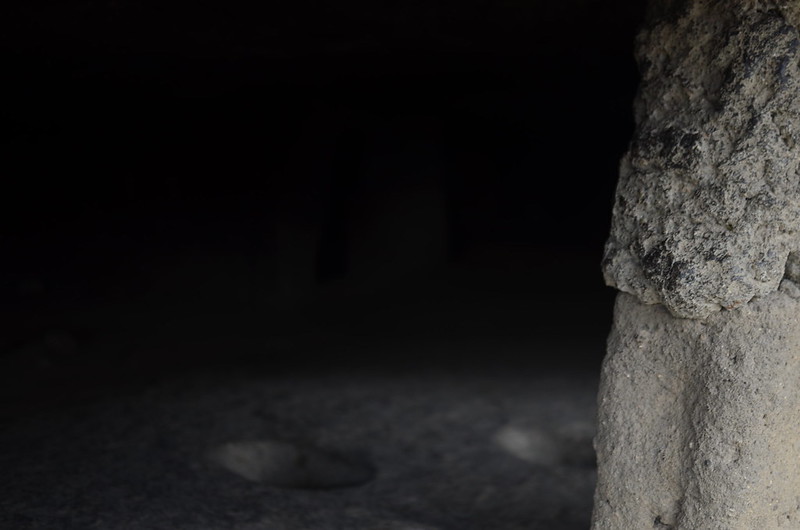 Olumo Rock (and its stony hills) set amidst rust-coloured roof tops and Brazilian architecture is one of Nigeria’s monuments, particularly significant historically and religiously because it provided a safe place for the Egba people – the predominant inhabitants – during inter tribal wars of the 19th century. 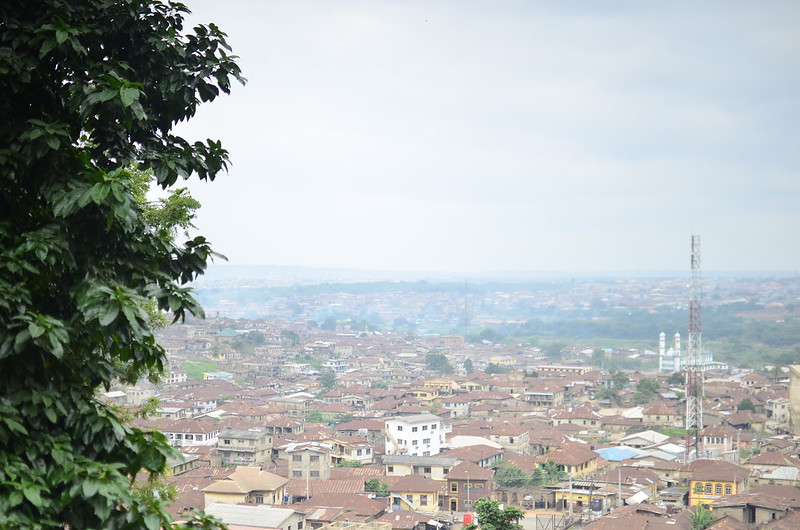 From 1830 – 1833, during the war with the Dahomeans from present day Benin republic, the rock provided sanctuary to the Egba people as well as a vantage point to monitor the enemy’s advance. When the war ended the Egba families who took refuge under the rock during the war thanked and worshipped the rock for keeping them safe and intact through the war. They settled in the areas around the rock in what is today’s Abeokuta. Abeokuta is a Yoruba word that translates as ‘under the rock’; Source – Ogun Radio 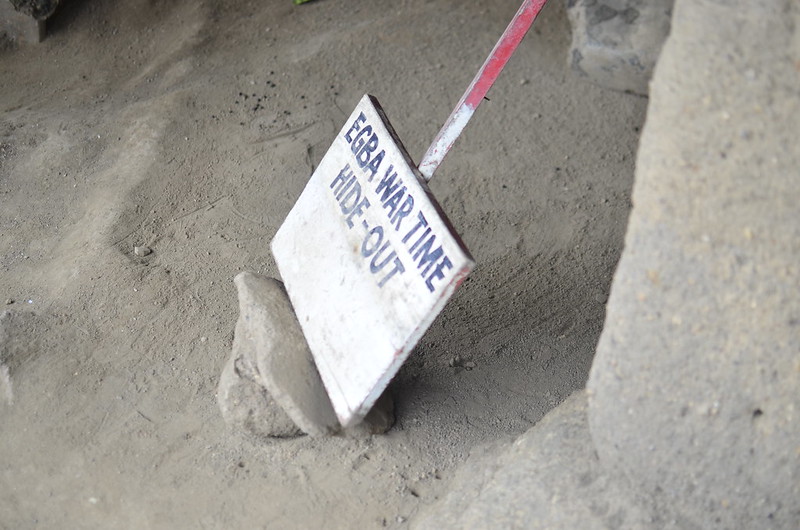 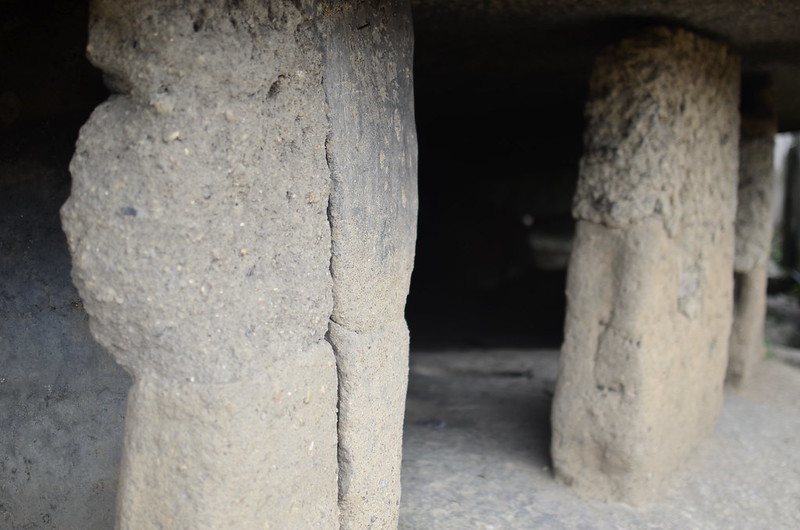 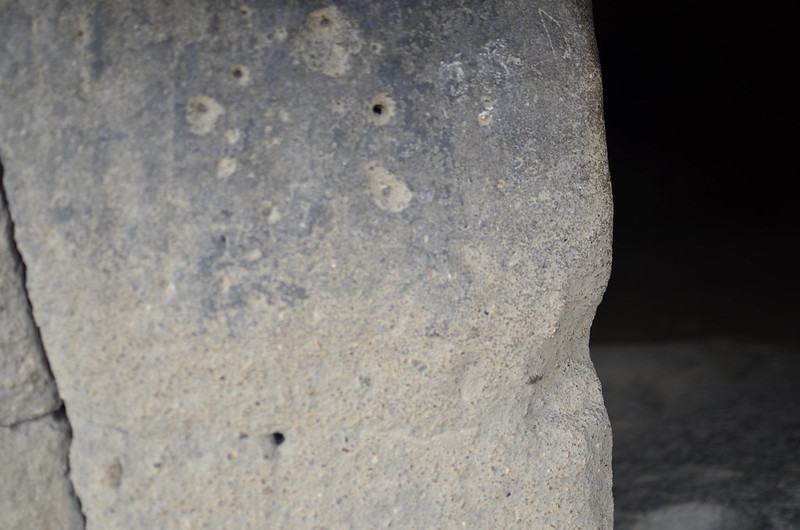 People lived here, underneath the rock. I’m by no means tall at 5 ft 3″ but this is really ‘short’ space, perfect for growing 4-year olds not old women like me who needed to bend, or sit. 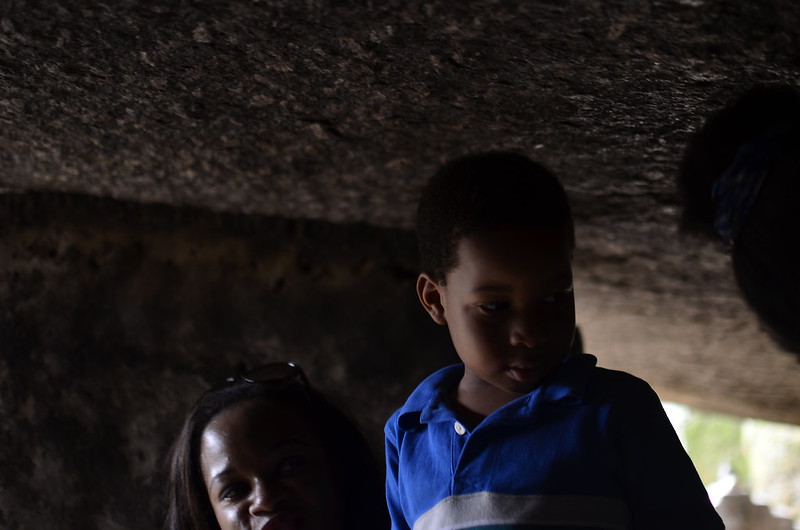 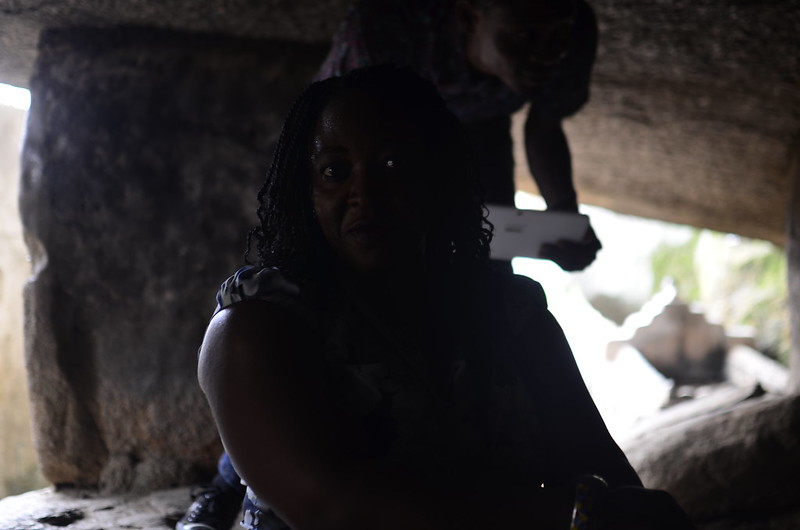 The earliest grinding implements found from the remains of the Paleolithic era consisted of a roundish stone which was held in the hands and a larger hollowed stone for a bed stone. The hollowness is necessary for efficient impaction and to prevent grain from falling off the stone. Therefore, a round mantle made of hide or wood on the flat bed stone could serve the same function. Since the mantle made of perishable materials is easy to lose, it is difficult to find the certifiable relics of this type of mortar; Source 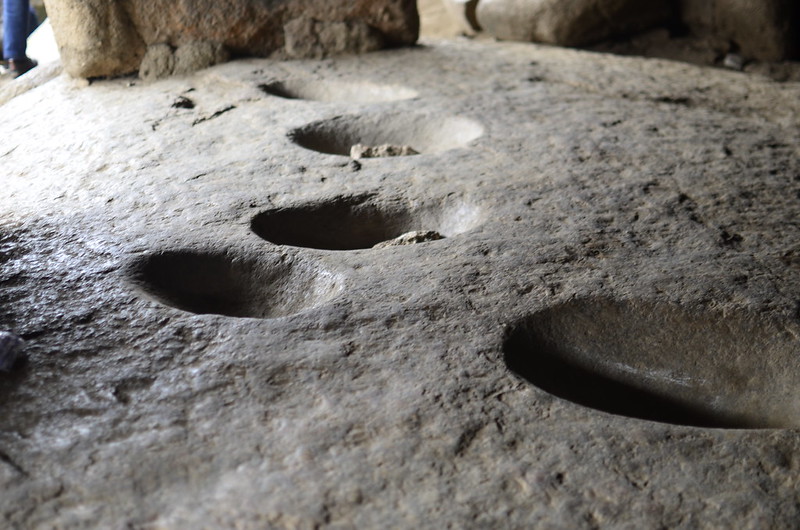 The Egba people had built mud walls and pillars across the entrance of the dingy caves to form perfect dwelling places. They also built inner rooms with well defined entrance and windows within the caves. A part of the cave floors had well defined circular depressions; the guide explained that the people used the circular depressions as mortars for pounding yam during the days of war; Source – Naija Treks 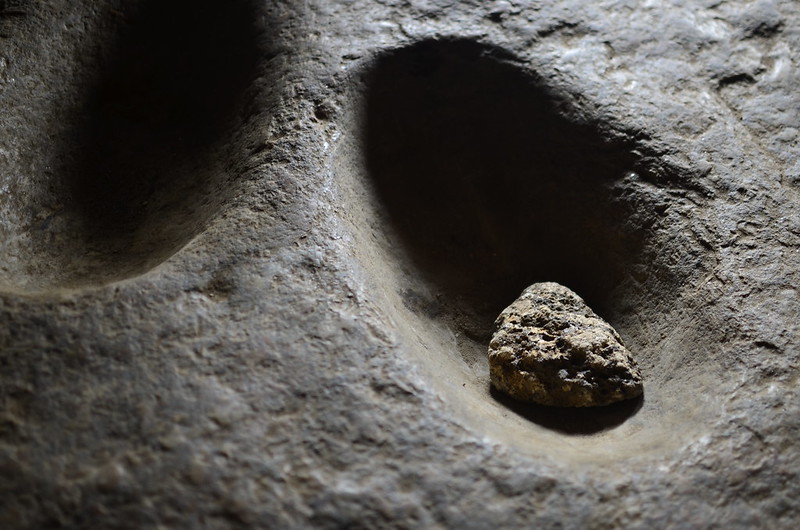 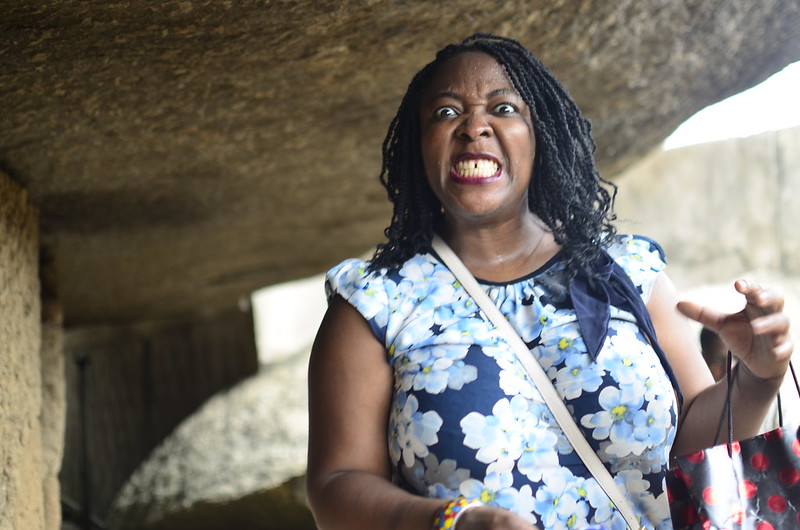