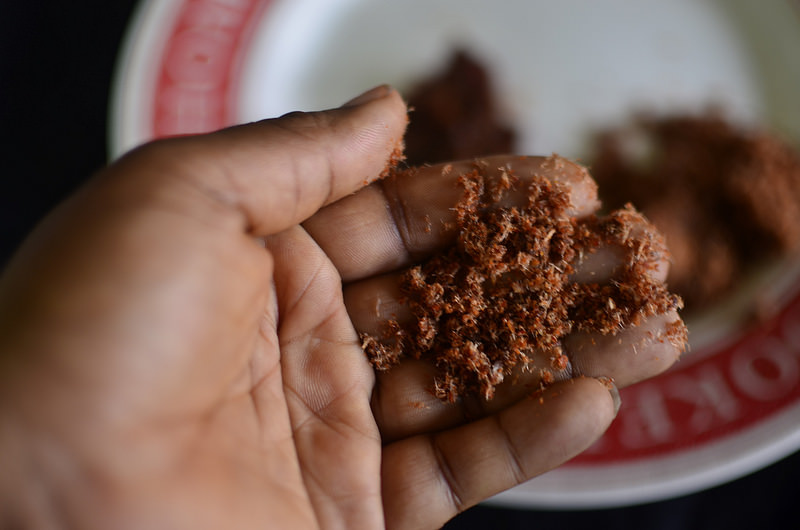 When life gives you too much Kilishi; make Dambu.

Kilishi is a sun-dried product of, by early Fulani, Hausa tribesmen, created as a means of preserving meat in the absence of refrigeration. 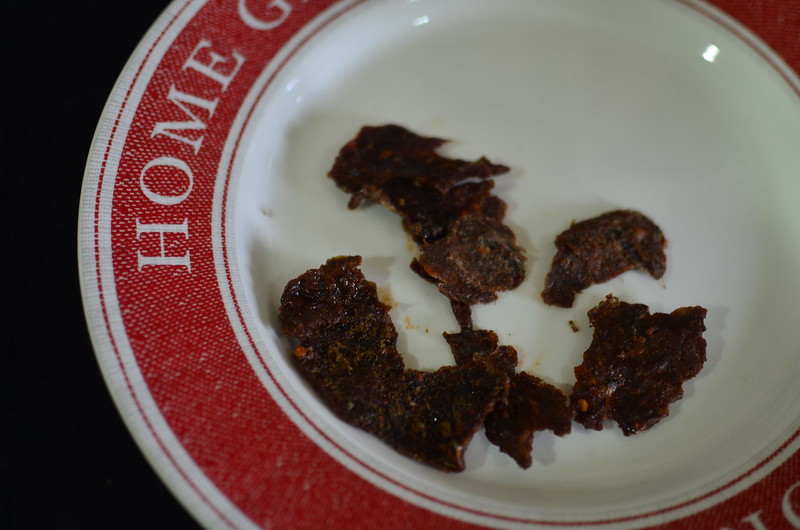 All because once upon a day, I craved Dambu Nama but had only Kilishi.

And my food processor.

And my A game, obviously.

Are you familiar with Dambu? Of meat, chicken, fish…but spiced, boiled, shredded and deep fried.

The result is cotton candy of meat which swells as you chew.

Now Kilishi is made in a different way, being pounded and then sun dried…but still, shredding in the food processor yields similar results.

Kilishi in processor. Blitz. Chop. Change and there you have it. 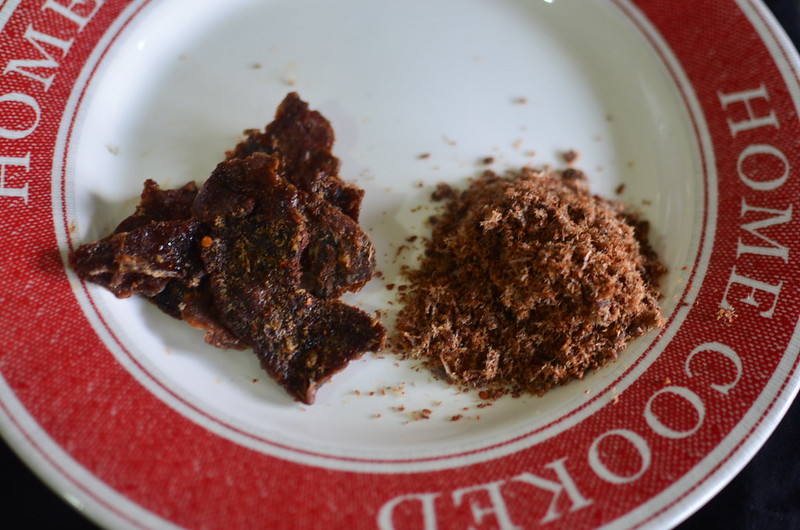 It kind of resembles the real thing.

And tastes the same.

Did I mention its perfection in garri and yam balls and in its own? Did I?

But then the food processor lost its lid…and so the blender was employed.

I’ve enjoyed Dambu kilishi in garri, soaked. combined with mashed yam for yam balls. On pizza, on its own, with puff-puff…

Comparing the Dambu Kilishi and Kazaa, though not quite the same thing – one made from beef and the other chicken…but still some things can be said.

That made of Kilishi is duller in colour, matte not quite with the oily sheen of deep fried Kazaa. The texture too is slightly different. That of Kilishi is chopped up with short chunks while the Kazaa and Nama has long strands of meat, being shredded. 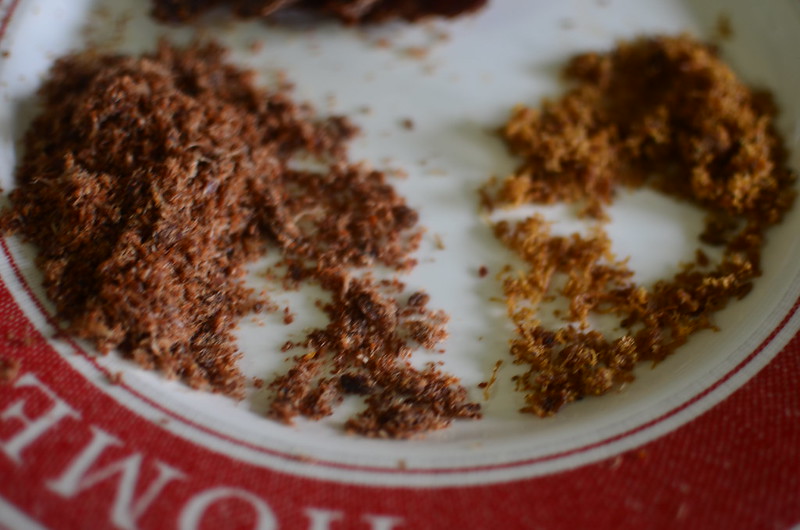 Bottom line though is both are loved and delish and perfect when choices are limited.

So there, go ahead, make some if all you have is Kilishi.