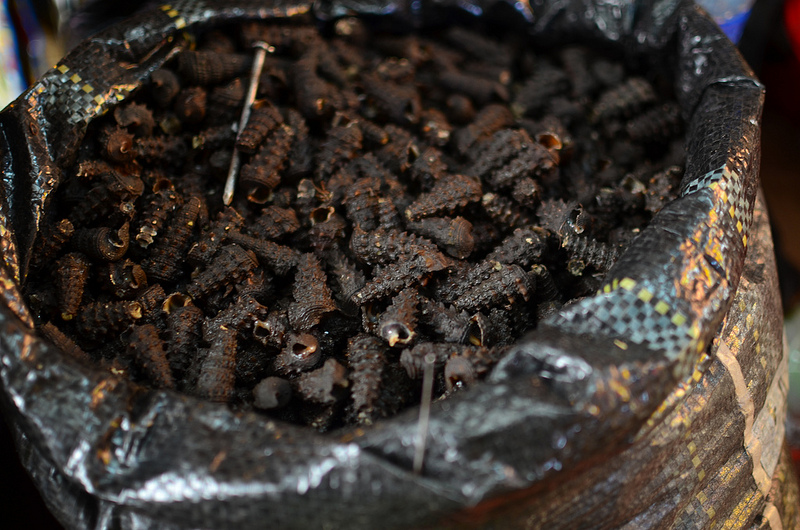 Periwinkle. Of a colour, flower, herb and mollusc.

Blue of the sea, these are. And a pain to clean if you don’t know what and how.

I often wonder if the colour is blue because it is copper-rich, like some species of crabs but…I dunno.

They sport a rubbery flat disc of a tongue that I didn’t realise one had to take off the first time I used them :(. They are the most irritating things to hit the tongue when you’re enjoying a bowl of whatever soup.

A few years later though, I became an expert.

I’m not a big on shell food but on occasion and in certain soups, I love. As was the case when Osemhen and I decided to make Ofe Nsala manyyyyyyy moons ago. We made it, on the instructions of a market woman and it turned out not too bad if I might say so. But first, there was the trip to the market and the shopping.

We decided we wanted all manners of things, from fermented seeds to periwinkles. 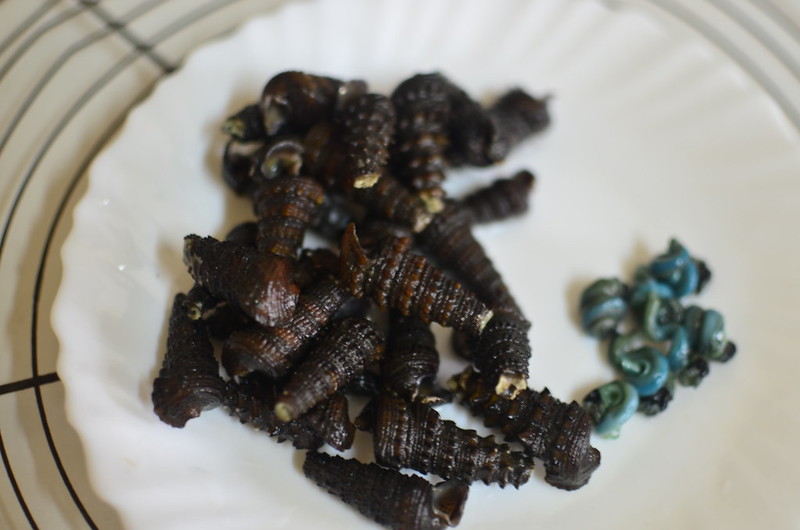 I had the choice of buying already cleaned periwinkles but the challenge to clean mine was too great to pass up :).

One had two choices and I took the less brave one. To remove the periwinkle from the shell which isn’t that difficult to be honest.

The other option? Suck it out clean…from the shell.

And no, I wasn’t imbued with that level of courage at the time.

And so cleaning it was.

Periwinkles take me way back to when I was a child and we played games with the cut and cleaned shells – white, brown, ridged and studded.

We would gather the shells and apportion a certain number to all the players. The game? Some sort of throw and catch. Seated on the floor in a circle, the shells would be spread out in front of us. In turn, the active player would throw a shell up and see how wide he/she could spread fingers and palms to gather the ‘seeds’ on the ground and then open palm to catch the first one that went up.

Boy, those were the days.

Then I had no idea the chore involved :). 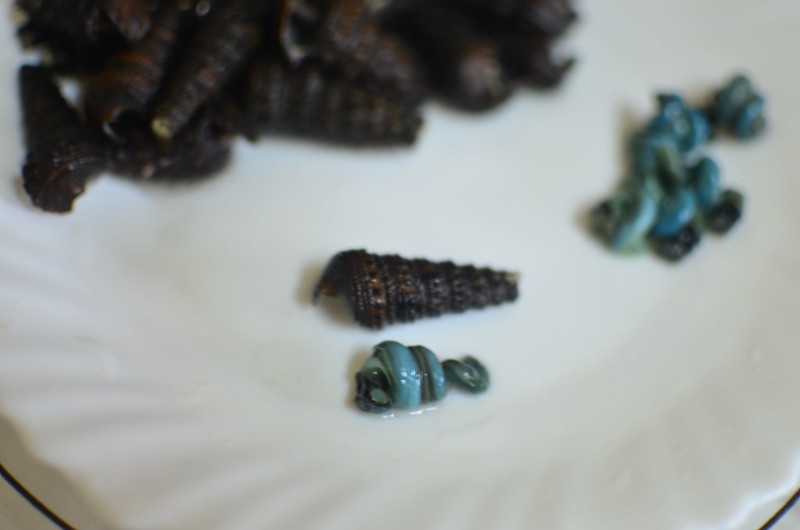 Essentially, you remove this turquoise blue creature from a shell, about 2 – 3 centimetres long, with a toothpick, needle or nail. It is easy, if you pull along the natural coil of the shell – all that’s needed is a flick of the wrist.

Out comes a coiled bit which is then taken apart in two. 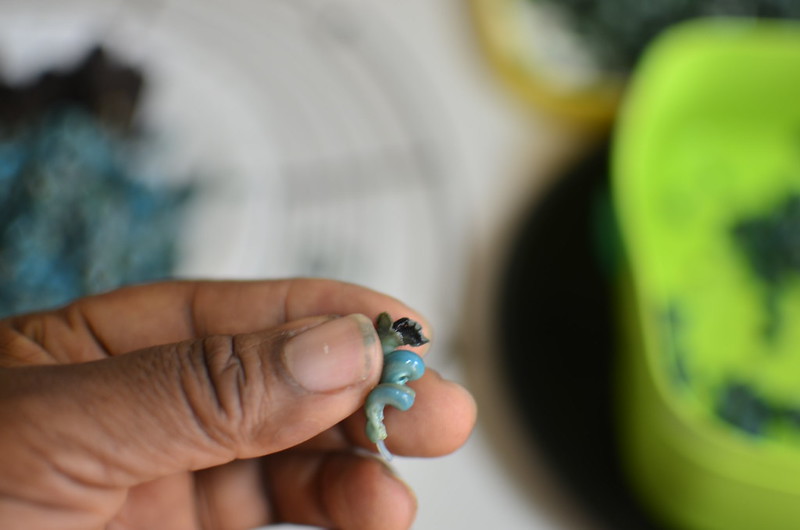 A soft, swollen sac-like portion and a firmer ‘head’. 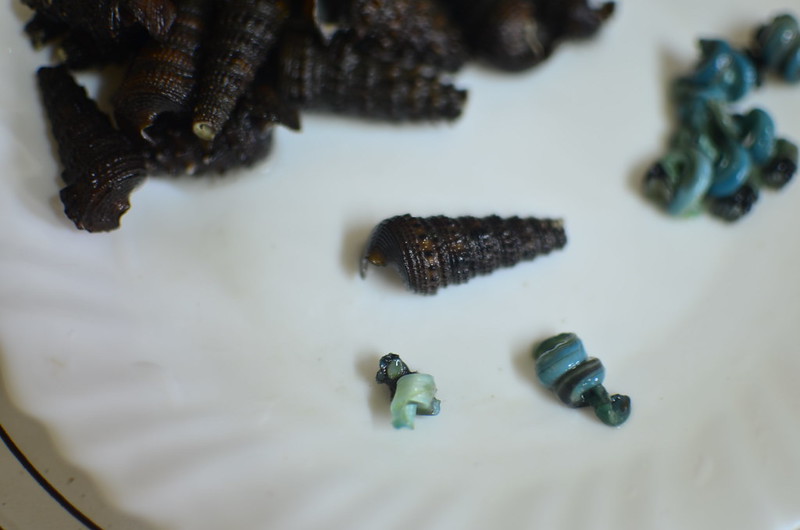 Some people are fine to leave the soft bits on but I think of snail sacs and then do the needful. 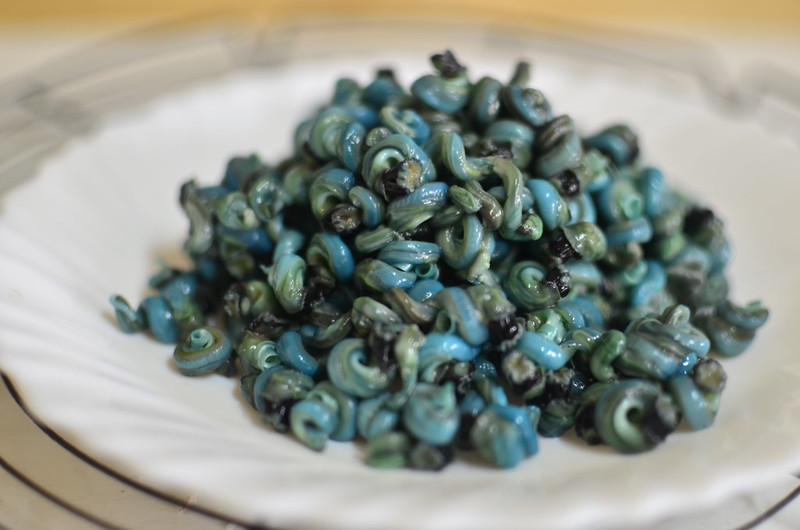 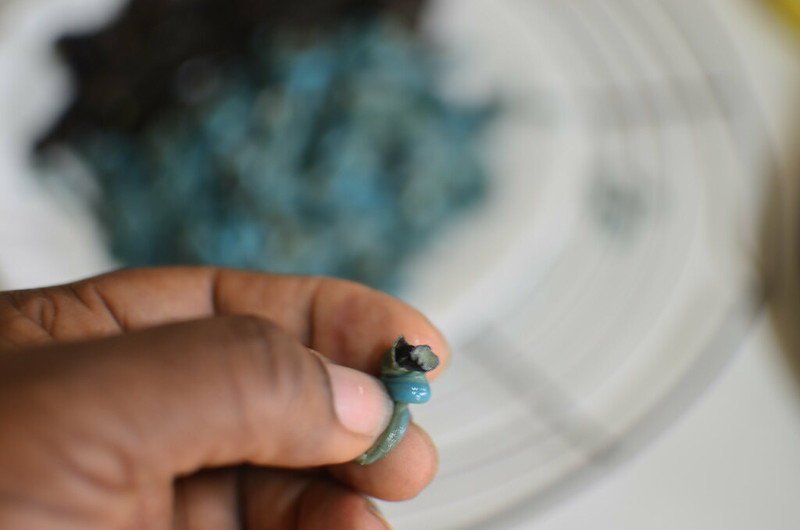 I pull down on the sac, it comes loose and we’re free. 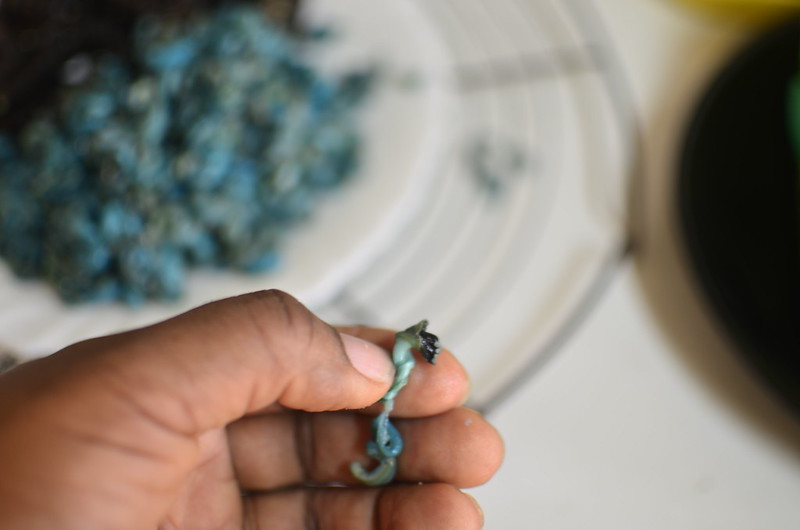 Ready to be used. I give a final salt rinse when I’m done, just to ‘cleanse’ it one last time before it heads into the pot.

The makings of deliciousness, I say. 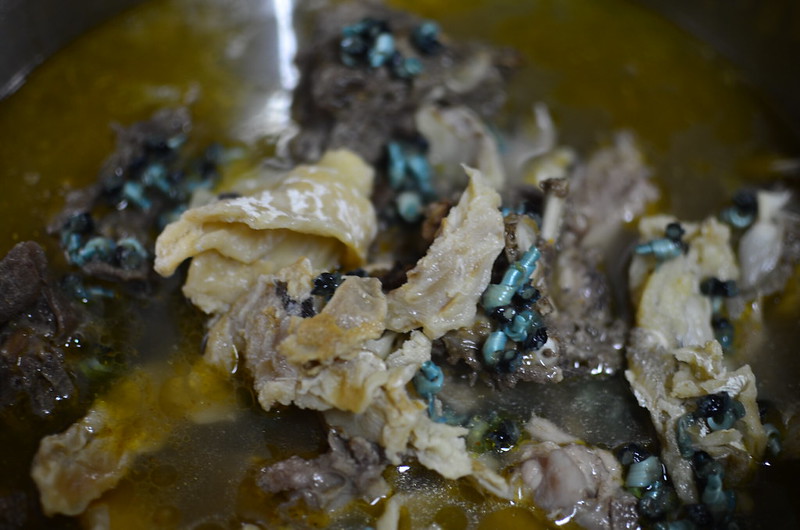