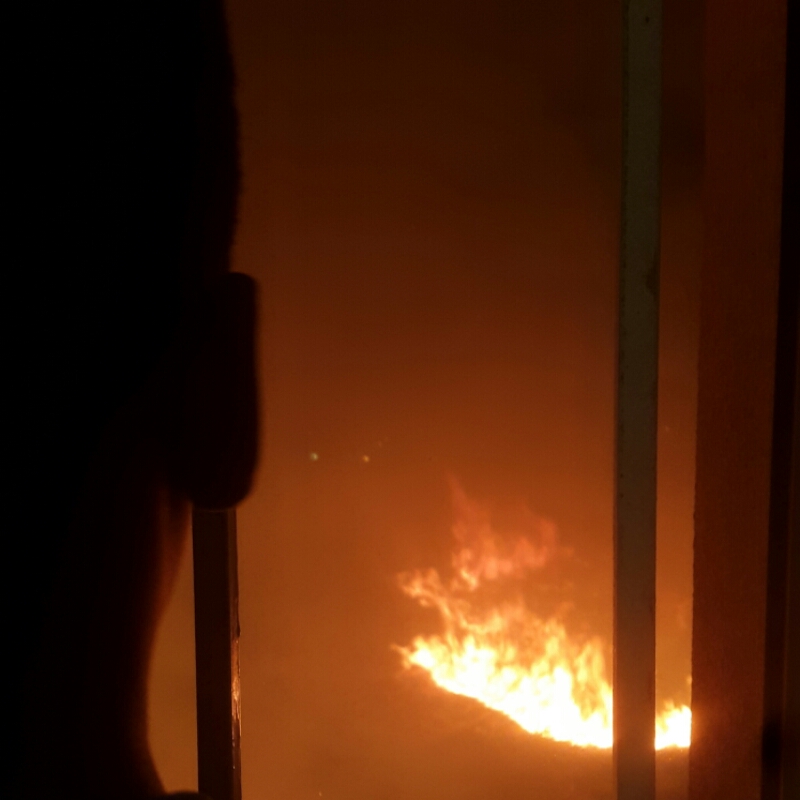 This is the view from our hotel. And no, we’re not having fun. 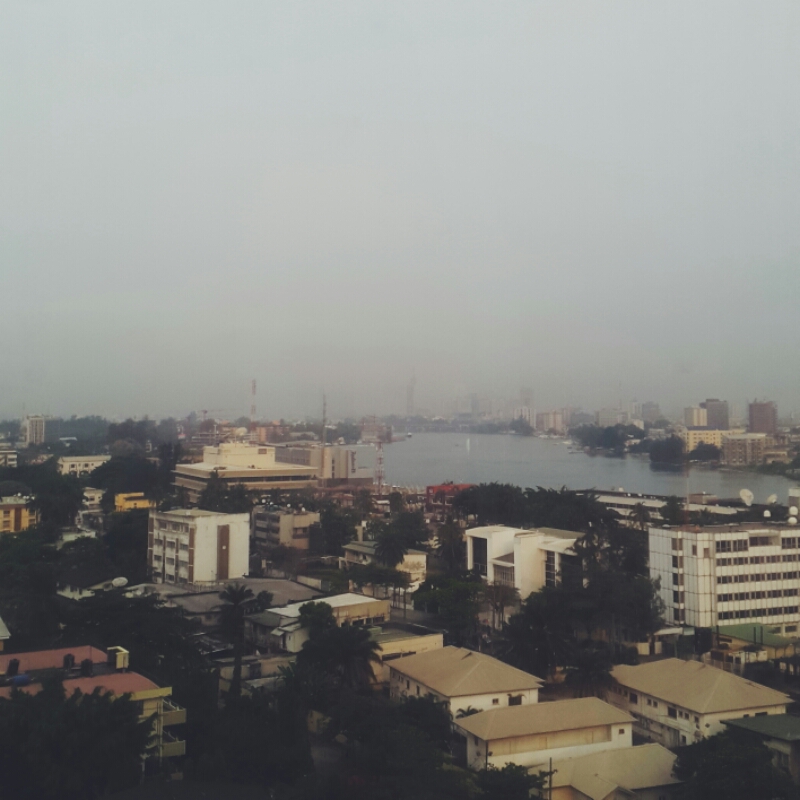 We evacuated our house last night, for fear of smoke inhalation.

At about 8.20pm, we were getting ready for bed and winding down generally.

We’d all smelled smoke but couldn’t trace it till we went to one of the bedrooms and saw the fire at the back.

Started deliberately to clean out the plot of land in preparation for construction.

Should I have suspected when we noticed the grass being cut last week? I had no idea this would follow.

Now…I understand how wild fires spread and how they can be so deadly.

The fire alarms were going off in every room and in every house in my 6-terrace compound…and the air? Thick with smoke.

In only a few minutes, we noticed the roof boards on the inside of the house curl up…then fall. 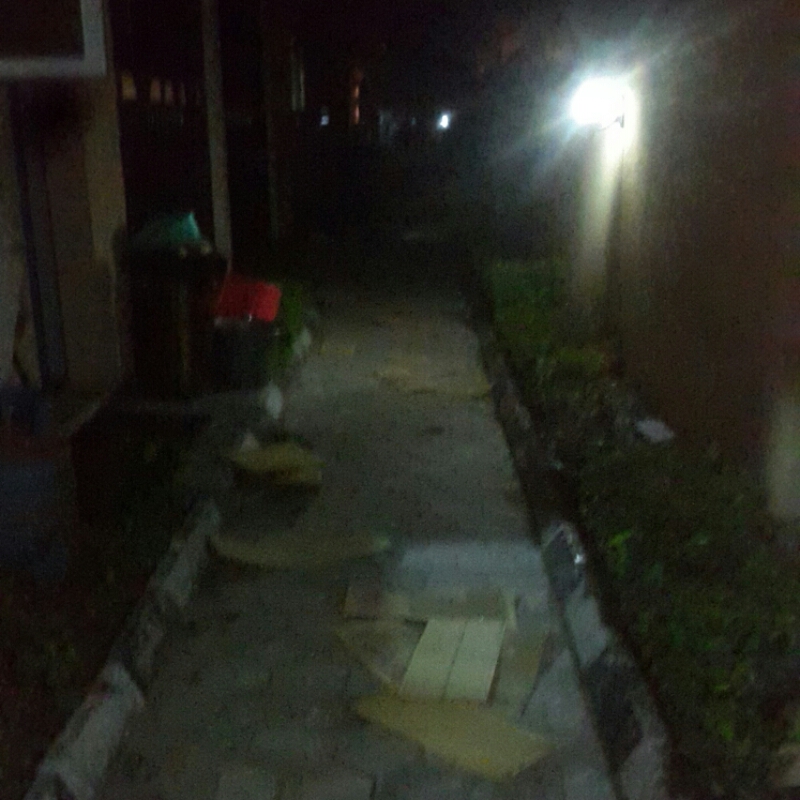 Unreal. We started closing windows and openings and turning off stuff in case it got to the electricals. 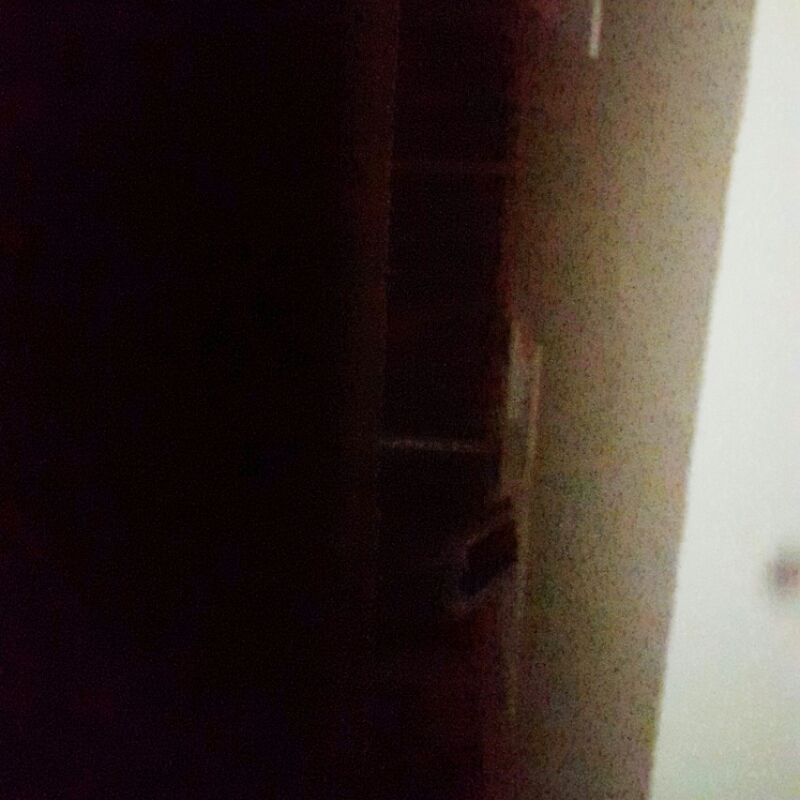 The bars, the walls, everything became hot, rather quickly.

That’s when we decided to leave. Confused. Uncoordinated. Afraid.

I have two children with Asthma. We’d just seen the paediatrician in the afternoon because they’d both had attacks in the last week.

We ran down the stairs, eyes stinging, heart pounding. Some kind neighbours had removed all the gas cylinders…which were in close proximity to the fire, a couple of metres…from the wall.

That didn’t occur to me.

One neighbour rang the fire service. I could have except I couldn’t find the numbers I thought I saved on my phone. And I didn’t have the number for the Lekki Fire service. Sigh.

I hadn’t told my children what to do in case of an emergency, like a fire at home. I’d planned to have the discussion 2 weeks ago when I sent colleagues a message with a list of emergency numbers and encouraged them to have that talk with family members. 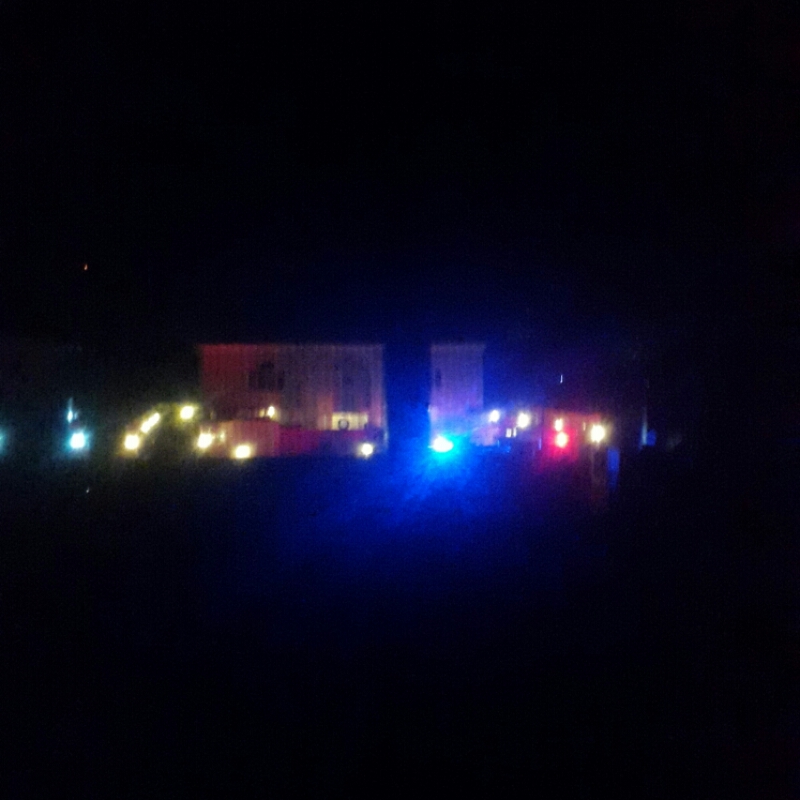 Everything was smokey. Children got in the car while I went into the kitchen and turned off the Mains. Engulfed in darkness but for the ‘Torch’ on my phone,  we got in the car and drove five minutes to my friend’s, Dee.

She had been at mine an hour or so before so was shocked to see us. I tried to be coherent…barely managed it. We stayed at hers for a bit and then I decided we should go back to see hour things were.

This was about 10pm.

By this time, the fire had been out for long. But…Every room in my house was filled with thick, white clouds of smoke.

I hurriedly packed a bag, opened the windows, then turned around and left.

We slept at a hotel. Still reeking. One daughter said ‘it smells like a barbecue’. That sweet, lingering fragrance of coal and flesh. Except not there. Or then.

– Have emergency numbers saved on your phone
– Keep your exits clear
– Have an emergency escape plan. It’s not over the top. You could arrange with a friend to stay at theirs and vice versa. You can have your home assessed by a professional for possible problem areas so they are fixed way before your leave. This website also provides valuable information about installing and maintaining your electricals.

Some human beings are so irresponsible. The man who ordered this land cleared spoke so arrogantly when he finally turned up to see the damage, according to my neighbour.

Fires are deadly. They spread so fast. Don’t wait.

Some human beings are so awesome. One of the first responders was from further down the street. He’d seen the smoke and rushed down to ours.

So much more to say but…I’m grateful to God we weren’t alseep when this happened. I shiver to think of what might have happened.