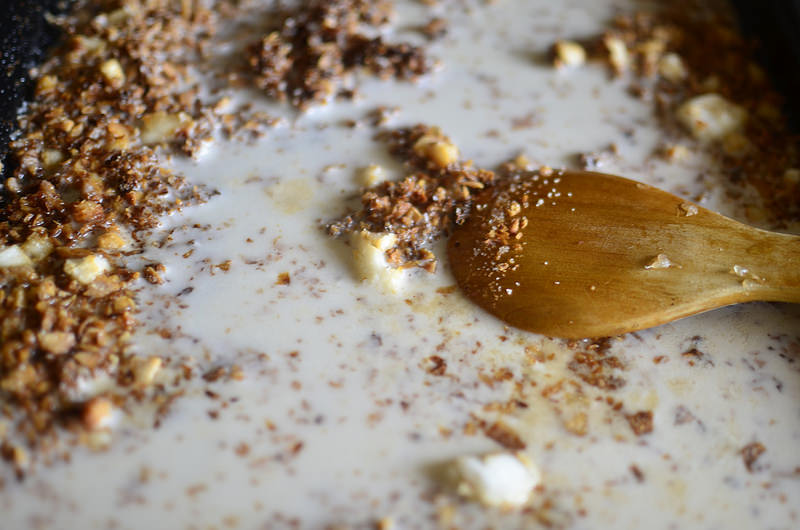 For the last two days, I’ve suffered a terrible sore throat. Ever since I had a certain chia seed pudding with salted caramel coconut milk.

At first, I was puzzled – this was beyond the slight itch and so I turned to Google and discovered that a number of people have had similar reactions after drinking coconut oil.

Apparently, food allergies are related to certain proteins in foods so what I have, which is a reaction to the oils in the coconut is a food sensitivity. Sensitivity. Not allergy :).

Coconut oil is absolutely loaded with salicylate, a subgroup of phenols. According to the Salicylate food chart, coconut and olive oil have very high salicylate counts amongst the oils.

I’ve had fresh, homemade coconut milk without any issues but I suspect that the toasting of the coconut drew out the oils. I remember that there was separation in the liquids and there was this head of cream. Which was delish when it cooled down. And licked off my right index finger.

I’m glad it isn’t much worse. I’ve been sucking on Strepsils for the last couple of days and there’s some improvement…sigh.

One more thing to note.