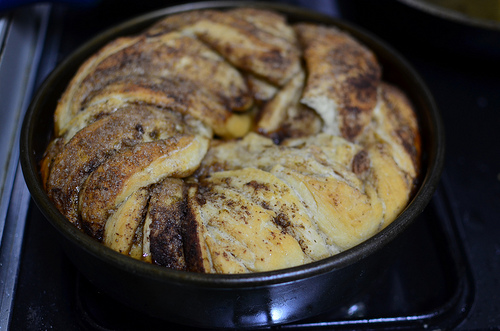 Because that’s essentially what it is, a cinnamon roll that wears its fragrant sugar crystals on it sleeve, and chest. Not hidden, not tucked into a pinwheel to be seen in hints, but no, a roll that is bold. Courageous, one that sends cinnamon well before it, not just golden dough.

My quest with lemons is always a toss between dough and cream.

I wonder which one lets citrus flavours shine through? And so the tests begin. 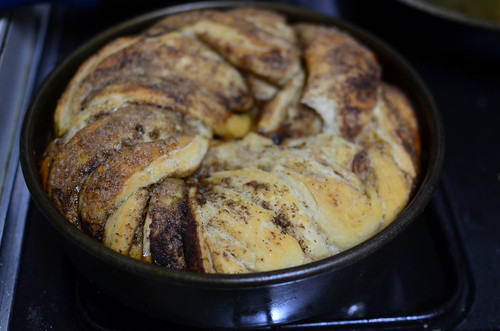 One takes a regular batch of dough, excited to try yet another variation on the cinnamon roll. One has tested the regular version, and the pull apart. Its time for the Russian Rose.

The Russian Rose begins with the filling. In my case sugar, cinnamon and Meyer lemon zest. 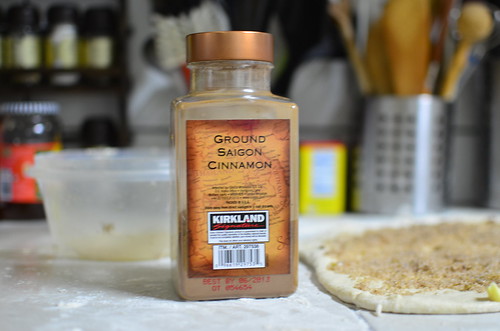 That filling goes into dough rolled into a rectangle. Then it is rolled. 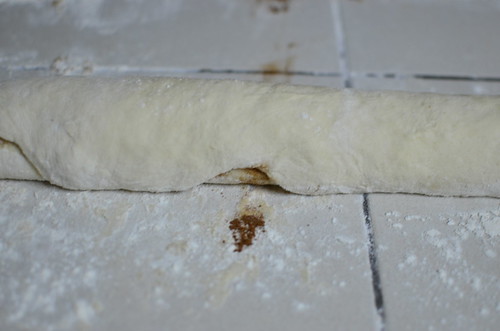 And with a pair of scissors, cut along the entire length to reveal ‘leaves, or sheets of lemon, cinnamon and sugar.

The next step is great work for small hands – a simple two-strand twist. Nowhere as terrifying as the three-strand braid.

Its interesting to look at, easy to twist and voila, its done. 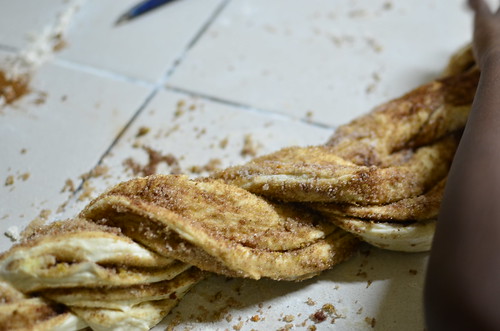 Ready to be coiled into a round, greased pan. Left to prove till gaps are filled and time is past. 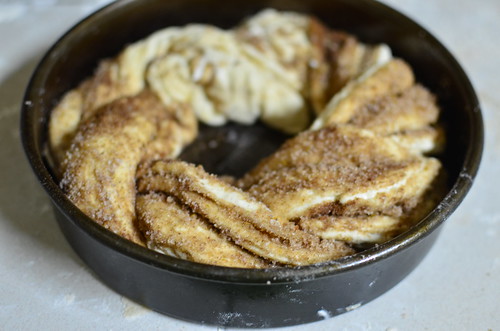 Baked to perfection in no time. 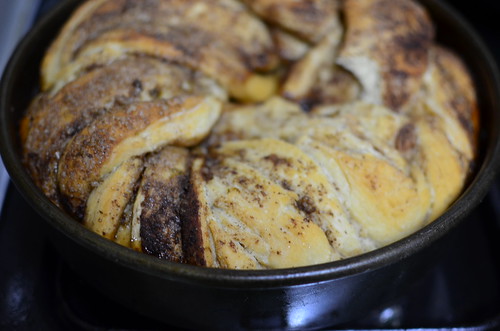 And great flavours, with lemony goodness wrapped into a tender loaf.

Recipe: I used my standard Cinnamon roll recipe, same as for my pull-apart loaf, and baked it in a 9-inch round tin.

I wish I’d saved a slice to photograph…….alas, I did not.