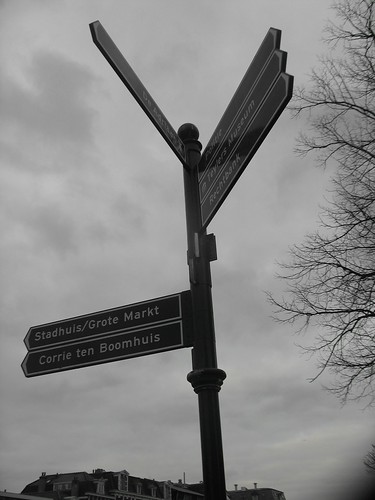 Last December, I went to Haarlem, The Netherlands. No relative to Harlem, New York. I think the closest connection to the States might be the fact that one of Haarlem’s most precious daughters, Corrie Ten Boom lived for the last years of her life in Orange, California.

Haarlem is a very nice city and apologies in advance for not having very many pictures *to illustrate this!

I timed my going fairly well though on – choosing a Saturday so I could catch the week’s market  in the square. The market is a nice general one, loads of the usual fare – fruit, vegetables, bread and the like. The one thing that caught my eye and made a lasting impression was watching pineapples being cored!  Fascinating and highly recommended viewing.  The core and attached flesh of the pineapple  end up being used  to make juice which is bottled and sold right away. 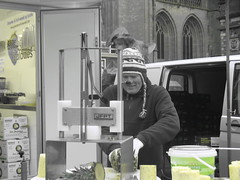 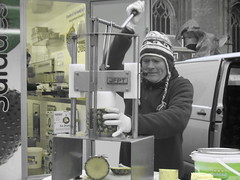 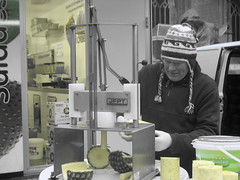 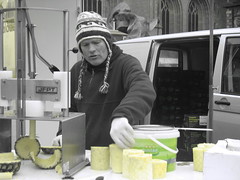 I also got a chance to visit some thrift stores and came away with a few bits and bobs. 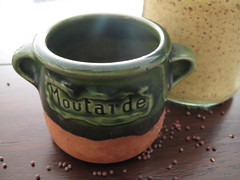 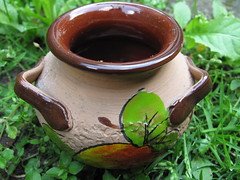 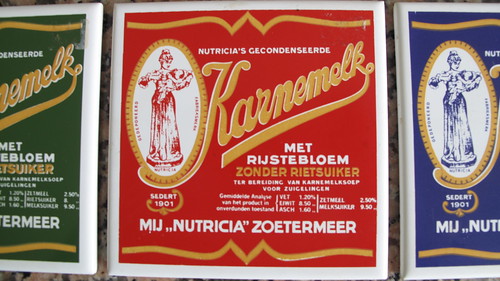 Haarlem is nice for a wander. You can visit the Corrie Ten Boom museum  and the fantastic organ at the St Bavo church  – played by Mendelssohn, Händel and a 10-year old Mozart. You’ll definitely see loads of bike stands an – one storey high and who knows, you might come across some funny shop signs! 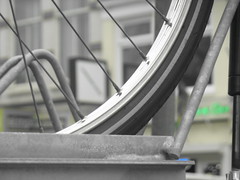 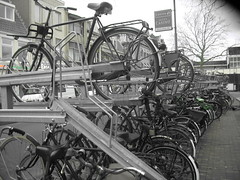 * The reason I don’t have many photos is I never planned to blog about the market till I remembered how many times I replay the pineapples coring scene.