Why Do We [Nigerians] Call Snails Congo Meat? 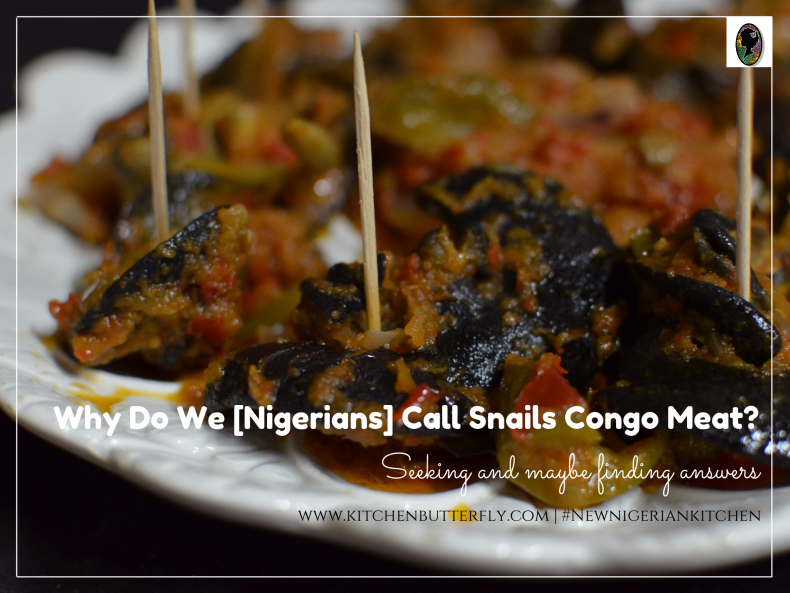 I’ve always wondered why snails are called Congo meat. What did the Congolese do to for us to take on that name? Look, if you know Nigerians, we are not easy to award accolades just for the fun of it, or append labels just because. So for us to refer to this in many parts as Congo meat, then its with good reason.

I believe that snails were so popular in the Congo that everyone – travelers, colonialists, everyone referred to it as Congo meat, and thus this stuck. Of course, there is the possibility that Nigerians travelled to the Congo as opposed to just receiving reports.

Or were the early snails brought to Nigeria from the Congo? Unlikely me thinks. Our climate and vegetation is similar to that in the Republic and we probably were already eating them.

So, yes my theory is the Congolese were the earliest Africans to eat snails and thus, as can be expected it was named after them. This idea isn’t too far-fetched – the idea of a dish/ ingredient being named after the source. Like Jollof. I believe the name of the dish evolved as James McCann says from the Djula, travelling salesmen.

I think the answer might lie in the annals of history. In ‘The Congo: Plunder and Resistance, a book By Leo Zeilig, David Renton, David Seddon, mention is made of the Mongo people of the Congolese Great Forest who inhabited forest regions from the 1st century and enjoyed a diet rich in snails, termites and other forest dwellers.

In Natural Enemies of Terrestrial Molluscs, edited by G. M. Barker, mention is made of West Africa and the Congo basin being the highest consumers of snails.

Interesting. So I went on a hunt for Congolese snail recipes. I figured that would convince me that at least ate them. I found this delightful looking recipe with peanut butter which I can’t wait to try. I’ll be honest, I haven’t conceived of such a combination – snails and peanut butter but I imagine it will be delicious. http://mamacongo.blogspot.nl/2012/11/cooking-with-mamas-escargot-escargot.html 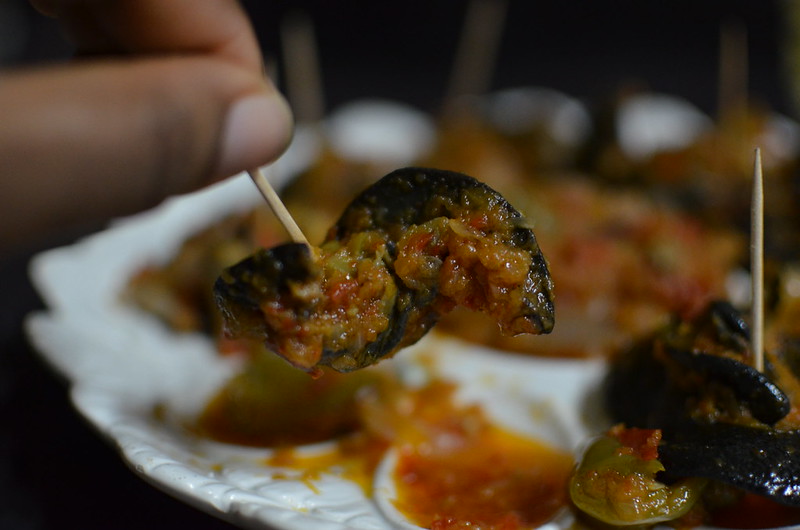 Passionate about food in its entirety – cooking, eating, dreaming, writing and photographing it. ‘Traveller, by plate’, using foodways – the social, cultural and economic practices relating to the production and consumption of food to explore Nigerian cuisine & the world for ‘food is more than eating’.
You might also like
Nigerian Snail recipesNigerian Cuisine

How To Hold a Feast, of Snails

How To Eat Fried Snails
Kitchen Butterfly is a Winner!