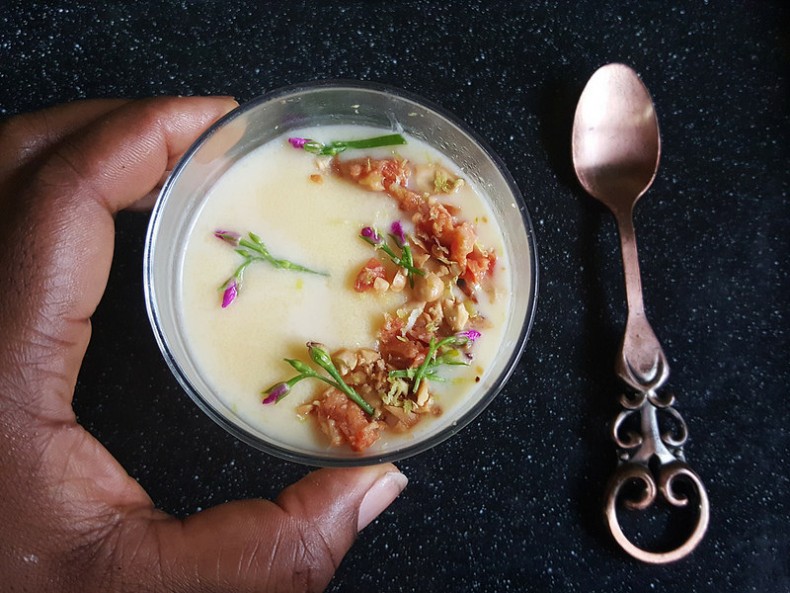 Lool, if you are tired of me and my Agbalumo experiments, imma have to ask you to step aside for a minute or two because there’s more.

I’ve been wanting to make this posset since I first realised how acidic Agbalumo was. How it curdled milk. Yep, this has been in my plan for a year and a bit.

So what’s a posset? According to Wikipedia, A posset (also spelled poshote, poshotte) was a British hot drink of milk curdled with wine or ale, often spiced, which was popular from medieval times to the 19th century. The word is mainly used nowadays for a related dessert similar to syllabub. In the Middle Ages, it was used as a cold and flu remedy and was more of a drink than a mousse.

So finally, I gave it a go. I did feel a bit disappointed because the end result was a bit too sweet and orangey and not as full of Agbalumo flavour as I’d hoped. And, it didn’t quite ‘set’. It thickened but not considerably.

I think the addition of orange juice might have inhibited the setting so I’m going to try this but with lime juice which is more acidic than orange. Because we don’t give up.

Paired with some shortbread though and agbalumo flesh it was a nice treat. 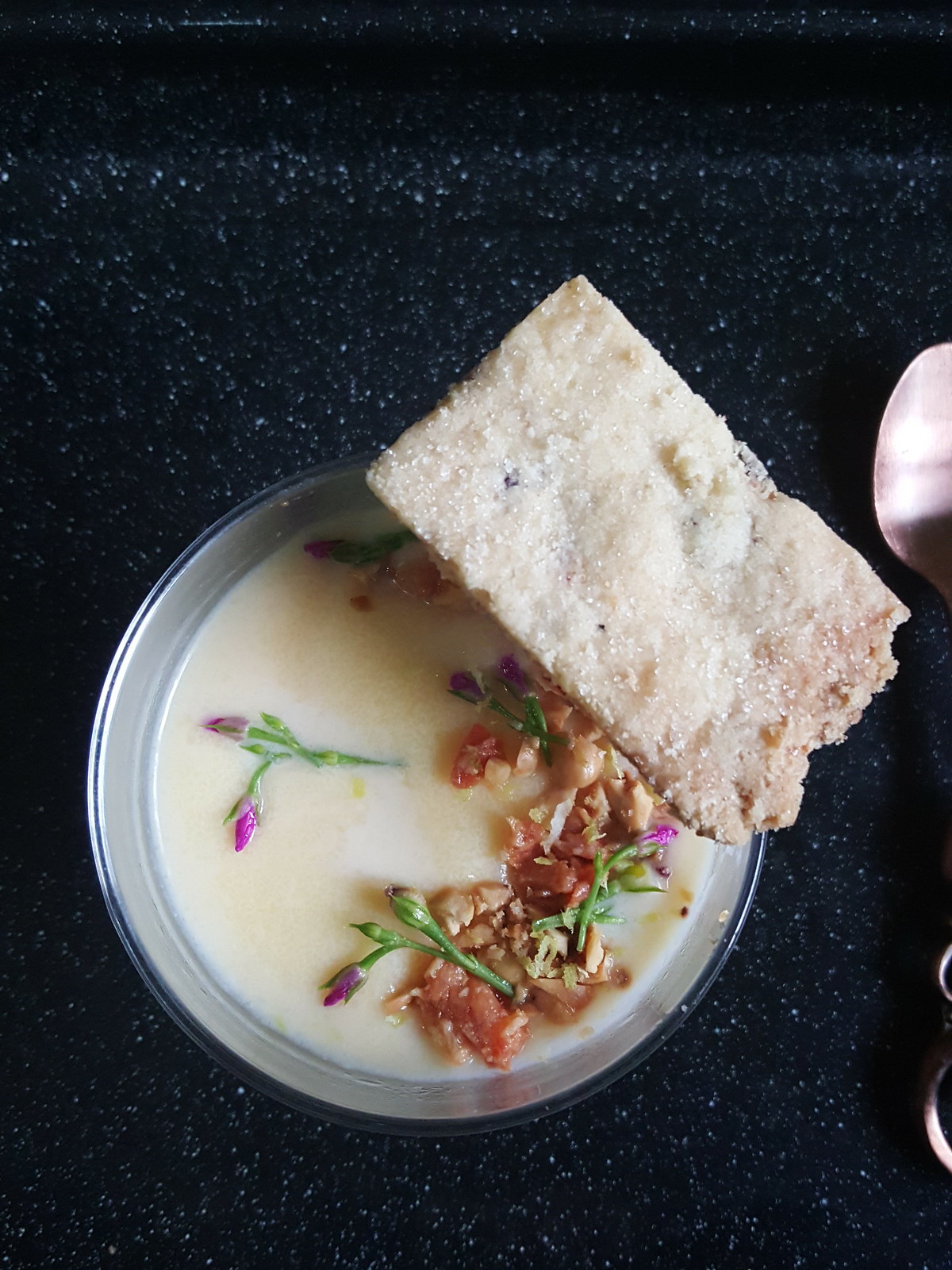 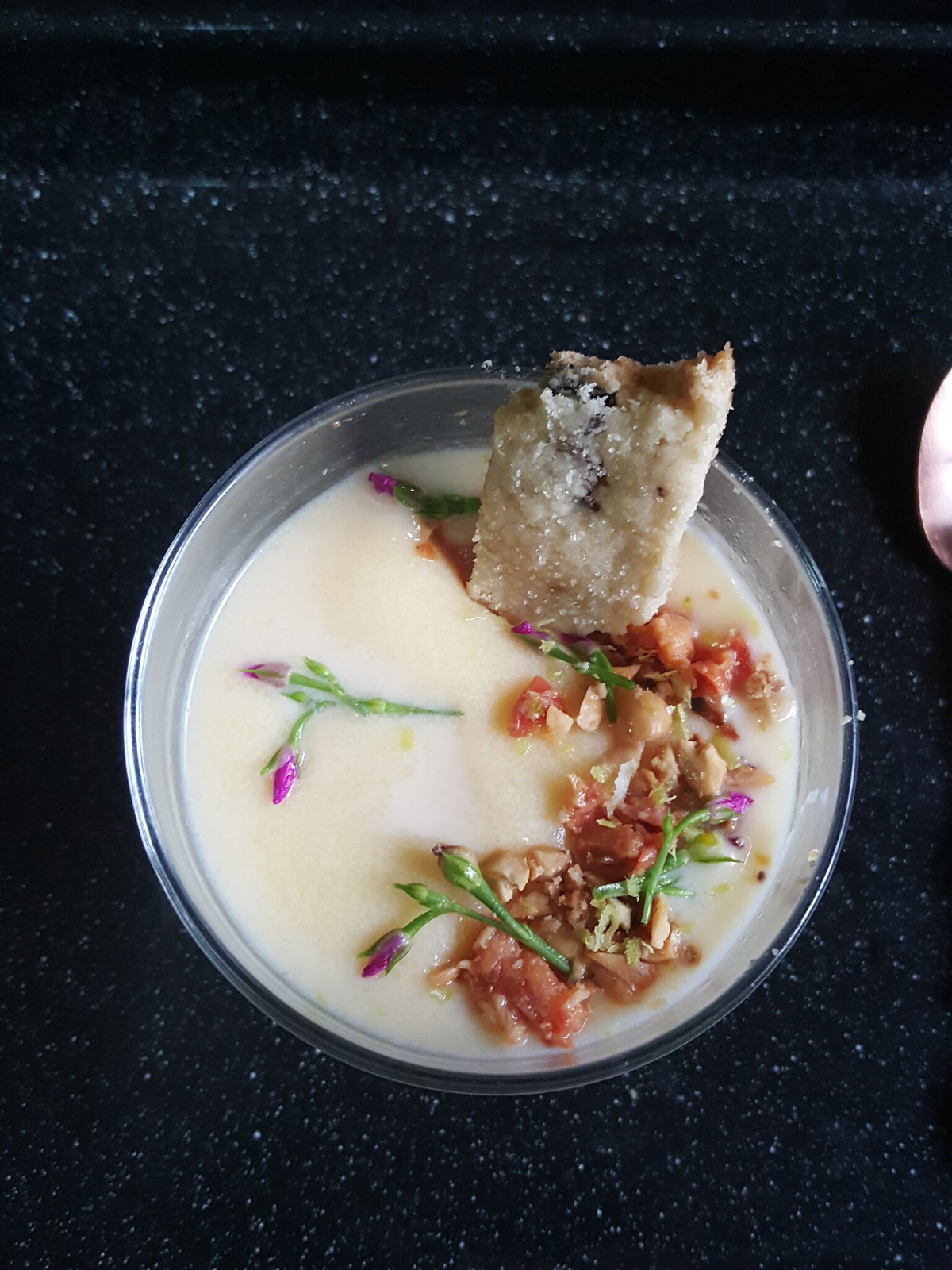 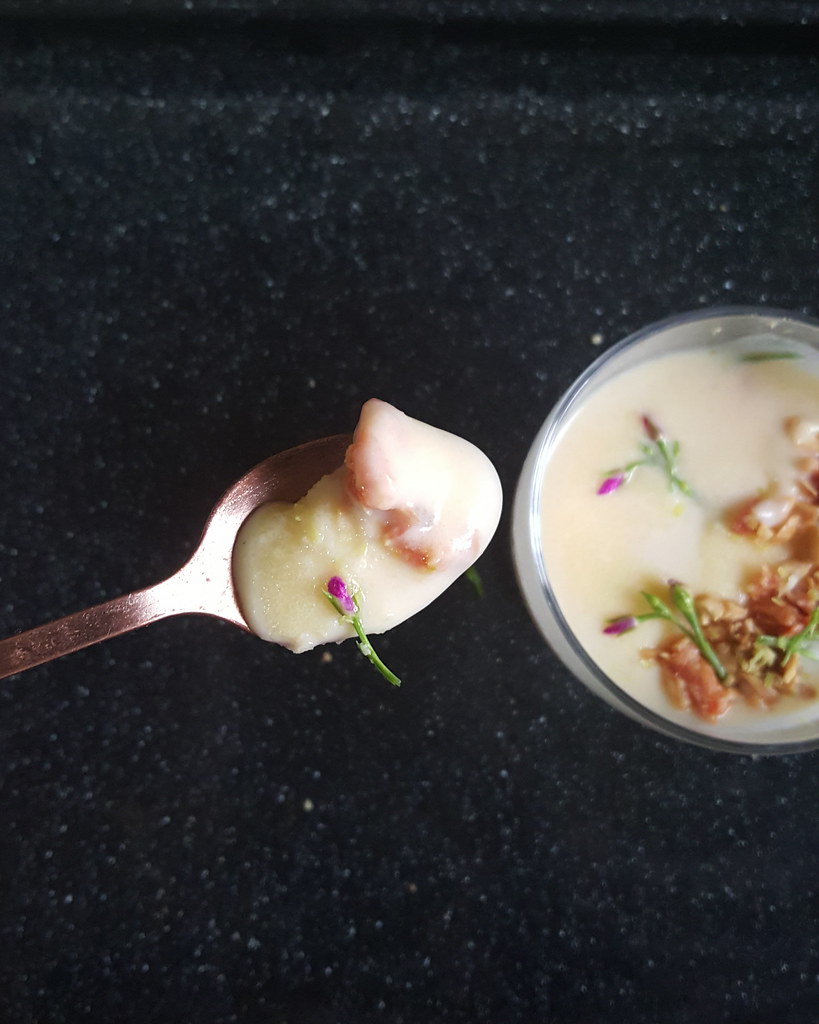 Passionate about food in its entirety – cooking, eating, dreaming, writing and photographing it. ‘Traveller, by plate’, using foodways – the social, cultural and economic practices relating to the production and consumption of food to explore Nigerian cuisine & the world for ‘food is more than eating’.
You might also like
Agbalumo recipesNigerian dessertsNigerian CuisineRecipes