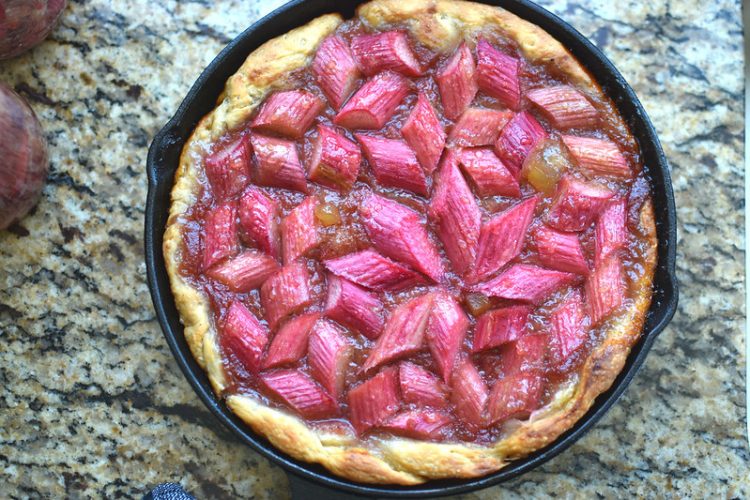 ‘Tis the season for rhubarb. And bread dough still, right? And you know that strawberry and rhubarb are a thing, no? It’s also the season of galettes and tarts, pies and cobblers. Crisps, pandowdies, crumbles and every combination of fruit and crust – top, bottom, crumbled, cut, laid down in rounds.

I remember a friend of mine, W exasperated with his wife and I going on and on about baking one thing or the other. He asked ‘What’s the difference between all these things, sef?’ They all taste the same. And as we waxed lyrical about texture and crust to fruit ratios, we just walked on. By. And so ended the conversation.

Spoon the ginger glaze over the rhubarb in liberal amounts