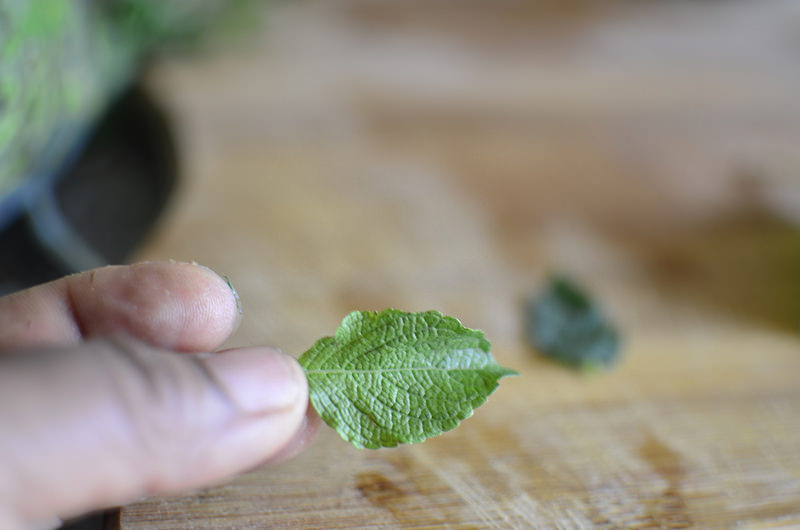 It never ceases to amaze me just how connected we are, from Lagos to Laos. Scent leaves, Perilla, Shiso, of the family Lamiaceae. These herbaceous, perennial shrubs are cousins in the mint family

I thought I knew everything about this plant. Growing up, it featured prominently in pepper soup, added at the last minute to bring clean citrus flavours and a distinctive scent. In Port Harcourt, I learnt to enjoy it in Kekefia – unripe pottage. It made the mandatory unripe plantains more than edible.

What changed things for me was having the plant in my garden. As is wont to happen when you get close to a thing, you begin to see more. What I noticed was the young leaves bore none of the toughness of the older leaves. That the buds were amazing as flavour pearls in oven-baked Moin-moin… and that  you could do so much more than have it in soup.

Scent leaves go by many names. Ocimum gratissimum in Latin; Scent leaf, Clove basil or tea bush in ‘Nigerian English’ and a host of other names in various dialects. The Yorubas of the south west call it Efirin, the Igbos of the south east – Ncho-anwu, Ahuji; The Edos, of the south ‘west/central know it as Aramogbo, the Ibibio of south-south call it Ntong and the Hausa of Northern Nigeria, Daidoya.

It is also known as tree basil – probably as a result of its woody stems, and wild basil in Hawaii.

It is found in the tropics, with Africa and Asia having the most variants of the species. This surprised me and it didn’t at the same time. There’s so much we have in common with countries that lie on the same latitude – near and far, from South India with its coconuts to the variety of produce in Thailand that matches Nigeria’s. 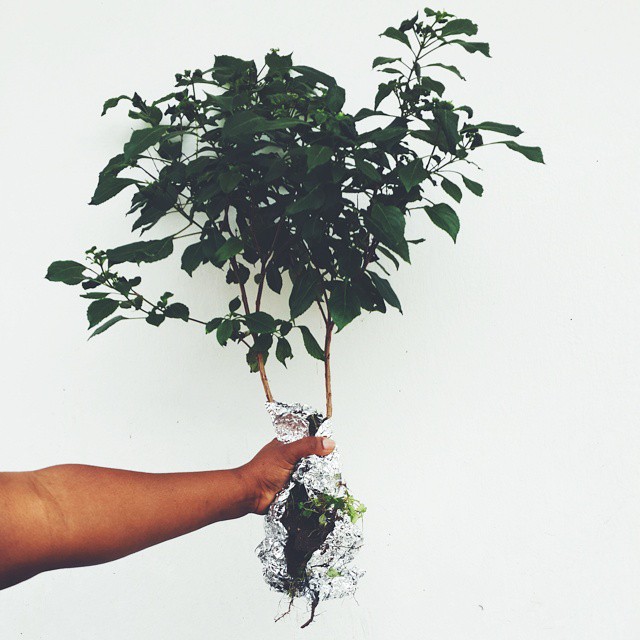 A typical scent leaf has a curvy peak with serrated/ wavy edges. 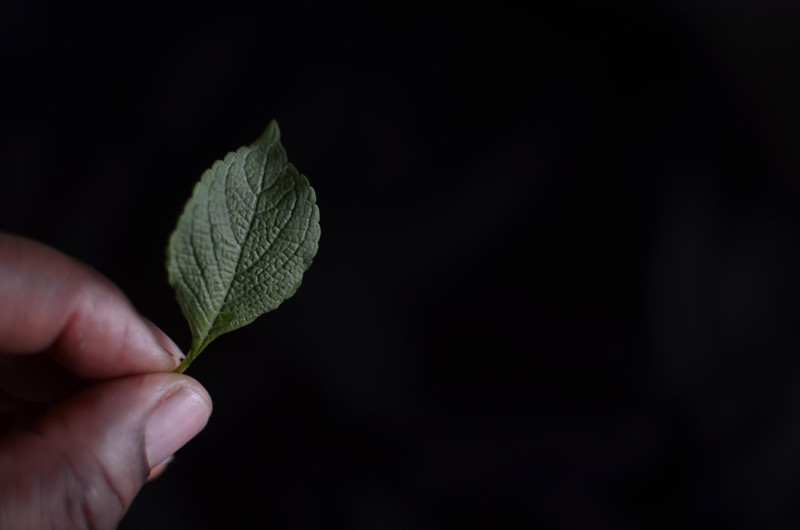 The leaf itself isn’t smooth – both back… 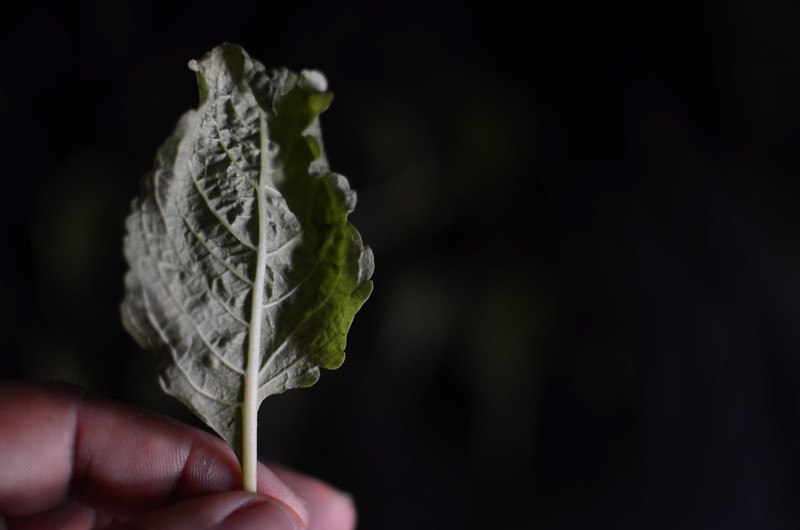 …and front are textured. I’ve found the older, larger leaves hardy and woody in flavour, 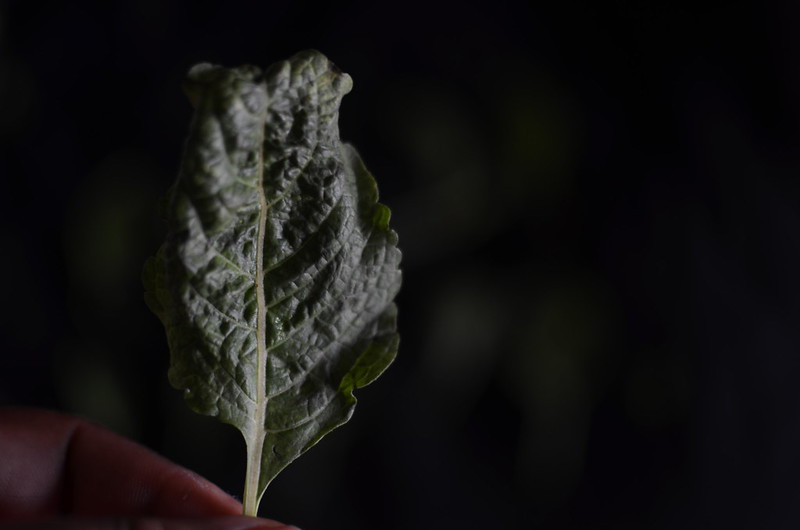 compared with the fresh, young, smaller ones, which I prefer. 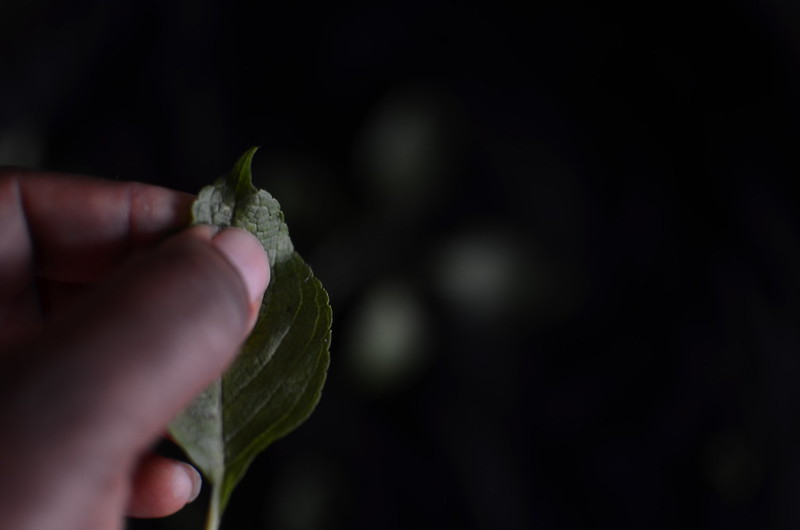 Yes, they are cousins with mint. Where does the resemblance start or stop :). Well, mint leaves tend to have fairly well-defined serration on the edges where as I find that the outline of the scent leaves vary from serrated to wavy.

The texture of the leaves are different too with mint being a lot more delicate in touch and feel compared with the hardier scent leaves.

I don’t want to use colour as an indice even though here, it looks the part :).

One interesting observation is in size. Mint leaves rarely grow larger than an inch or thereabouts unlike scent leves which can be 2/ 3 inches.

Grassy with a clean, citrus flavor and anise, licorice notes. Works well in broths and syrups. Could be used like mint, in tea and mojitos.

Scent leaves are nutrient-rich  – high in calcium, phosphorous, iron and vitamins A, K and C. Like Agbalumo.

The Scent leaf has been reported to be rich in plant chemicals. Phytochemical evaluation of the plant has shown that it is rich in alkaloids, tannins, phytates, flavonoids and oligosaccharides (Ijeh et al, 2004).

It’s no wonder they are seen as a cure-all.

The crushed leaf juice is used in the treatment of convulsion, stomach pain and catarrh. Oil from the leaves has been shown to possess antiseptic, antibacterial, and antifungal activities (Ezekwesili et al, 2004). O. gratissimum has proved to be an effective anti-microbial (Orafidiya et al, 2001) and hypoglycemic and hepatoprotective agent