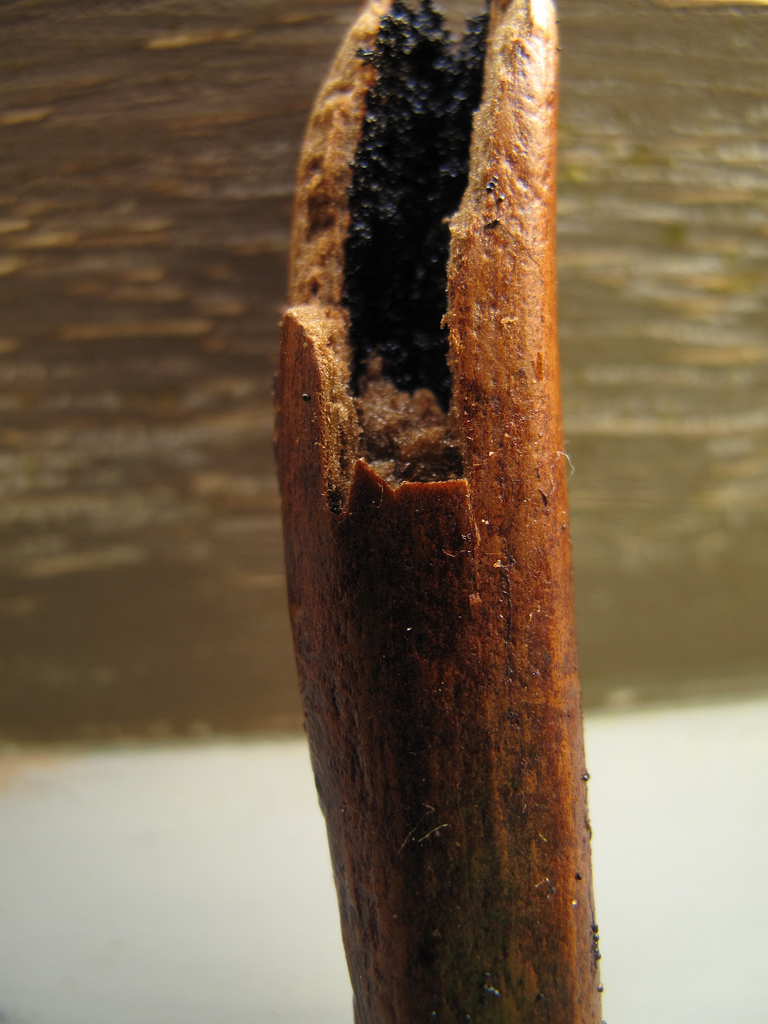 Sometimes we go too far, then we slip over the edge, falling or flying: such are the adventures of the home cook. Daily and weekly, I am obsessed with how to make things at home, sometimes I succeed, and sometimes I fail and rather spectacularly too but I never let that stop me, guilty as I feel for my the waste bin which in some cases is my stomach! This occasion however is a tale of success, from start to finish (well, save for the disastrous accompanying meringue pies, which just didn’t work) for in the end, I made my own vanilla powder! 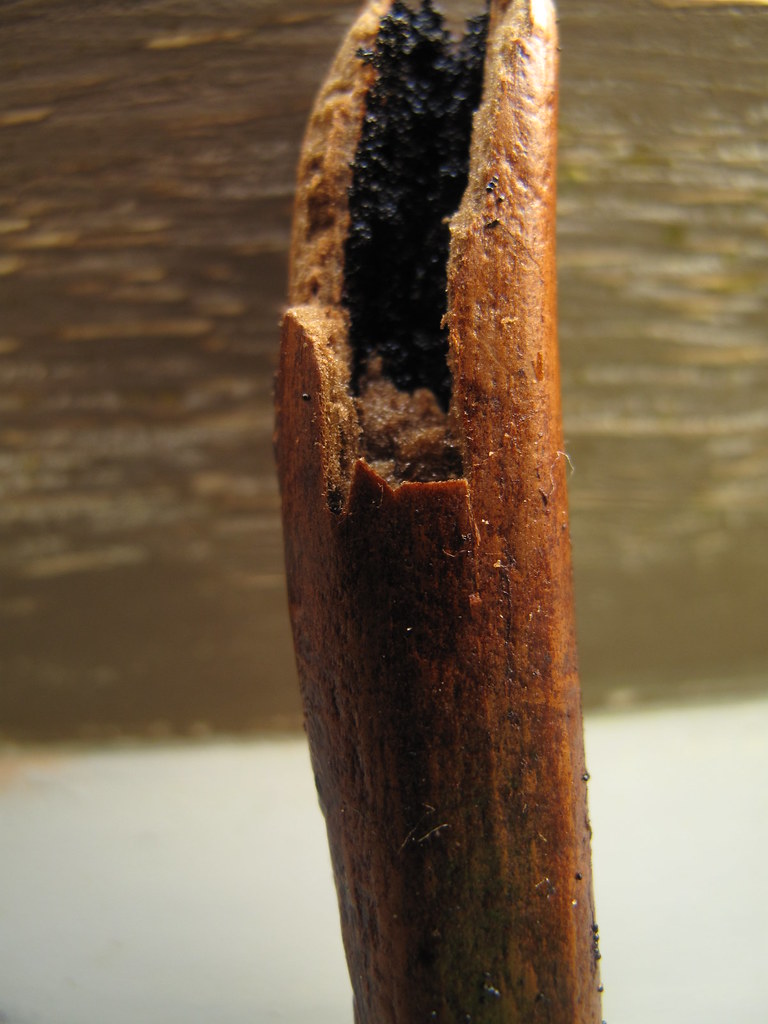 I skipped and hopped in excitement when I made this discovery and smiled with a deep, deep sense of satisfaction and achievement. If it were you, would you do differently when confronted with the pure, dark, aromatic bouquet of vanilla flavours? And all a complete chance happening.

Why do I love homemade so?

In the past, I’ve bought vanilla powder, the most recent being 10g of powder, which I purchased for an expensive five Euros (€5) in Copenhagen, while visiting a friend. Even as I teased out the last specks, emptying them into some sweet orange curd, I knew I was out. 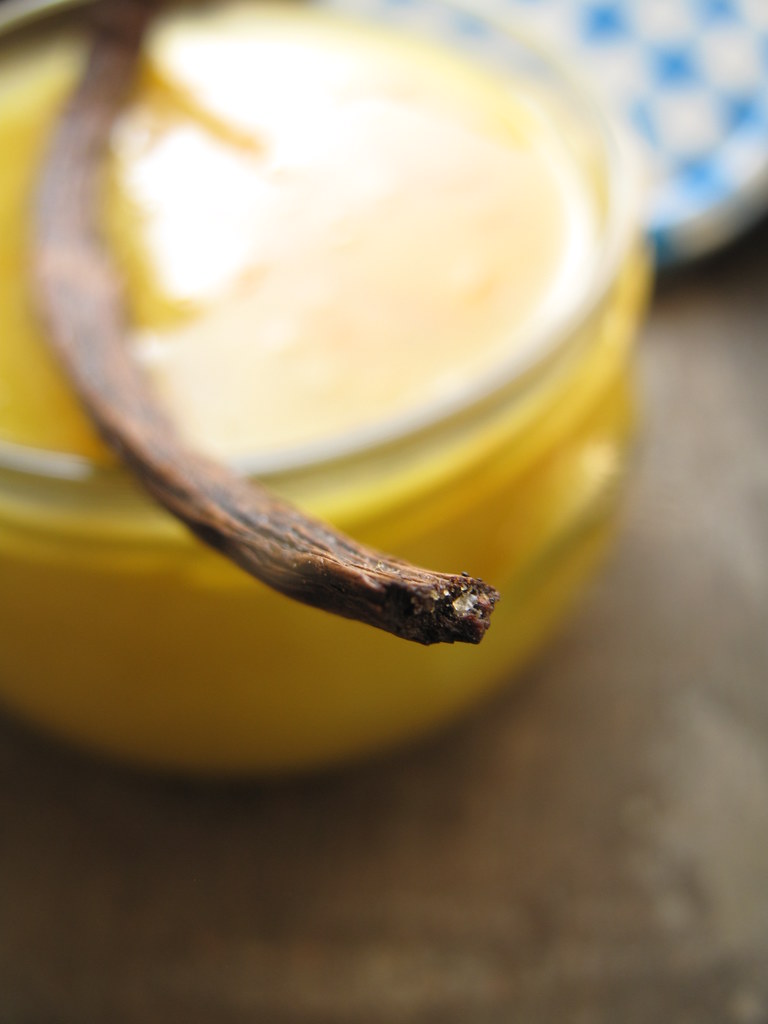 Loathe to ask my friend to send me some more from Denmark; I climbed on a kitchen stool to reach my glass jar of dried-out vanilla pods, purchased over a year ago in a buy-what-you-can-for-you-just-might-run-out-at-an-awkward-time moment. To be honest I have used a lot of vanilla beans since then: the seeds in baked goods and drinks, and the left-over pods have lent their essence to sugar, salt, vinegars, oils and to make homemade extract, but still I had more pods than needed. 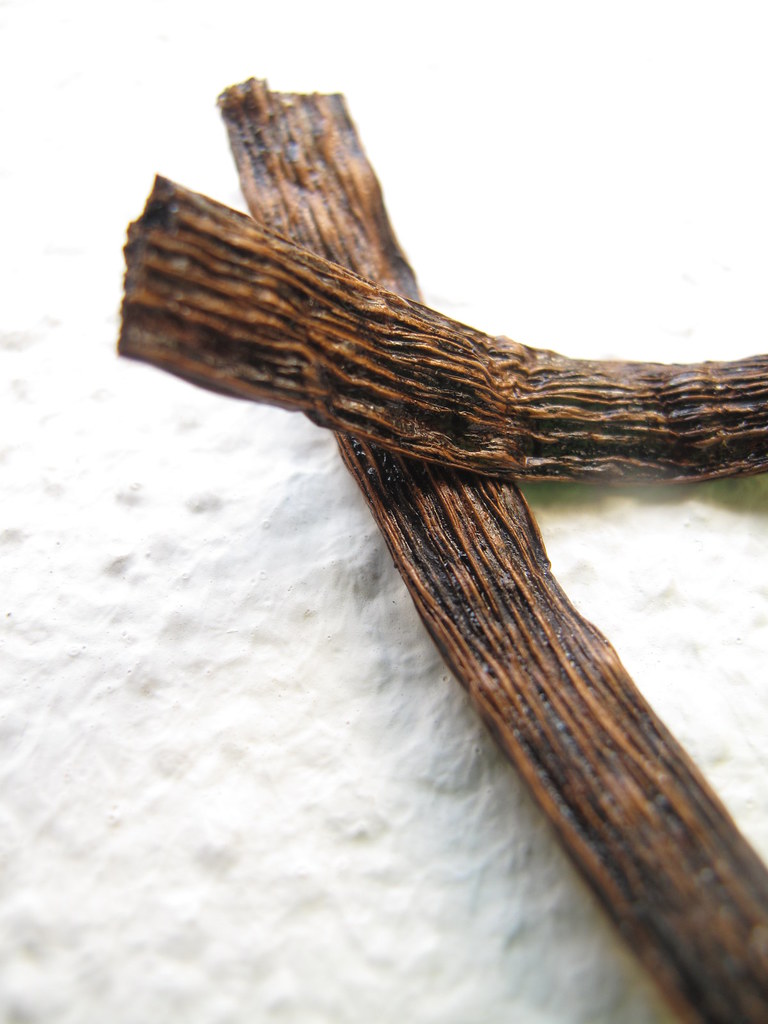 In a bid to plump up the beans, I microwaved them on the highest level my microwave has for about 30 seconds – about 20 seconds too long for the end result was a crisp, swollen pod markedly different from the dry and shriveled pod which had gone in. In a flash, crumbled bits of pod lay in my hands, and then the smile broke out. Without further prompting, I pulled out my food processor (your spice/coffee grinder would do nicely) and whizzed away, nice and easy. Now I know some people are averse to microwaves but that’s no reason to lose out, drying them on low heat in the oven should do the trick (not personally tried…yet) and of course, if you have a dehydrator, go right ahead and use it.

I made a batch of vanilla powder yesterday and ended up with the rich, dark rich I first saw in the jar I got from Copenhagen. This time I used fresh bourbon beans which I got a few weeks ago at Sligro. I tried to make the powder as soon as I got them but they were too moist. Microwaving one did nothing to dry it out, and so I left them out at room temperature in a jar to lose moisture and that they did. After three weeks, the pods were dry but still had gloss and shine. I blitzed them up and they ground well. The result was fresh, dark vanilla beans with nots of bourbon and visions of orchids. It appears that the secret to the colour preservation is not putting it in the microwave so I’ll be giving that one up! 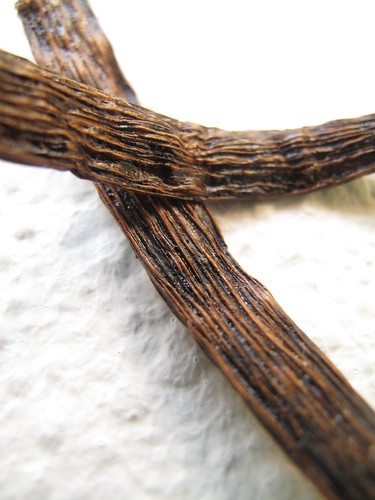 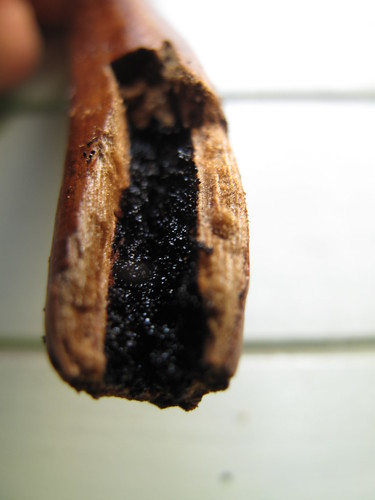 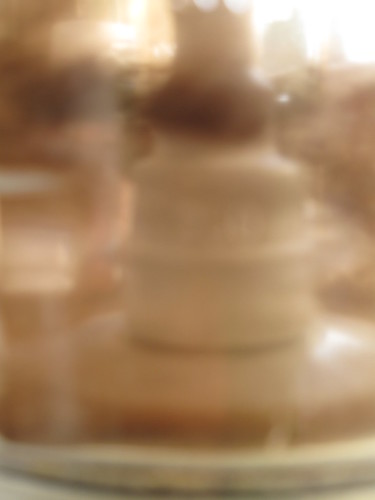 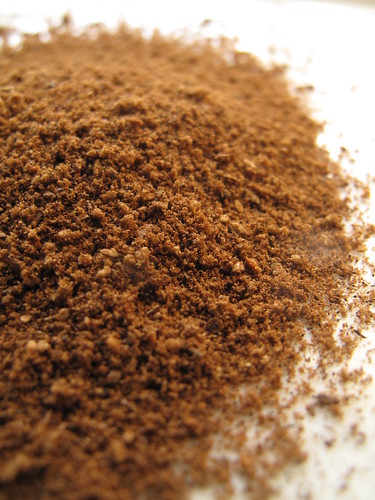 Why vanilla powder then? Well, many reasons.

2)     You can use it anytime, anyhow without fear of its essence being lost; vanilla extract, on the contrary loses some potency when heated because the alcohol evaporates and diminishes the flavours.

3)     It works well in temperamental dishes like macarons, where added moisture could be the difference between great success and spectacular failure!

4)     For people who don’t consume alcohol in any manner or form (as a result of religious preferences etc), vanilla powder is perfect

When I compared my version to the last of mine Copenhagen batch, I noticed a colour difference – mine was lighter in hue and a bit smoother. 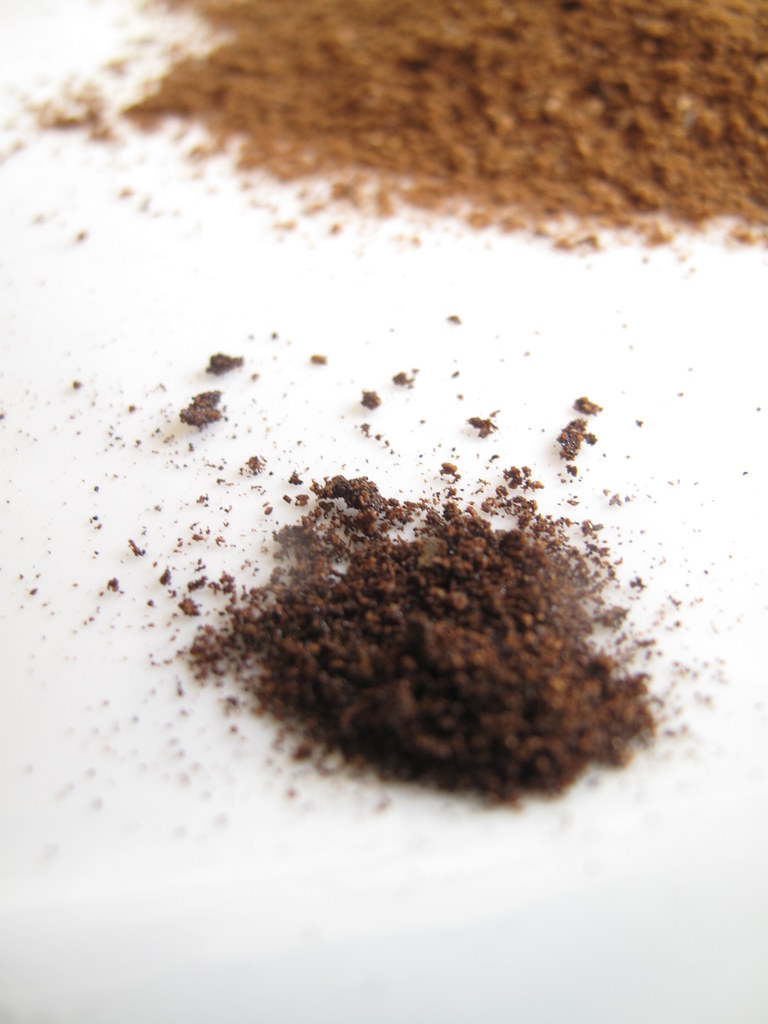 A rule of thumb for recipes with vanilla extract on the ingredient list – half the suggested amount and use powder instead – you won’t regret it.

And if per chance, you wonder what great things you could accomplish with it, think no more: 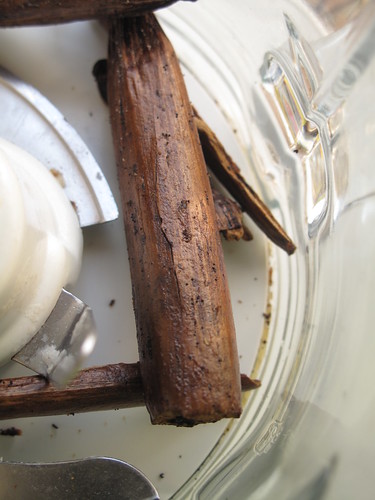 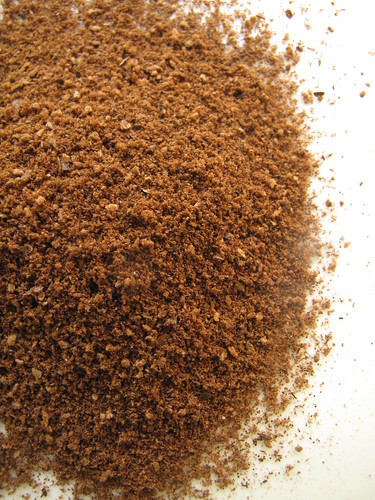 Here are some non-traditional ideas:

And you could also go down the route traditional and use in your cakes and bakes. And coffees and teas and chocolates. And ices and sorbets.

For maximum freshness, I store mine in an airtight jar in the fridge. 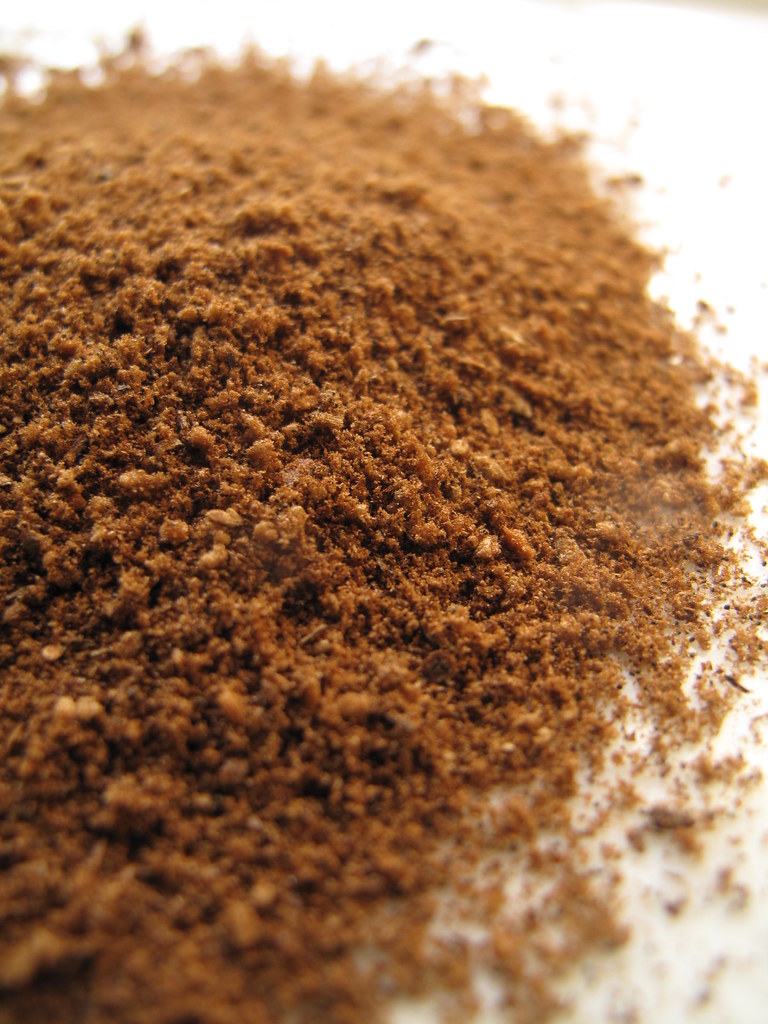 Meringue tarts next time, filled with orange curd and chocolate (disaster might I add). Lots of love X X X 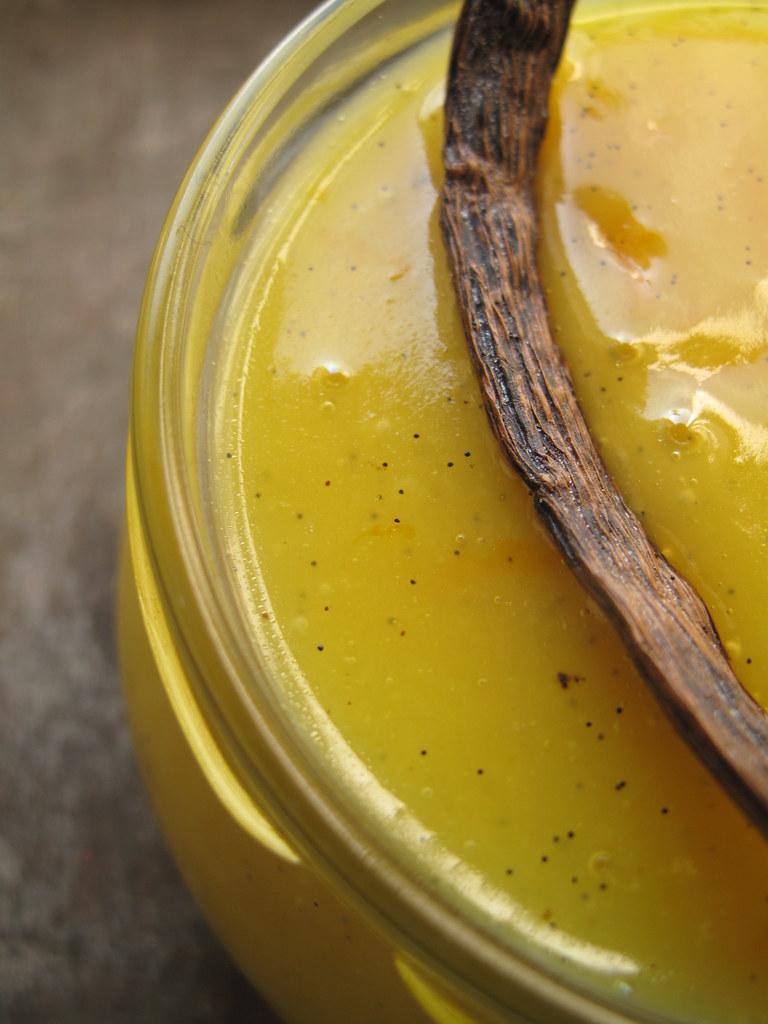 Want to know more about Vanilla?

Check out my how-to which covers