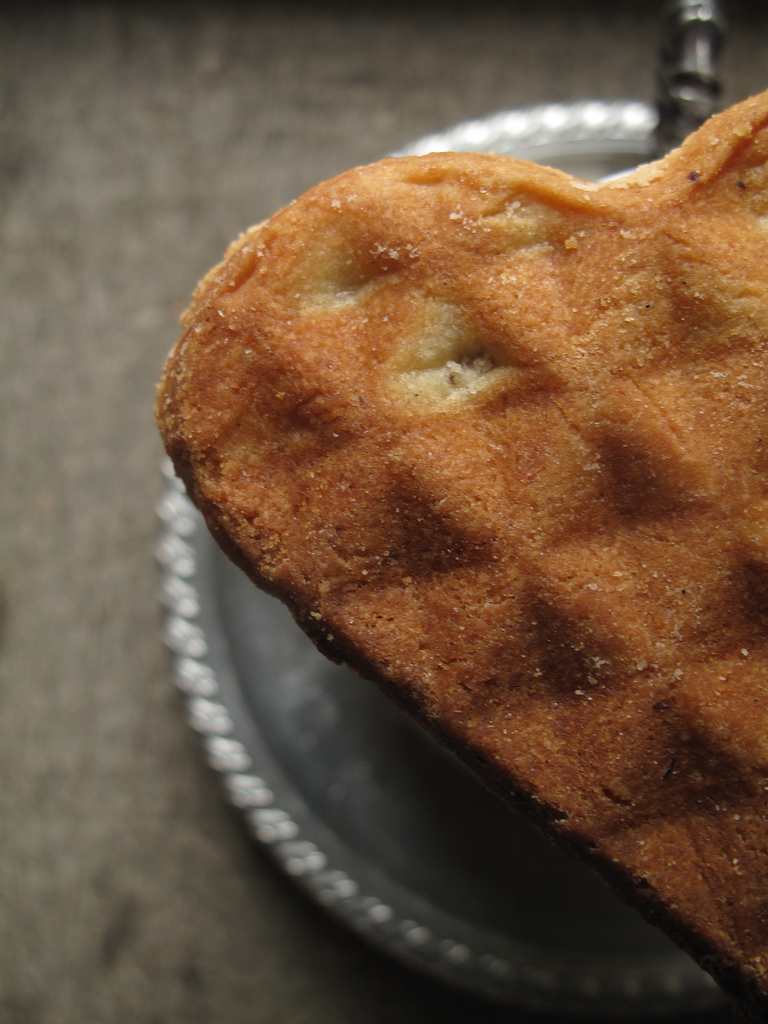 Its my nature. I can’t leave things be. 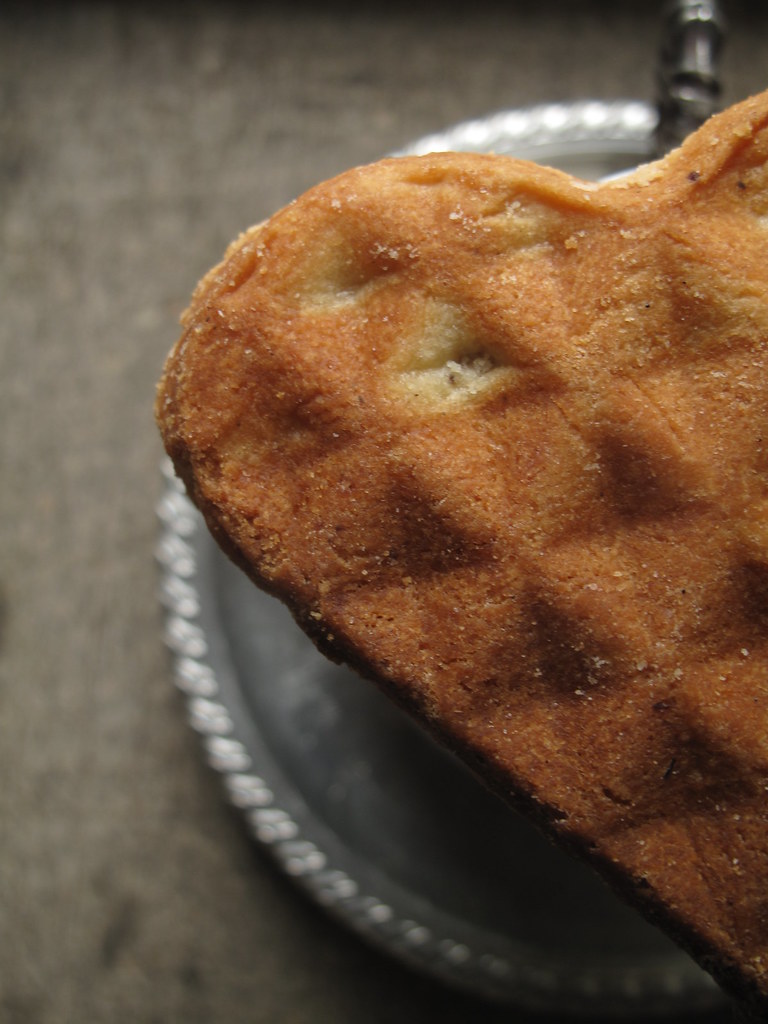 Not satisfied with having witnessed stroopwaffels being made by experts, I decided that I would try it at home – without a proper stroopwafel maker. And try I did. Verdict later! 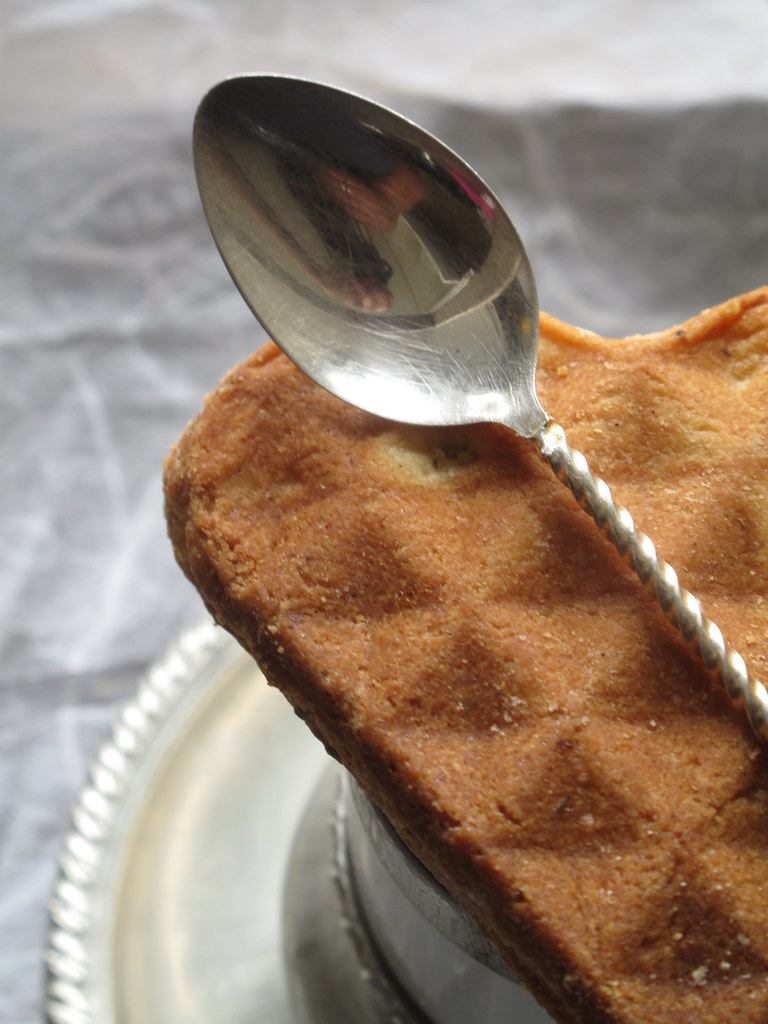 I learnt many interesting things, namely

So if you ever decide to make these ‘wafels, remember my notes. 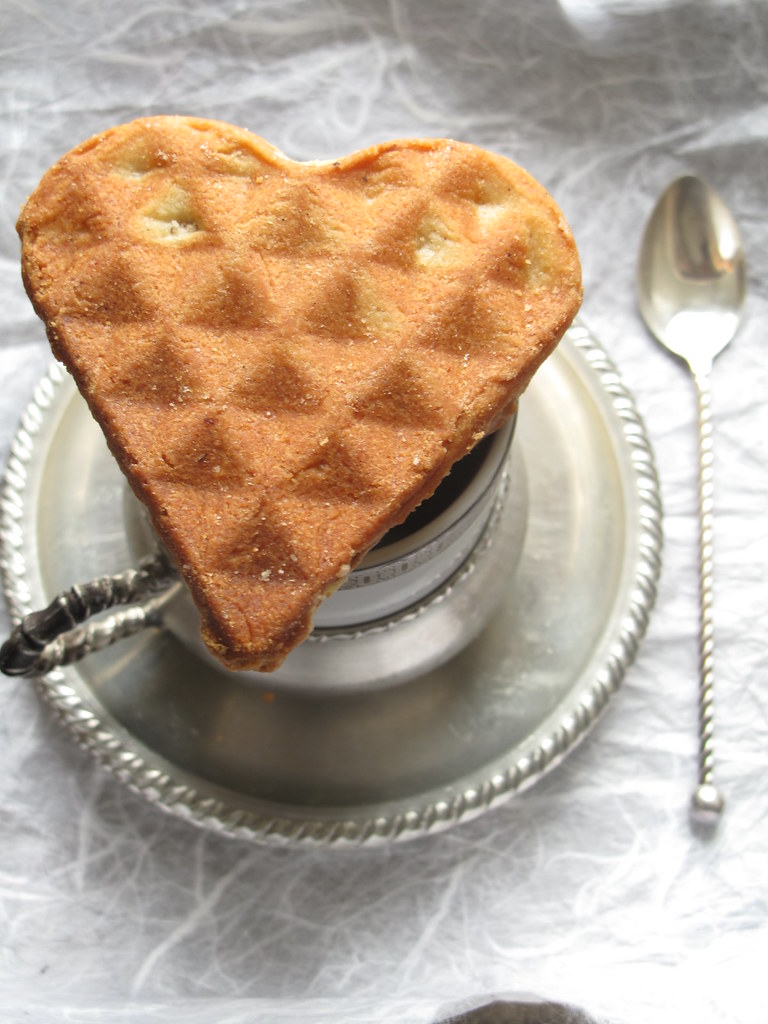 I made the ‘wafels in my heart shape, waffle maker. Now, this was rather interesting as it has a slightly different pattern to the real stroopwafel iron, which has smaller squares and holes and thus makes thinner cookies. Mine has a diamond pattern with highish pyramids. So in addition to everything else, I ended up with rather thick cookies, which thankfully tasted almost supreme. While no great issue, the thickness of the cookie I think, and my crisp caramel centre didn’t result in the classic stroopwafel texture which is chewy, with sweet, ‘stretchy’ caramel in the middle.

Traditionally, when set over the cup of steaming coffee, the the syrup melts a little bit and warms up, the sweetness of which is balanced by the bitter black gold of coffee. Perfect that I am far from traditional, because we could skip this step quite easily. 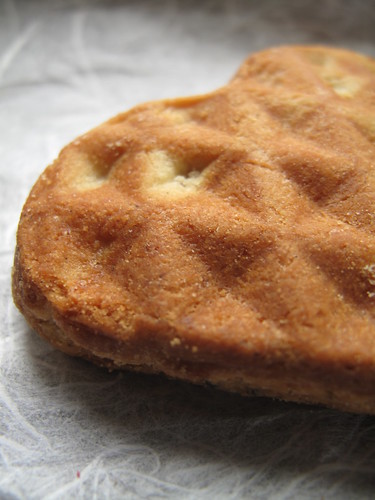 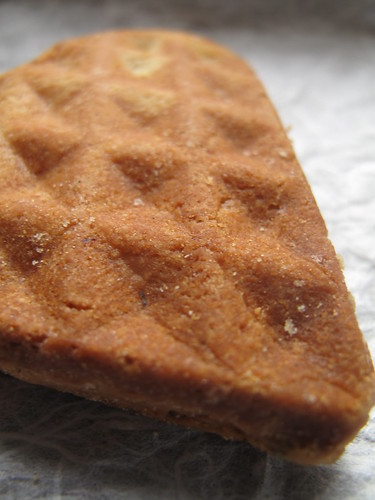 In the end, I decided to go with a caramelised white chocolate filling, which was stunning. Some of the fillings had a bit of Urfa biber – aka the Turkish pepper that is set to become one of the 2010 food trends. Gourmands describe its flavour as having fruity, raisin notes, with the heat coming as the last notes. I’ll be honest, it isn’t at all hot for me but, I’m a trendspotter so, there you go. Both versions were nice – spiced and not!

Urfa biber (also known as Isot pepper) is a dried Turkish pepper of the type Capsicum annuum cultivated in the Urfa region of Turkey. It is often described as having a smoky, ‘raisin-like’ taste. Urfa biber is technically a red pepper, ripening to a dark maroon on the plant. The peppers go through a two-part process, where they are sun-dried during the day and wrapped tightly at night. The night process is called ‘sweating’, and works to infuse the dried flesh with the remaining moisture of the pepper.The result is an appearance ranging from deep purple to a dark, purplish black. Urfa biber is less spicy than many other chile peppers, but provides a more lasting build of heat.

Traditionally used in Turkey in meat and savoury foods, because of its fruity overtones, it is becoming popular in to use in sweet dishes in North America.

Would I do it again? For sure.

This time, I will learn all about caramels, maybe buy another waffle iron and a new jar of golden syrup. We’ll have to see how that goes.

Till then, here’s the recipe, with adjustments and comments and using my props from Queen’s day! 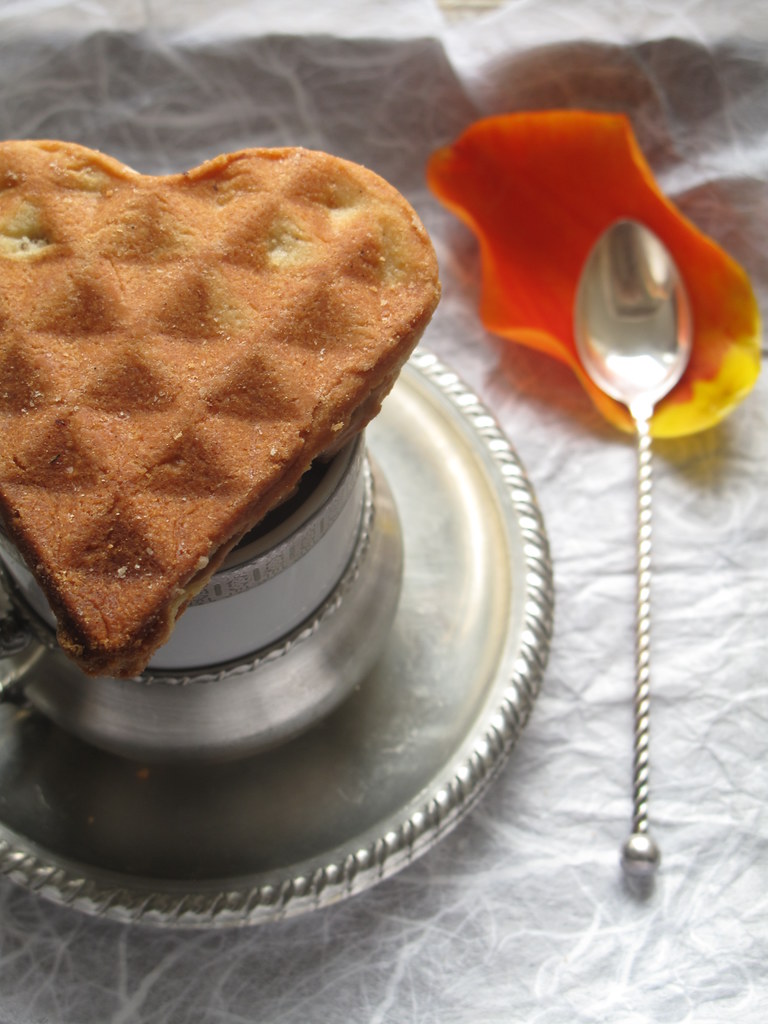 Put the sifted flour into a bowl. Slice the butter into the flour using 2 table knives until the mixture resembles large clumps

Add the egg and soft brown sugar and knead on a lightly floured surface to a soft, smooth dough, about 10 minutes or less. Add more flour by the teaspoonful till the dough comes together and looses its stickiness.

Place in a bowl, cover and leave to rise for an hour (at least). {My dough rose marginally both times I made this recipe. It didn’t appear to suffer though and it tasted excellent so no yeasty, horrible taste’} 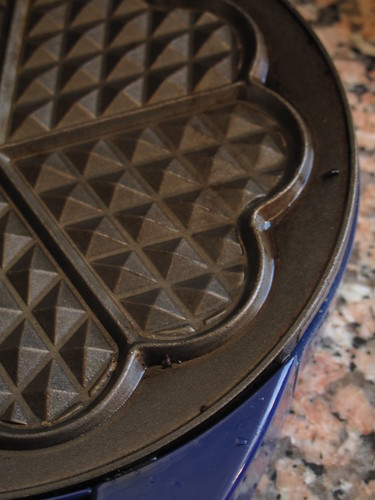 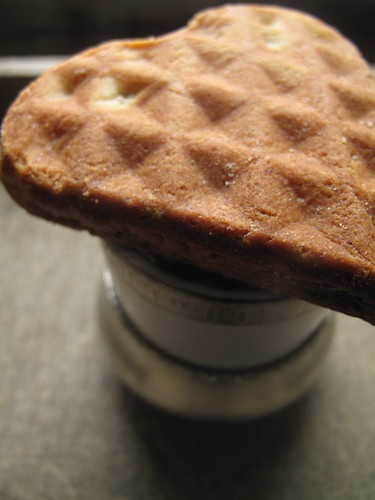 When the dough is risen, divide it into about 15 pieces of roughly equal size.

Then roll them between the palms of your hands into slightly flattened balls. {With my peculiarly shaped waffle maker, I made 5 at a time.} 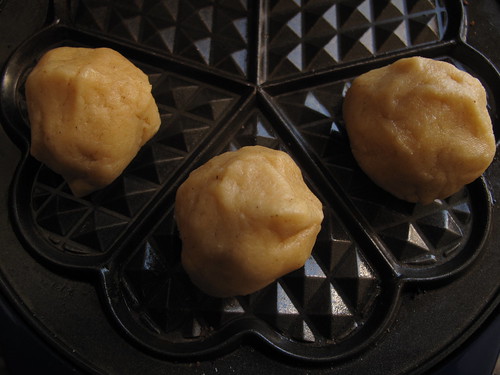 Place on the waffle iron and close them, to flatten out a bit. 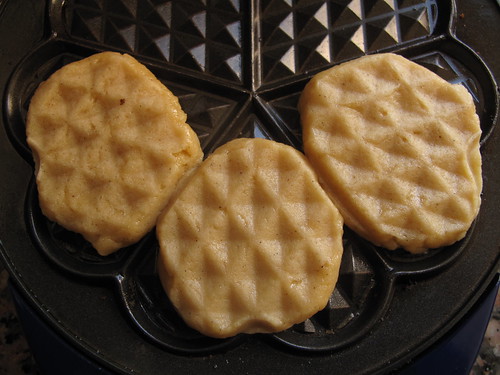 {In my case, this didn’t result in them completely filling out the iron, so I used a spoon to help spread them out so they could take on the heart shapes of the mould.} 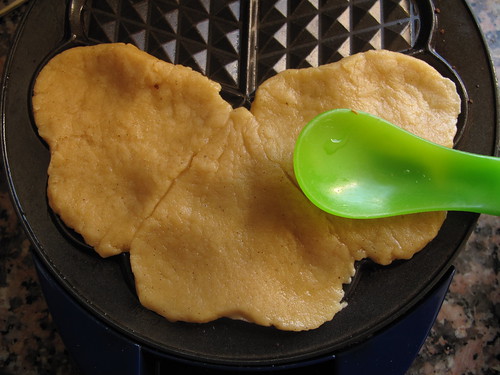 After 2-3 minutes, they are ready. Remove them from the iron and let them cool slightly, then cut open quickly. 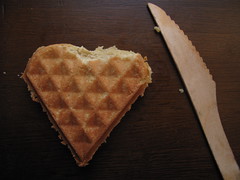 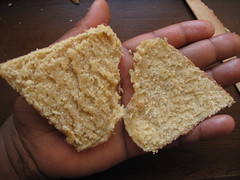 Spread syrup and assemble together. If they are allowed to cool down proper, they will crumble under your knife! 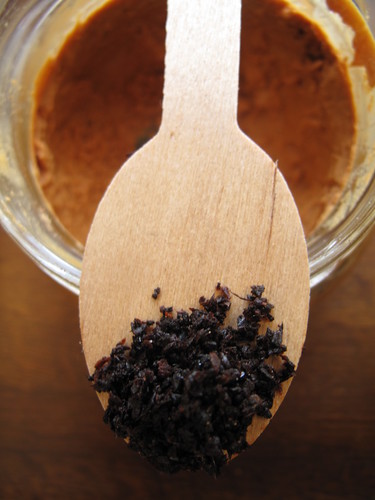 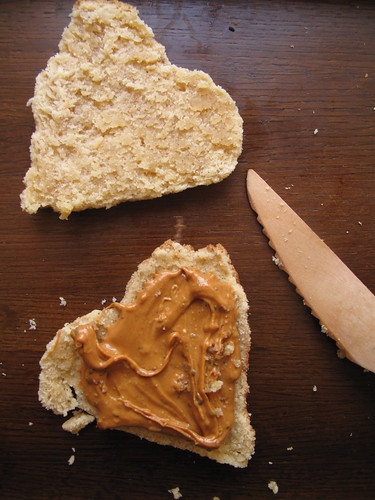 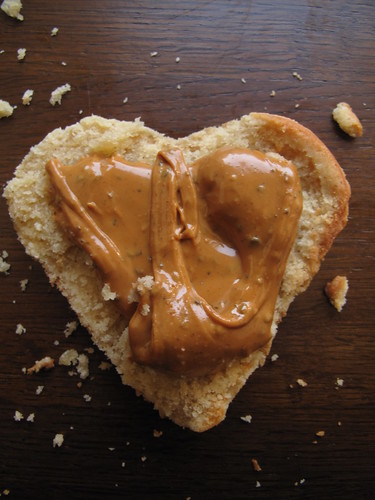 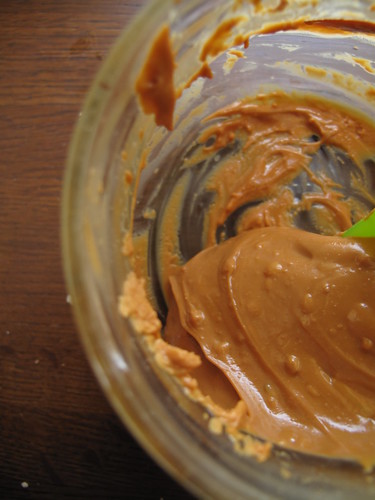 Enjoy the dutch way, with coffee {If you have cups which are smaller in diameter than your stroopwafels!} 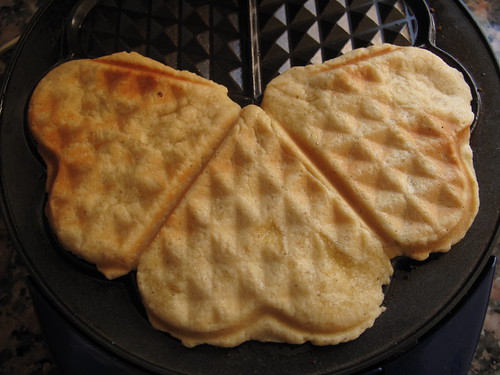 My way, with vanilla ice-cream and chocolate sauce!

I’m sending this on to yeast-spotting.

Have a superb weekend. 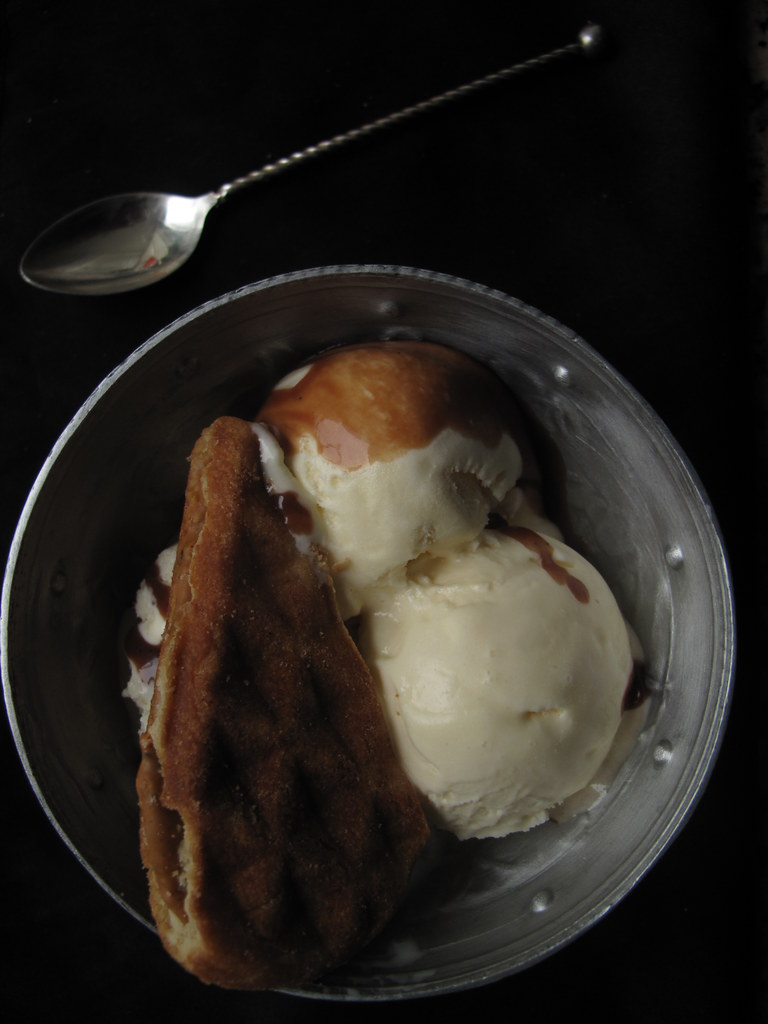 1.The science behind the magic of Caribbean blue seas

Why are the Caribbean seas postcard-perfect? Understand why the watercolour seascapes of beaches in Barbados, Antigua and St Kitts, amongst others are breathtaking.