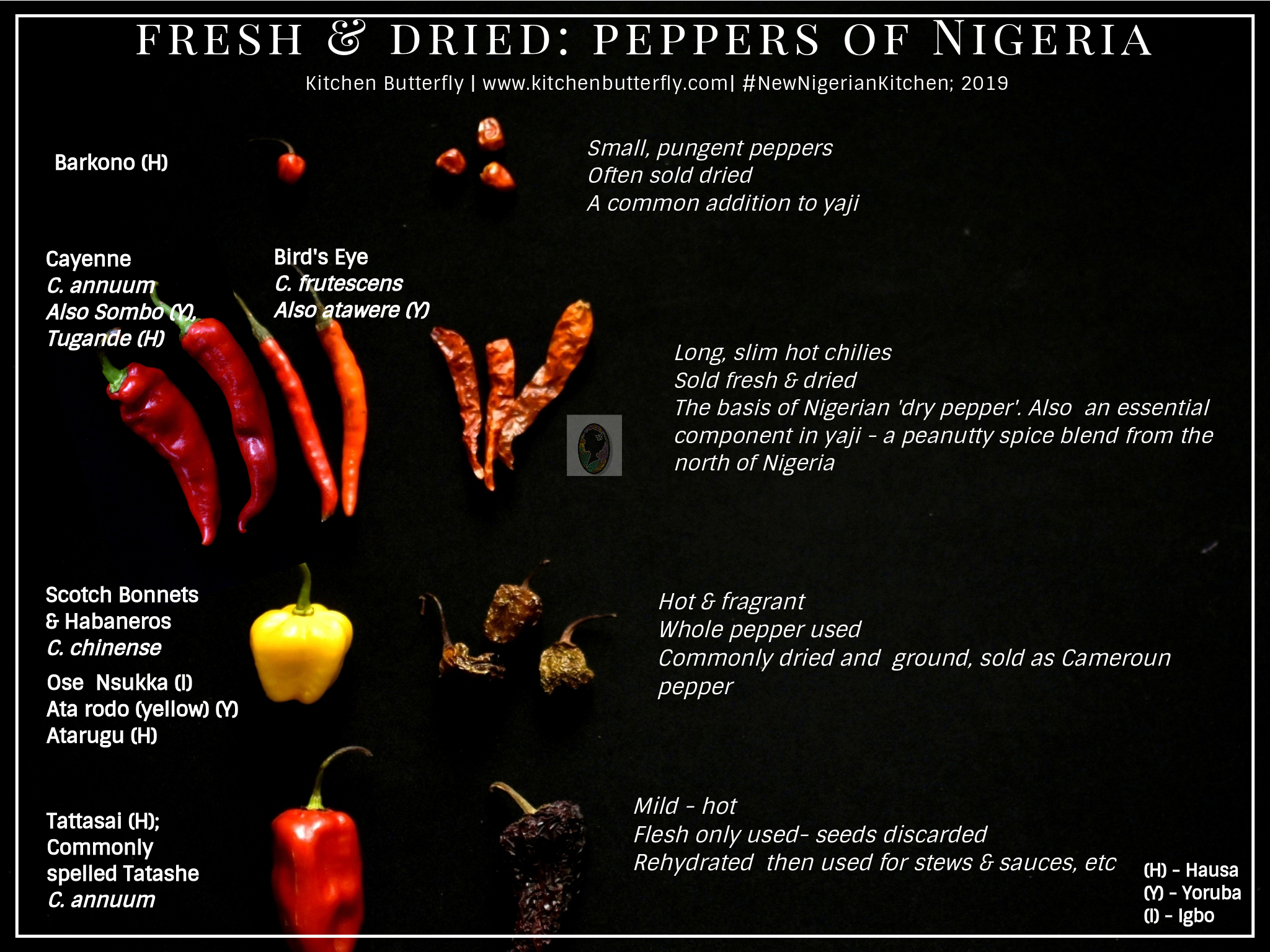 Peppers are one of the most commonly preserved ingredients across Nigeria.

Sun-dried, all sorts of peppers are available in super markets – whole, dried and also ground to what Nigerians call ‘dry pepper’.

They go in spice blends, like yaji – a mix of defatted peanuts and spices, used in suya

Here’s an attempt to identify and categorise the peppers, linking dried to fresh, sharing it’s common forms and uses where possible.

And here are a few close ups:

Commonly sold fresh and less so, dried. The first time I even thought about these peppers dried was in Spain, I believe. They are similar to the peppers from which paprika – the spice – is made.

And then a few years ago, I started seeing this in markets and it pleased my soul – just the thought that we’re getting more value out of our produce – managing post harvest losses by channeling some energy to preserve excess.

I’m also thrilled to see Nigerian companies begin to process the dried peppers into ground, powder. This is the future – added value out of each and every crop, produce.

At Oyingbo market in Lagos, you might find them in the northern Nigerian sections, tied up in bags – dried, or in water-filled, re hydrated, ready-to-use bags!

The most common form of fresh peppers also exist dried. The yellow variety are the most commonly dried scotch bonnets/ habaneros sold in the markets.

Sometimes though – as in the photo below – there’s a mix of peppers, marketed as dried yellow ones but it is evident that there is a mix of colours. These peppers are smoke and air dried, delivering great flavour whenever used.

I couldn’t find much botanical information about this variety of pepper so if you have, please share. I know they are used in yaji and other spice blends.

There are a lot more so this may be revised in future but for now, lets go with this.

I’m open to receiving more info so hit me with it :).

And if you want to know more about the fresh versions, here’s a post for you!