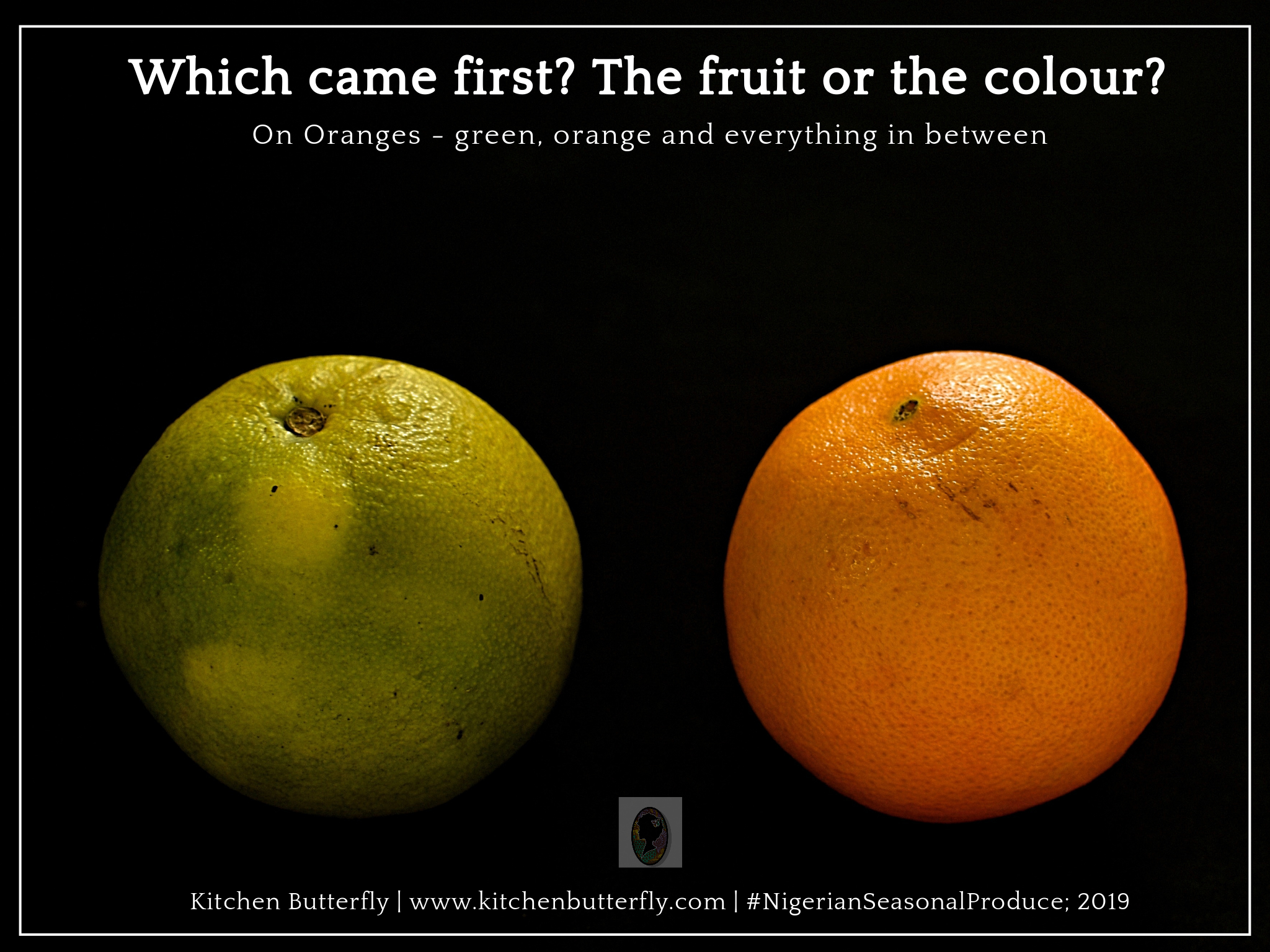 It’s true. Forget everything you thought you knew! Oranges can be green, yellow, orange and shades in between. 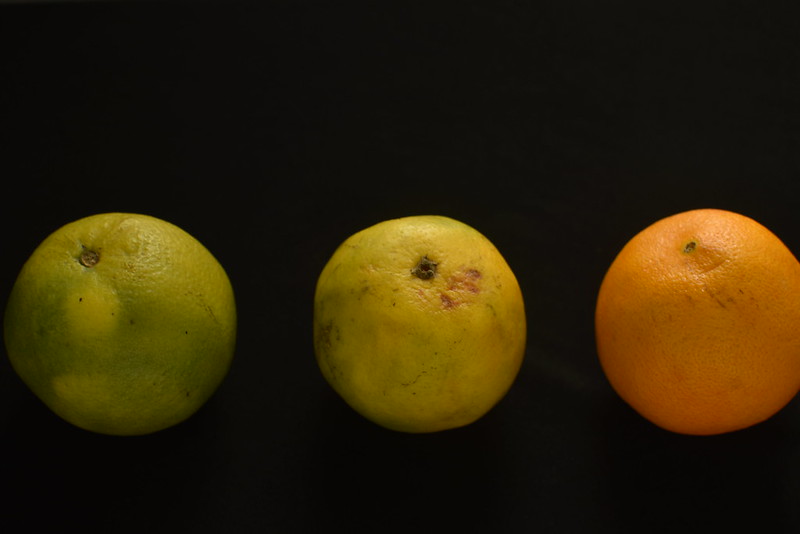 I raised three children on ‘orange’ oranges, dutifully bought from our local Albert Heijn in Wassenaar. They learnt to eat them quartered mostly and loved them.

And then we moved to Nigeria, to green and almost sunshine yellow oranges and my children were confused. 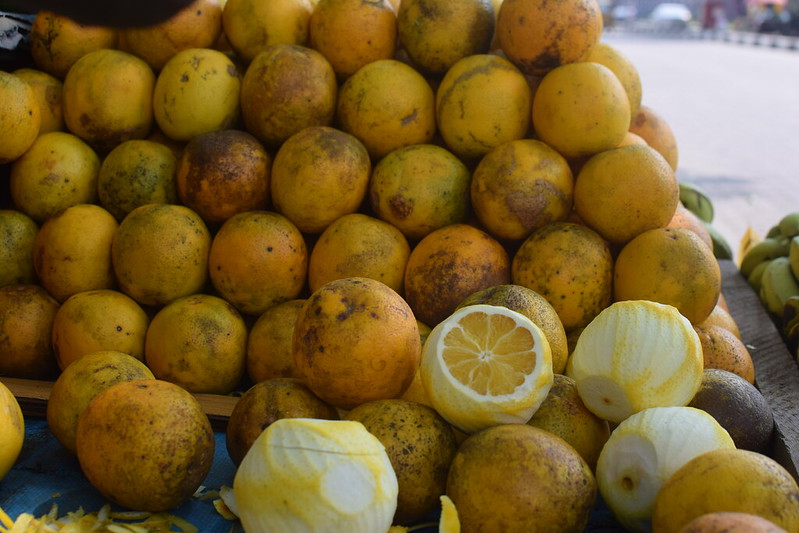 It hadn’t really occurred to me before this that there was a difference because I grew up on green oranges and orange oranges were the stuff we watched on TV when it showed us the world and other possibilities.

And they made the very first point – why are they called oranges if they aren’t orange?

You might want to know what oranges are in the first instance. So they are a cultivated fruit, a cross between tangerines and pomelos unknown in the wild.

#1. What came first – the fruit or the colour? The fruit!

The earliest recorded use of orange in English is from the 1300s where ‘pume orenge‘ is mentioned in adjectival form in an Anglo-Norman manuscript.

Orange the fruit came first. The word came into English either from Old French ‘pomme d’orenge’, or from the Spanish ‘naranja’ (with the subsequent transfer of the ‘n’ over to the indefinite article, as per ‘apron’ and ‘adder’, originally ‘napron’ and ‘nadder’). The Spanish word is itself a modification of the Arabic ‘naaranj’ (cf. also Persian ‘naarang’). Our colour term thus derives from the name of the fruit, not the other way round; Source – The Guardian“

English speakers probably didn’t have a specific name for the color until the fruit was widely available in their markets and inspired one. Before then, linguists believe people generally referred to orange as “yellow-red,” ġeolurēad in Old English.

#3 Where does the colour come from?

The colours in most fruits are dictated by photosynthetic pigments.

In green fruits, chlorophyll is largely responsible and in orange ones, carotenes.

Temperature plays a role in determining what colours are latent/ dominant, how much light is absorbed, wavelengths and all sorts of scientific aspects which I can’t do justice…think of the visible light spectrum aka the action spectrum? Does that play a role in the colours we see and where we see them?

In Nigeria, oranges retain a lot of the chlorophyll created because of the large amount of sunshine they receive. In temperate countries, oranges are often ‘cold-shocked’ to allow the orange color shine through. Or exposed to ethylene gas, which fragments the chlorophyll and releases the beta carotenes.

#4. Who else has green oranges?

So, there, some about which came first? The fruit or the colour!