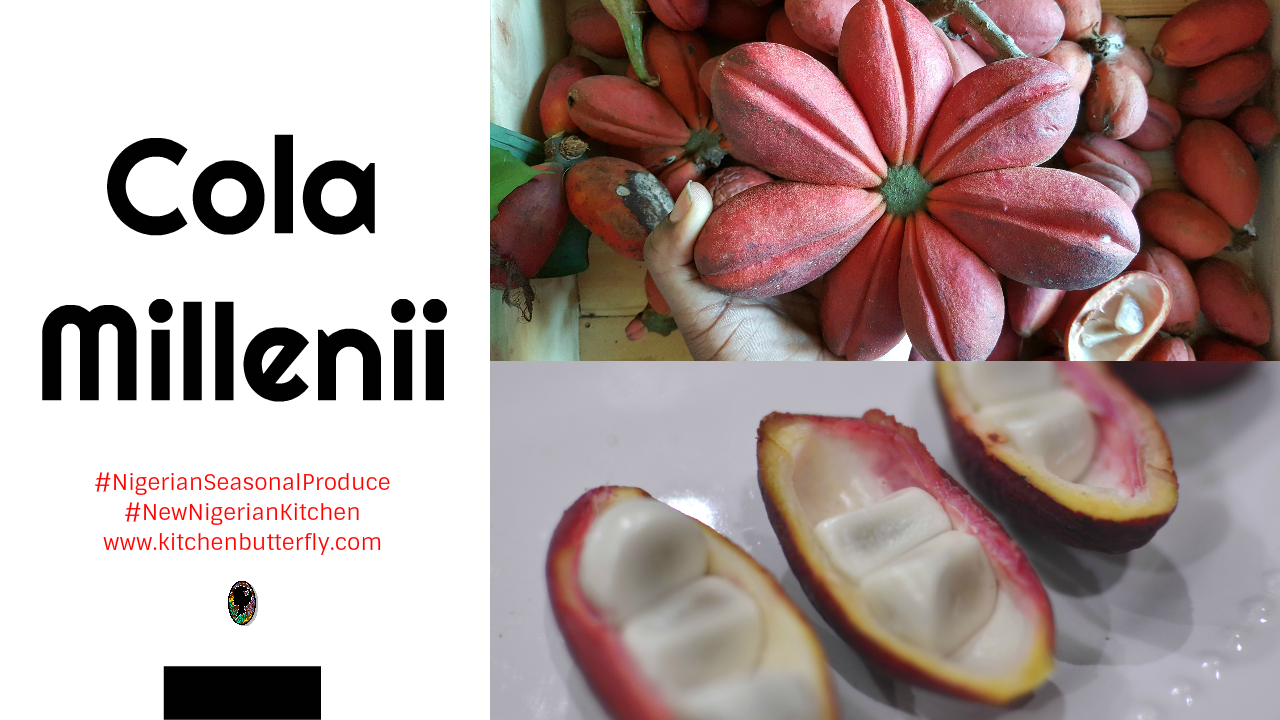 The first time I heard of a fruit with a name prefaced by ‘Monkey’ was in 2011, when I encountered ‘Epapa‘, which turned out to be one local name for Cola lepidota, aka Monkey Kola.

It didn’t seem peculiar to me – I put it down to ‘things monkeys also ate in the forest’. 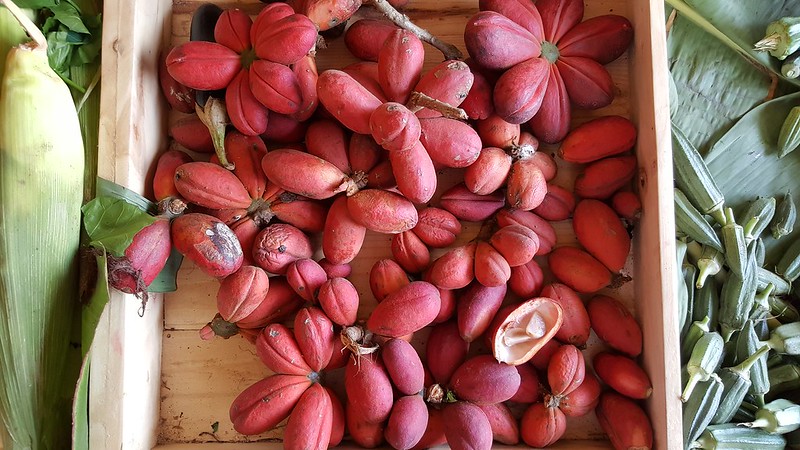 Till earlier on this year when I got some baobab and was struck by how much the flavours reminded me of tamarind. I began to investigate, reading various material. One in particular – Africa’s Baobab Trees. Why Monkey Names by Rashford – stands out. In it, the discussion around the meaning of ‘Monkey fruit’ is – something monkeys eat, or ‘monkey’ as the imitation of another. So Baobab as monkey tamarind, as a type of tamarind. Interesting…to me and a discussion I’ll continue soon, my point being this may be called Monkey Cola because it is a ‘form’ of Kola/ Cola. 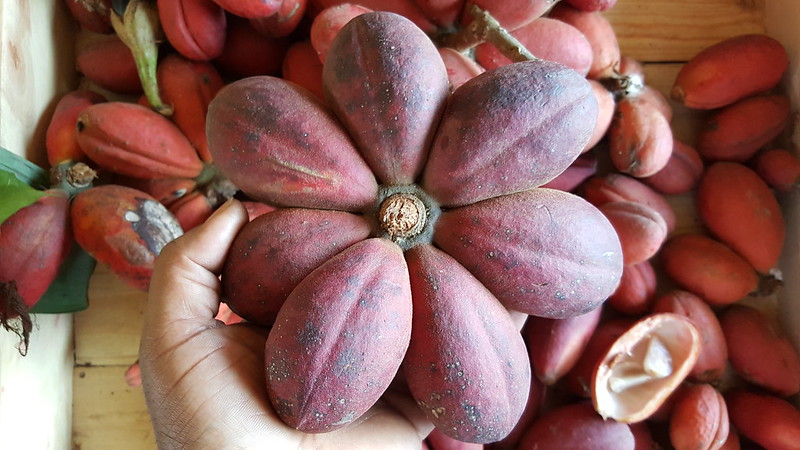 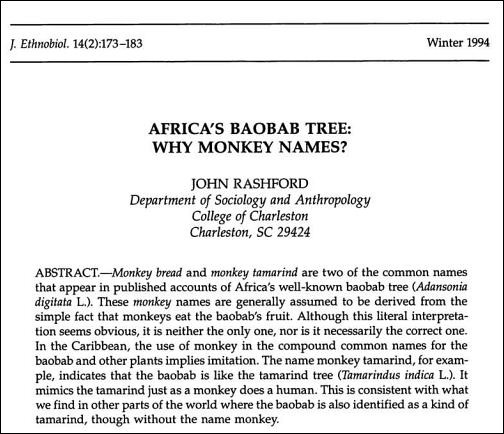 Anyway, I was thrilled to discover this ‘monkey kola’ at the @opefarms stand at the #GTBankFoodandDrinkFair over the long weekend. Sisi mi told me she had the tree at the farm and it was called Obi-edun in Yoruba. She also shared that it was called monkey cola, which confused me.

I couldn’t wait to get home to research some more…and here’s what I found out.

I’ve discovered a few names, from botanical to local

There are many fruits that are called ‘Monkey kola’. This variety, Cola millenii is a deciduous shrub or tree native to West Africa, from Ivory Coast to Nigeria.

The pods are bright red in colour, arranged in a star pattern with [seven] fingers. All three fruits I bought had seven bright red fingers attached to a centre so it’s safe to say, no? 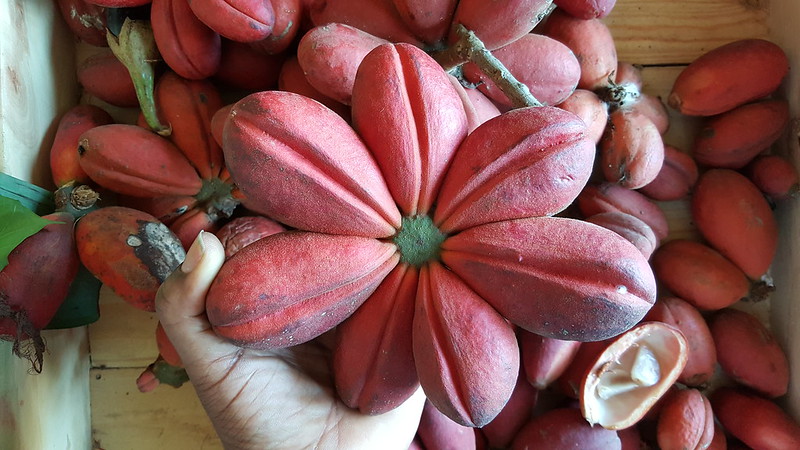 Each segment has a central groove which makes perfect for opening the pod, by hand or by knife.

After a few days, the pod begins to lose moisture. It shrivels a bit. 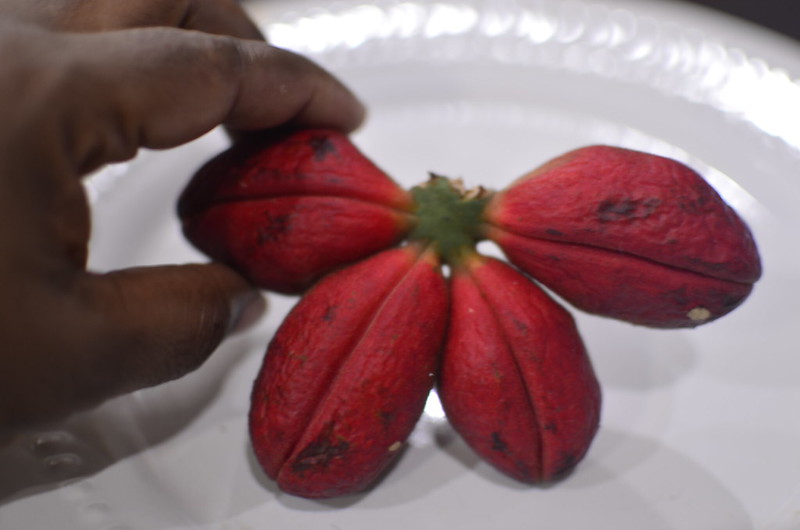 The first thing I thought when it opened up was how much the pod/ arrangement of the seeds reminded me of cocoa. And then I read about one variety of Cola – Nitida, being related to cocoa

The seeds are covered with a thin sweet-tart pulp – which is licked/ sucked on – similar to the seeds of the cocoa pod. 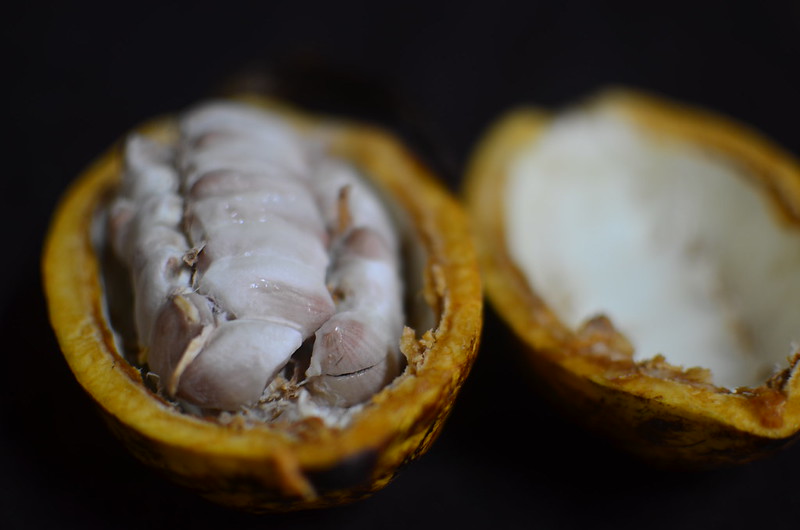 So yes, this is it. I’ll see what else there is to know and share with you.