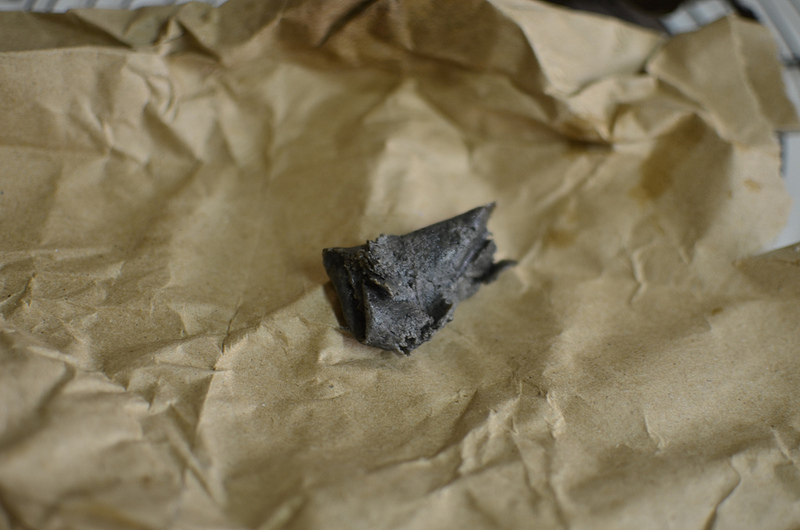 Fermented foods have been part of global cuisines for many centuries when people fermented seeds and nuts by lacto-fermentation where lactic acid- a natural preservative worked to limit the effects of putrefying bacteria.

Fermentation — an ancient technique that’s making a comeback — is a process that preserves food and infuses some edibles with gut-friendly bacteria, which bolster digestive and immune systems.

In addition to being umami-rich, fermented foods are rich in live cultures – like probiotic yogurts – which help the immune system by introducing good, healthy bacteria.  Growing up, I was accustomed to une (what we Igarra call iru) fermented locust beans, in dried and fresh forms. My father, known for all things traditional and one who abhorred stock cubes, loved and used it to great effect – all his soups and stews were brightly seasoned with une.

Very pungent, the flavour and smell of une is often compared with aged cheeses. Let me just say you might be taken aback if you aren’t used to the smell but I like the deep savouriness it brings to dishes, especially if first cooked in oil. Fast forward to 2014 and I’m shopping in a market one day at lunchtime when I happen upon Ogiri – fermented melon seeds, tightly wrapped and with a stink off the charts of any aged cheese you can imagine.  I employed its services in a pot of Ofe Nsala, the ‘white soup’ that is the triumph of Anambra state, in the east of Nigeria, and the accompaniment to pounded yam at the New Yam Festival.

After cooking, I needed a shower to chase away all the scents – sweet and pungent. Interesting as it was, and tasty…I’ve decided it is a flavour I can live without. Une will do me just fine. Most of my life, I’ve had une with an almost melting-texture in soups and sauces, dissolved but the  food imbued with its flavor.  It wasn’t till late last year when I enjoyed a bowl of Ofada – locally produced rice with a sauce flavoured with locust beans at TerraKulture (restaurant in Lagos) that it took on a whole new meaning. My sauce was full of meaty, bean halves of une, whose texture I felt – chewy on my tongue, and whose pungence lingered, long after I was done eating. I liked it.

Iru from the perennial decidous tree, Parkia biglobosa is the locust bean, grown in most parts of Africa, from south to east and west.

And the potential benefits:

The fermentation process involves the bean seeds being sorted and soaked in hot water and left for seven days or boiled for about eight hours to de-hull. It is then pounded with mortar and pestle and sometimes sand is added to facilitate the removal of the hull. The seeds are then placed in a local sieve called “ajere” made of perforated calabash. The hulls are washed off by rotating the sieve in running water or in a large container of water. The cleaned out seeds are cooked and then spread inside a calabash whose inside had previously been rubbed with wood ash and covered in leaves. The calabash is covered with a tray and wrapped with clothes or sack for about 24 to 36 hours for fermentation to take place. The resulting product is iru pete (when ground seeds of hibiscus is added during the boiling process) or iru woro. Research has shown that fermentation of the seeds increases its digestibility and vitamin content. Although the seed is mostly used as condiment for soup and stews, the sugary pulp can be prepared as cereal, pressed into cakes, eaten raw or preserved for later use or used in the preparation of some indigenous drink. In spite of  the not-too-appealing sight or alluring aroma of African locust beans, it remains a potent source of protein, numerous vitamins and nutrients; Source; The Nigerian Tribune

A host of fermented seeds are found across Nigeria

I’ve only experienced a few with the most mind-boggling experience being with yaji. As in yaji, suya spice. Typically, this spice blend comprised of peanut powder, chili, ginger, garlic and more is seasoned with stock cubes – Maggi, Knorr. This time though, the usual seasoning cubes were subbed with dadawa. The smell is strong. I have two children who aren’t fans and one who isn’t bothered…it’s been interesting using it at home. Funny thing though, all of them will eat the products as somehow the pungence is muted compared with the whole beans. Overall, it does take some getting used to, but like I know and have learnt, there are innumerable blends of suya spice and this is one of them. I had the good mind of trying the beans, toasted atop a salad but courage failed me…at the last minute. I might try again. Someday. Till then, it’s savoury soups and stews for moi.

You? Are you familiar with these seeds? What fermented foods are common in your area?