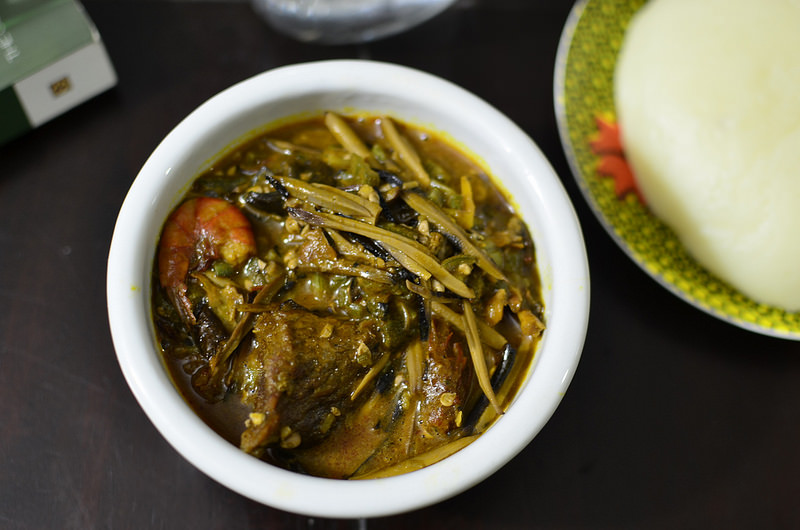 I first read about Okwuru Ugba – a soup of okro and ugba in a newspaper – The Sun, to be specific. The story went off on so many tangents, I quietly noted the name of the soup (which wasn’t consistent – sometimes Okwuru Ugba, other times Ukwuru Ugba), gently folded it and left. 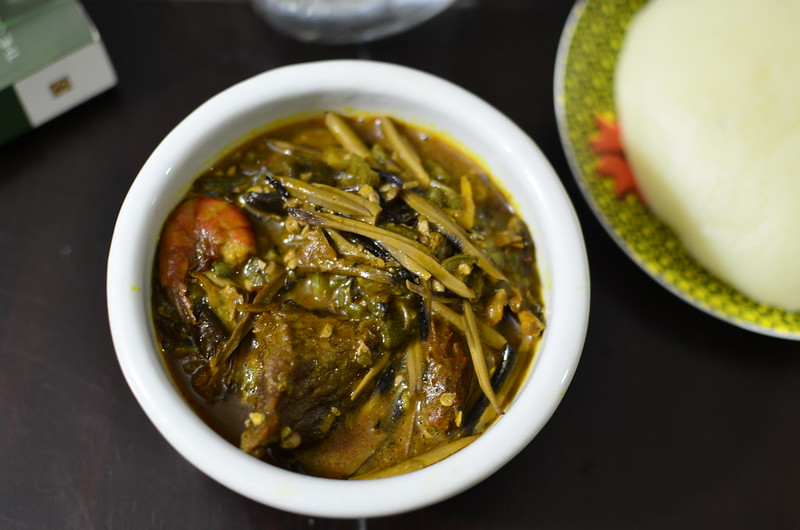 So rather than lunch the lawyer true to the ancient law took me to a late evening restaurant. I can report the experience was pure magic. The lady of the house served us oil bean cum okro soup or okwuru ugba, as connoisseurs call it. It was the first such soup I have had in all my long and good-on-the go life. As something of an amateur gastronomic expert I wish to put the follow­ing on record. Okwuru ugba is one of the greatest soups from the East, perhaps the very greatest. The mystery is; why is it not famous, not known except as a speciality of the Mbaise and the Owerri clans? My lawyer guide comes from Mbaise; Source, The Sun 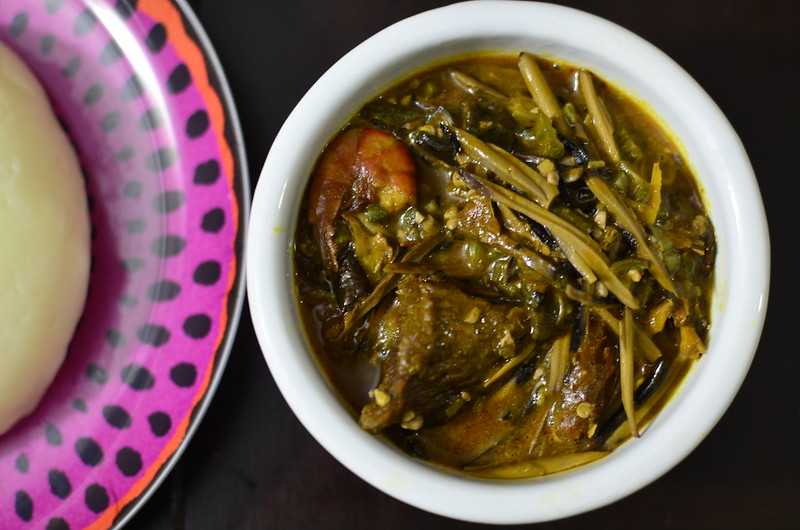 A few weeks ago, I settled down to make it.  I began by gently heating up some palm oil in a pan. To this, I added the ugba, about a cup, ground  crayfish and sliced yellow chilies. 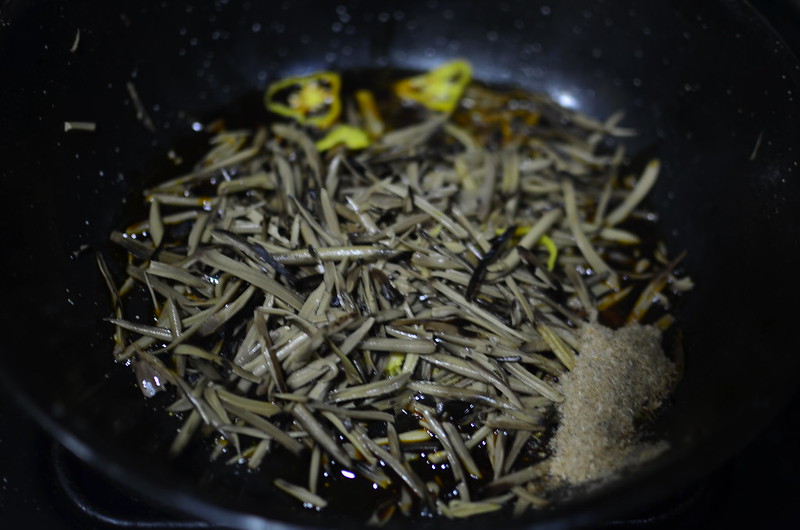 I let it cook for a few minutes, the palm oil, warm, orange and willing to coat each strip of oil bean as I added the dry fish. Because fermented foods tend to be rich in flavour, umami, I held back on the salt, adding a mere pinch till most of the ingredients were in and it’d had a good chance to simmer and the flavours, blend. 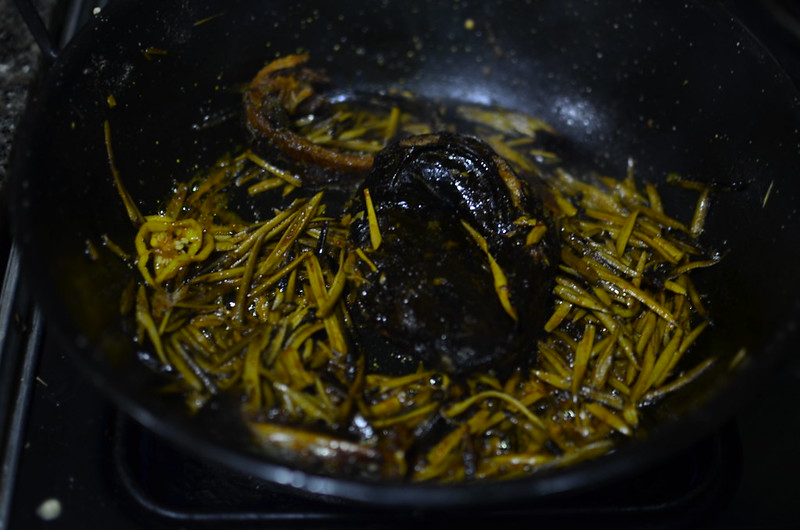 Then, I added some beef stock, pieces of beef, red crayfish and sliced okro. 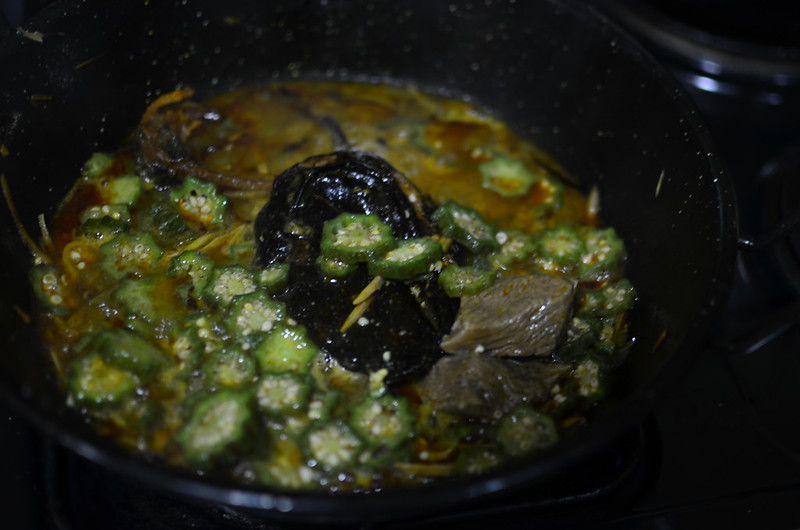 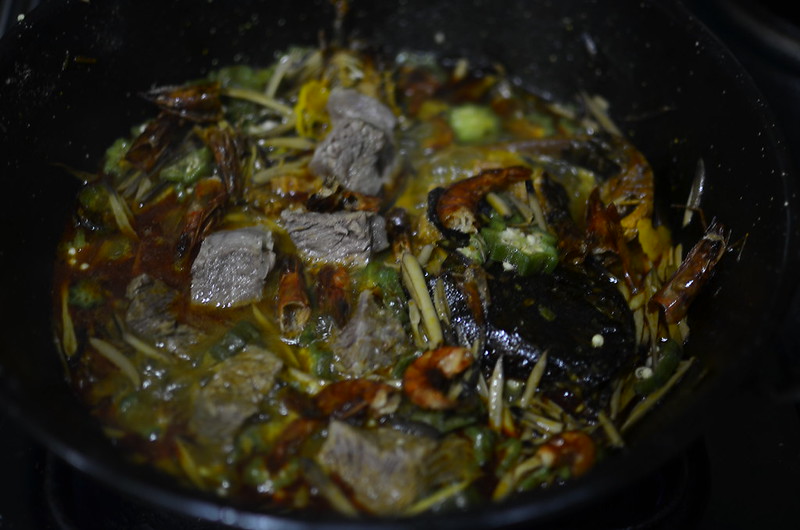 I let it simmer till the okro was soft, and the oil bubbled to the top. 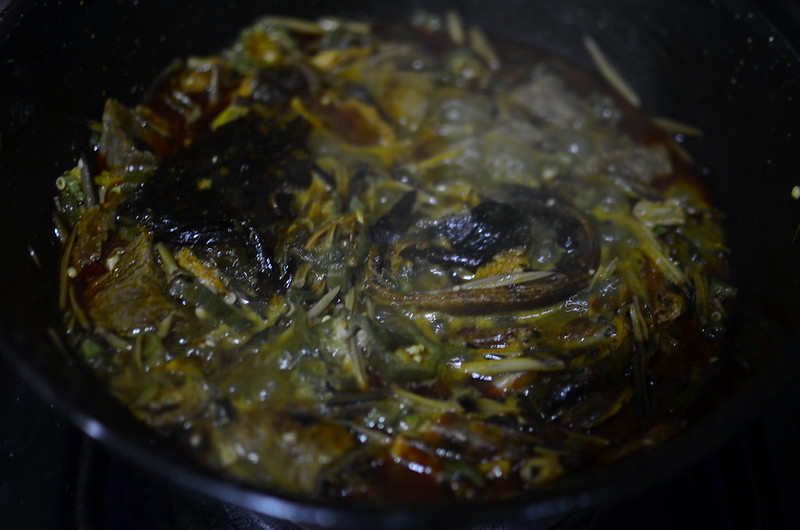 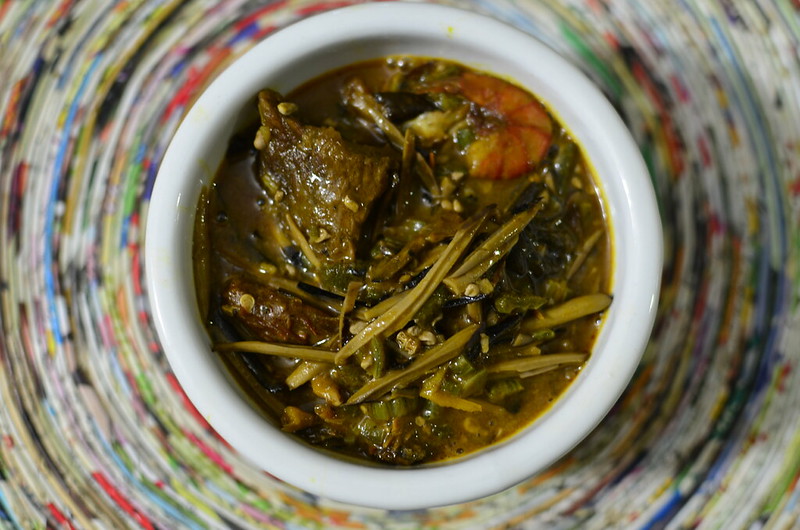 Served with poundo yam, this was everything. Everything delicious, comforting and worth another repeat.