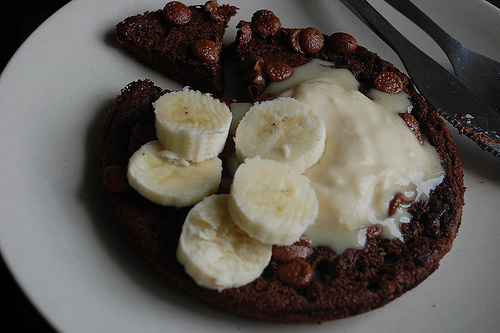 Strike a pose and fancy yourself English. Do you? Do you? Then say posset. 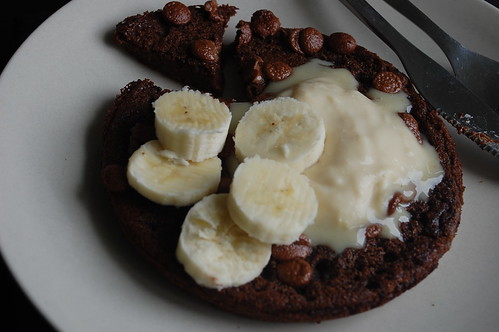 When Macbeth asked for a posset to be prepared for him before going to bed he referred to a curdled milk drink, popular in his time. It was considered a specific remedy for some minor illnesses, such as a cold, and a general remedy for others, as even today people drink hot milk to help them get to sleep.

A posset (also spelled poshote, poshotte) was a British hot drink of milk curdled with wine or ale, often spiced, which was popular from medieval times to the 19th century. The word is mainly used nowadays for a related dessert similar to syllabub.

The doors are open, and the surfeited groomsDo mock their charge with snores. I have drugg’d their possets

That death and nature do contend about them,

Whether they live or die.

Intrigued by the posset? Delightfully ‘set’ cream recipe sans gelatin, eggs or cornflour. The result – a pudding worth of royalty.

This tangy golden cream “sets” like a baked custard without any gelatine or eggs, because of the way the lemon juice reacts with the cream.  It’s a brilliant little idea for dinner parties and do-ahead desserts. 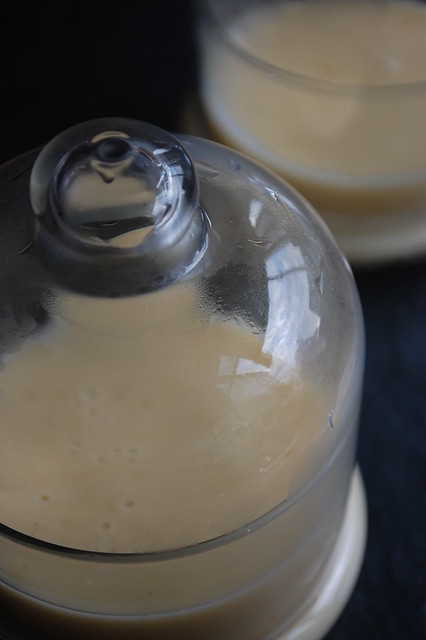 The first time I came across this recipe a couple of years ago, it was in a little pullout booklet of seasonal recipes from the British Good Food Magazine. I dog-eared the page, promising to come back to it. And so 24 months later, here we are – posset conquered, and a tale told.

This dessert recipe combines 3 simple ingredients – cream, sugar and citric juice – in my case lemon; and a bit of heat and cold.Though lemon possets are the most common, cases of lime possets are also recorded in the annals. As are St Clement possets (made with oranges, lemons) and named after the popular English nursery rhyme/singing song:

Oranges and lemons,
Say the bells of St. Clement’s.

You owe me five farthings,
Say the bells of St. Martin’s.

This is the science of desserts at its finest. First you cook the cream which must be sufficiently fatty (no lower than 35%) with granulated sugar. Once warm, you take off the heat and add the lemon juice. And then leave it to set it the fridge.

So why/how does this work? My cursory science and research leads me to conclude that the heat and the sugar play critical roles. Sugar, when heated increases the viscosity of liquids and it does the exact same in this case, thickening the cream and creating an invisible but strengthened network of proteins. Thus when the lemon juice is added, it doesn’t curdle the cream mixture as expected but rather emulsifies it as it cools (think of ice-cream where citric acids are often added as to keep fats from separating), resulting in a smooth, tangy set custard that carries beautifully the sweet, blossomy, fresh flavours of lemon. 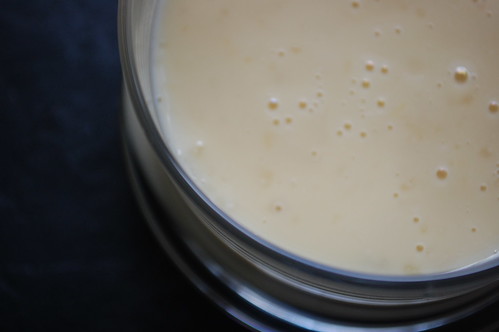 One analogy likens it to the Italian panna cotta. And I can only nod in agreement.

The night I attempted this ( I love cooking at night) my possets were ready in no time and set just before I went to bed. Of course I grabbed a spoonful. Hmmm, lemony I thought to myself. I managed to get a good night’s rest and breakfast Saturday morning was a slice of raspberry cake and a scoop of the posset. They clashed. Too tart, too sweet, too creamy. A disappointment but I knew there was more to be had. 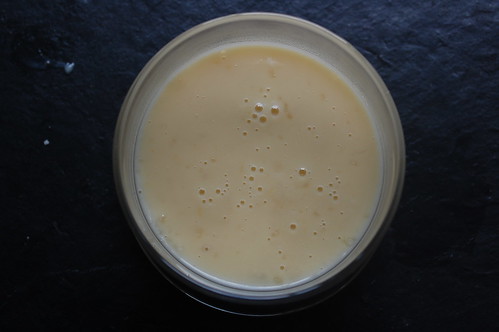 That was confirmed with a leftover chocolate muffin. I combined both and once I began eating, I couldn’t tell where one ended and the other began – perfection on a plate. Interestingly I wouldn’t ever have put lemon and chocolate together. And so to double-check that I was on the right track, the following day I made a double-chocolate ‘oven’ cake – and I was right. Winners extraordinaire. 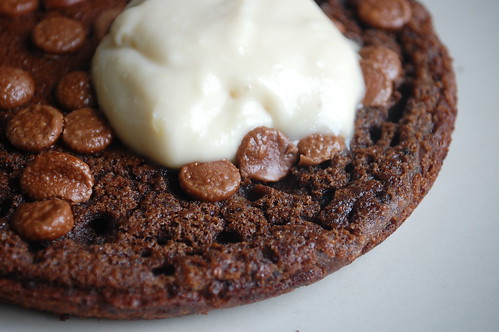 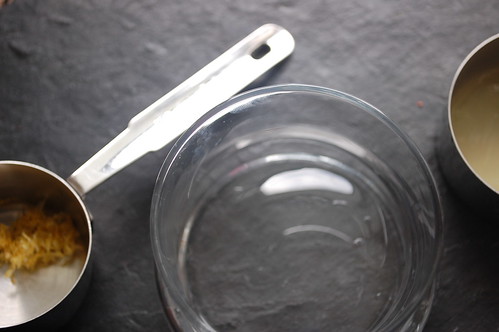 In a small saucepan, heat cream and sugar to boiling, stirring to dissolve sugar. Continue boiling for 5 minutes and DO NOT WALK AWAY – watch the heat and the cream, it easily boils over. 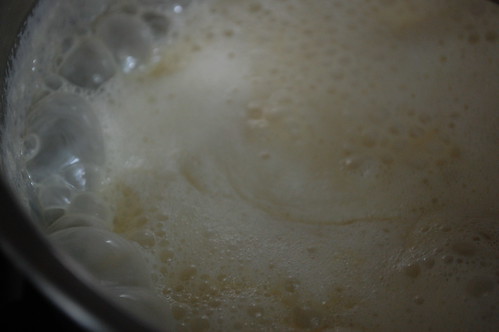 Remove pan from heat and stir in lemon juice. Let cool, about 15 minutes. Pass through a sieve and then add the lemon zest.

Pour even amounts into four ramekins and refrigerate for at least 2 hours, or until set.

Note that once set, the top will be firm and the base may be a bit soft. 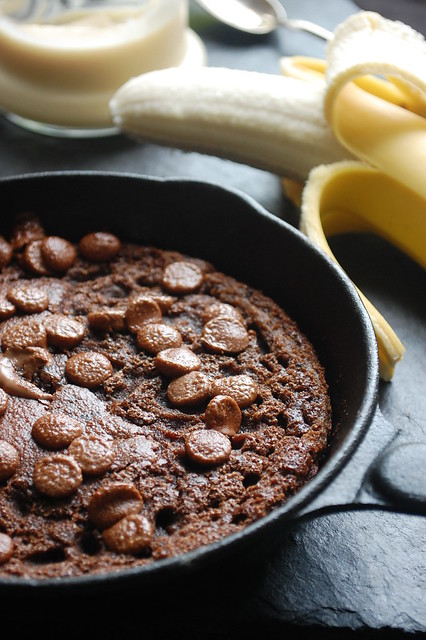 It smells rich – like cream. It looks and sets firm as custard (don’t tire of hearing me say this please). It spreads like butter and tastes like a sweet lemon curd, only creamier. All in all, this is incredibly lemony and luxurious…and best served in small bites, and as an accompaniment to cookies, cakes and other bakes. 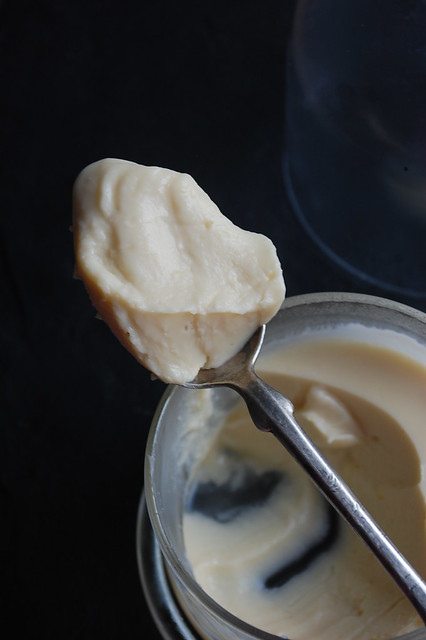 Lemon and Rosemary Possets on food52

Video of Meyer lemon possets on You Tube 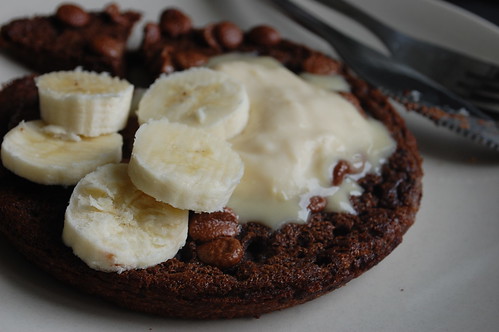