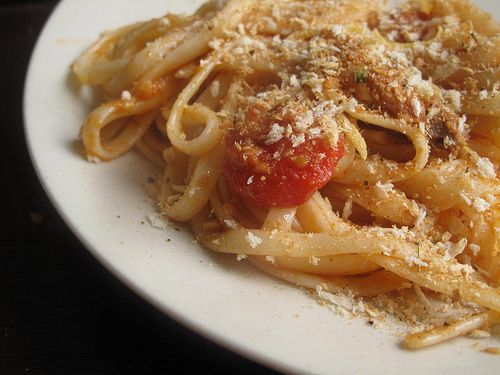 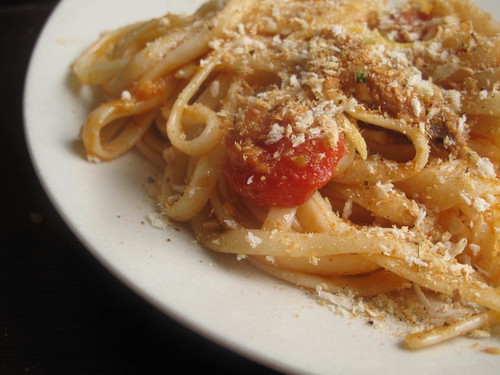 One minute I haven’t cooked fennel in ages…and another, I’m breaking open the liqueur cabinet and putting out the brand new bottle of Pernod (which intensifies the anise-seed flavours of fennel), to good use in a weeknight dinner that uses up my homemade ‘tinned ‘sardines and leads to the great discovery – toasted breadcrumbs rock.

I’ve always been a fan of linguine, especially in one-pot dinners like my beloved Ling Cartoccio. And when this recipe surfaced as a winner in a food52 ‘Your Best Seafood Pasta’ contest, I saved it, planning on using up the tin of sardines from Barcelona except, like I mentioned before – it never made it. 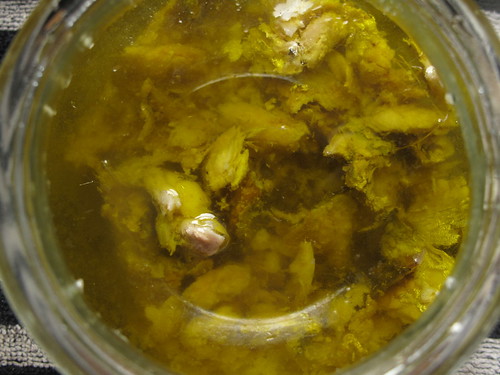 I cobbled the required ingredients together. Too late on that particular evening and with no fennel to hand, I retrieve the bags of frozen fennel stalks I’ve reserved in case of emergency and add a dash of fennel pollen.

As I have no Vermouth too and am in no mood to acquire a new bottle, I carefully measure out a capful of Pernod. Extremely carefully….. as my mind travels back a few years to an incident of my Tiramisu Veloce aka Quick Tiramisu, adapted from Jamie’s Italy, Jamie Oliver’s Italian cookbook.

It was the day after Christmas in 2007 and we had Nigerian friends-neighbours coming over. As they loved Tiramisu, I decided to make a large serving.

6th on the ingredient list was Vin Santo or sweet sherry, neither of which was present in my store cupboard.

Vin Santo or Vino Santo (holy wine) is a style of Italian dessert wine. Traditional in Tuscany, these wines are often made from white grape varieties such as Trebbiano and Malvasia, though Sangiovese may be used to produce a rosé style known as Occhio di Pernice or eye of the partridge. The wines may accurately be described as straw wines since they are most often produced by drying the freshly harvested grapes on straw mats in a warm and well ventilated area of the house.

Though technically a dessert wine, the wines can vary in sweetness levels from bone dry (like a Fino Sherry) to extremely sweet. While the style is believed to have originated in Tuscany, examples of Vin Santo can be found throughout Italy and is an authorized style of wine for several Denominazione di origine controllata (DOCs) and Indicazione geografica tipica (IGTs).

The key thing about Vin Santo is that the alcohol content is reasonably low, ranging from 10% to under 20%.

Because I was adding orange juice and zest, ingredient 7, I decided to enhance the sweet, citrus flavors by subbing some Cointreau….´the Spirit of Orange´, 40% alcohol by volume!

Some questions I might have asked myself at this point went…unasked!

Did the resulting Tiramisu look good? Did I serve it up well after a great dinner – Yes

Did the resulting Tiramisu taste good – No, Ladies & Gentlemen, it absolutely did  not taste good at all. It was overcome and overpowered with alcohol………………

Did I become the butt of many jokes? Yes….I did

However, having made the gross error did  not stop me from ever making Tiramisu. And this is what I love most about food – its forgiveness, the ability to redeem yourself and learn anew from big failings. 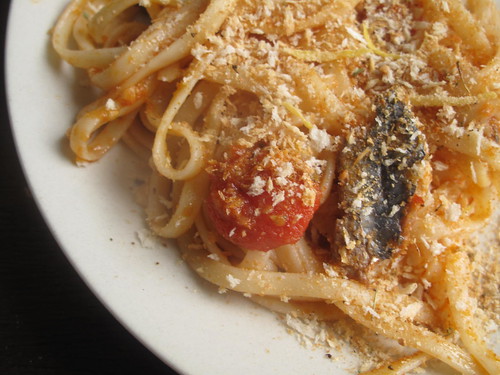 And so it was that I learnt to make Tiramisu from scratch, everything minus the Savioradi biscuits. So that when the same friends visited again this past Christmas, I presented them with my uber/delish Tiramisu…..and their silly comments after the initial burst of laughter was creamy, tasty but not as alcoholic (genuinely so) as they would have liked. But this time….they ate it. Can´t please people, can you?

So back to this recipe. I was determined not to ruin a dish which had the makings of a fine recipe with my assumptions and so I added the Pernod bit by bit……till I got the right balance, and that required only a couple of capfuls! 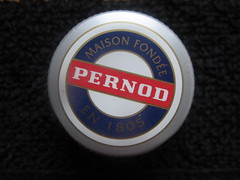 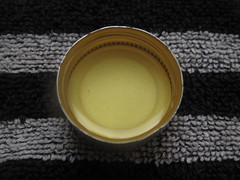 I used fennel pollen to up the aniseed flavours

The toasted breadcrumbs are great in more than just this recipe – think salads and even souffles! 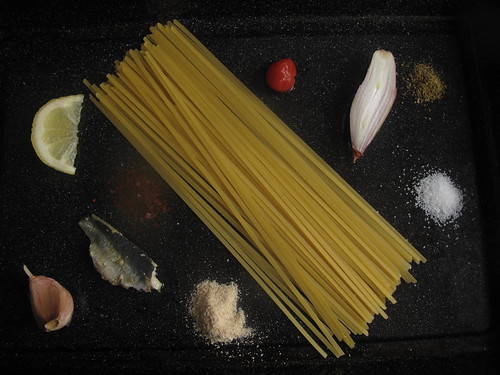 Bring a very large pot of heavily salted water to a boil.

Open the sardine tin and drain a tablespoon or so of the oil into a wide skillet (the amount of oil in the tin will vary by brand, so add additional extra virgin olive oil if necessary to make up a tablespoon). Warm the oil over medium-low heat and add the garlic, cooking until fragrant.

Trim the fennel and slice the bulb very thinly (a mandoline works great here). Add to the skillet with a sprinkle of salt and the sliced shallots, if using then raise the heat to medium, and cook until the fennel is soft and beginning to caramelize. Add the fennel pollen and chile flakes and let them sizzle for a minute, just until fragrant, then add the tomatoes with their juice.

Want to know what fennel pollen is? Then read on. In an article for Saveur magazine, Peggy Knickerbocker wrote, “If angels sprinkled a spice from their wings, this would be it.” Fennel pollen is the dried pollen from fennel flowers which requires a lot of fennel flowers to yield a small amount of the pollen, making this spice almost as costly as saffron. In Italian, it is known as Finocchio Selvatico Fiore.

The flavours are reminiscent  of fennel seeds, but much sweeter with an intense fragrance

Fennel pollen is very popular in Italy where they make fennel pesto or mix it with olive oil for dunking bread in. It is also great on vegetables, fish and meat.

It is easy to make at home yourself. Peggy has done it and she says “I gathered blossoms, plunged them headfirst into paper bags, and hung them in my cellar for a few weeks, whacking the bags occasionally to release the pollen.”

Note that if you have pollen allergies, this could cause an allergic reaction. 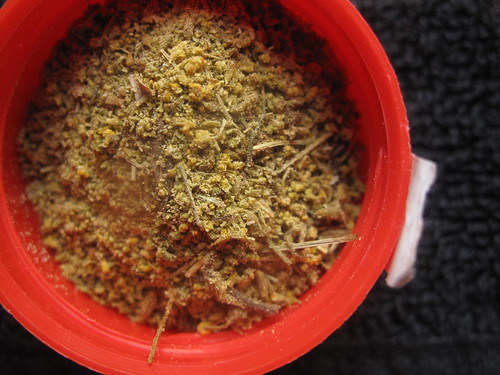 Cook until the liquid is reduced, then add the Pernod and let that reduce slightly. 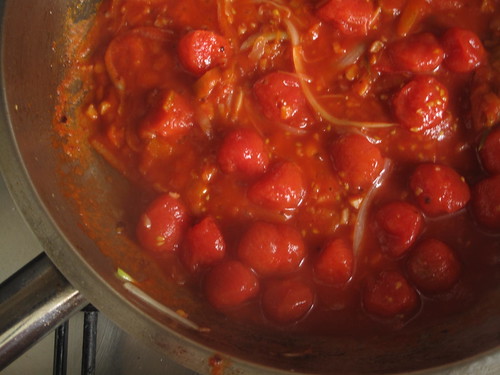 Add the sardines to the skillet with the tomato and fennel mixture, breaking up slightly but leaving some chunks. Zest the lemon and combine a tablespoon or so of zest with the toasted breadcrumbs, then set aside. Juice the lemon and add the juice to the pan. Taste and adjust salt if necessary. 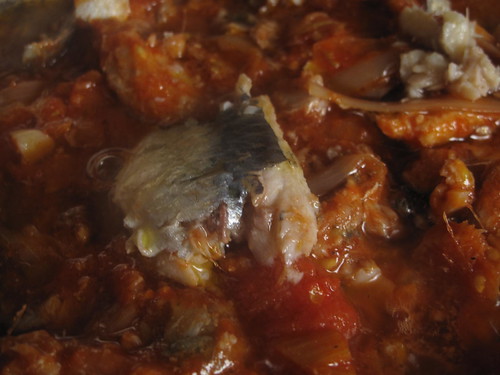 Add the linguine to the boiling salted water, cooking it until it is just short of al dente. 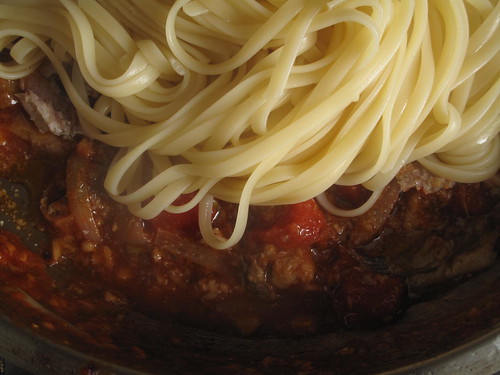 Using tongs, transfer the linguine to the sauce to finish cooking, adding a little bit of the starchy pasta water and tossing gently to combine. (You’ll want to leave this a little wet, as the breadcrumbs will soak up the sauce and dry the pasta out a bit once you’ve added them.) 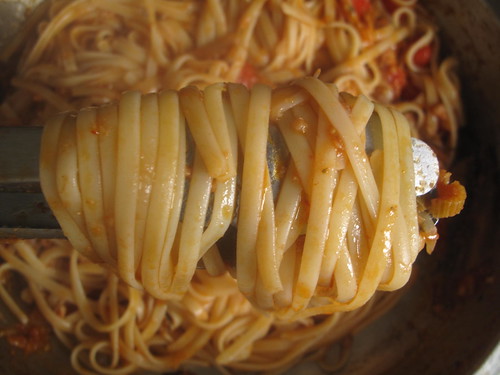 Transfer the pasta and sauce to a large warmed serving bowl (or individual pasta bowls), add a drizzle of olive oil, sprinkle on the toasted breadcrumb-lemon zest mixture, and garnish with picked small fennel fronds and the remaining lemon zest. 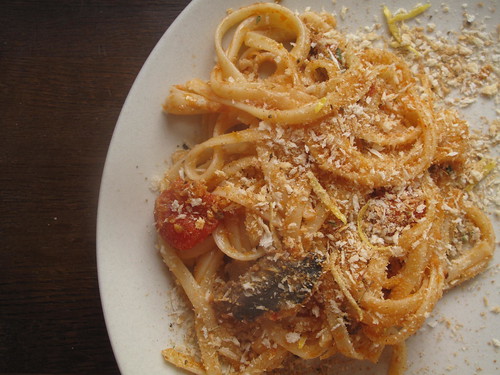 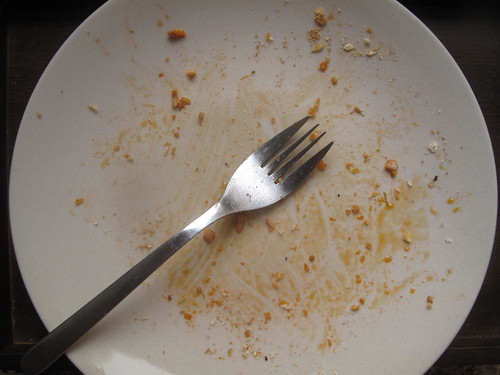