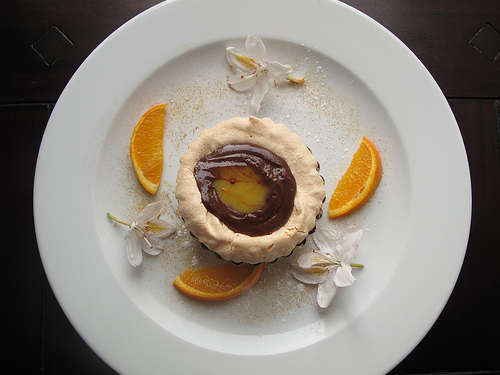 It could have worked out. For days before I made it, I dreamt and searched for recipes which used meringues instead of pastry pie shells. No dice. 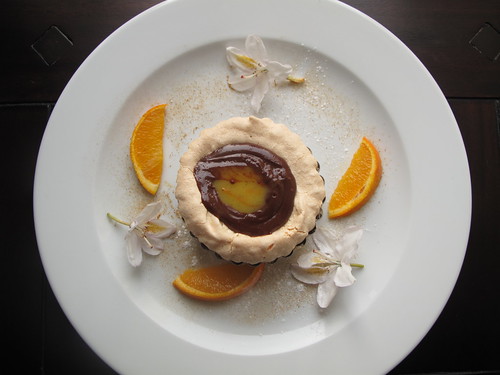 Still I went ahead, I could see it, smell it, taste it. The individual elements were great – meringues, orange curd and chocolate ganache. 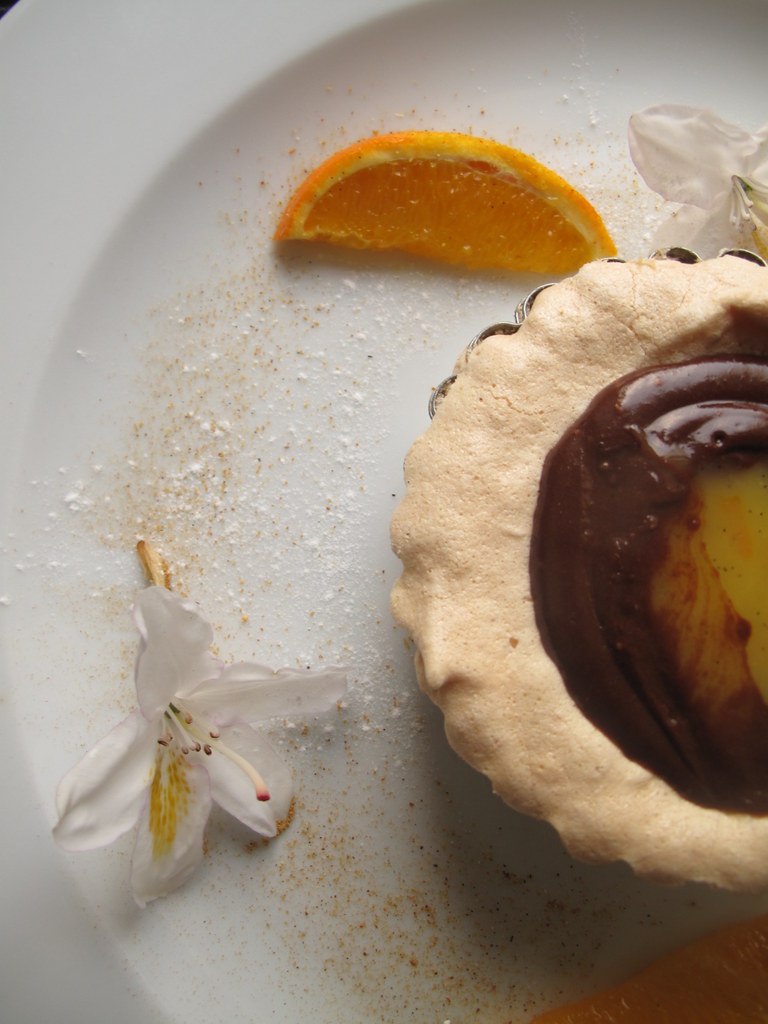 But not the sum! 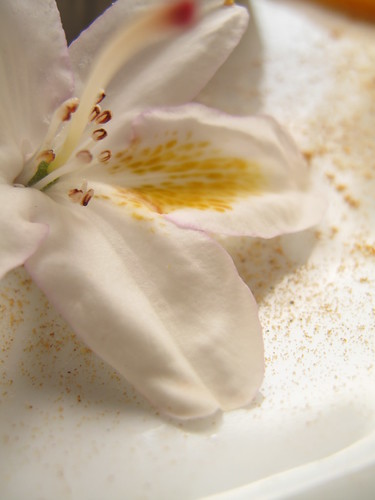 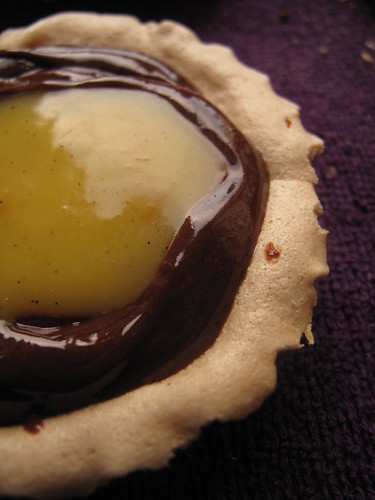 On the day, I whisked the meringue and spread them in my ‘new’ loose-bottom tart tins, lightly greased to release the meringues once they were baked. And I say new tart tins in the sense that I had never used them even though I’d had them for a good nine months (enough time to bring forth… 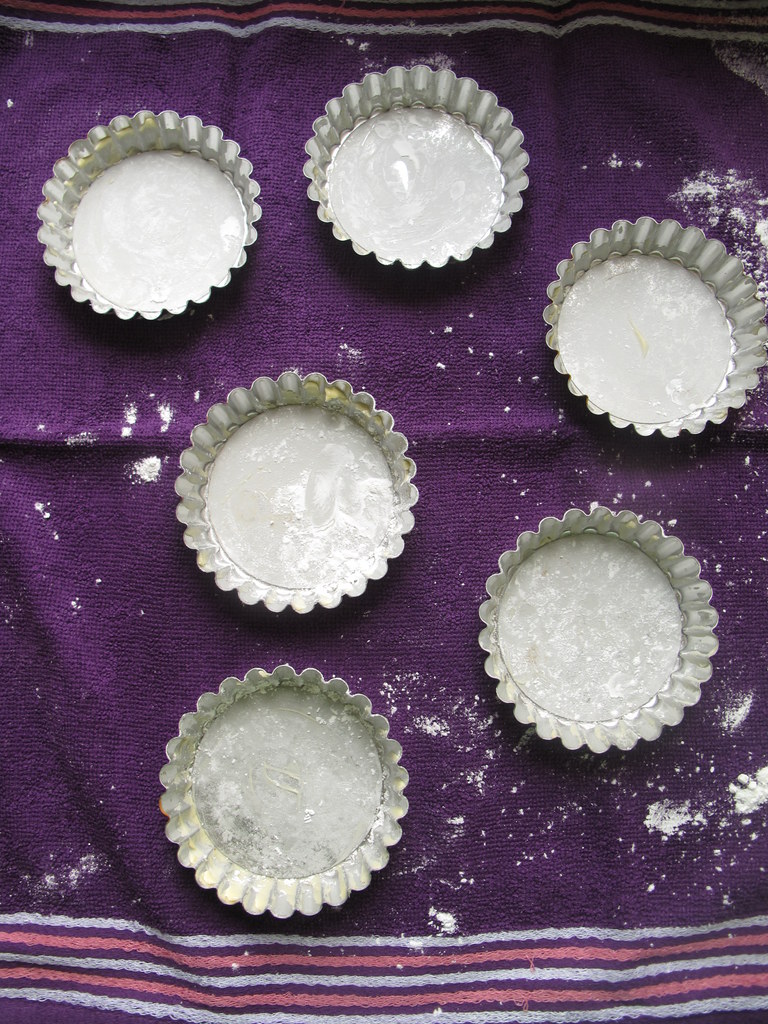 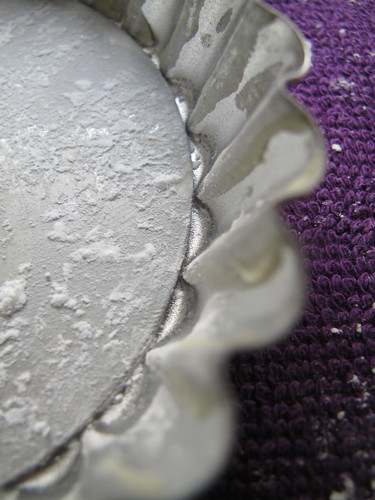 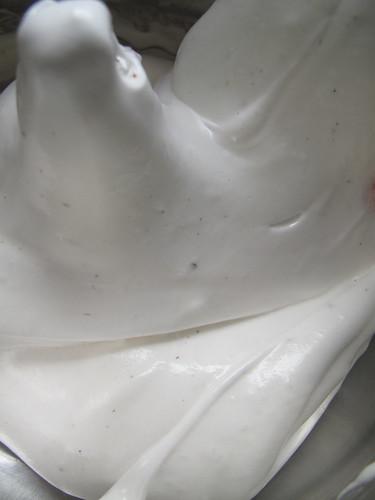 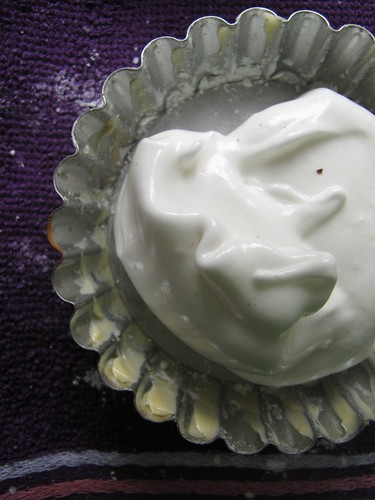 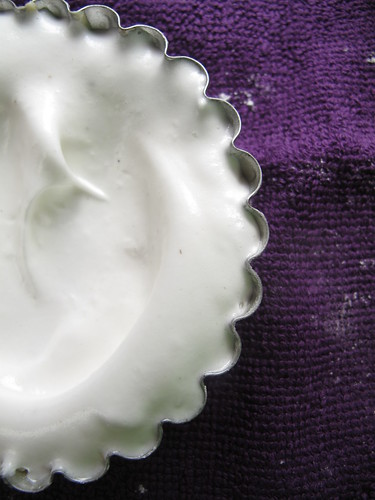 I bought them in London and had planned to use them at Easter to make Banoffee pies but didn’t. 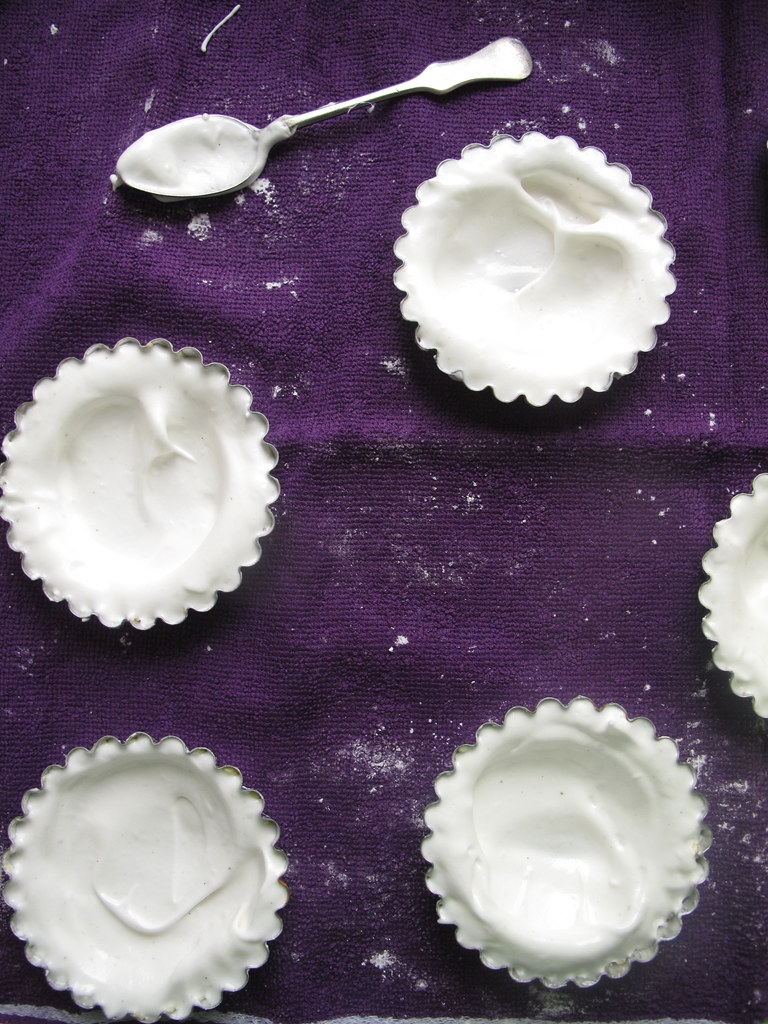 I popped them in the oven and baked them till they were crisp. 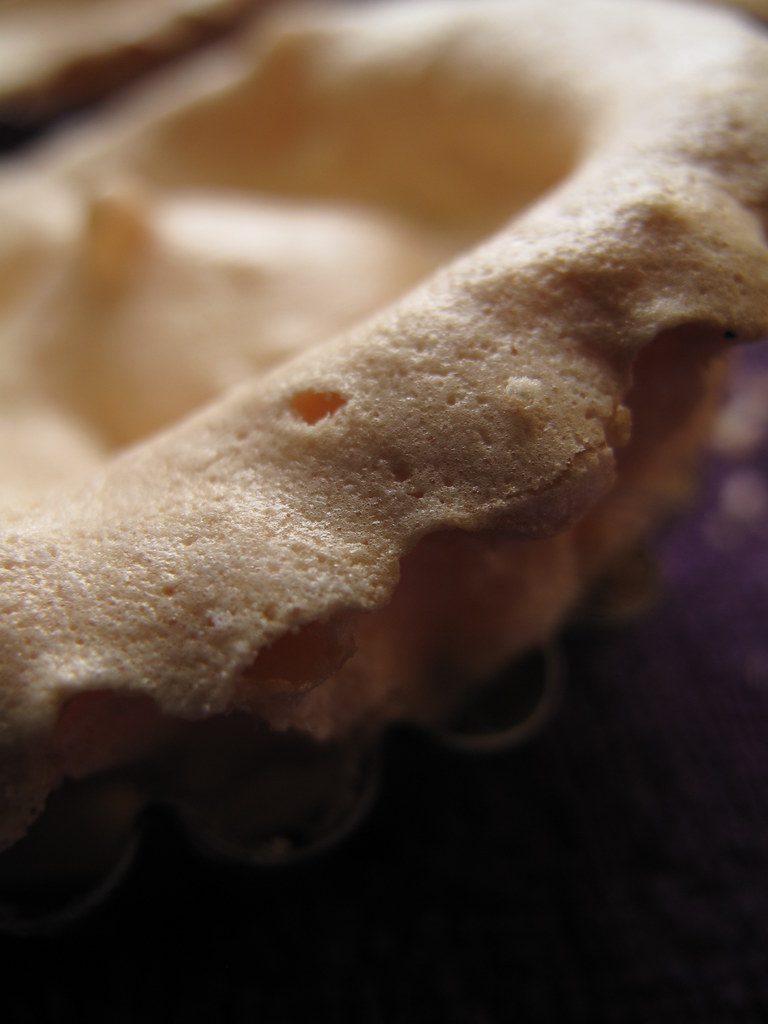 While they cooled down, I made orange and vanilla curd. 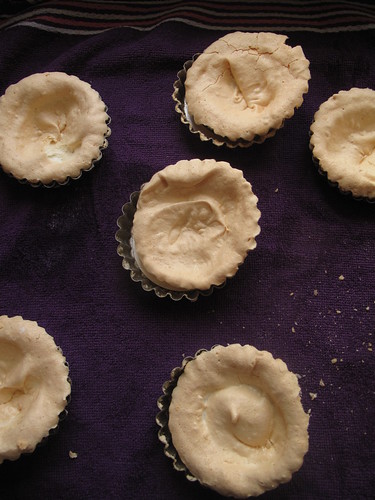 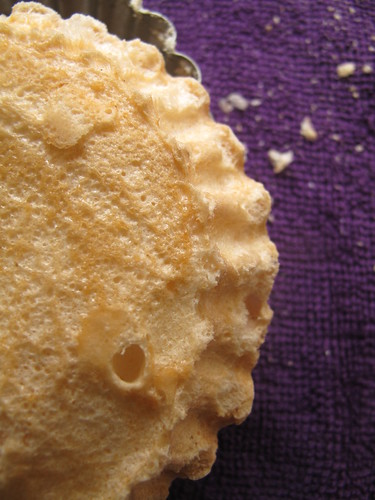 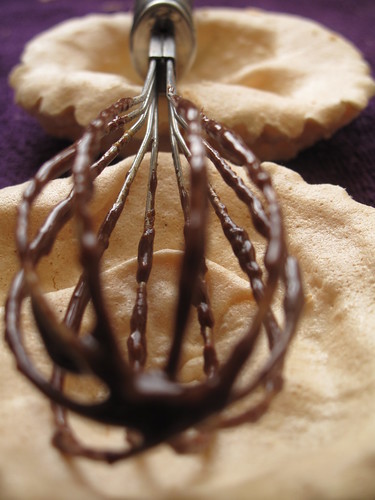 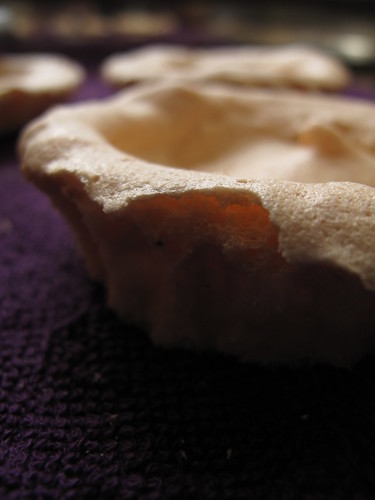 I love making jams and curds, especially since I consider curds one of those things I’ve conquered, unlike macarons. I squeezed out juice from a couple of oranges, licking the dripping liquid which snaked down my fingers, and then I ate the remnants of pips and flesh. With hands just dried but still fragrant with sweet citrus, I proceeded to add vanilla to the mix. It was at this point I happened upon two discoveries: the first , vanilla powder triggered the second – how to solve the problem of soft dried citrus rings, which I grind to make citrus dust. 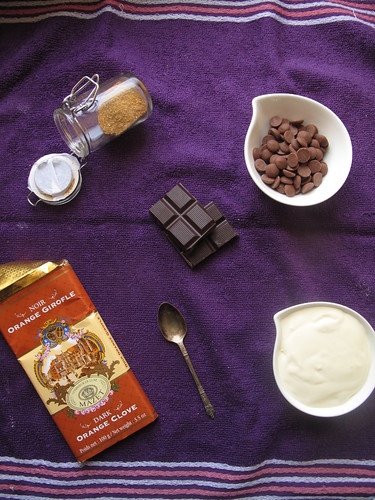 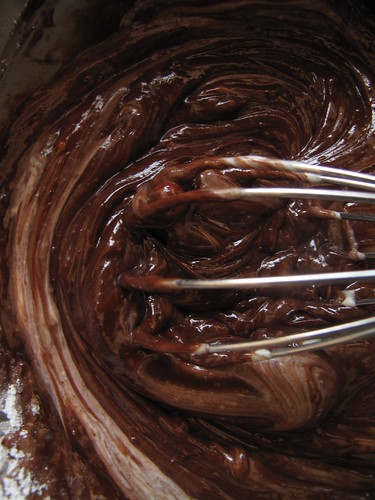 Once my curd was ready, my vanilla powder discovered and my soft orange wheel just microwaved on high for a few minutes, transforming them into crisp rings, I ground them up and proceeded to make a ganache of melted chocolate, flavoured with orange dust.

Then it was time to fill the meringue pie shell. I put the ganache, which had cooled down into the shell and then add some orange curd to it. It didn’t look that bad. It tasted not that bad too but there was nothing spectacular about it. 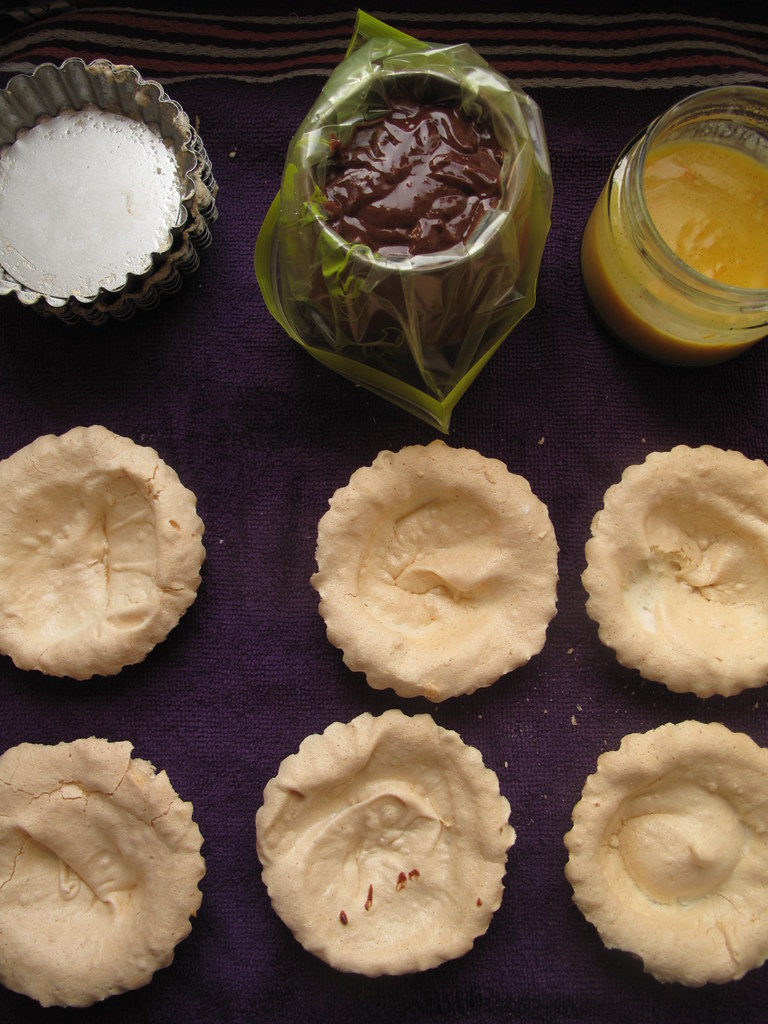 Where I had hoped the meringue would stay crisp, it didn’t.

Where I longed for some synergy and cosmic balance between the ganache and the curd, I’m sad to say nothing of that sort occurred.

And this was definitely a case (unlike my blackberry cheesecake and jelly verrines) where the sum of the parts was much less than the whole…..

While I worked my way disappointingly through one, I put the rest in the Fridge. Which worsened matters. The shells softened beyond reason……and ended up in the bin.

Sadness for sure but there is a lot to be said for ambition – I still had the benefit of learning to make vanilla powder and knowing that dried citrus rings which had softened could be rescued by high microwave heat which returned them to their initial state of being.

Now I understand why meringues usually are toppings….rather than ‘basings’

Here are some gorgeous meringue-topped desserts (I might be wise to learn from them):

Flourless Chocolate Cake with Meringue Topping at Much Depends on Dinner

So here are the recipes for the individual elements: 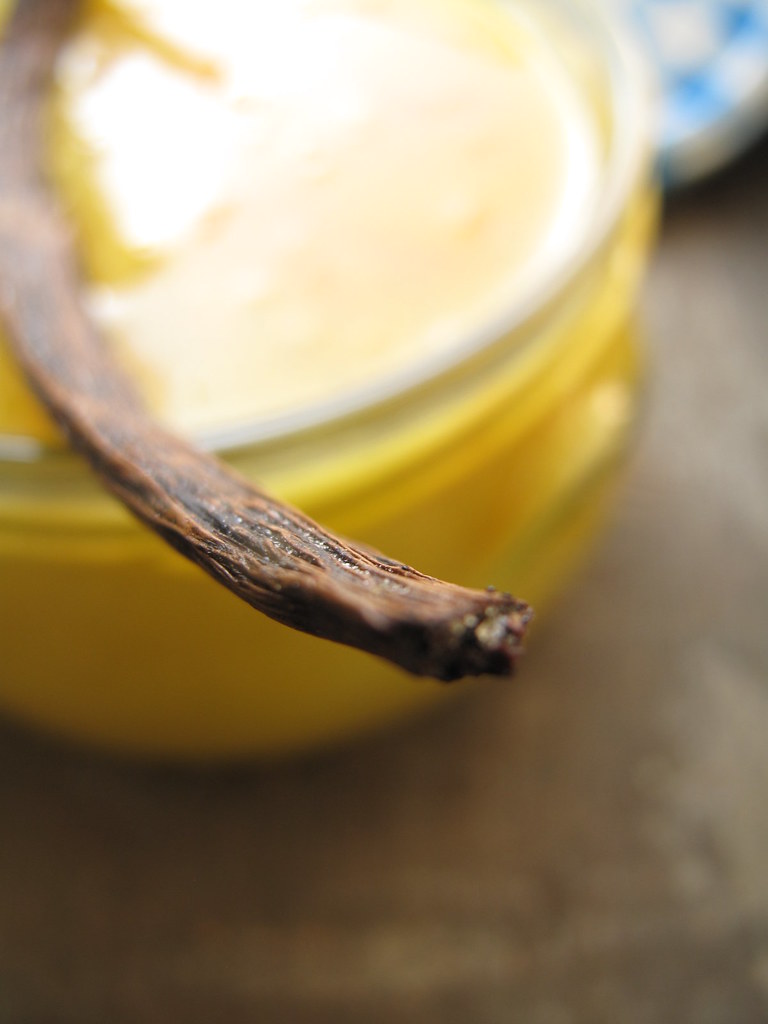 Whisk eggs in a bowl and sieve into a pan – to remove thick bits of yolk.

Add the sugar to the egg mix and stir till it forms a soft mixture and put pan on very low heat on your stove top.

Continue mixing and then add the orange juice and vanilla powder. Stir well.

After 2-3 minutes, start adding butter 1 chunk at a time, mixing well till butter is melted before adding another.

After 10 – 12 minutes, it should be ready. { Don’t stress if the mixture looks thin, it will thicken once cooled}.

Put in clean and well washed jars {I don’t sterilise the jars for my curds because they end up refrigerated} and once cool, refrigerate and use within 2 weeks. 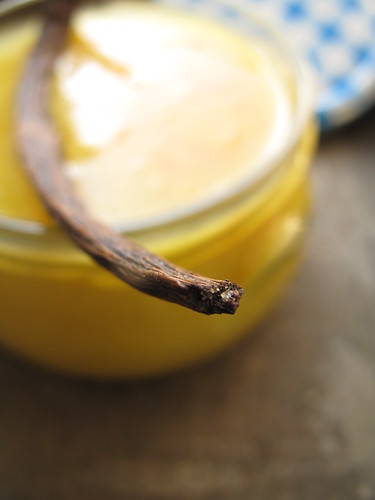 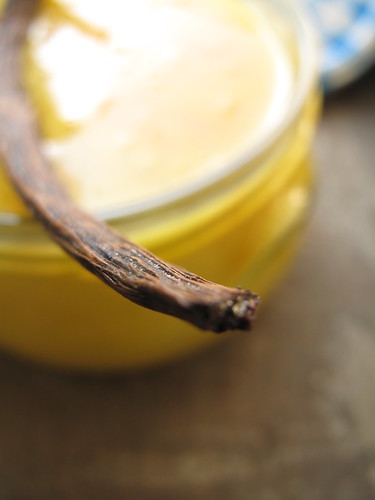 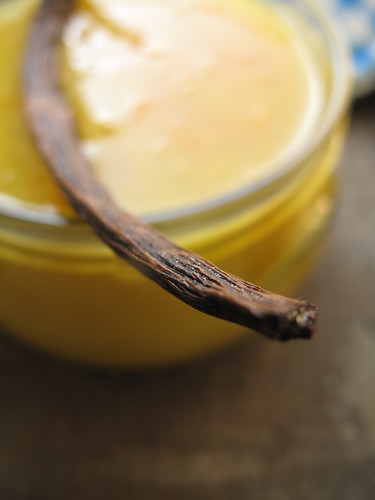 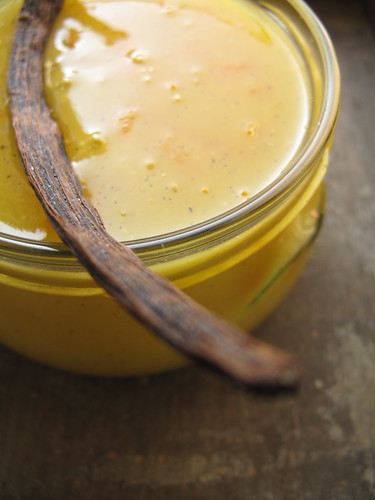 I am sending this on to Meeta’s (What’s for Lunch Honey?) Monthly Mingle, hosted this month by Erin of The Apartment Kitchen. 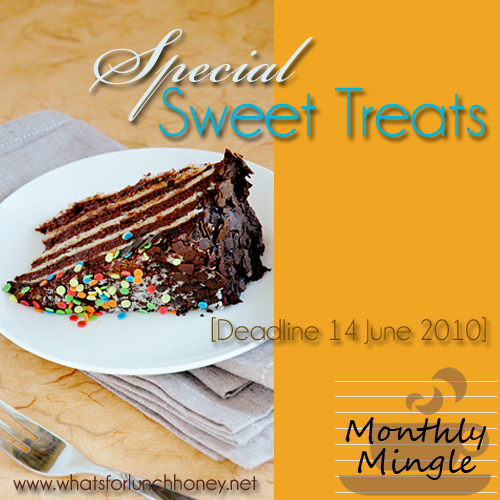 Have a superb weekend. Mine is a tad bit painful cause my camera, my beloved G10 is in the shop….for repairs. Bad for new photos but excellent for old ones – I have loads of posts not yet shared so, worry not and keep visiting.