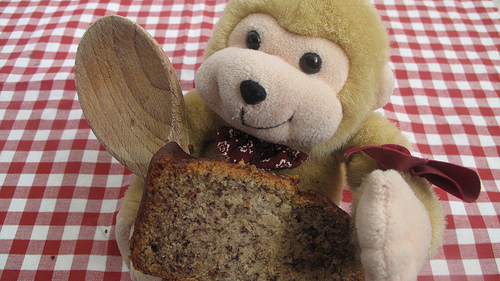 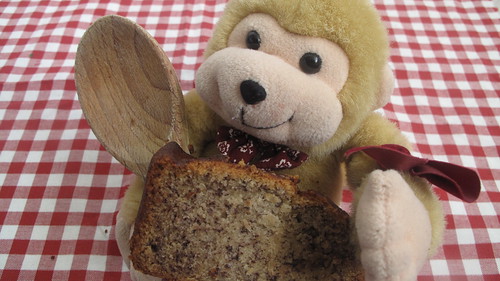 I’ve never fancied Banana breads or muffins.  Never courted them, craved them or sought them out in a crowd. Not when I was young and my Liberian-American aunt made it with Rice Flour. I just couldn’t imagine how over-ripe bananas could morph into something glowing…. till I met my friend, S.

Kids obey you parents and it will be well with you. So says the Word of God. And its true.

My mum always said, pick your friends with care and caution 🙂 . . . if only for Banana bread! 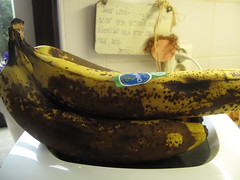 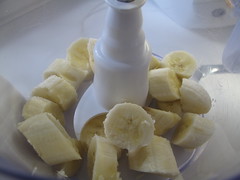 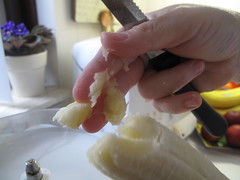 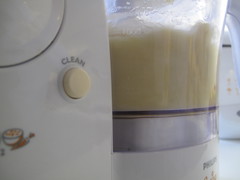 Well last summer, not long after after I got to know my friend S, she made a batch of Banana bread and handed me a whole loaf. To start off with, I was very skeptical…. so I approached it with trepidation. And I was pleasantly suprised. Though not overwhelmed with love for it……..till I paired it up with some cold creme fraiche – and then I fell and still am, head over heels.

And so this summer, one year later, and a whole 12 months of having it a few times, I am sold. Suckered. Bought. Converted. 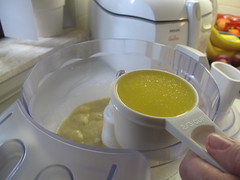 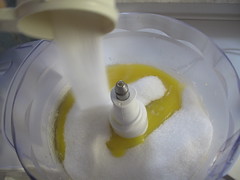 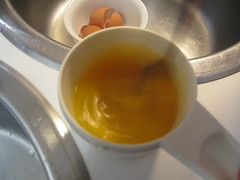 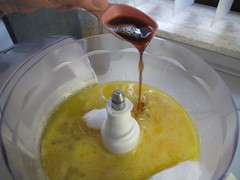 And so S gave me a tutorial and shared her ‘export commodity’ with me and what a pleasant suprise it was and is. I say ‘export commodity ‘ cause this bread has recently crossed international boundaries. And I say no more. It is such a simple recipe to make (well we had a food processor but still. . .) – it doesn’t require any complicated steps and is ready to bake in minutes. 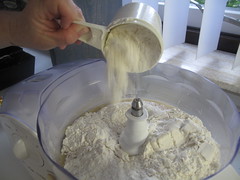 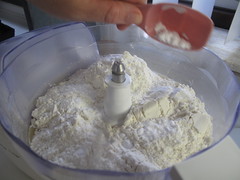 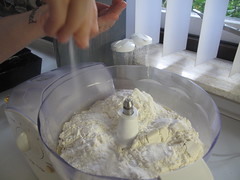 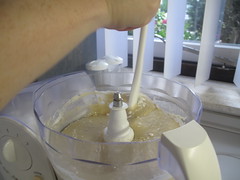 I hope you like it, and if your don’t…. I’ll find a substitute for you soon. Maybe something with Apples.

Save your soft, over-ripe bananas and if you don’t have enough of the softies, you could add one just-ripe banana (of the 3/4 you’re using).

According to S, you shouldn’t use metal utensils at all when mixing. She says the metals causes something to go awry and this affects the texture of the bread. For the worse. So if your mixer attachment is made of metal, bash up the bananas with a wooden spoon. I don’t know exactly when I’ll make it in my kitchen ’cause my food processor attachments are mostly metal, and I doubt that hand-mashing liquifies the bananas like a mixer does but you never know (I need to try to make it myself  by hand).

The original recipe calls for the bread baking for an hour but S recommends checking it after 45 minutes, as you want it to remain moist, soft and bready.

The bread slices easier when it has cooled down a bit so please wait, if you can.

How to make the Banana bread

Grease a 4×8 inch loaf tin/pan with butter or baking spray and preheat the oven to 350 degrees Farenheit (about 180 degrees Centigrade) .

Add the melted butter to the mashed bananas. Mix/whizz in the sugar, egg, and vanilla.

Sprinkle the baking soda and salt over the mixture and mix/whizz in.

The flour is the last ingredient to go in – add it now and then mix well. Pour the mixture into your greased pan.

Baking time is an hour but check it after 45 minutes. To test for doneness, insert a toothpick or cake tester into the centre of the loaf. It should come out clean or with a few crumbs, not clumps.

Whatever the case, don’t let it bake longer than an hour. You don’t want it overcooked!

Remove the pan from the oven and set it on a rack to cool for about 10 minutes. Then tip it out of the pan onto a plate and let it cool down further. 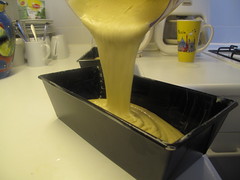 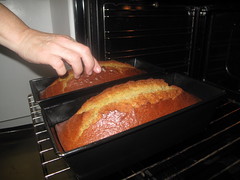 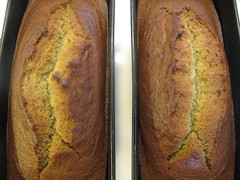 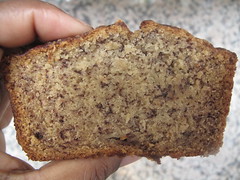 The one thing I wish I had when the bread was baking was some kind of  ‘Smell-o-photo’, a bit Willy Wonka, I know but… Smell-o-vision is a fantastic concept. The scent of the bread baking is heavenly. And I really wished I could capture that on camera.

To serve: slice it up and dish out with dollops of creme fraiche on the side and some Lady Grey

To store: Are you honestly considering storing it, or giving any away? (I don’t know why  anyone would want to do that. Hmmm!) Anyway, let it cool down and then wrap it in clingfilm. It will stay in the fridge for about a week and remain soft and moist too. 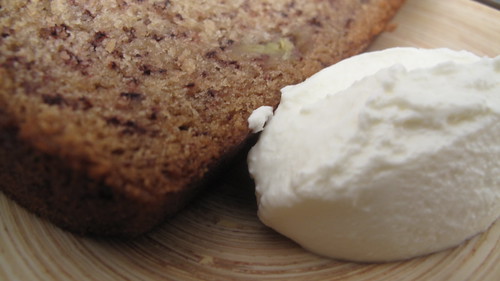 If you want, you can add chopped nuts (S prefers walnuts and I’m so all for PECANS)  –  1/2 cup or so would do for Banana nut bread, or dried fruit – raisins, cranberries or blueberries for Banana fruit bread