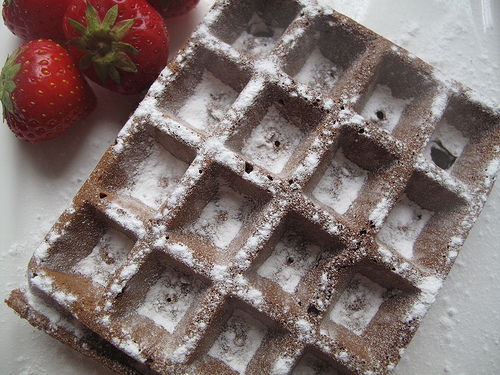 So after blogging about my excitement about my sushi class yesterday morning…my daughter demanded chocolate waffles. It was 10 o’clock when I started… and time seemed to go on for ever…till I looked at the clock to see it was almost eleven. If I didn’t run out of the house (via the bathroom), I would be very late! The sushi post will come but as you can imagine, I have numerous videos and photos which need some serious stitching together to paint the very delicious picture that was yesterday! Consider this an interim offering please! 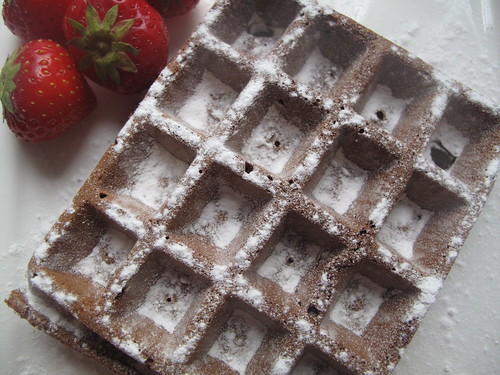 Waffles are amongst my fave breakfast foods, and lunch, and dinner too. They bake well, keep well and eat all too well. What’s not to love about them. I even have 2 wafflemakers – a heart-shaped one which makes thin, small waffles and a larger one, which was a gift from my dear friend L. This one makes proper Belgian waffles. 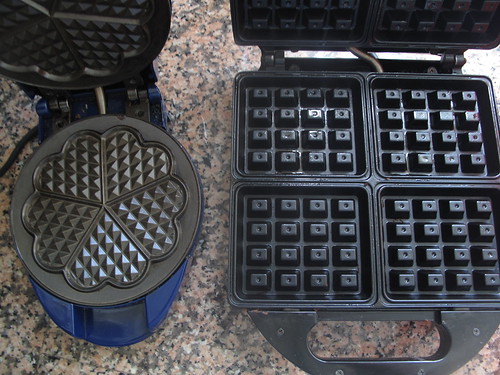 5 things you should know about waffles 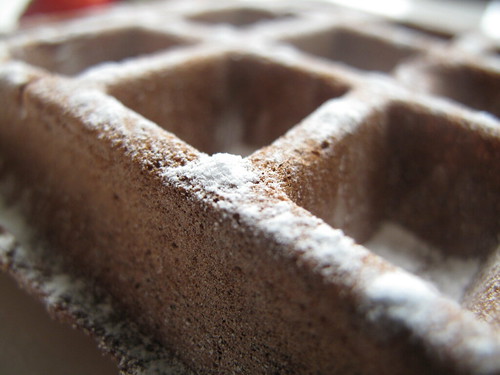 Personally, I love my pancakes, waffles (and french toast) with wholegrains. I don’t make them with white flour except I’ve run out of wholewheat flours and in that case, I add some oats and oat bran to increase the fibre, but that is on very rare occassion!  I know, whole grains have a peculiar taste, some say acquired. I tend to taste them and think nutty and full-flavoured. If you’re averse to using wholegrains then chocolate/cocoa creates a perfect and complimentary mask to the ‘new’ smaak (dutch for taste) of wholewheat flavour.

Now you can use this exact same mix to make chocolate pancakes, but add an extra 1/2 cup of milk to thin the batter

If you love nuts…chopped hazelnuts (filberts) and pecans partner VERY well with chocolates…as do almonds.

For the Waffle mix

Steps to the preparation

Sift the flour, salt, cocoa, and baking powder into a bowl 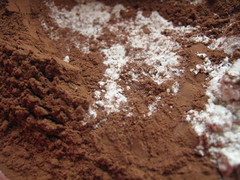 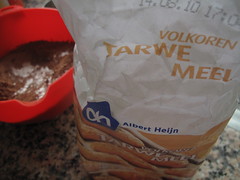 Make a well in the centre and add the eggs, milk, vanilla, oil and yoghurt and mix well with a ballon whisk until blended and the batter is smooth 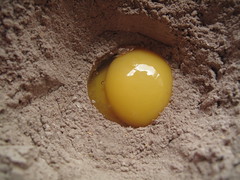 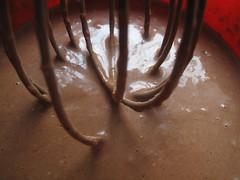 Because you’re using wholegrain flour, you’ll need to let the batter ‘rest’ for about 10 minutes. This allows the grains to absorb the liquids, resulting in softer, fluffier waffles. A bit like giving steaks a rest after cooking!

7-8  minutes into the batter resting, grease the waffle iron or electric waffle maker (follow manufacturer’s instructions if using for the first time). My Belgian waffle iron is non-stick but to be on the absolute safe side, I used some oil spray to grease it before I started. You could also brush it with oil or melted butter using a brush made of scratch-safe, non-abrasive material like silicone.

When the mix is well rested, stir once more to combine then using a large ladle spoon, pour in batter, just enough to fill the hot waffle iron, then close. Cook for 2-3 minutes or until the waffles are ready. They should peel away from the top/bottom of the iron if cooked 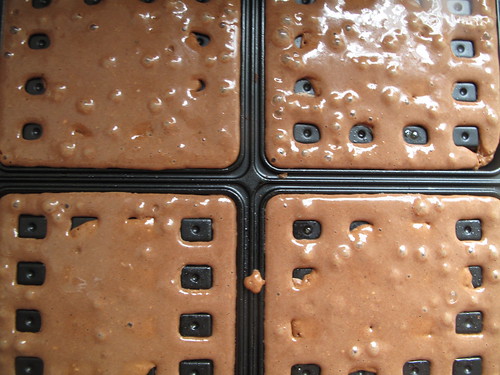 Remember not to stack if you’re making a huge pile, rather spread them out. 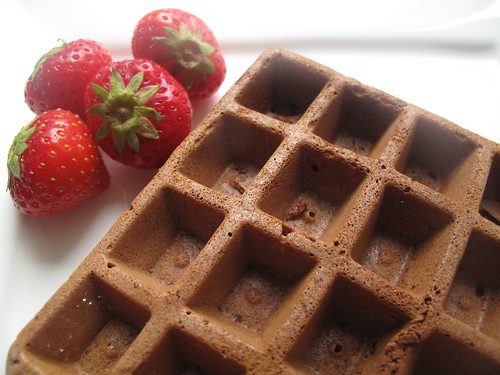 The waffles were lovely – they so reminded me of brownies – crisp top, with a moist, soft and rich chocolatey interior. 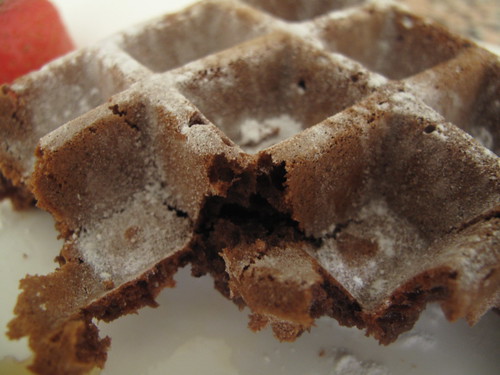 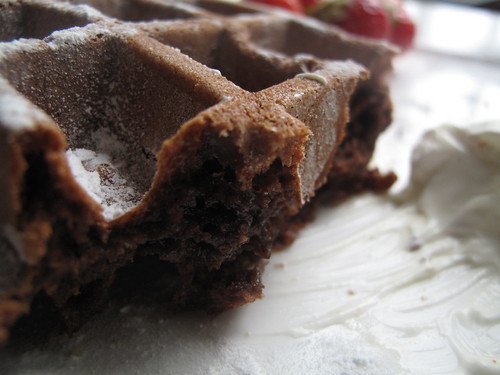 Dust with icing sugar if you will and drizzle with some syrup. I won’t trade them for any other waffle recipe, especially if I have creme fraiche to go with them. Yummy. And fruit? A must, especially critical when I’m serving it up for the kids – this way I’m super-assured that they’ve began the day with healthy goodness! 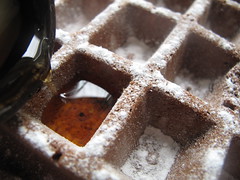 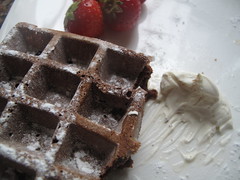 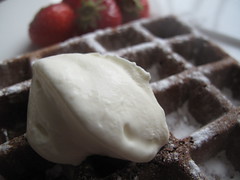 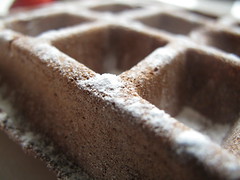 What do you think? What are your favourite waffles made of? 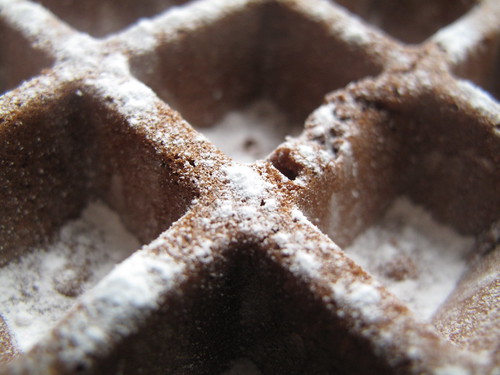