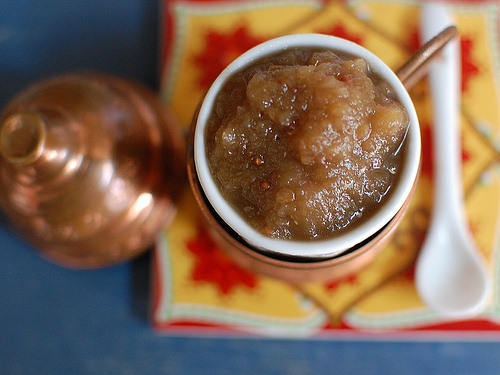 Out with the old, in with the new.

Ditch the cinnamon sticks and sweet fragrance of warm spice. Replace it with heat and heart. Crisscross apple sauce….you’ll have no regrets. 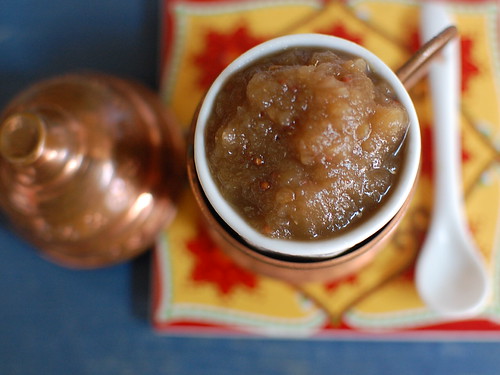 I love apples. The firmness and smoothness of their ’rounds’, the crispness that accompanies some bites, and the sweet juice trickling down chins. I like them in cakes and bakes, tarts and curds, hanging off trees and nestled in a corner of my bag. 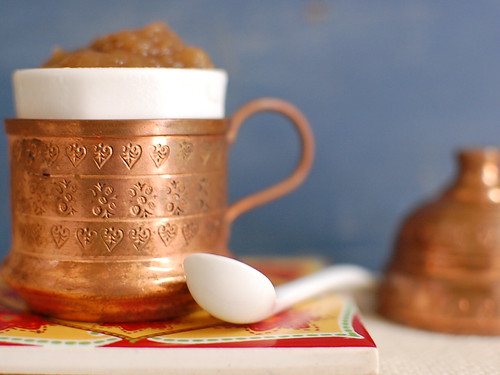 But I have not quite gotten the fever that has raged from age to age……and that culminates in a frenzy of canning, buttering and all manners of apple delights from autumn to winter.

Food historians tell us sauces made with apples and related recipes [stewed apples, apple pudding] were made by medieval European cooks. These sauces could be made from tart to sweet and were served as accompaniments to a variety of foods.

In early times, they were called by different names, often with regards to its use as sauce for meat. The applesauce recipe in Elizabeth Raffald’s Experienced English Housekeeper (London:1769) is titled “To make Sauce for a Goose.”

The Oxford English Dictionary traces the first use of the word applesause in print to Eliza Smith’s Compleat Housewife, 9th edition, [London:1739]. Many 18th century British and American cookbooks contain recipes for applesause, confirming its popularity.

When I was at University, I enjoyed the occasional pork roast with some chunky applesauce, made from tart English Bramleys and bottled by Colemans. But it was when I arrived The Netherlands, suitcase, heart and all that applemoes (apple sauce) and I made an acquaintance.

Apple sauce used to be a food prepared for winter, since it keeps well. It is often an accompaniment to a main course. Swedes, for instance, usually eat apple sauce as a condiment for roast pork. In Germany it accompanies potato pancakes. In the Netherlands, children often eat it with their fries; “patat met appelmoes” is a traditional dish at children’s birthday parties. It is also a popular accompaniment in the United States of America and is sometimes served as a dessert there as well. In France, it is viewed solely as a dessert and referred to as compote.

I half expected my ‘Nigerian’  children to embrace apple sauce as they had pancakes and poffertjes. You can tell how sour that one went, can’t you?

Fast forward to 2012. A pork tenderloin. Garlicky green beans. Freshly cooked white Jasmine rice and apple sauce to die for. Inspired by Mrs Wheelbarrow’s Plum sauce on food52, I crept into the kitchen late at night – my absolute favourite time to cook. When all is still and I can conjure up magic in my kitchen. No guilt whatsoever – everyone’s asleep and I can soothe my sould. 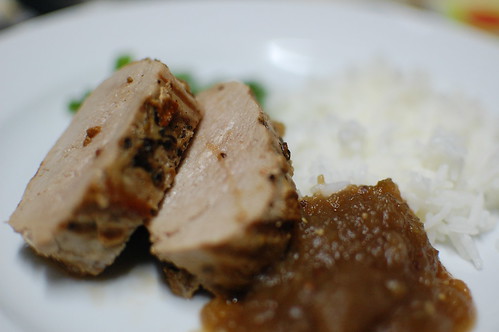 I could have gotten plums but I had apples. Crisp, sweet, juicy, just-tart apples from South Africa. Perfect for out of hand eating and saucing.

Cracking mustard seeds in a mortar and pestle is an art – one I haven’t quite mustared :-)! I found the seeds kept trying to escape. In the end I managed to crush some by placing my palm over the top of the mortar, desperate as I was to release their spice and pungency. Did you know that mustard seeds don’t become pungent until they are cracked and mixed with a liquid, like vinegar. Alternatives to mortar-crushing are ‘frying’ Indian style till they ‘pop’.

Bring all ingredients except the chopped apples to a boil.

When it comes to the boil, stir in the apples and reduce the heat and simmer very slowly until thick and syrupy, about 30 – 40 minutes.

Using an immersion blender/potato masher, blender, food processor,  get the sauce to your desired consistency. I like mine with apple chunks so I remove 2/3rs, puree and add that back in. Then I cook some more to reduce.

Take off the heat. Let cool then refrigerate and use as desired.

As soon as we sit down to eat, and I mentioned apple sauce, daughter #1 who remembers (American) School Thanksgiving dinners past and offers of some sauce with her Turkey declines……but I, knowing fully well how this tart, hot sauce differs from anything she’s ever encountered eggs her on.

I am very convincing because she dollops some on….and throughout the meal keeps going back for more. The son and daughter #2 are far from convinced. But I will bide my time – they are young…and I am full of hope! Once upon a time, they didn’t eat blueberries or strawberries or pineapple – hope will flare eternal.

Sweet, not sugary. Hot…but not burning, and chock full of flavour and scents. And a colour somewhere between Motts apple sauce and sweet caramel.

What is leftover I will serve with meatloaf….or maybe make a chicken pie. Or some apple-mustard butter. Endless options really. 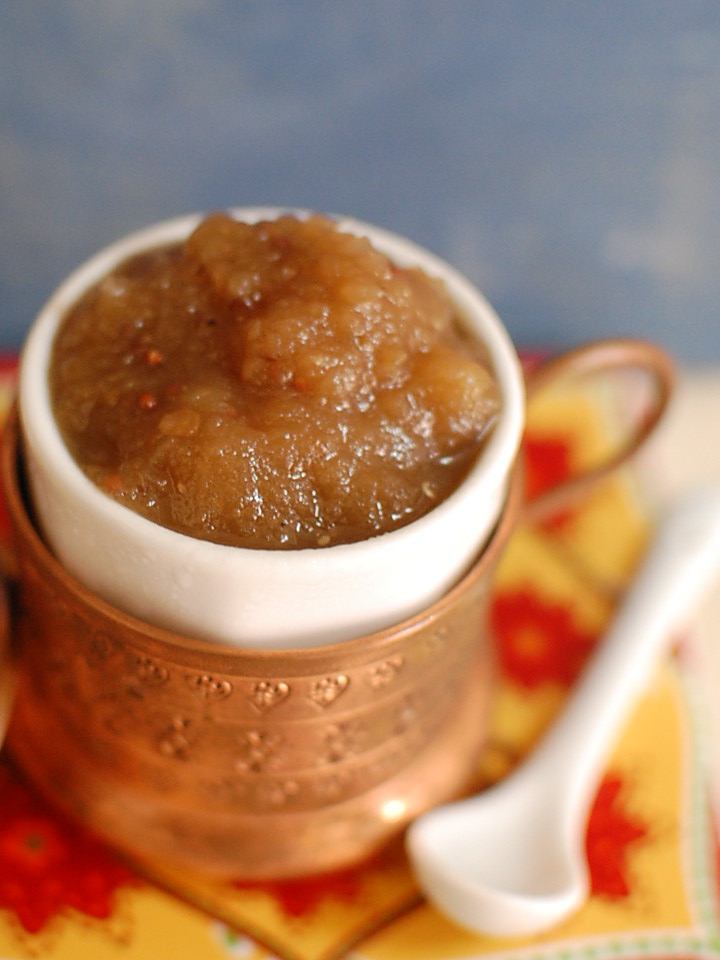 What’s your ‘take’ on apple sauce. Leave it? Or love it?