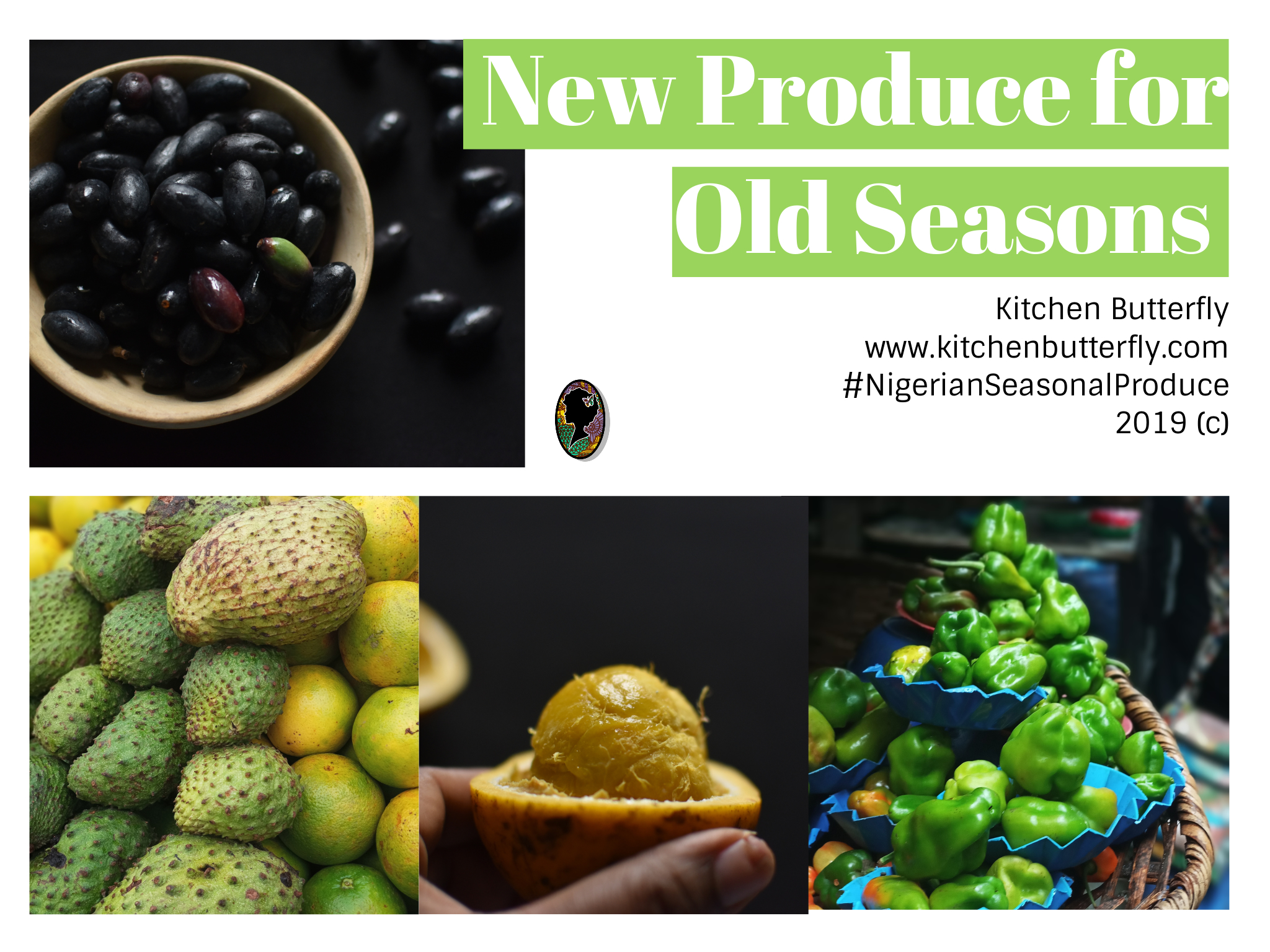 I’m a rainy day girl, anytime, any day, anywhere. Sometimes I think of rain – of the drizzly sort as light water from heaven, an excess of morning dew.

This season has been one of new discoveries, albeit a few and I’m glad to share them with you, by the month.

In June there was Chio, whose other names I was fortunate to discover thanks to my sister, T who saw an instagram post I put up asking if anyone knew more. She was in Senegal at the time and told me she’d had the fruit that very day. And so it was that I discovered Saba senegalensis

Names in other languages:

The shell houses a sticky cluster of bright yellow seeds. It’s hard but not as hard as a cocoa shell and releases a milky white latexy sap when cut in half.

It reminds me of a cocoa pod (hence the name Côcôta in Ivory Coast?) – the seeds cluster like those the cocoa seeds do. The pulp surrounding the seeds is tart and sour, reminiscent of iyeye (spondias mombin).

My son says it has a melon and kiwi smell, my daughters and @dezinahchic think it has a sour/ milky/ off-smell. And @dezinahchic agreed with me about it being similar to iyeye

The seeds are covered by fibrous pulp which when licked off reveals a brown seed.

In Senegal, they cut the pods open, add sugar and a pinch of salt, stir well and off you go!

I got my hands on some fresh atili and learnt to cook it. The lady I got it from in Jos shared some tips – namely, don’t cook in boiling water as it would harden it and not cook at all.

On my first try – with boiled water, diluted to just about body temp, it worked! I left the ‘African olive’ to steep in the water for about 10 minutes. About half way through, some had softened but I gave it more time.

I like it and it keeps so well refrigerated and uncooked. I imagine making a nice tapenade with it.

Larger than an olive, smaller than a date :). It’s creamy, rich like Ube and avocado with olive undertones

The less common, unripe sibling of the red which I lauded in my basmati Jollof rice a few months ago. In all my years of living in Nigeria, I’ve never ever come across them. When I say this to Nigerians, they respond with ‘But aren’t they bell peppers?’. To which I reply, ‘No, they are literally the green versions of red tatashe’. It’s a wonder, one I’m glad I encountered.

Small, green sometimes elongate, sometimes rounded pepper, related to the bell pepper. They are similar to poblano peppers which are a good substitute. They are the basis of a delicious Nigerian stew numerously called Designer stew, Ayamashe or Ofada sauce.

One rarely sees them because they ripen and become the warmer, hotter, redder versions which are more common.

I’ve seen these tiny, light green chilies twice now – the first in November and the second in July. They are the perfect pair for green tatashe, also forming the ‘hot sauce’ for Designer stew, Ayamashe or Ofada sauce.

I’m eating soursop refrigerated now. The cool flesh, heady fragrance, juicy pulp are my current favourite. I think, and I think and then I eat it. I want nothing to corrupt the simple enjoyment of enjoying the fruit without being forced to create something with it. It. Is. Already. Perfect. And if you didn’t know, now you do!!

Now for other non-fruit seasonal produce – like Salapore, the silver, shimmering, transparent cousins to yoyo, all white bait.

And, river crabs. With which I will attempt a broth.

So there, what I’ve seen that’s ‘new’ to me. What’s growing where you are?