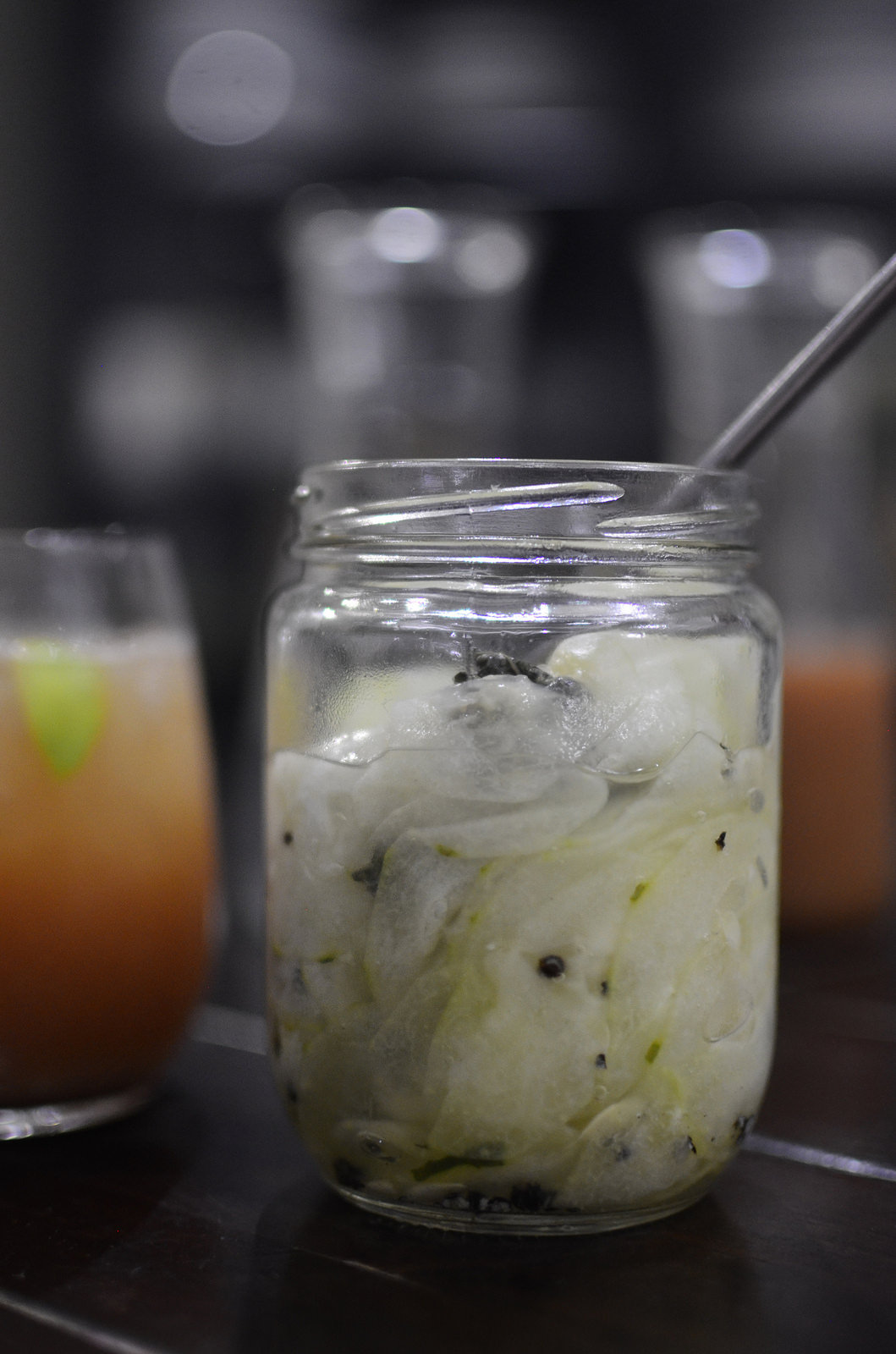 Ever so often, I have this romantic interlude with cucumbers. Sometimes it’s eating, other times in a glass.

I want to say cucumbers are in season and I do. I see them in wheelbarrows around the city, sometimes watered from a ‘pure water’ satchet so they stay green-skinned and fresh.

I love cucumbers (even as I do in bits and bursts) but I do not like the skin – whatever, however, whenever. I prefer to peel it off, and discard the hardy skin, inedible to me bark.

I don’t know why or how but I began thinking about Cucumber gin. Made the New Nigerian way – with a bit of this, and a bit of that. I think cucumbers are so ‘cool’ (in temperature and nature), that they somehow match the spice and clarity of gin.

This was simple – I got cucumbers, sliced them and layered them into a jar, alternating with herbs and spices. because I also raided my own spice drawer, pulling out some alligator pepper aka grains of paradise. And some dried scent leaf.

Into a clean jar it all went, topped off with my gin and left in the fridge to ‘mature’ over a couple of days.

I knew the result would be fragrant in a clean, fresh and cool way only cucumbers can yield.