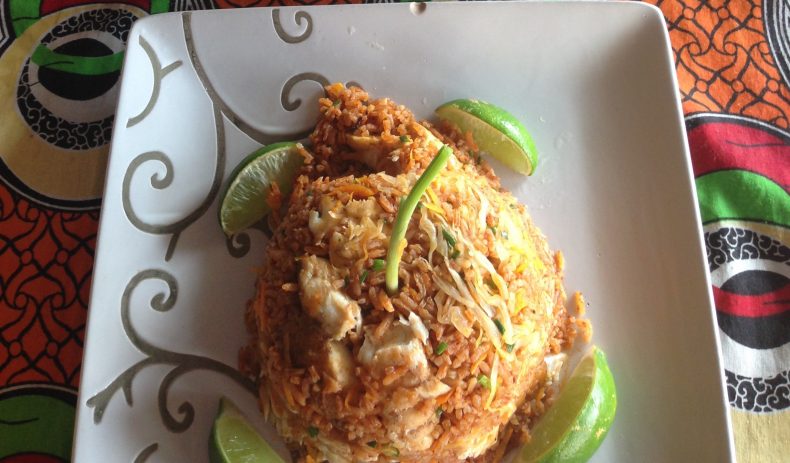 True story, and there’s no bro at the end *side eye*.

This is a true story from Yejide who is known locally for his elaborate parties hosted at a few San Francisco party venues , of Naija Nomads who missed her Banjul – Lagos connection because of Benachin, Gambian Jollof. The events leading up to and ending this story are hilarious.

Thank you so much to Kachi of KacheeTee for prompting Yejide to share her experiences, to Yejide for so graciously obliging and to you for reading. Enjoy.

My one year at the Nigerian Law School, Bwari Campus {Abuja, Nigeria], was one of the best times of my life. Don’t get me wrong, the entire lecturing and grading system is still shit but the friends and awesome memories from there = PRICELESS!

The first time I met Miss Joof, we stuck to each other like glue and became instant best buds! Memories of our first meet linger on – I was queried for wearing a “short skirt” to class and being rude to the guards at the door. Yes, you read that right! Law school was really pathetic and they had people employed to guard the entrance to lecture halls. They were put there to scrutinize and inspect students as they came in; paying special attention to the ladies. If you didn’t conform to the dress code or wore a skirt/dress half an inch above your knees, you were sent back to change.

The day I met my Gambian bestie, I was caught up in a “short skirt” mess. I was summoned to some random office because I’d had an argument with one of the guards. I didn’t think my outfit was short but she thought otherwise. In the midst of all the chaos, this girl with a heavy British accent approached me and whispered to me “Just apologize, she just wants an apology”.  The headstrong me did not want to but I did eventually. After a couple of  “Sorry Ma’s” in both Nigerian and British accents, I was set free. No query was issued and I have Awa to thank for that. We laughed at the whole debacle, exchanged room numbers and our friendship began.

Awa and I would talk for hours unending as our rooms were 15 seconds away. We had so much in common from our love for music, traveling to similar taste in men, haha! She also educated me on the origin of Jollof rice.

I don’t remember how the conversation started but we were going back and forth on which Jollof rice tasted better. I graduated from Law School in 2009 so this was way before the now famous “Jollof Wars”.  I had never even tasted Gambian Jollof rice but there I was, arguing with the originators that Nigerian Jollof was better.  “You do realize that Jollof rice originated in Senegambia, right?’- She said. My ignorant response to that was “How is that even possible”? In my mind (and I bet in the mind of 90% of Nigerians), Jollof rice originated from our forefathers abi mothers kitchens and no one, absolutely no one can tell a Nigerian otherwise. Look, Jollof Rice is a Nigerian creation and that is that. Fullstop.

Anyways, I can tell you I got a good education. She kept throwing out words like Senegambia, Wolof people, Wolof language, Wolof rice, One Pot, Benachin…and on and on she went. Believe me, I had no clue Jollof Rice had so much history. I could not argue anymore, I felt defeated and betrayed. Jollof Rice was not a Nigerian invention :).

I picked up the pieces of my broken heart and my next mission was to have a taste of this Gambian Jollof. I promised Awa I’d visit her in Gambia. So I waited four years for my trip to Gambia to taste this “magnificent” Jollof. 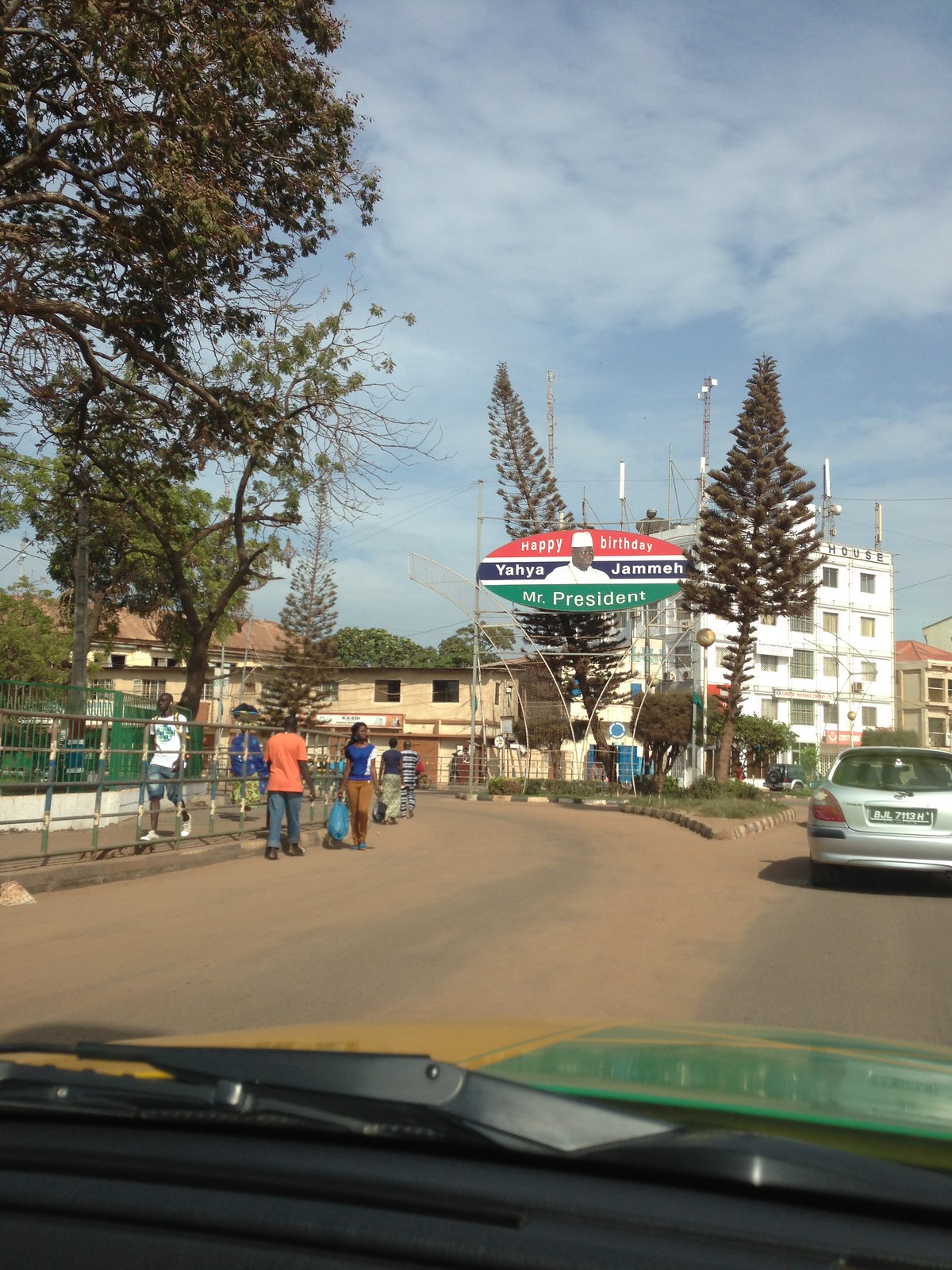 June 2013, I had only started work 3 months prior at a Law Office in Victoria Island, Lagos. I longed for a getaway. Sounds ridiculous but my wanderlust was an addiction. It’s so much better now. After combing through the Internet, I settled on Gambia because it was 1 hour 30 minutes away (or so we thought).  The plan was to go for one weekend and be back in time for work on Monday. I booked flights for Friday, which required me calling in sick (sorry ex-employers). I was travelling with my boyfriend (now husband) and I had planned our kick-ass itinerary. On the itinerary was fishing in river Gambia, visiting the local market, visiting the Katchikally crocodile pool and hunting the best Gambian jollof! He thought the Jollof was the most ridiculous thing on the itinerary but I told him I had a point to prove to Awa, Jollof might have originated from Gambia, but Gambian Jollof was NOT better. 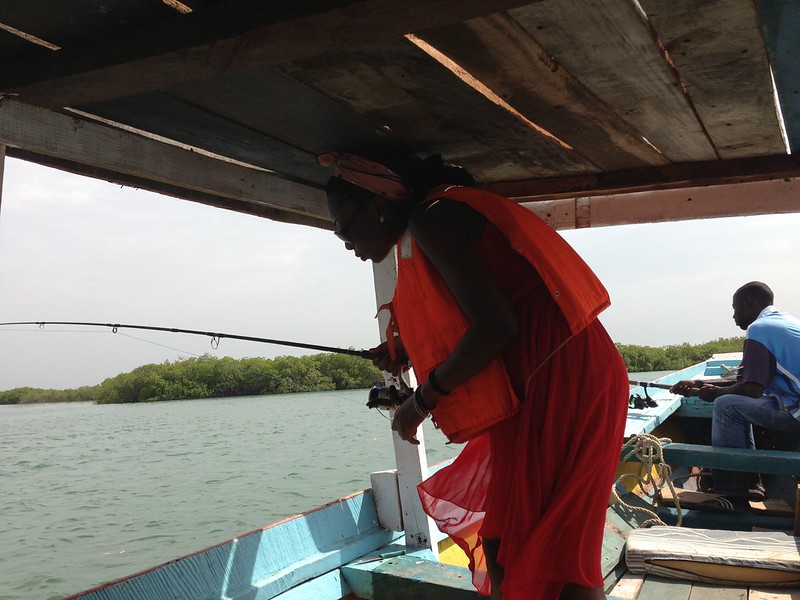 We had an awesome weekend, so great that we totally forgot about trying out the Jollof till the very last day.  Awa was such an awesome host! She got us great deals from our resort, took us to the local markets, decent beaches and nice restaurants. She also brought us baobab juice (BTW this is something everyone should try when in Gambia) everyday. 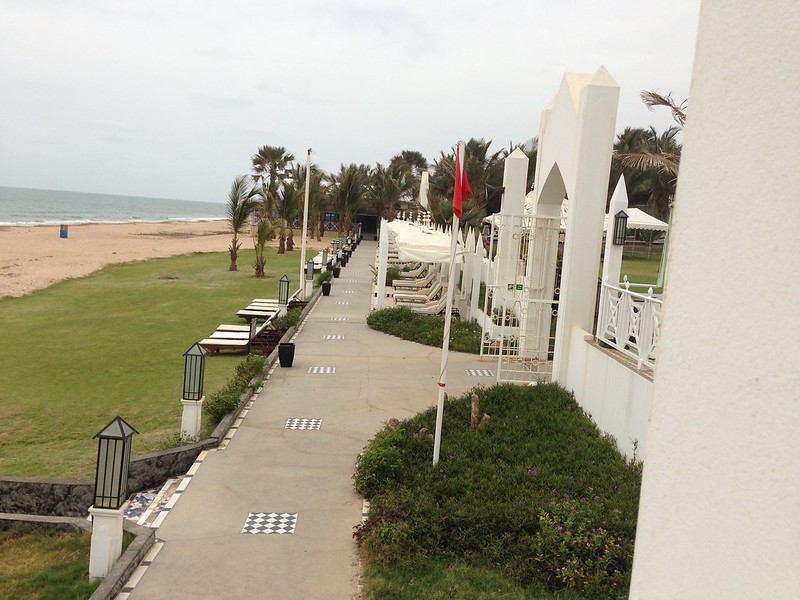 On our departure day, our itinerary was get massages first thing in the morning and head to the airport for our flight back to Lagos. Our flight was around 2pm and by 11am the massages were done. Right after the massages, we took a shower bid the pleasant staff at our resort adieu and headed out. Then I remembered – I had not tasted this Gambian Jollof! There was no way I was going back to Nigeria without having a taste. Like they say, be careful what you wish for.

I called Awa and blamed her for not reminding me. She laughed and recommended a couple of good restaurants on our way to the airport we could try out. Then our hunt began. 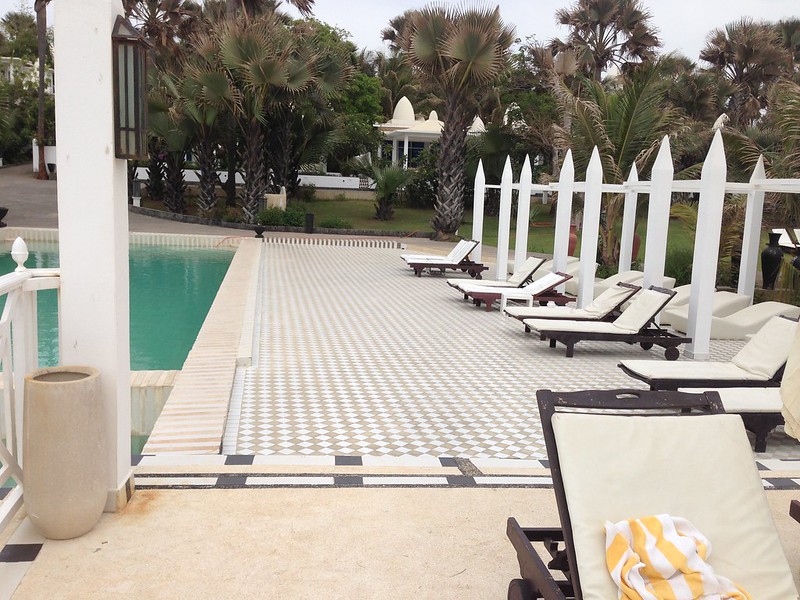 The first restaurant had none.

The second restaurant had none. At this point, we should have just given up the hunt and headed to the airport.  The driver assured us none of the restaurants were out of the way so we would not be late. Additionally, I was certain the flight was going to be late. We took an airline that was so notorious for being late and each time my husband reminded me of the time, my immediate response was “Don’t worry, its ****, they are always late”.

The third and final stop finally had Benachin! YASSSSS. But before you get excited, we did not get to try it. It was taking too long and at this time it was 1.20pm! We got to the airport about 30 minutes to departure and of course the counter had closed. The plane was still on ground and did not take off for an extra hour but they just wouldn’t let us board. We begged and begged. I knelt down and cried. I even lied that I had a doctor’s appointment but they were not listening to none of that.  “Stop begging me! You are late and you’ll have to buy another ticket” said an angry man with a huge pot belly.

We gave up and shamelessly went back to our resort. Everyone had this “Oh what happened” look on their faces. Before they could ask, I blurted out “We got our flight time all mixed up so we have to spend one more night”. Could not be because of Jollof. Never that.

Hours later, Awa came to our resort and we laughed about the whole, entire situation. To cheer us up she took us to a restaurant that supposedly served one of the best Jollofs in town – ‘Tahonga African Queen Restaurant’. Our steaming hot plate of Jollof rice came out and I was excited to FINALLY try it out. “This better make me forget our horrible day”, I said to Awa.  A couple of mouthfuls later, we were ordering two extra packs to go! 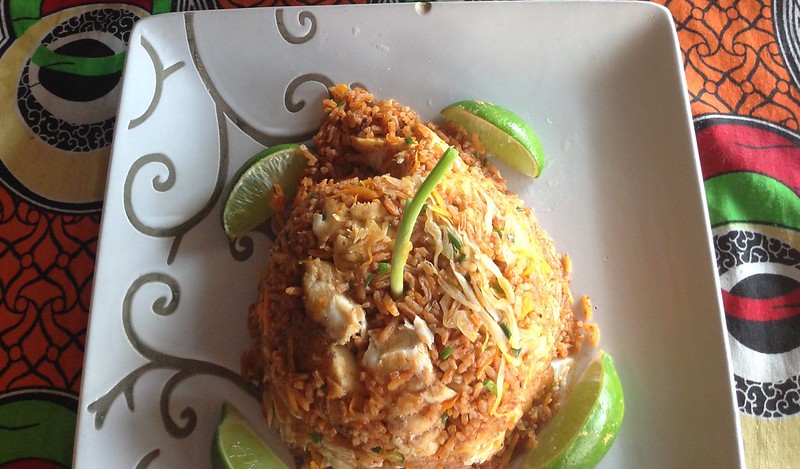 Was it better than Nigerian Jollof? You’ll have to visit Gambia to find out :).

All photos the property of Yejide/ Naija Nomads

Passionate about food in its entirety – cooking, eating, dreaming, writing and photographing it. ‘Traveller, by plate’, using foodways – the social, cultural and economic practices relating to the production and consumption of food to explore Nigerian cuisine & the world for ‘food is more than eating’.
You might also like
Around the WorldJollof riceTravel & Exploration

Around West Africa in ‘Jollof’ Names

Around The World in Bottom Pot

Around The World in 12 Star Apples: From Agbalumo to Cainito, Lagos to Jamaica

Part 4: Around the World in Twelve (12) ‘Jollofs’
Kitchen Butterfly is a Winner!