previous
Jollof Rice in Nigerian Literature
random
next
Opinion: I Do Not Like Jollof Rice
151 views 1 like 0 comments 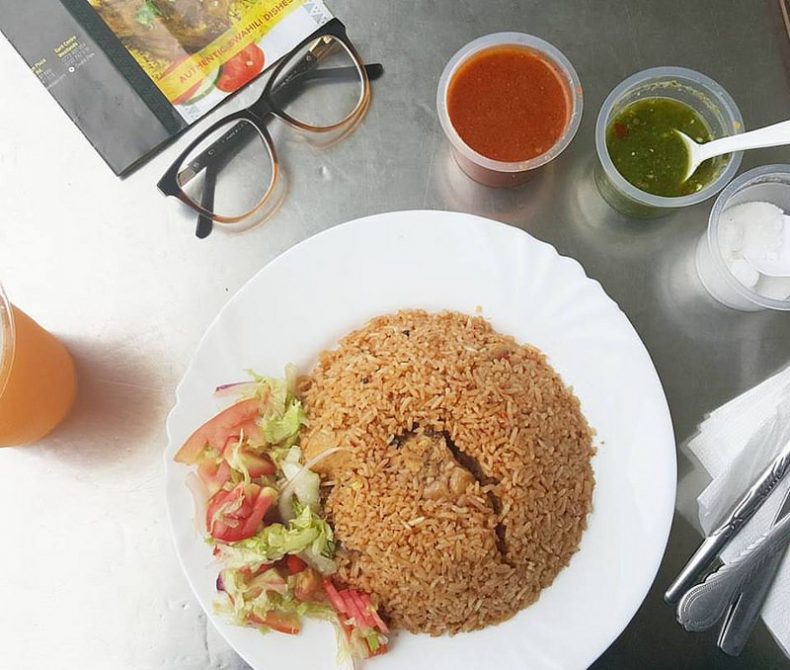 In our familiarity with and adoration of it, we translate its importance to others. We recoil in shock when we find that the significance we attach to it this side of the Atlantic is not the same in other parts of the world, like the area in and around the Indian Ocean.

And no this photo has nothing to do with the subject at hand – well, kind of…but it’s me in my element and I rather like it so I thought I’d share it with you = kind and considerate me :). And yes, that’s a ‘knowing’ smile. I see through it all *rolls eyes*. 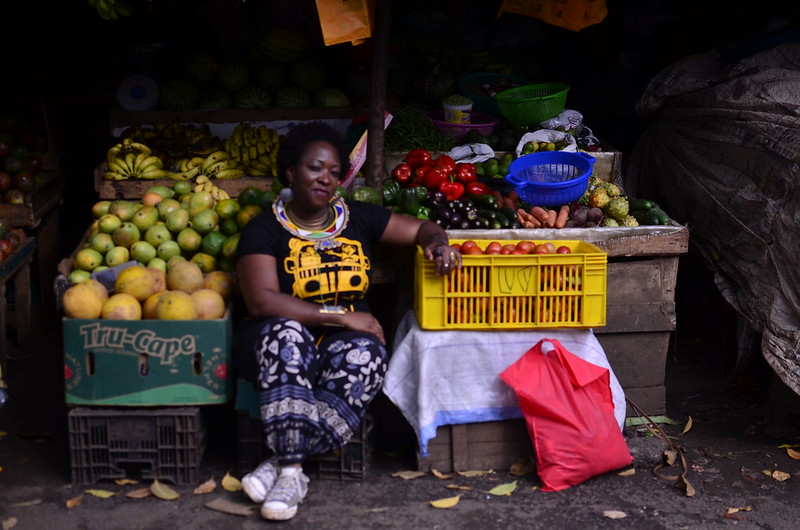 Anyway, back to the matter, I don’t think its an overarching sense of our importance that does it, that causes us to make these assumptions. It  isn’t even our quest for world domination. We make these assumptions because of its deliciousness. Like Nigerian Jollof is King and Queen. Like Jollof is King and Queen across Africa. We, West Africans never stop to think that South of the Sahara is where this obsession ends. At least I didn’t till I met confusion in Nai. 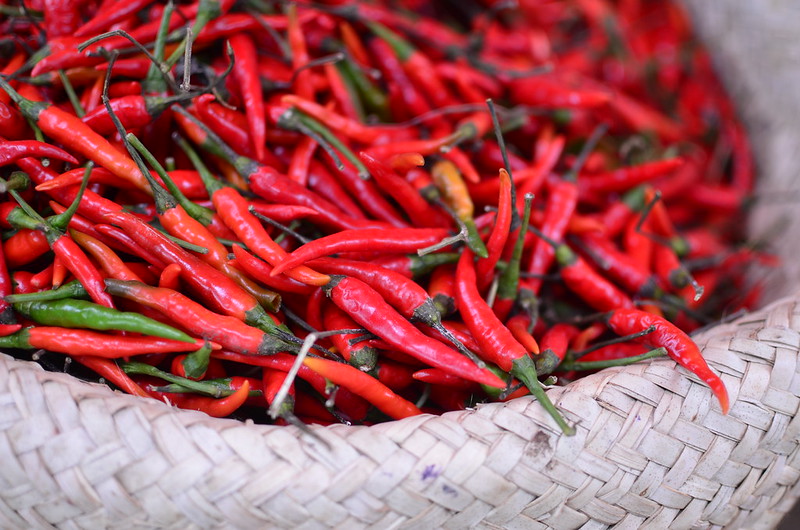 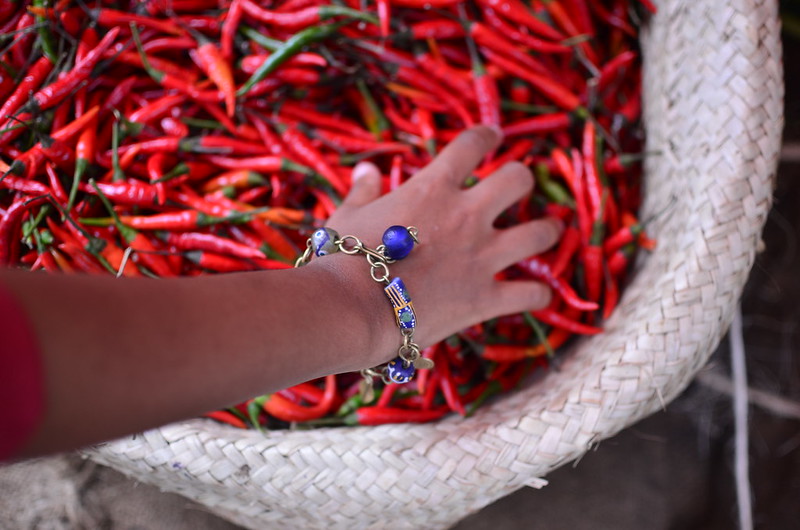 It’s Saturday night and I’m out with Kenyan friends, old and new. These Kenyans are of the opinion that Pilau and Biryani trump Jollof. I hold my chest, my heart pounds with disbelief.

And then again on Sunday afternoon and fresh from the Ngara market where I’ve seen chilies all sorts – to my surprise because I didn’t expect to find any, because just before I headed to East Africa, a few of my friends shared telegrams ‘Cuisine bland. Take pepper’. This of course leads to a situation in which I almost burn my tongue. So, Sunday afternoon and we – J, I and I (as in me) are walking to the city centre. I begin to talk about Jollof and wanting to cook some. Isabel has heard of it but Jackie hasn’t. To. My. Utter. Shock. I can’t believe it, I think she’s teasing, I laugh it off.

It’s Thursday evening when I understand for real, when she can’t spell Jollof. Its then I understand my exaggerated sense of Jollof’s importance in a country, a region that hasn’t historically had any need for it. It is very interesting to see how most cultures have one or two rice dishes, especially tropical, equatorial countries and how that rice dish isn’t always Jollof! 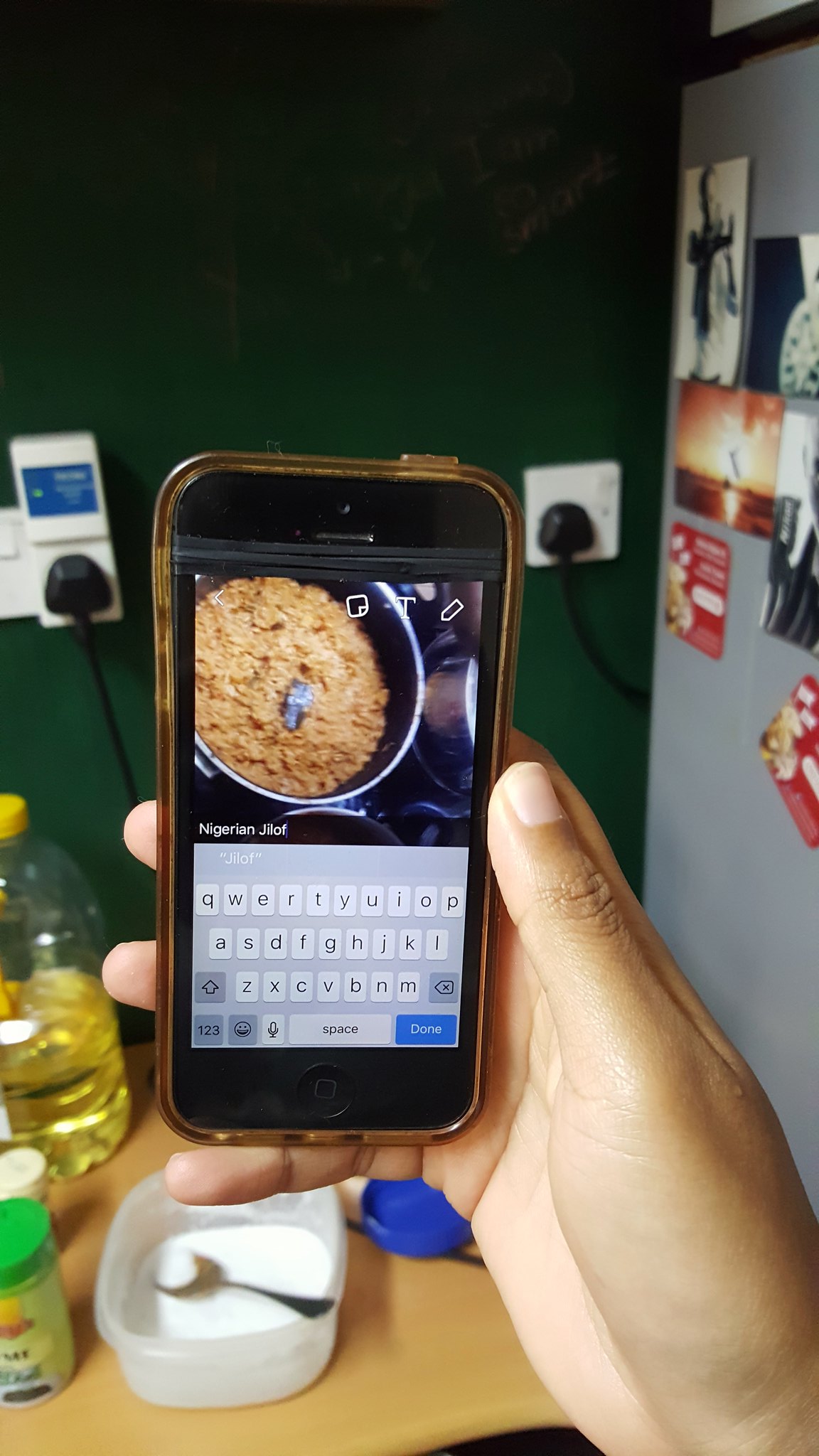 What differs in the characteristic dishes is influence by geography and other means – colonization, trade and markets. East and West Africa have remained quite separate in their influences – one dominated in food & culture by the West, the other by the east – India especially.

While I was in Nai, I ordered Pilau once to see what the fuss was about. When it arrived, I was momentarily transported home, seated on a chair as I was in a mall in Nairobi – and it looked like Jollof in some ways, orangey coloured perfectly cooked rice.

One forkful and I knew it was different – warm cardamom, black pepper and cinnamon played harmonies in my mouth and the back of my throat. 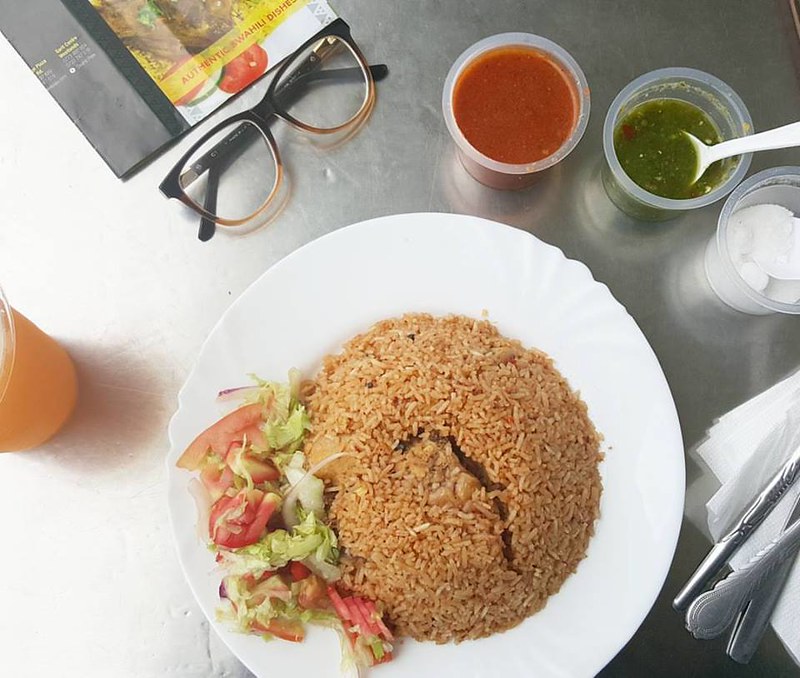 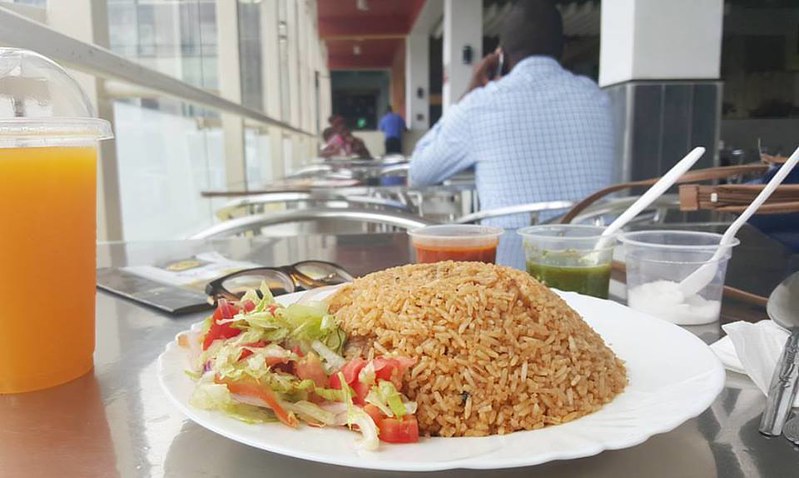 This was pilau, spicy pilau with the black pepper and ginger, interestingly different in the way the heat levels up against you, unawares…I loved it, every bite and every forkful but this was no  Jollof.

It led me to thinking about the possibilities for Jollof. Like pairing coconut Jollof with kachumbari, a Kenyan salsa, commonly with tomatoes. 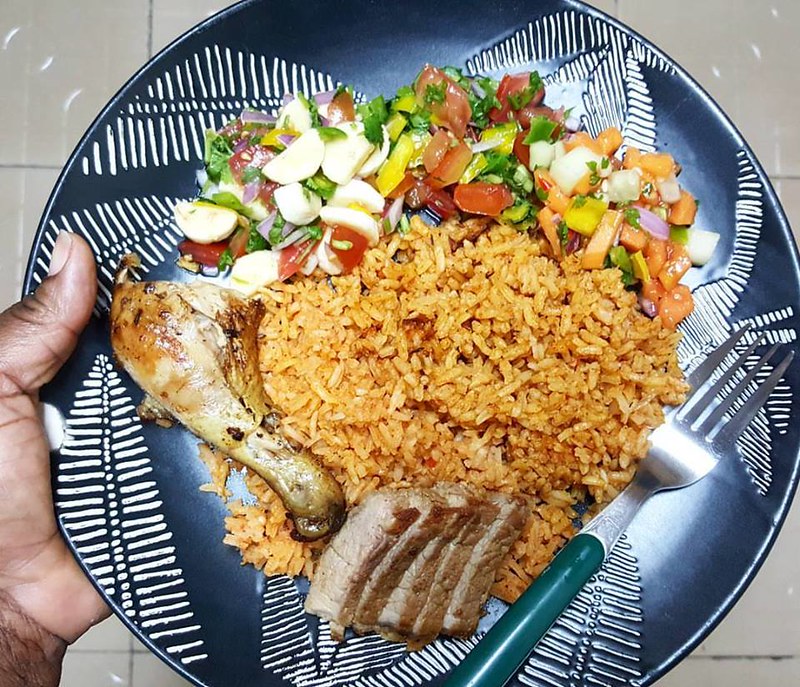 But it also got me thinking about a Jollof Pilau, or Pilau Jollof, which I haven’t made yet but if I did, here’s how it would go – Atlantic meeting Indian ocean and tomato sauce welcoming whole, warming spices to create a dish that’s halfway around the world because there are a few things common to both dishes  – rice, great flavour, smoke and overall deliciousness .

If Jollof was Kenyan, it would be of basmati, bathed in coconut milk, be sweet-smelling with masala spices. If Jollof were Kenyan.

If Jollof were Kenyan it would have cloves, ginger, black pepper as spice. It would. It would not welcome with arms wide open, chilies like it would were it Nigerian.

If Jollof were Kenyan.

If Jollof were Kenyan, it too would be smoky, fire fire.

It would be party rice, if Jollof were Kenyan

Washed down with passion fruit juice and Tusker beer

Swaying to the rhythms of Nigerian songs

If Jollof were Kenyan

Passionate about food in its entirety – cooking, eating, dreaming, writing and photographing it. ‘Traveller, by plate’, using foodways – the social, cultural and economic practices relating to the production and consumption of food to explore Nigerian cuisine & the world for ‘food is more than eating’.
You might also like
Jollof riceRice recipesNigerian CuisineTravel & Exploration

An Ode To Jollof