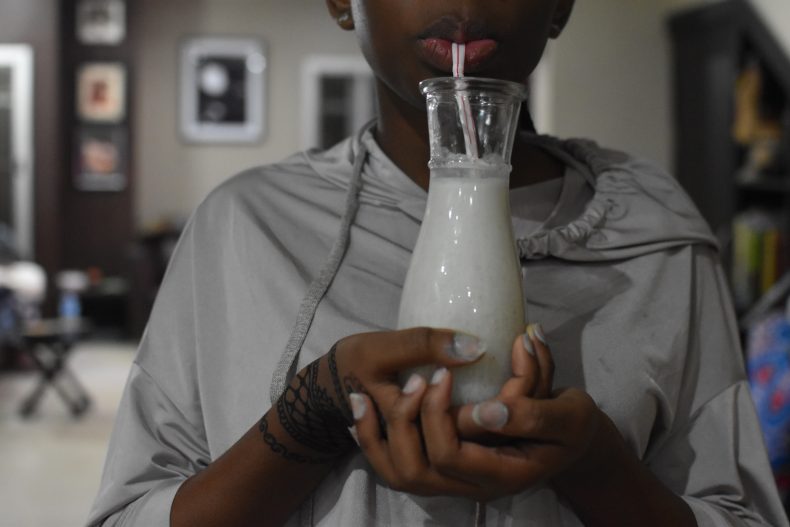 I’ve always been fascinated by Mingau. By always, I mean since I learnt about it, about it’s existence. In trying to find out more about it, to classify it and understand it, I happened upon lots of Brazilian/ Portuguese references.

Mingau, from the old Tupi mina’u means ‘that which is soaked‘. To this end, there is Mingau of different cereals and grains, contrary to my first thought about it being a cassava-specific dish. My concern though is Tapioca Mingau.

So what is Tapioca?

Tapioca is a starch extract from the cassava root. It travelled the world thanks to the Portuguese and became important in Brazil. Knowledge of it, its uses was transferred to Nigeria at the turn of the 20th century with the return to Nigeria through the enslaved from Brazil. It comes in various forms. In Nigeria, it is made up of small, irregular granules as opposed to tapioca pearls – polished, rounded balls common in the West. 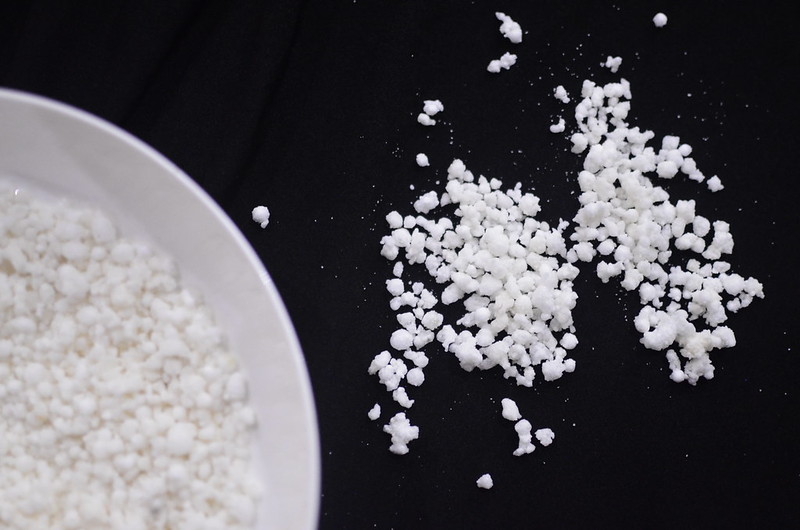 Importance in Nigeria and Brazil

In Afro-Brazilian mythology, the world was created by Oxala (an orixa) from Mingau [The Taste of Blood: Spirit Possession in Brazilian Candomble]

Like Acaraje and other foods, Mingau occupys the ritual space like other foods of the gods, orixas. It is also part of the dishes protected as part of Brazil’s intangible cultural heritage. ‘The Associação das Baianas de Acarajé e Mingau, The Association of Sellers of Acarajé and Mingau works with the city of Salvador and state of Bahia to ensure workers and entrepreneur rights for the women
who sell acarajé and mingau.

‘The leadership of these women in organizations such as this one have made a defining statement that they will continue to take up space. The issue of food sales is both a battle over economic sustainability, the right of Afro-descendant women to provide for themselves and their families as well as a political battle over the right to occupy public space’; Source – Oliveira Pereira

In Nigeria, Mingau is particularly important at Easter, on Lagos Island. It is one of a few dishes – Frejon, Kanjika, and others cooked during the period of death and rebirth of Christ. Lagos Island is the centre of Mingau country.

Literature references describe it both as a drink and porridge. It seems like the consistency is a personal choice and this in many ways triggers thoughts of  bubble tea but I’ll explore that later – my thoughts on the relationship between Taiwanese Bubble Tea and the Afro-Brazilian Mingau.

So, yes, Mingau is both drink; 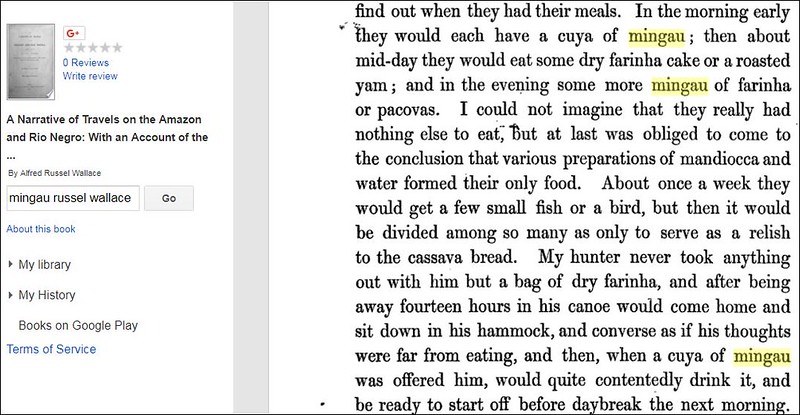 Did mingau transition from drink to porridge with time? Or are both still valid? In any case, it is altogether delicious. 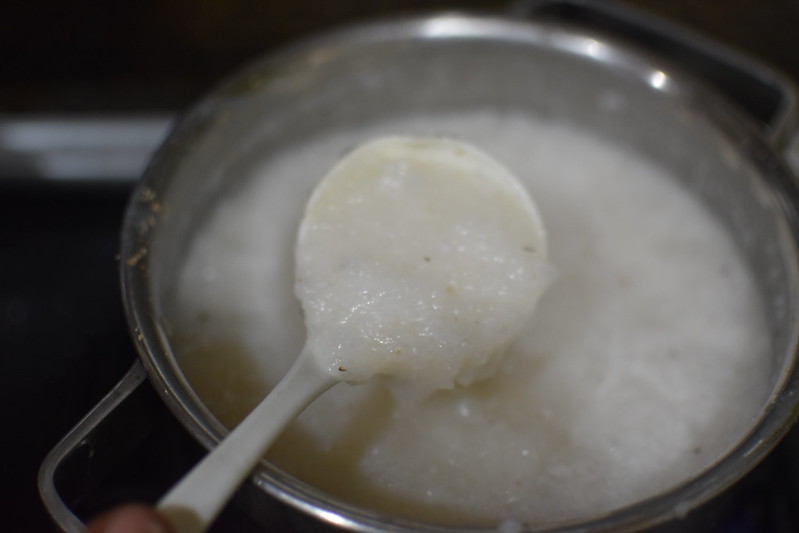 I wonder what other drink-desserts there are around the world? 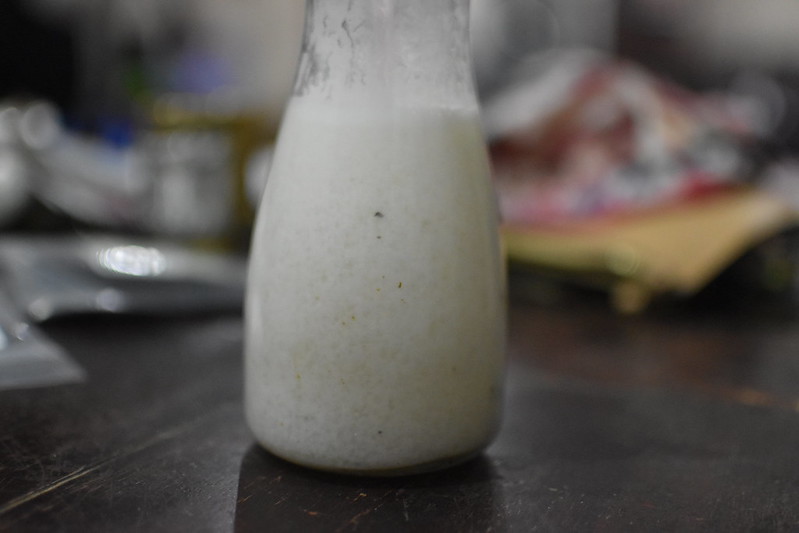 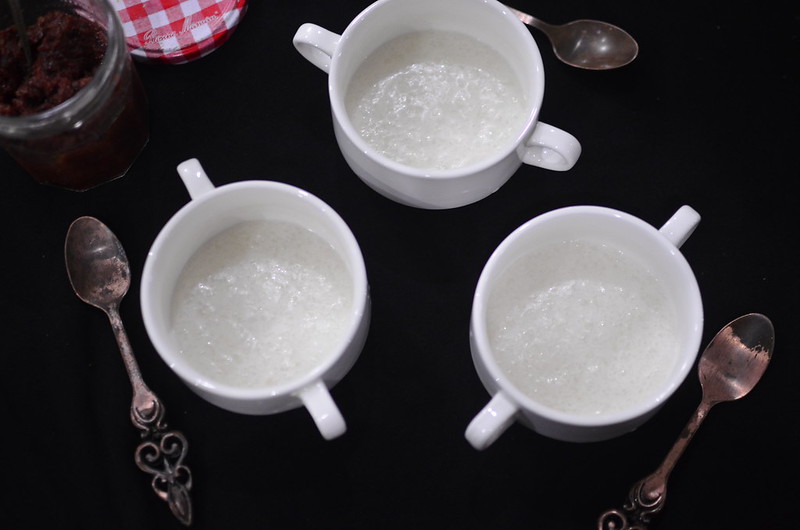 PS: In Brazil too, cuscuz branco, a dessert of sweet white couscous which makes me think of Mingau. The flavours and ingredients are the same – coconut and tapioca  but it is formed into a cake. A tribute perhaps to North Africa. It ends up as a cake – cuttable with all the deliciously creamy, nutty flavours.

A Feast of Mingau
Kitchen Butterfly is a Winner!