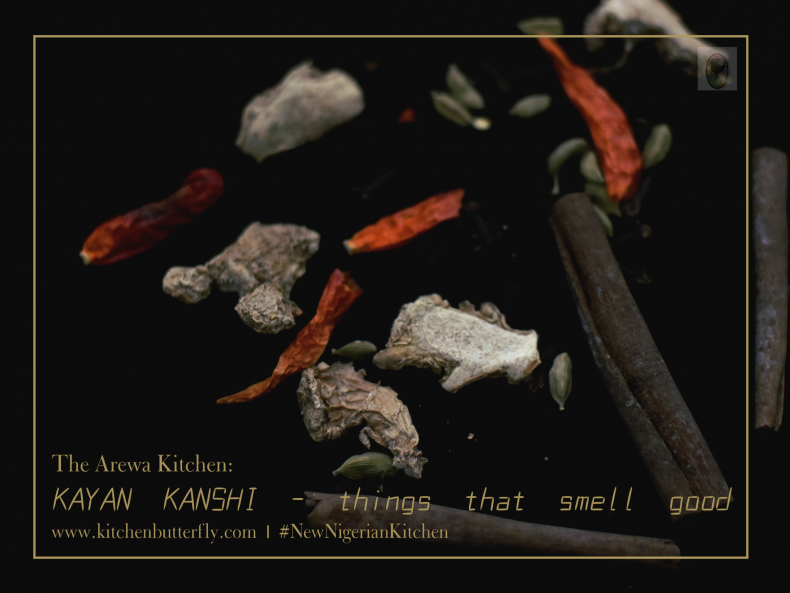 Kaya of things and Kayan Kanshi of things that smell good, nice. Of herbs and spices.

I’m confronted with this name when I walk into a store for some Balangu. It reminds me in many ways of the tea masala mix I saw and bought in Nairobi – a fragrant mix of whole spices which serve a dual purpose of scent and warmth. The kayan kanshi mix was for ‘tea’. In it, I found a host of spices combined here but with different uses, from tea to koko – corn pap and more.
I love Hausa and it’s possessive nouns. So that Kaya when it becomes specific turns to kayan kanshi; like dambu in the general becoming dambun nama (of meat floss) for example; Yaji becoming Yajin zogale (pepper mix with zogale which is morninga); Kunu of drinks and pap which becomes kunun zaki for sweet and kunun zafi for hot.
Some of these things that smell good can be used individually or as a blend, ground and added to liquids or other dishes. Some of them are:

Zingiber officinale , Jinja in Hausa. I remember the first time I made zobo and a friend from the north tried it. She asked ‘Did you add any ginger?’ To which I said ‘Yes, plenty. ‘ And then she asked, ‘Fresh or dried?’. ‘Fresh, of course’ because at that time, I hadn’t used dried ginger, I hadn’t even ever seen it. Fresh, dried ground, candied, pickled even but dried slices? No.
A few weeks later, I picked some up in a market stall and my zobo has never been the same. 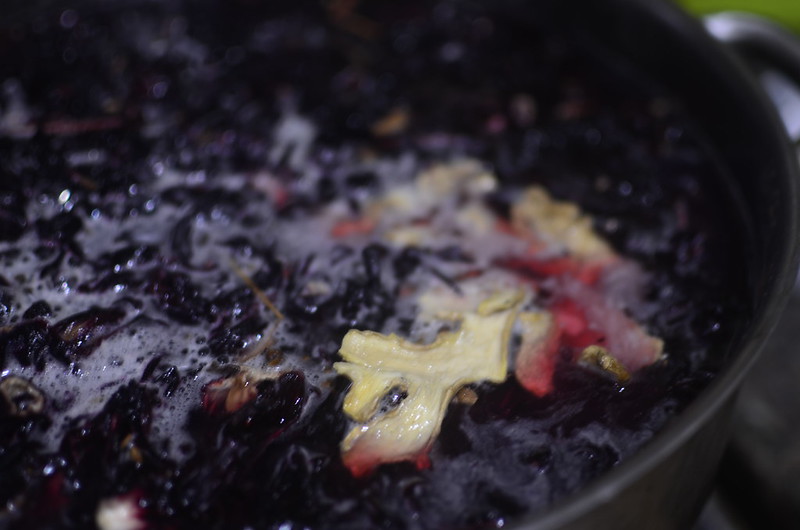 Dried ginger has a strength and warmth fresh can only hint at. It’s one of those ‘spices’ – like oregano which improves vastly when dried at least for drinks/ infusions where its essence is extracted by steeping in a hot liquid. 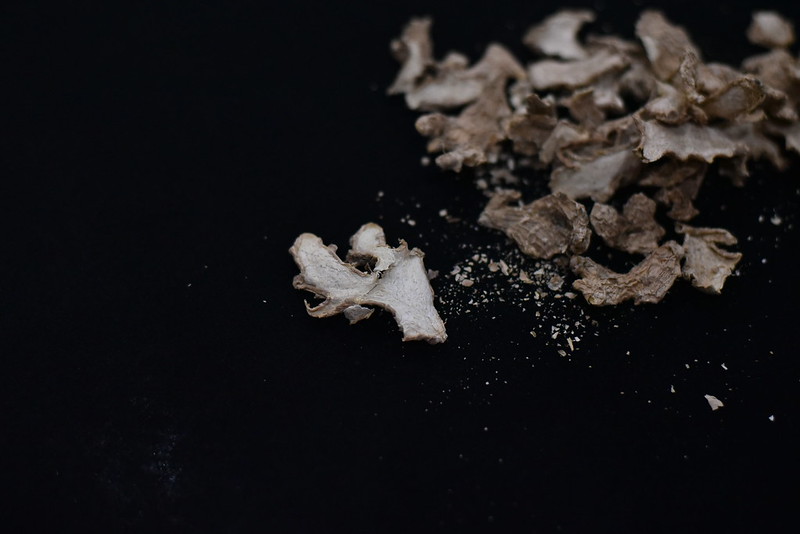 Another ingredient that makes its way into zobo and other drink or liquid preparations is cloves. Konofuru, Kanafuru in Hausa are the fragrant and aromatic flower buds of the Syzygium aromaticum tree, of the family Myrtaceae. 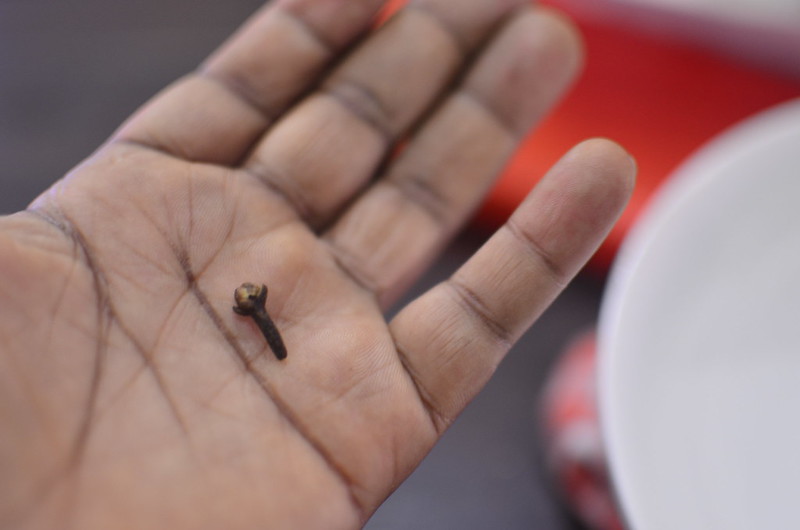 One of my favourite spices, cardamom also features in the definition of kayan kanshi. Of the genera Elettaria and Amomum in the family Zingiberaceae, it is sweet and spicy and can be used in sweet and savoury preparations. 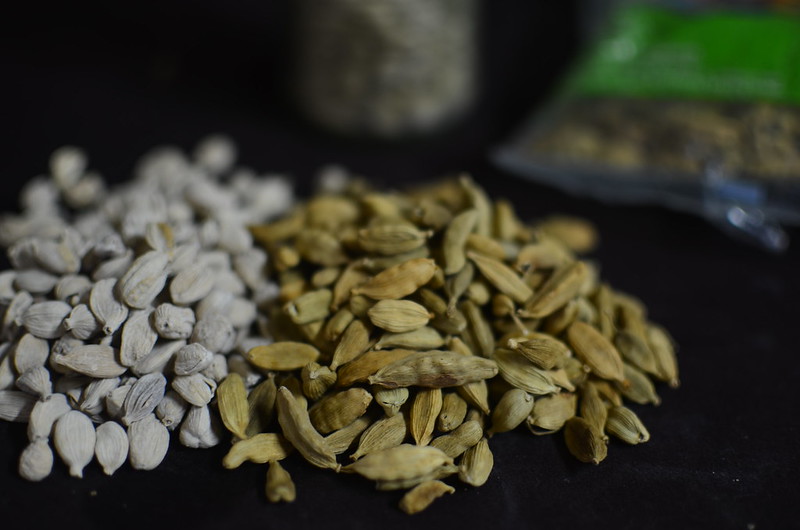 And there are more, yaji – of peanut spice and a complex blend is probably one of the most common in the kayan kanshi group. It is used in mostly savoury preparations from suya to dambu and kilishi. 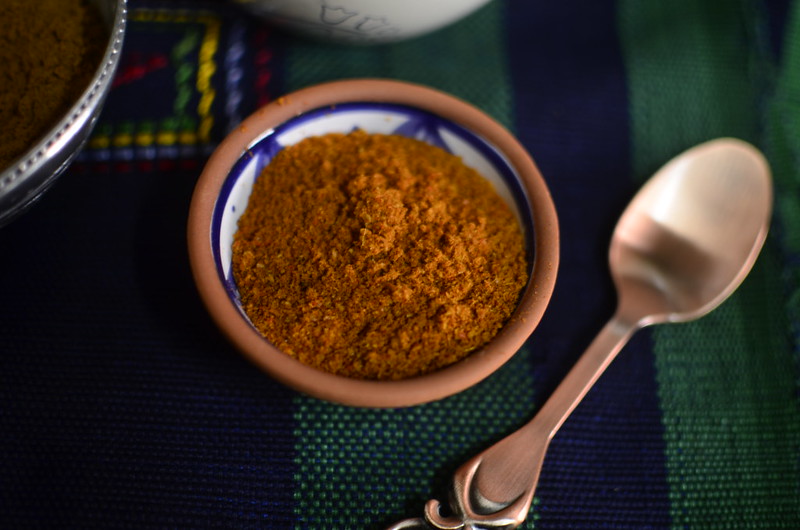 Powder, bark, sticks – cinnamon is warming with a sweet fragrance. Its tree is considered the ‘queen of spices’ as every part is useful from leaf to bark and root. 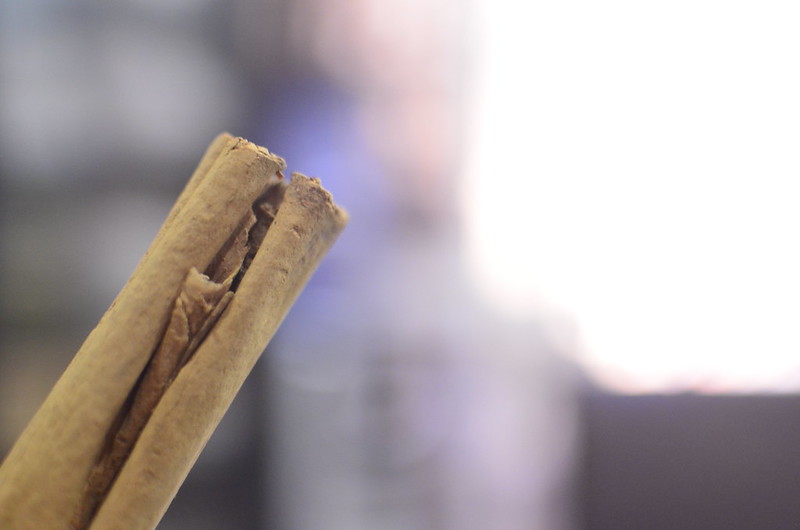 These and other good-smelling spices make kayan kanshi what it is. I love the sound of it and the description of it. Here’s to learning more about Nigerian cuisine, step by step.

Passionate about food in its entirety – cooking, eating, dreaming, writing and photographing it. ‘Traveller, by plate’, using foodways – the social, cultural and economic practices relating to the production and consumption of food to explore Nigerian cuisine & the world for ‘food is more than eating’.
You might also like
Arewa KitchenClassic Nigerian KitchenNigerian Cuisine

On Kilishi: With Tigernuts & With Peanuts

The Arewa Kitchen: Specialty Meats (or Suya Plus)