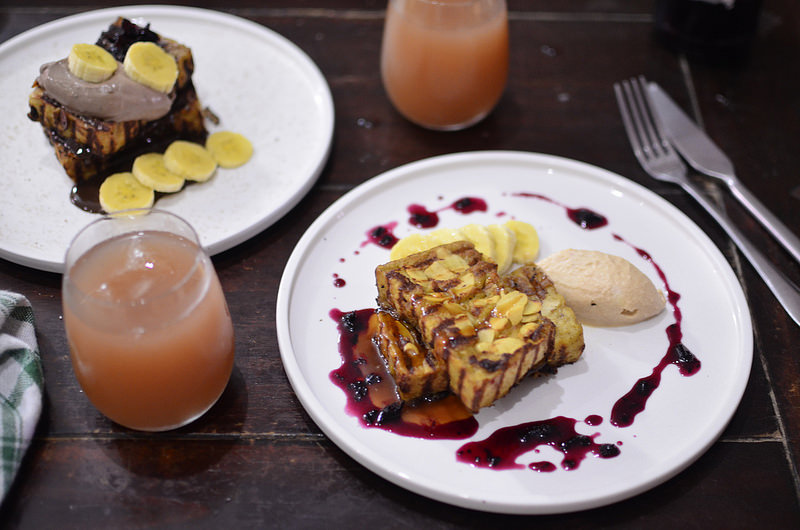 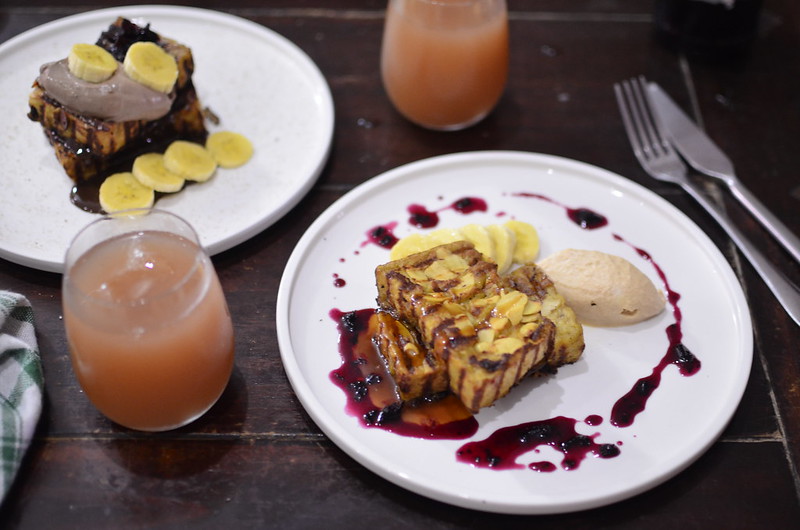 Not made with banana bread, made with a puree of ripe bananas!. I already have take 2 planned…

Read all about how to make the best ever banana bread

So one day, I had leftover bananas, a slight craving for banana bread but not the energy to go the whole baking hog so I pureed the bananas, flavoured with vanilla, ground cardamom and cinnamon powder and set myself on my merry way.

I made a puree of the bananas – no water added, just bananas in a blender and blitzed to liquid. 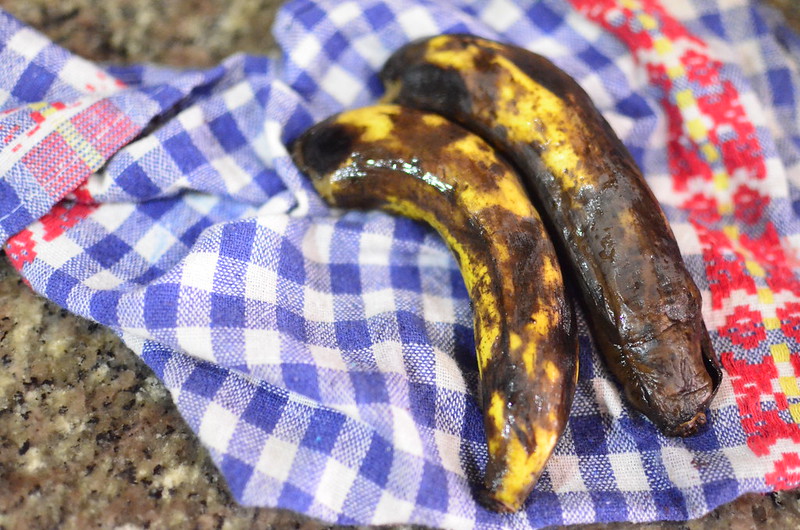 I combined the result, about 3/4 cup of puree with a splash of milk, 1 egg, spices and heated up a grill pan. 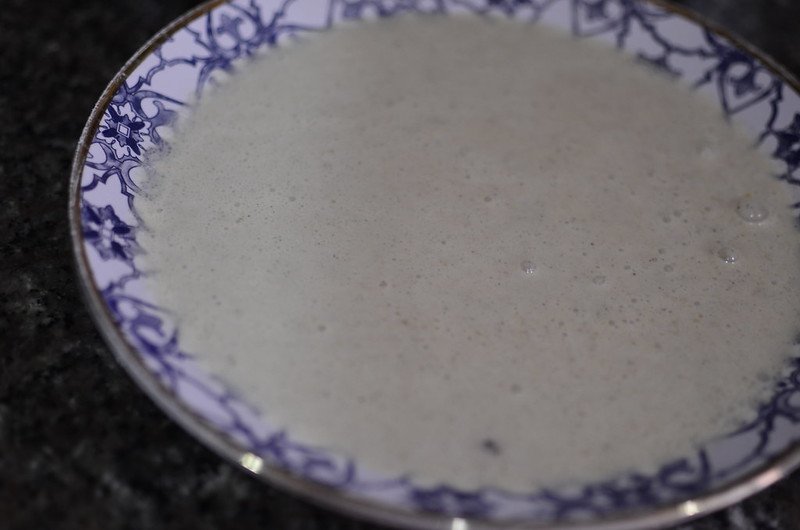 The grill pan was greased lightly with brown butter.

Read: Other ways with banana bread 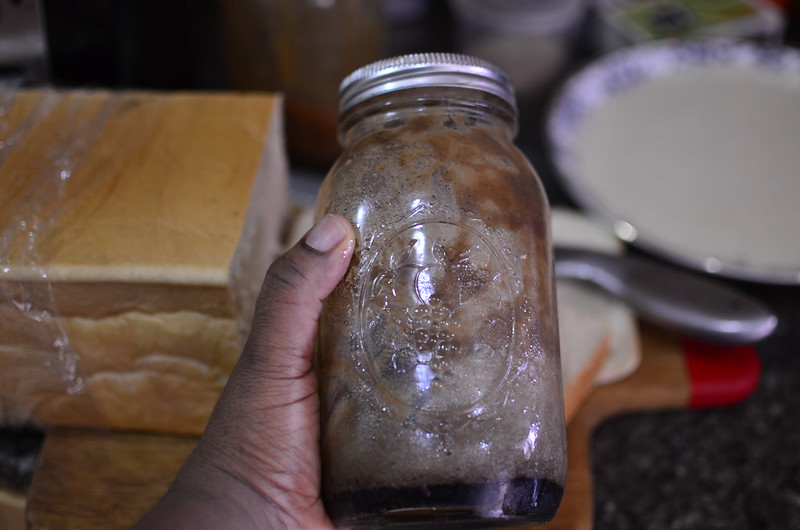 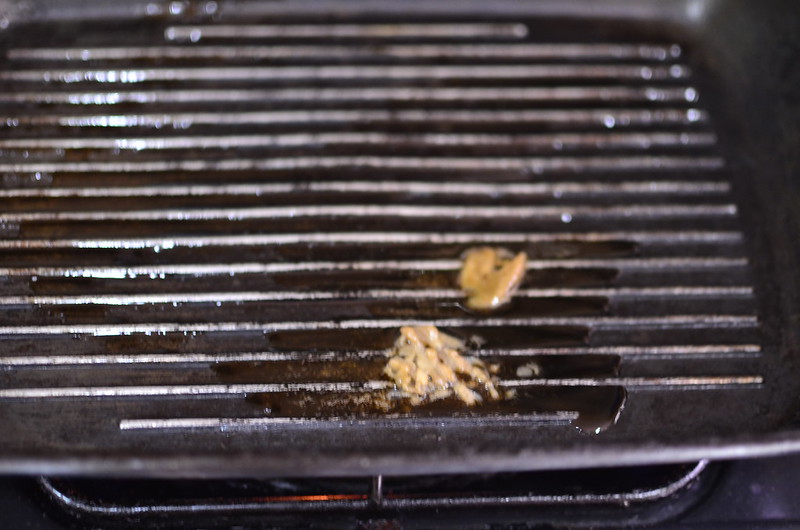 My bread – stale, crusts cut off and each slice halved for more surface area – got dipped in the banana-egg mixture and then into the pan where I sprinkled almond flakes and then cooked on every side till it was ready. 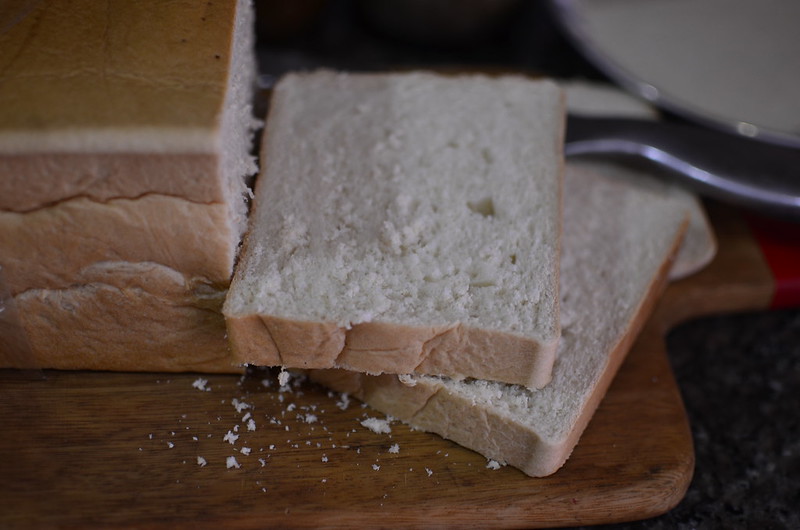 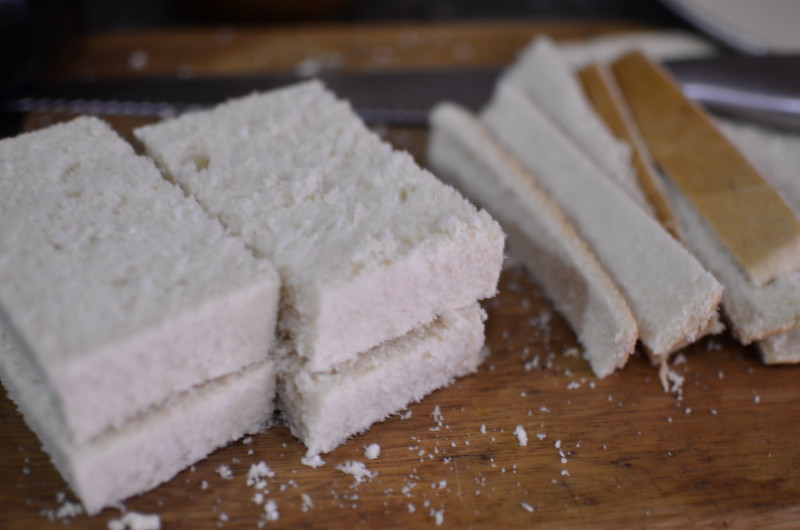 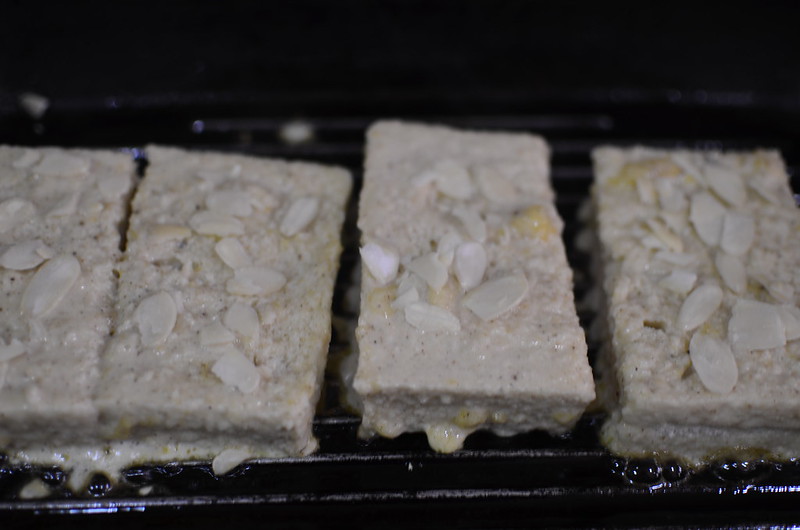 The children came in just as mine was ready and  asked me to make them some which surprised me as they aren’t crazy about banana bread but hey, I’m not complaining. 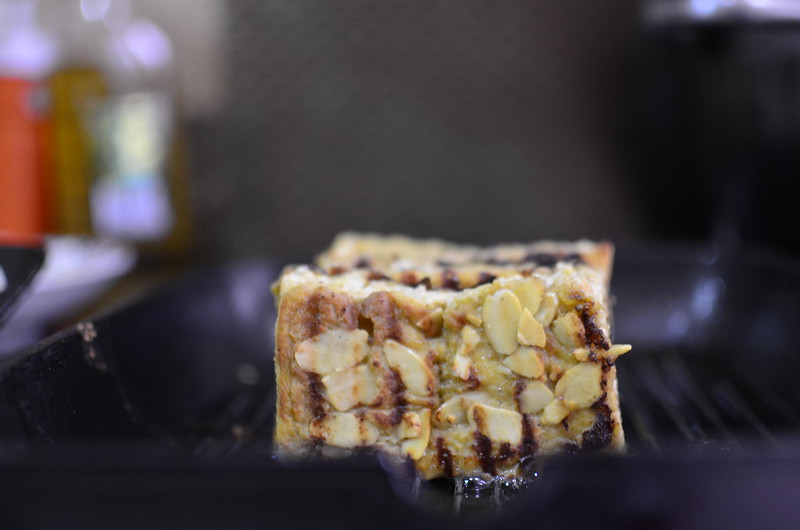 Anyways, what to do when you have bananas ripening faster than you can eat them.

I served the finished Banana French toasts with fresh bananas and a sprinkling of cinnamon powder. Some plates had chocolate mousse and chocolate sauce with a drizzle of zobo sauce.

I liked it but wanted for deeper banana flavour.

One of the daughters and I have said we will make a banana caramel, banana mousse and roast the bananas before pureeing in take 2. We shall see. 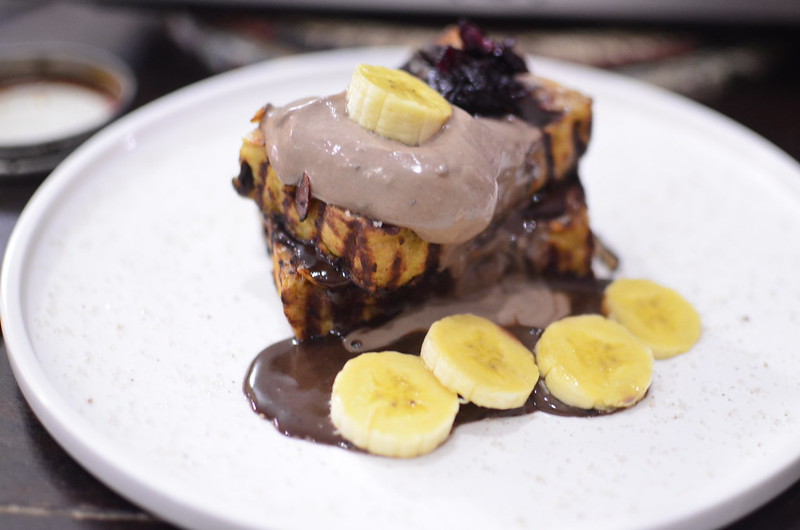