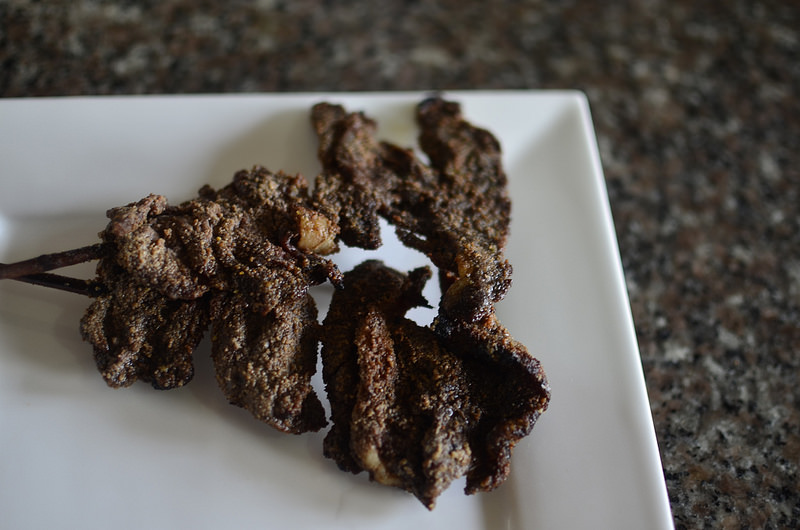 So when I was done exploring the suya at Glover court, I decided to try out the suya at the Lagos Polo Court.

And so it was that one evening, in a taxi home from work, I veered off Awolowo road, glad to be rid of the thick traffic that had built up thanks to the scarcity of petrol which had cars queuing up and spilling out of the gas stations.

We arrived at white gates, crested with crossing polo sticks. From there, I got a view of sand, grass, ‘stables’ and buildings. 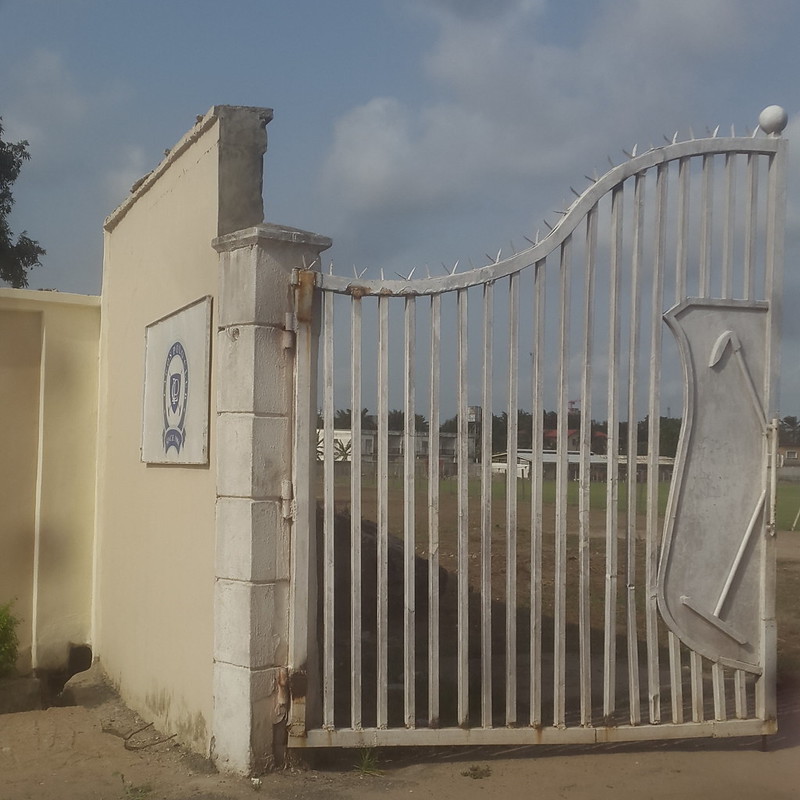 I made to enter the ‘compund’ but was kindly let down at the gate ‘Members only’.

How then did one buy suya?

Well, you had suya men at the gate who took your order and went to get it.

I ordered 10 sticks of beef and 5 sticks of Tozo, the fatty cut from the ‘hump’/ hunch back of the cow.

I told the ‘mallam’ not to cut the tomatoes and onions, to put them seperately and the same for the yaji. Which I collect J for many purposes from accompaniment for suya to roasting chicken ad vegetables, to combining with a bit of granulated sugar as a dry dip.

And off he went to do my bidding.

I was offered a seat on the inside of the compound which I declined. Afterall, if I couldn’t walk in to get suya, how come I was allowed to walk in to sit down?

{I’m very suspicious by nature… I felt this could end up with ‘we gave you chair, now find us something’}

And so I sat in the car and watched a dozen children from ‘this high’ to ‘that’, walk in a group, obviously going to some sort of class. They were all dressed alike, in blue cotton smocks and trousers. I watched some fight, the older ones calling out to the younger ones. For the 10 minutes it took for the children to walk 20 metres, I watched and smiled in rememberance of when we too, as children strolled down roads, caopied with tall trees on our way to Shell club for suya.

Shell club suya is of eternal fascination to me, because unlike the winged pieces of meat I get everywhere else, the sticks of suya have always been slim pieces with the width of small chicken gizzards, skewered lengthwise. That’s how it was when I was a child in Warri, and as an adult in Port Harcourt as recently as 2014.

Anyways, it was half an hour before my suya was ready and when the ‘mallam’ brought it, I handed over three bills.

The bags were heavy and I could get a strange whiff of ‘not-very-fresh’, at which point I should have placed the packages of suya still on sticks on the trunk of the car and opened them up to ‘check’.

But Ms Suspicious did no such thing.

As I turned to leave, the ‘mallam’ said ‘Ah madam, you no go give me money for pure water or coke? Considering all things, I gave him enough for a bottle of coke, caught between saying no and being ‘considerate’ for the distance I assumed he’d walked.

I tried a stick of Tozo and wasn’t very impressed. Maybe it’s the fact that it doesn’t have yaji on it. And so I dipped it into the sugared yaji I had in my bag from breakfast that morning when I’d enjoyed puff-puff and dambu nama. Which is the most awesome savoury combo, up there, if not on a higher plane than puff-puff and fish or puff-puff with pepper sauce.

It was okay but not as good as the one from Glover Court. Combined with the fact that I didn’t have any drinking water with me, I decided to wait till I got home.

And this is what I found, blackened bits of meat.

The black, from age (cf. rotting) and burnt.

To say I was gutted is an understatement. I could have cried.

I was ready to take them back but ‘fuel scarcity’ scuppered my plans.

Instead I went back to Glover court to get some for comparison. 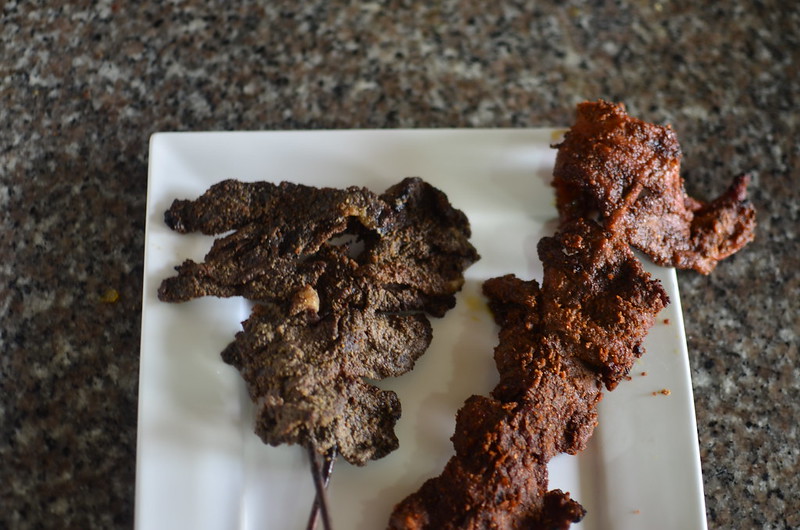 Call it naïveté but I fully expect honour and truth when dealing with people.