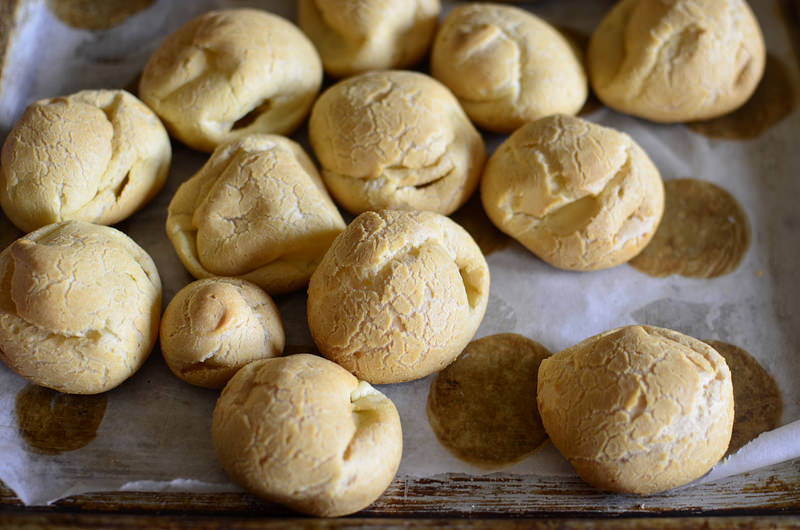 Cream Puffs are one of life’s greatest gifts. Everything about the way they are composed to how they are quaffed make them worthy of odes and sonnets. I think. And believe me, I’ve had some of the finest ones so I know what I’m saying.

Made of Choux pastry – cooked pastry, they are the stuff of which many bakes are made. Light, crisp and airy, I’ve had profiteroles in London, and soesjes in Holland, Choux buns and chouquettes on Paris streets. I’ve baked Churros, after enjoying friend versions on Barcelona’s tree-lined La Rambla.

First, let’s understand how choux pastry bakes. Choux pastry leavens by steam. The huge amount of liquid in the choux paste evaporates to steam, expanding the egg protein, causing the rise in the puffs. Choux pastry must be baked well to ensure that the interior walls are dry. Even the slightest moisture will cause the shells to collapse when they are removed from the oven; Joy, The Tart Queen

Little did I know they were ‘State Fair’ food, at least in some States of the United States.

A state fair is an annual competitive and recreational gathering of a U.S. state’s population, usually held in late summer or early fall. It is a larger version of a county fair, often including only exhibits or competitors that have won in their categories at the more-local county fairs;

State fairs began in the nineteenth century for the purpose of promoting state agriculture, through competitive exhibitions of livestock and display of farm products.

As the U.S. evolved from a predominantly agrarian to an industrial society in the twentieth century, modern state fairs have expanded to include carnival amusement rides and games, display of industrial products, automobile racing, and entertainment such as musical concerts.

Large fairs can admit more than a million visitors over the course of a week or two. The first U.S. state fair was that of New York, held in 1841 in Syracuse, and has been held annually to the present year; Wikipedia

On Food52.com, hardlikearmour shares a recipe for State Fair Cream Puffs, inspired by her memories of visiting the Wisconsin state fair as a child and having cream puffs. ‘There was always a long line for them with good reason. The crispy outside and slightly custardy inside of the puff, the billowy fresh whipped cream, and a generous dusting of confectioner’s sugar combined into an almost magical dessert. These were enormous cream puffs you could eat out of hand, slurping and licking the whipped cream as it oozed out of the shell. Ahhh, memories.’

She shares the shock of living in Oregon and discovering via a co-worker that elephant ears – fried dough were the cream puff equivalent. ‘She looked at me like I had sprouted an extra head, and said “No. They have elephant ears.” It was hard for me to accept. How could the state fair not have cream puffs?? Lucky for me the Wisconsin Baker’s Association has published the recipe.’

I made some because my daughter, J won’t let me rest about how long it’d been since she’d had them.

And Steve of Oui Chef guided me perfectly.

1. Add the flour to the mix in one go – this prevents too much gluten from forming which would result in tough chewy versus crisp bakes.

2. The buns need to be dried out once baked otherwise they quickly go soggy. To do this, once they come out of the oven and have cooled a bit, turn them over and pierce holes in the base of each one, about the same size as the nozzle for the pastry bag through which you’ll pipe the cream. This releases the steam and aids drying out. Then, allow them cool completely.

I served with an Agbalumo thickened cream and agbalumo syrup…and enjoyed a puff or three. 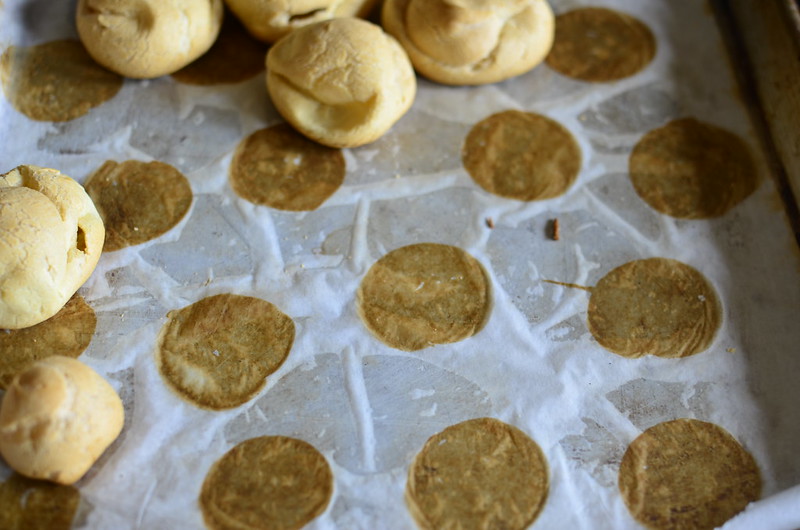 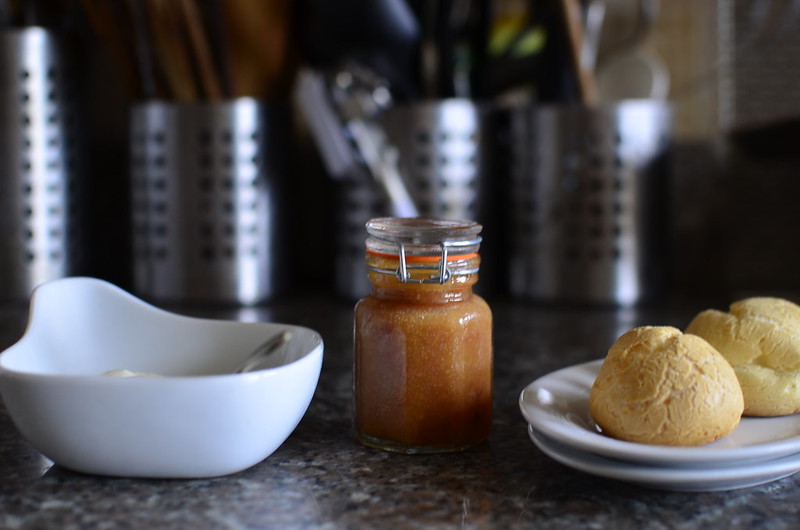 It was lovely. And messy :). And the daughter was sated. 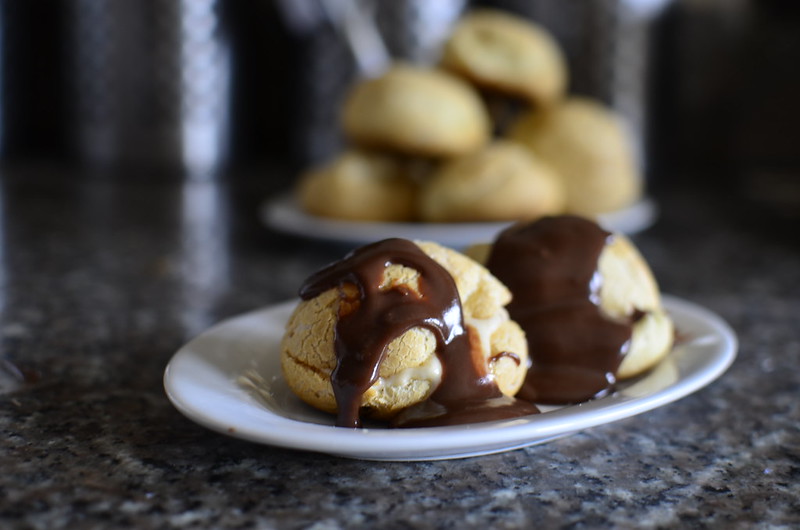