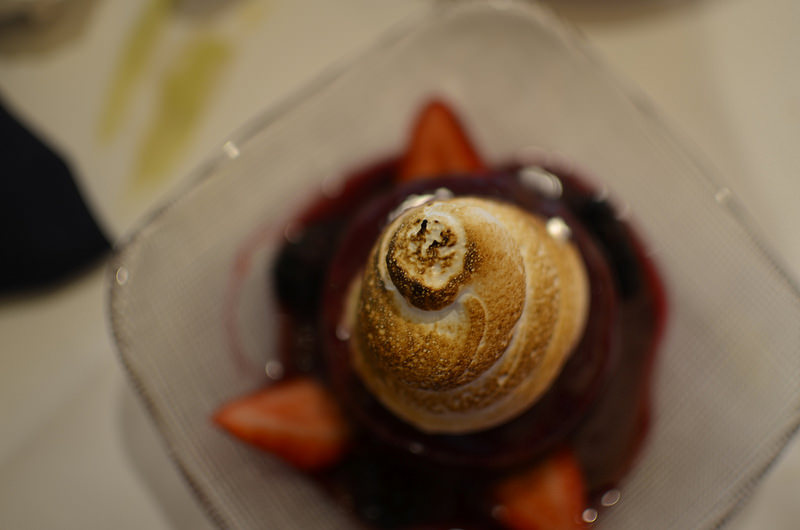 My children’s reaction when lunch was served made me realise that what most of us know as Mexican cuisine is actually Tex-Mex.

“Tex-Mex” (portmanteau of Texan and Mexican) is a term describing a cultural fusion cuisine of American cuisine and Mexican cuisine, deriving from the culinary creations of Tejanos. It has spread from border states such as Texas and those in the Southwestern United States to the rest of the country as well as Canada. Tex-Mex is most popular in the state of Texas; Wikipedia

See, they were so excited when I said we were having Mexican for lunch. ‘Tacos?’ ‘Yes’, they said. Crunching corn bits in their head, imagining chicken and salsa running down hands and sides.

But I’ll begin in the right place, and then journey with you through our lunch that Sunday.

We arrived Rosa Mexicano in good time to meet P. 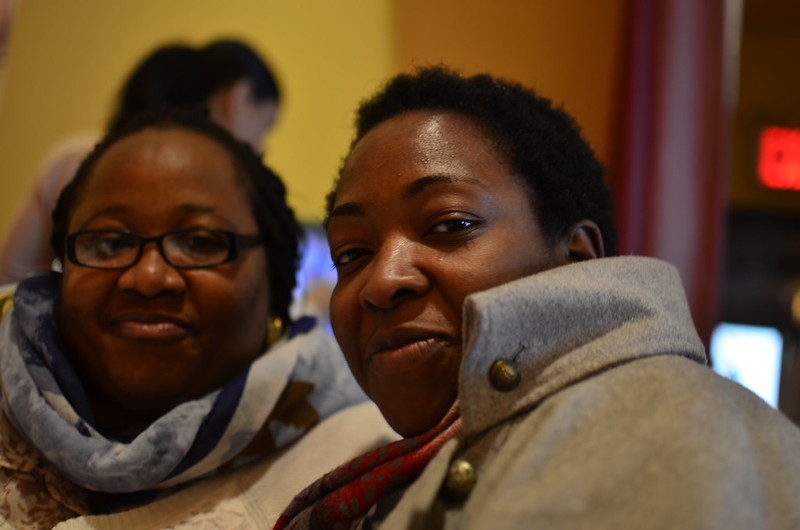 You might know by now that we had the guacamole to start, made table side.  Well. You might know we had two servings of the guac‘. 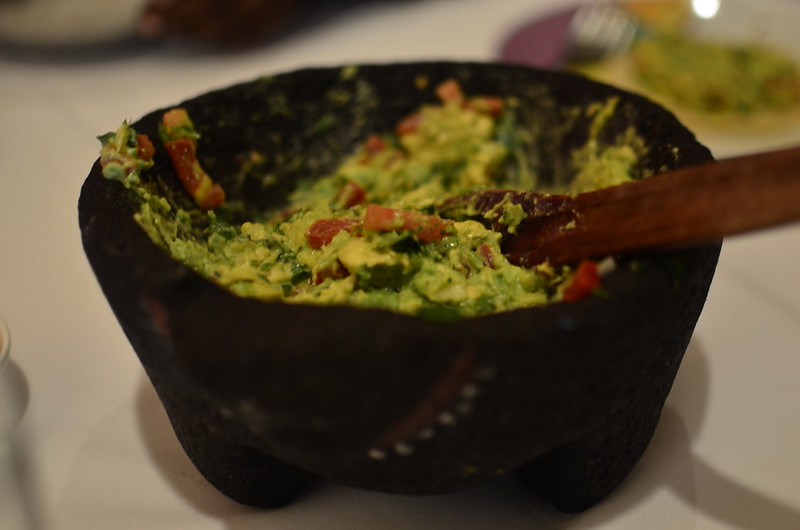 They came with soft corn tortillas and yellow corn chips and two salsas.

A green one of fresh chilies and a red one of dried chilies. The green was my fave.

Salsas in Mexican cuisine are essential to meals. Made in a variety of ways and combinations, they are often a cross between salad and sauce, and are perfect for dipping and dunking. Typically, they are green or red, based on tomatiillos or tomatoes and could be chunky or smooth. Want to make some? Here are a few ideas. And then some more.

My meal was built from the appetisers – chicken empanadas and Mexican corn. Empanadas are to Latin America what meatpies are to Nigeria. In this case though, they are typically smaller and  fried not baked.

I’ve had all sorts of empanadas – chicken, beef and queso – cheese, commonly Manchego. What’s nice about empanadas? The pastry is usually nice and crisp, the filling warm and spicy. Dipped into a sauce, awesome. These were nice but not extraordinary. 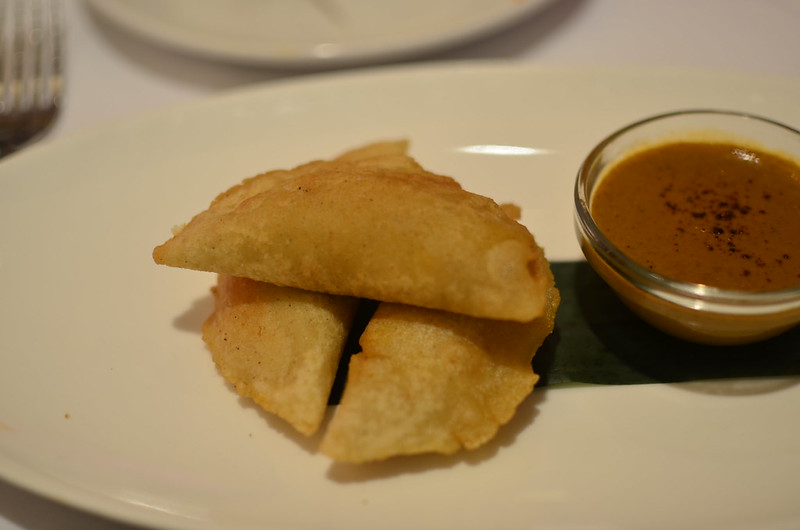 What I absolutely loved was the Elotes – juicy, boiled and buttered corn rolled in a queso fresco (fresh cheese) sauce and topped with paprika/cayenne.

The combination of flavours and textures is totally yum. I could eat platters of this with ease. And as it is corn season in Nigeria, I very well may…with some adjustments.

When I was done eating the corn, I sucked on the cob a bit. Am I the only one who does this? 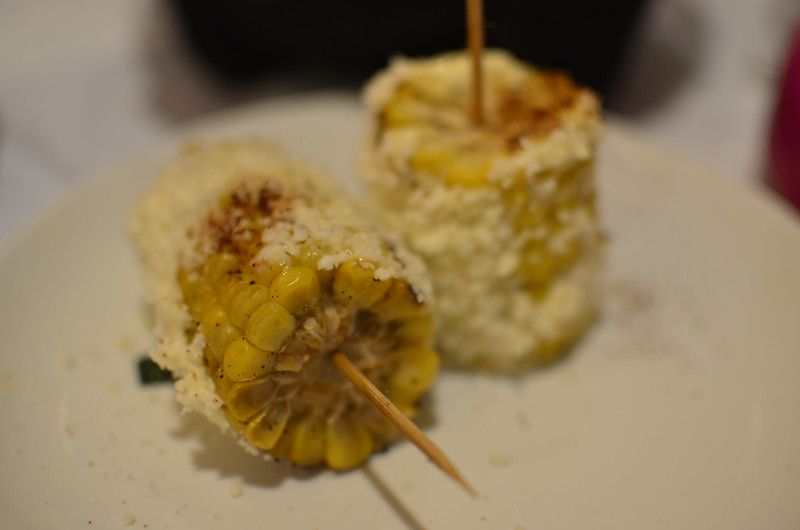 P had quesadillas – the Mexican equivalent of a melted cheese sandwich. Except instead of bread, one has tortillas.

The choice of quesadilla filling is endless from vegetables to meat. And cheese. The finished plate sports thin wedges  (can you call them wedges if they aren’t wedged but are ‘mere’ triangles?  I say mere but not in a blasé manner for these are nice. 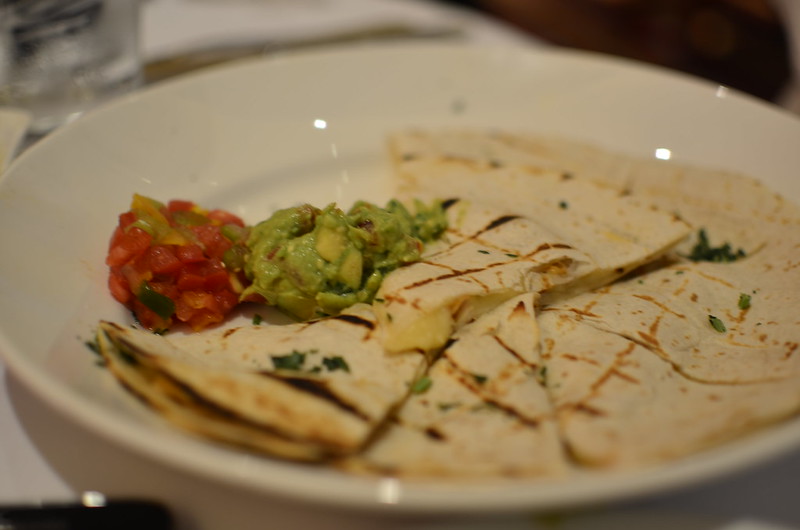 I turn to the plates of my soldiers heaped with orange sweet potato fries, soft chicken Tacos and salads. On their faces? Disappointment. Disappointment was the pale off white colour of soft corn tortillas where excitement would have been same but crisper. Crunchier. Sigh. 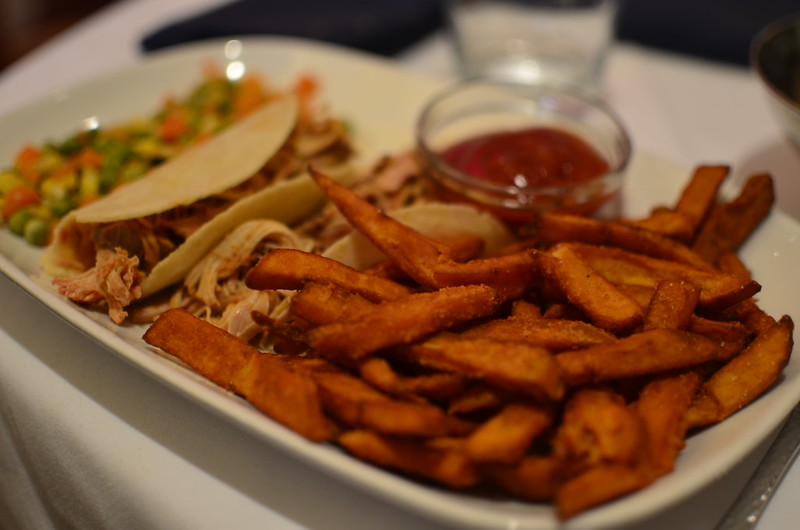 They didn’t like them much even though they love tortillas. I guess they had built the expectation – for the hard shelled Tacos, so high they struggled to come down to earth.

P and I had two desserts…just so we could explore.

A cajeta icecream…where cajeta is a caramel like syrup made from goat’s milk.

A sort of dulce de leche but from funky goat’s milk. A kind of French salted caramel. Still a kind of yum, inspite of the peculiar flavour. 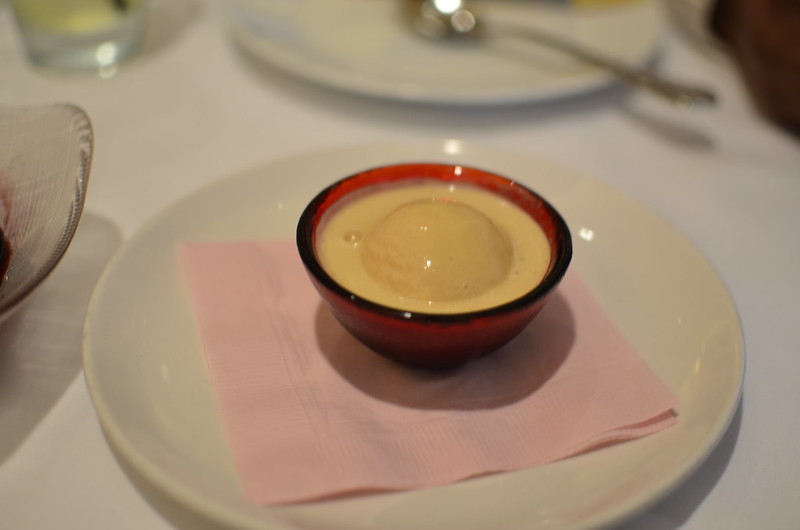 and a Tres Leches cake covered in a hibiscus (zobo people) – berry glaze and a toasted soft meringue. 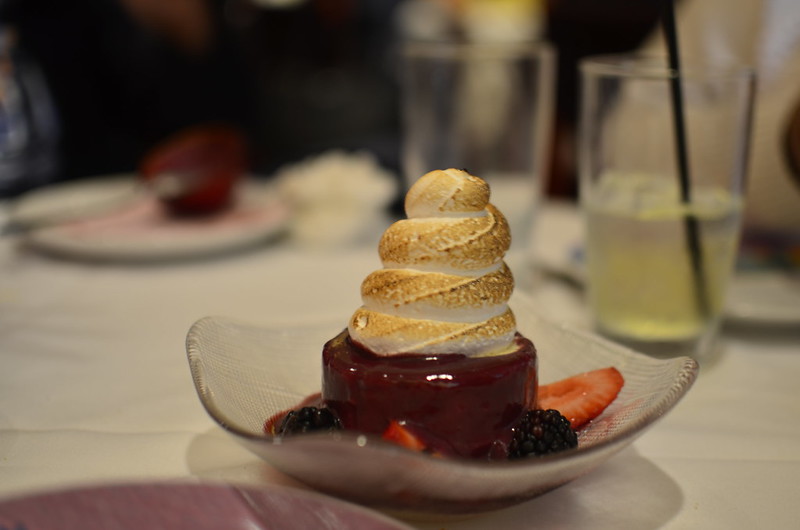 Doesn’t it look tres magnifique? Even though it wasn’t as nice as I remembered, it was pretty awesome. Who would have thought pound cake soaked in milk, any milk not to mention three kinds would be nice but this was the cake that convinced me 2 years ago to fall in love with Tres Leches. And I’ve made quite a few to stunning reviews.

We didn’t get the frozen Magaritas to drink – children in care, et al and they didn’t have the tamarind soda I really wanted. 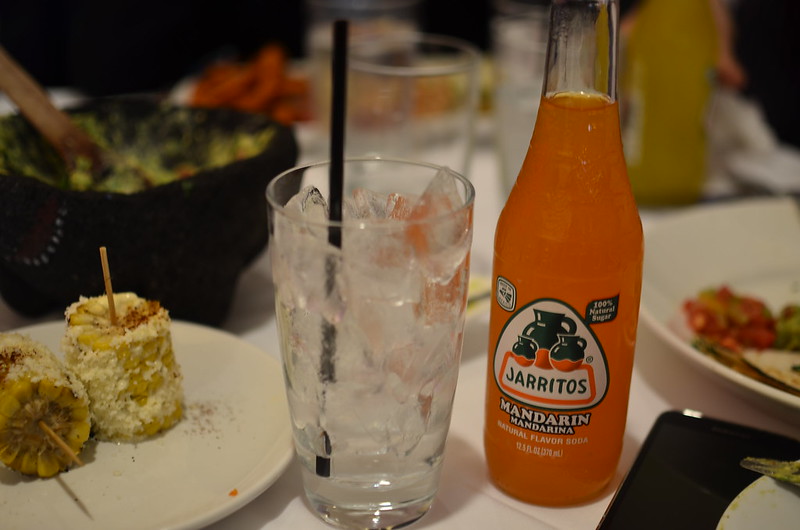 We settled for Mandarin and Pineapple sodas which were okay. Nothing to write anywhere about. Not home, not school. 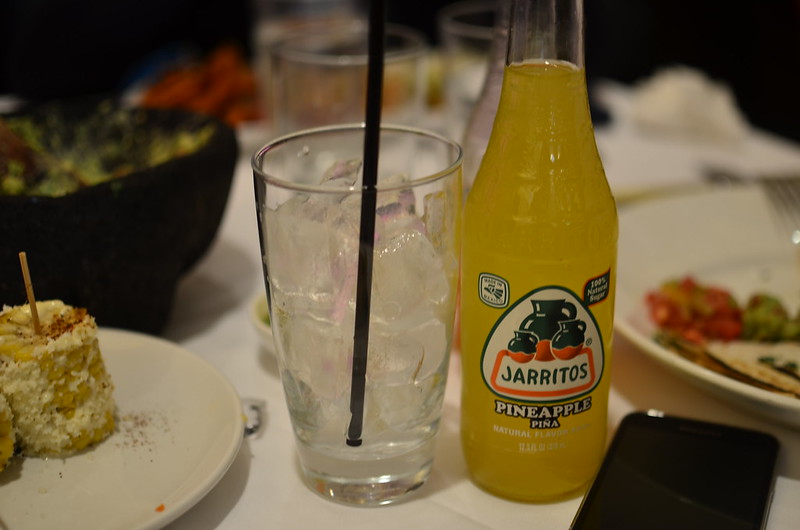 It was a very lovely lunch.

Thank you P for the love and food. We enjoyed every minute of it.

I find it fascinating to benchmark what I have in my head about a cuisine versus what it actually is. Reminds me of that time when I thought all of Indian cuisine was characterised by that of Northern India. Sigh.

Anyhoo, fancy dining out at Rosa Mexicano? Well, we tried the Lincoln centre branch. Loved it.