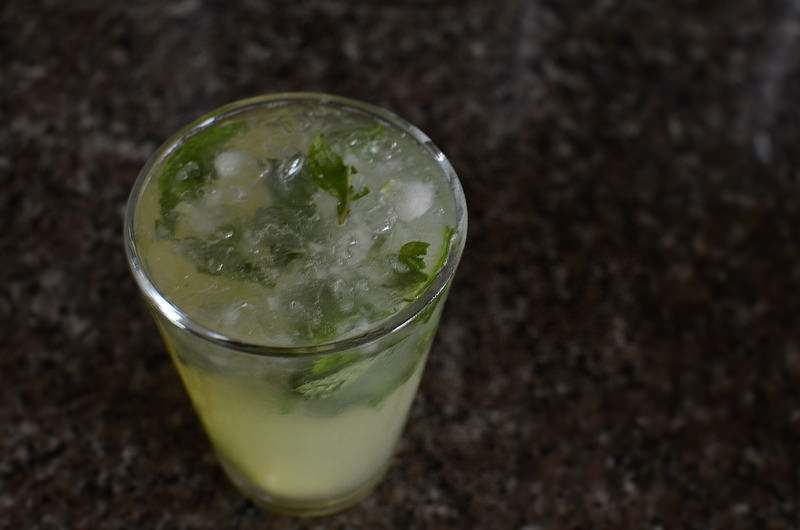 My first Mojito was drunk in a dimly lit room with walls I imagine red and a carpet thick. I think. To be honest, I have no idea what the colours were. I only imagine that being an Indian restaurant, thick with the scents of tempered spices – mustard and cardamom, hot ginger and garlic – those colours were it. With gold and green.

We sat on low stools – a square table set before us as we ordered small plates – chicken in a golden sauce, courgettes – maybe battered and fried, and a lots of yogurt dips and sauces, served with cilantro. My memory is dimmer too of what we nibbled on as new friendships blossomed.

‘Rayo ordered a Mojito and I followed suit, pleading with the waiter to have mine done with more sweet than rum. I knew my head would not take it.

The glass that reached my table wore beads of cold, full of a drink that was sweet and ice and a heady mix of mint and lime – two of my favourite things.

A  year and a bit on, the memory has stayed. This time though, I’ve worked on my own version with good enough results. The elements here too are some of my favourites. 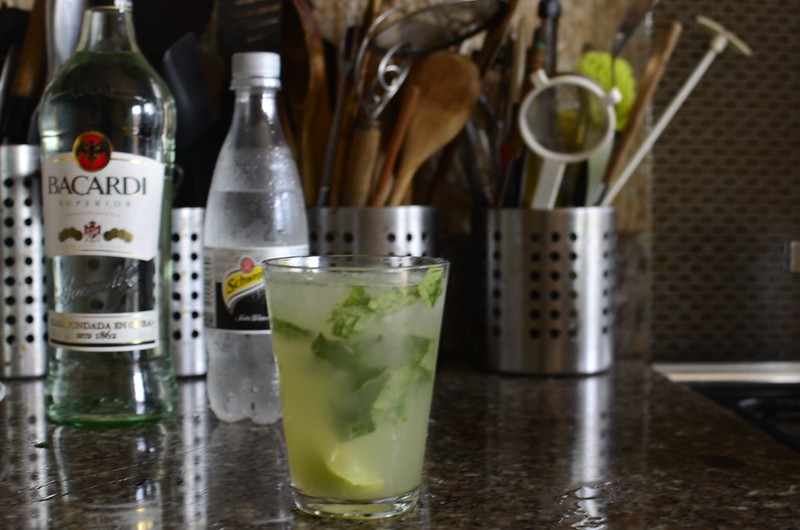 Adores cocktails? Not so much but…open to exploring ingredients and new recipes.

When my friend Deepa of Paticheri shared that sugarcane juice was used for the first Mojitos, I was in shock. And not at all surprised when I sat back to think, afterall Mojitos are based on rum. White rum to be specific.

And what is rum but a distillate from sugarcane? Rum. From times of slavery, from sugar plantations in South America, from the blood, sweat and tears of those torn from homelands far.

For my version, I hunted down some fine rum, juiced some sugarcane, tore up scent leaves, pounded lime quarters and assembled a drink that was nice. Did I mention crushed ice, found a stool to sit and sip? 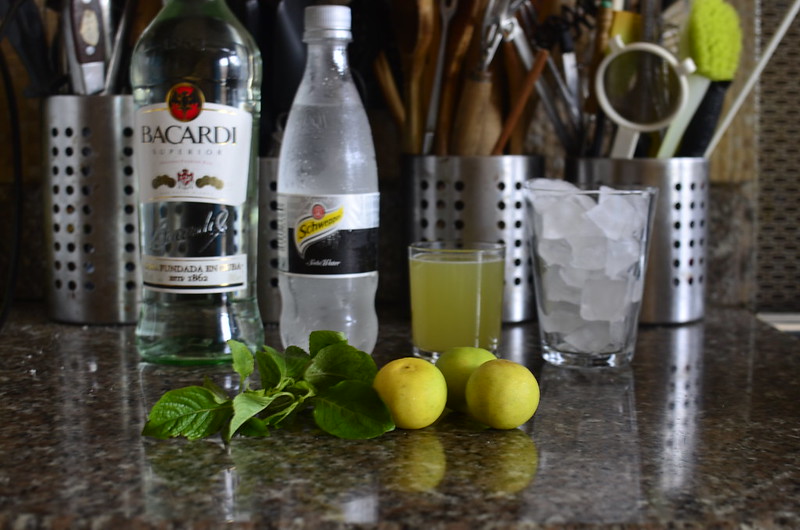 I began with torn and rubbed scent leaves. 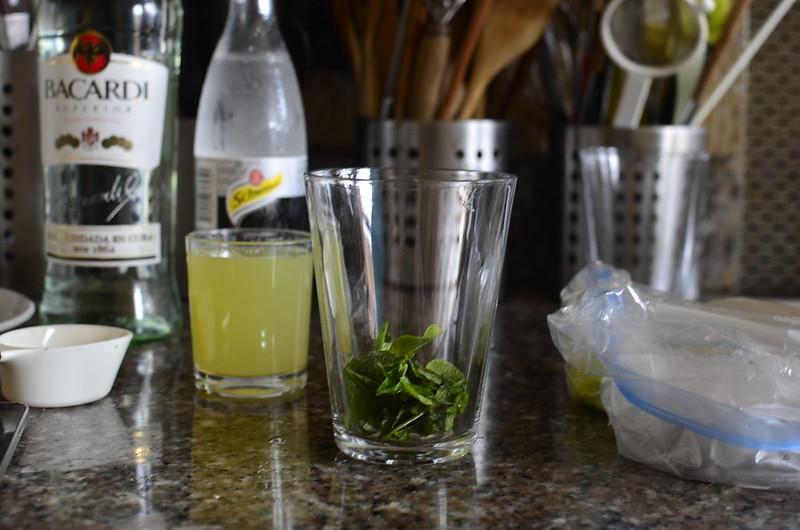 Step 2? Sugarcane juice. About half a cup. 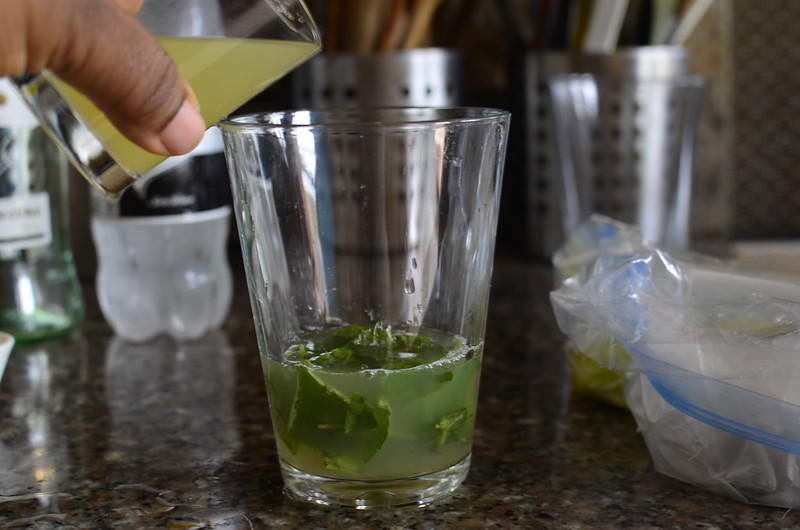 A tablespoon of lime juice; 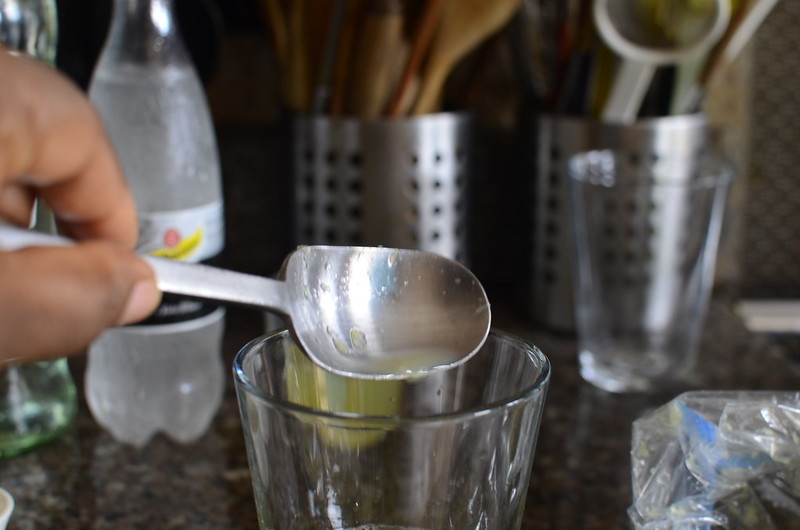 Followed by a dash…and I mean just a dash of rum. 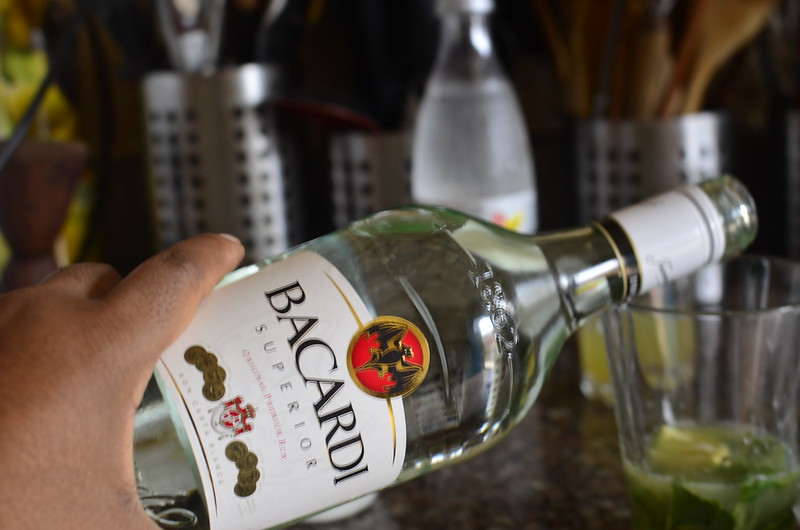 Then a splash of soda water, then a stir/ taste/ check for balance. And then crushed ice to finish. 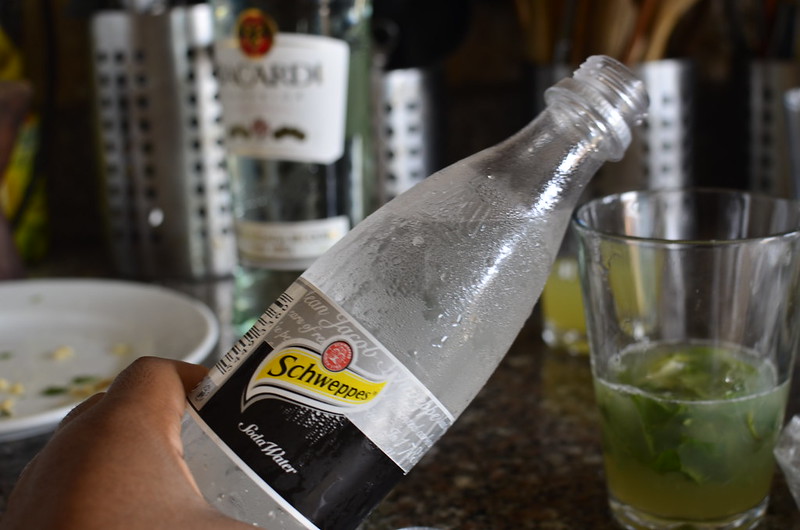 And taste. Nice but not sweet enough for me. And so I added the rest of the sugar cane juice and enjoyed my drink. 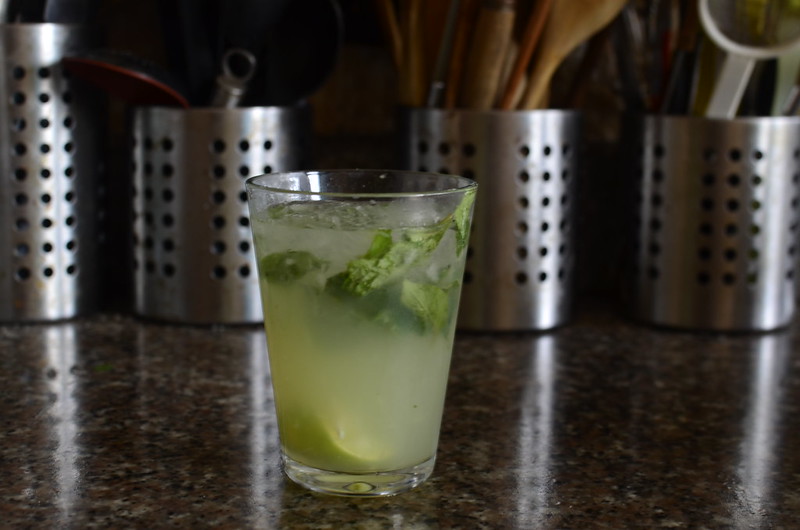 The flavour of the scent leaves is gentle but present. The lime juice brings that citrus fragrance and acidity, balanced out nicely by the sweet of the sugarcane.

Next time, I would make the sugarcane into a syrup – concentrate its sweetness a bit.