In Season via Road Trips 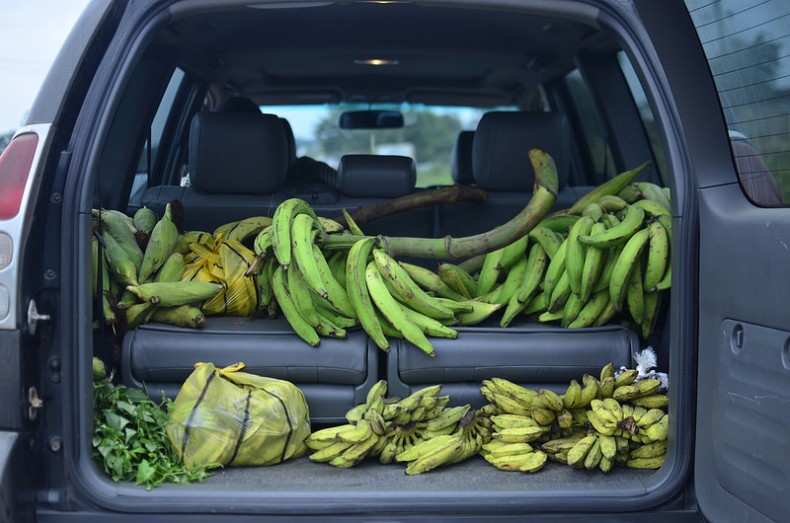 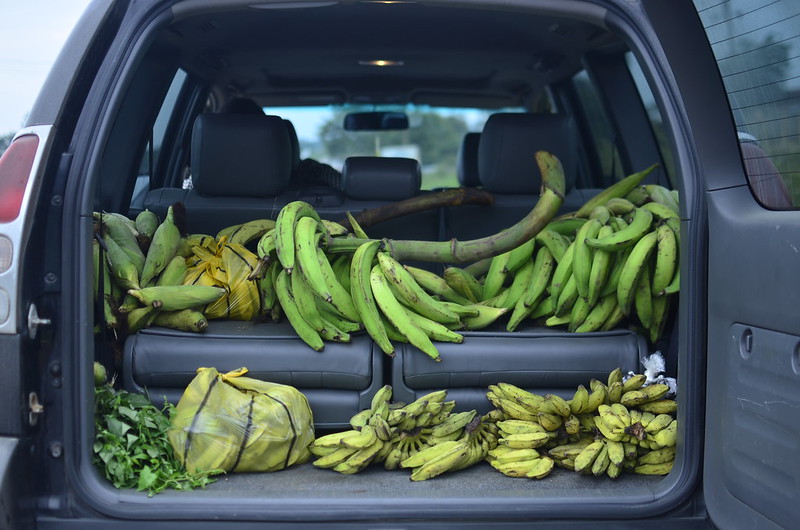 I can’t count how many times  I’ve been on the receiving end of a parent’s travels. How we’ve heard honking horns and have welcomed them back with some measure of joy, thanking them ever so kindly for not ruining Saturday night fever by returning halfway through the weekend and grateful that Sunday has seen them return and none too early.

I’ve lugged bunches of plantains, yams, pineapple and bags of oranges, snails, corn and whatever else was plentiful on expressways from boots and trunks in such quantities, you marveled. If you were older, you might have wondered how he, mostly he – Daddy, was able to see out his back windscreen.

His return, mostly his would be felt for days on end – work lines up with peeling and cleaning and putting away. When Momsie went away, she often returned with garri and groundnuts, and kpokpogari. Nothing too much to induce fear of the work ahead. But not Popsie.

A few weeks ago, we – les enfants, les amis et moi – hopped into the car and drove to Abeokuta to see Olumo Rock and the cataline island map. There’s a lot to be said about the rock, the rebellion of pre-teens and the fruits and vegetables iin season.

You know cucumbers are in abundance. And yes, I got some. 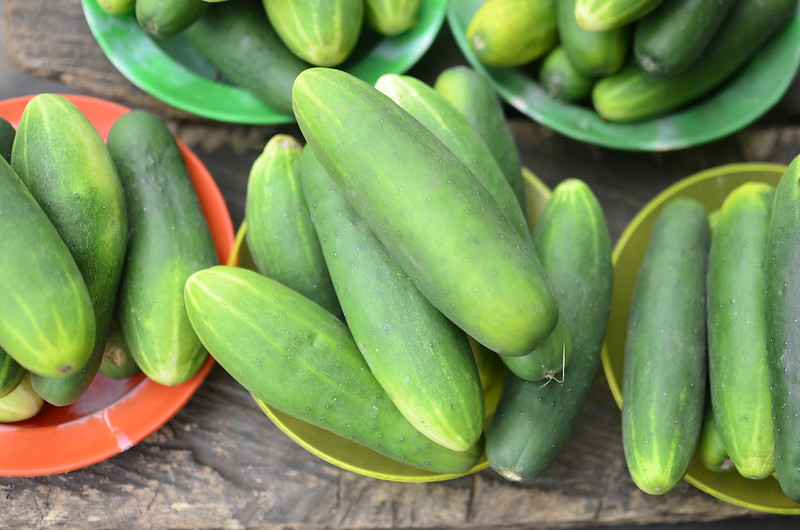 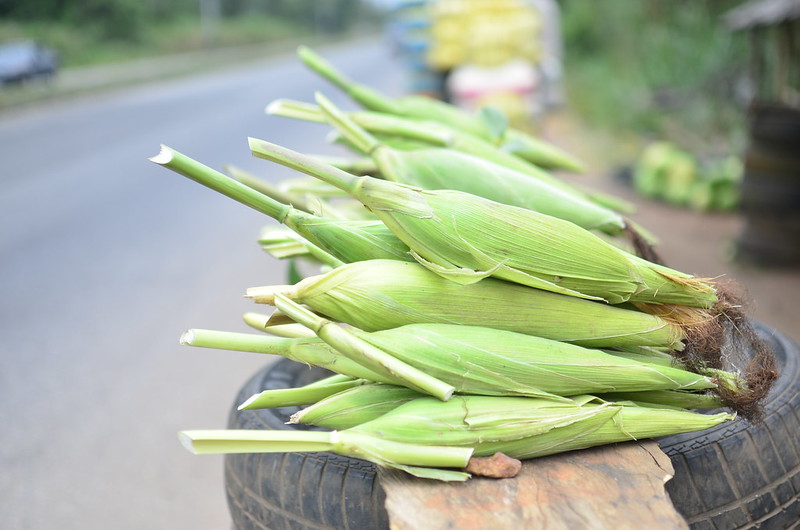 There were pineapples, perfect for drinks and smoothies. We used the flesh and I saved the skins for later. 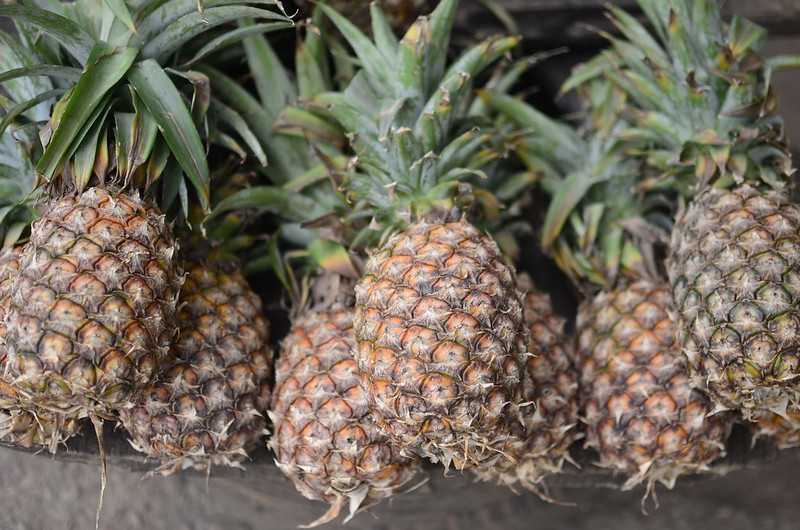 And oranges. I didn’t get any. I don’t know why. 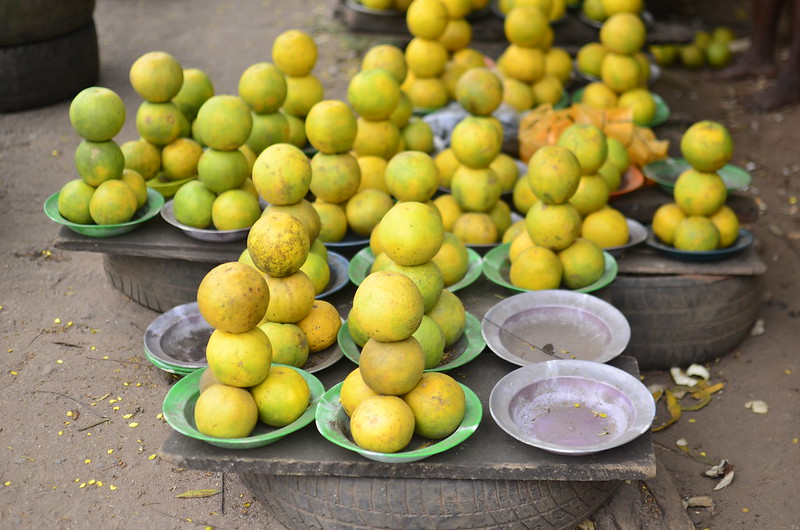 I got watermelons that looked great but were quite dull-flavoured and pink. I must confess disappointment. The children though didn’t notice – I made them juice with a bit of fresh ginger and met none left. They loveeeeeeeed it. Perhaps it is I, only I with the sweet tooth. 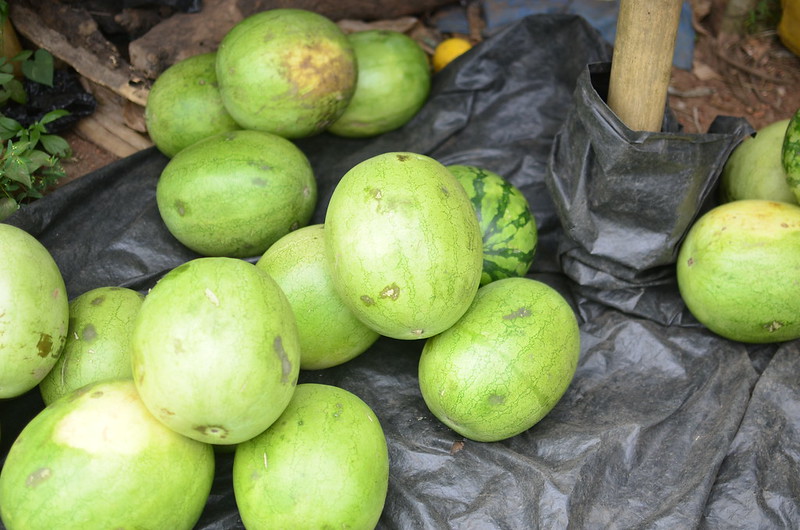 And then a few days later, I headed to Ilesha. The roads were green – with corn again and plantains. 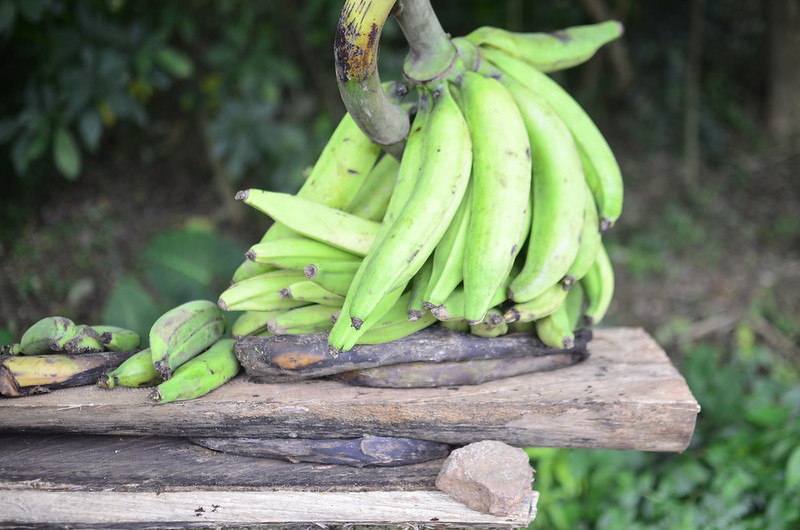 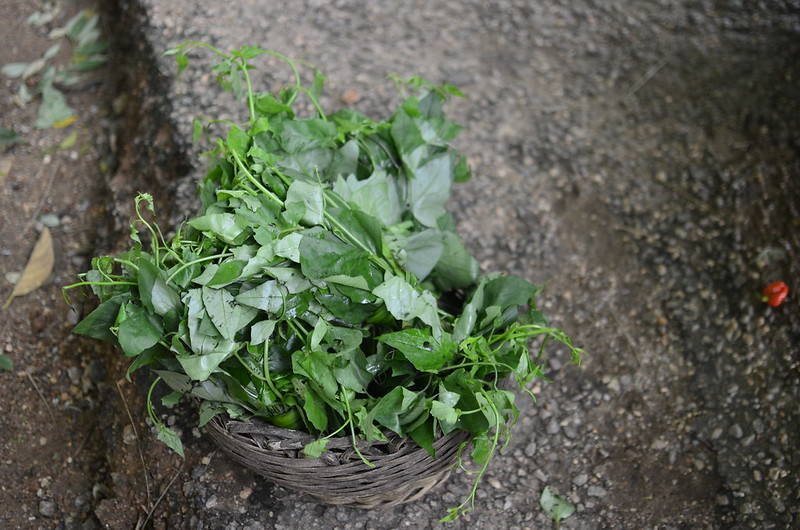 Hmmm. So I ‘priced’, bargained for what I thought was a bunch of bananas. I weighted my maximum offering a bit less than I would pay in Lagos – this was after all a ‘village’ market. Shortly after, the lady agreed and proceeded to ‘pack’ up my bunch.

She took out the one I’d selected and began digging into a bucket – at which time I protested, ‘no be that one I want o’ but she didn’t understand me. 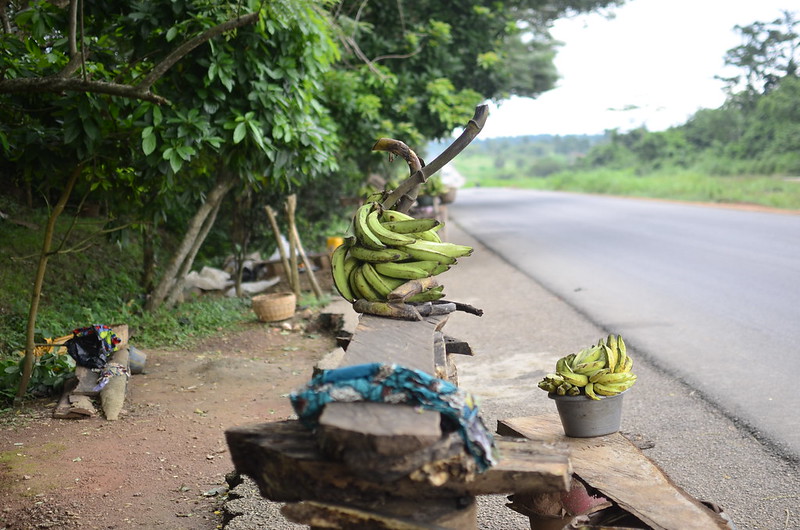 And yes, there too was plenty red with fresh tomatoes and chilies. Did I mention the bags of Egusi – prized for being hand peeled were also available at a few stops? 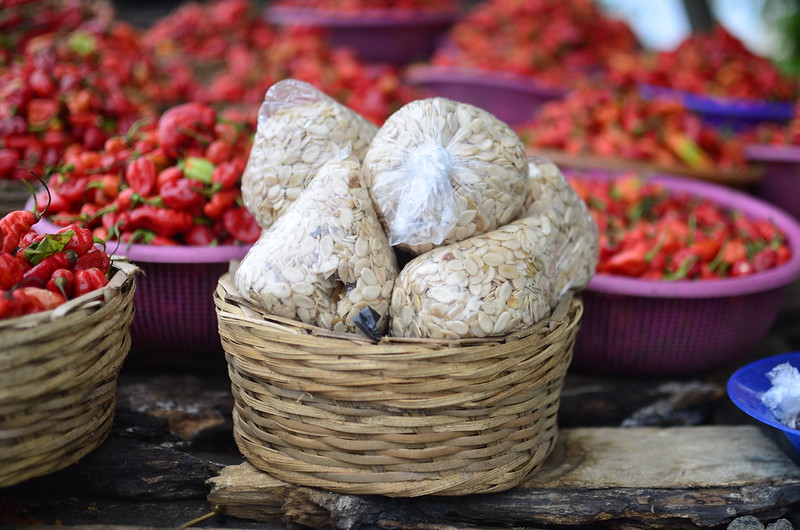 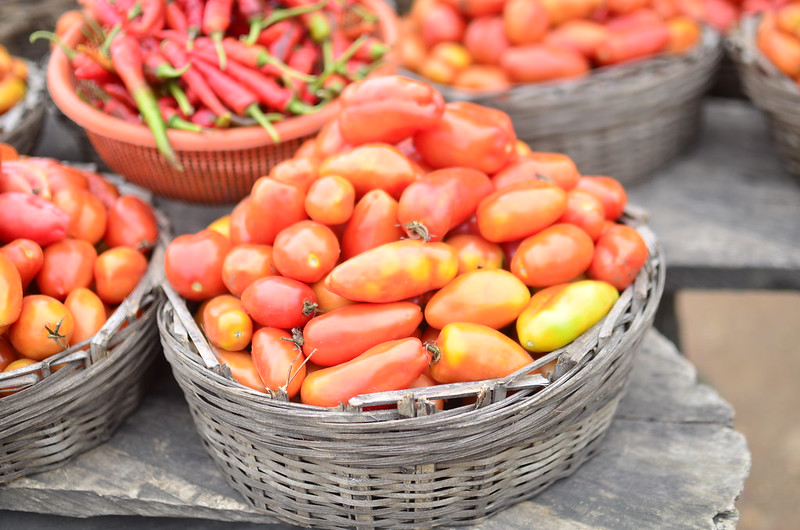 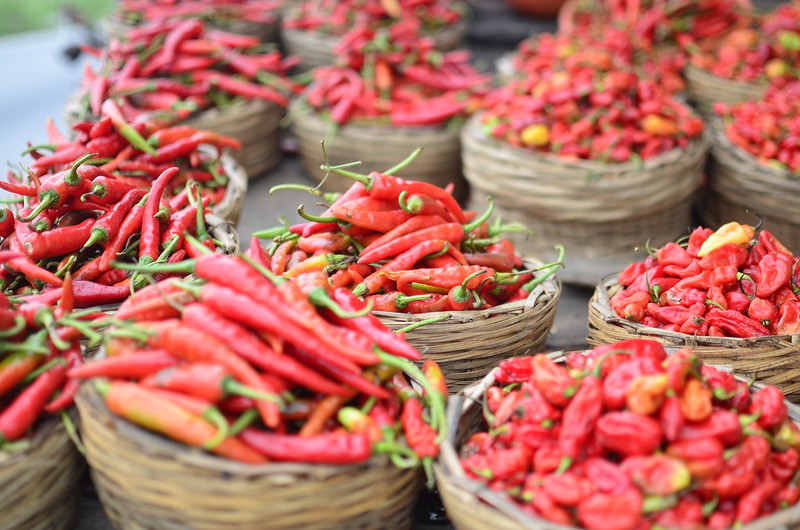 So yes, a short summary of what’s in season, as seen on the western highways of Nigeria.

What’s in season where you are?

Passionate about food in its entirety – cooking, eating, dreaming, writing and photographing it. ‘Traveller, by plate’, using foodways – the social, cultural and economic practices relating to the production and consumption of food to explore Nigerian cuisine & the world for ‘food is more than eating’.
You might also like
in seasonNigerian fruits & vegetables in seasonNigerian CuisineTravel & Exploration