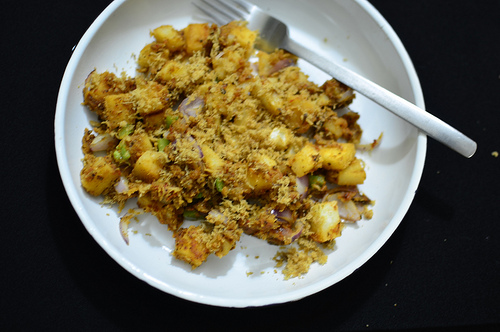 This has to be one of my greatest discoveries of 2014 – that frying boiled yam, cut up in little chunks is an adventure in textures.

A couple of months ago, my children wanted fried yam but what we had was boiled. So I lightly greased a pan, seasoned the yam and fried away.

The results? Golden nuggets of goodness – crisp and crunchy on the outside and soft on the inside. 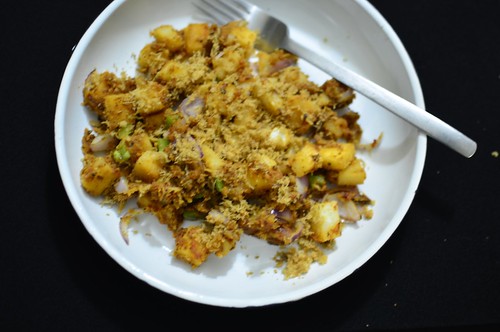 I proceeded to make a hash which I repeat here…for your sake.

Hash is a dish consisting of diced or chopped meat,potatoes, and spices that are mixed together and then cooked either alone or with other ingredients such as onions.

The name is derived from the French verb hacher (to chop).

In many locations, hash is served primarily as a breakfast food on restaurant menus and as home cuisine, often served with eggs and toast (or biscuits), and occasionally fried potatoes (hash browns, home fries, etc.). The dish may also use corned beef or roast beef.

Hash has recently made a comeback as more than just a dish for leftovers or breakfasts of last resort.

Begin by dicing left-over boiled yam into centimetre-sized pieces. You’ll also need chopped vegetables of your choice and some stew (a couple of tablespoons). 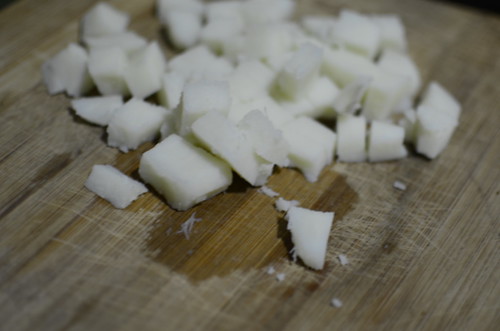 Heat up a pan – I used a non-stick one, lightly grease it and add yam pieces when hot. 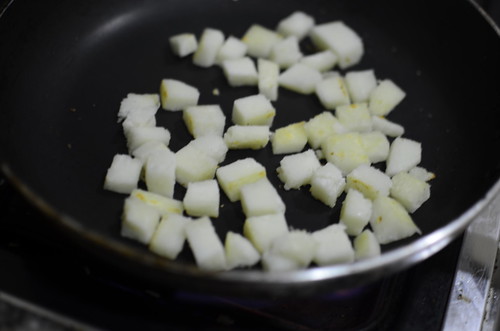 It is important to let the pieces develop some colour – an indication of the ‘crisping/ crunching’ up process. 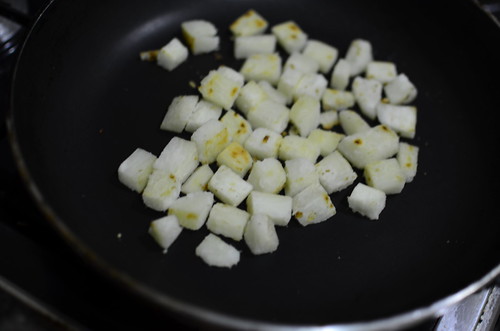 Once browned to your liking, add the vegetables and cook for a minute or two. 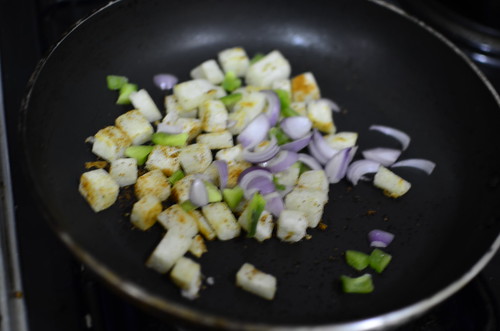 Follow this with the stew, Dambu Kazaa and a splash of water. 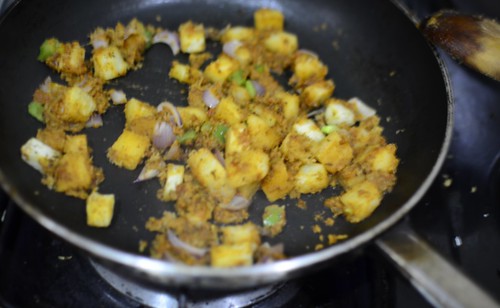 Remove for the heat,.. 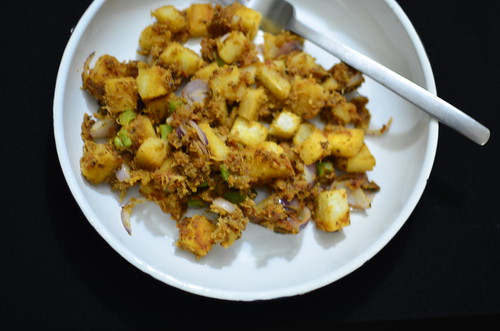 …top with some more Kazaa and tuck in.

We love this so so much – a very easy breakfast / brunch dish.