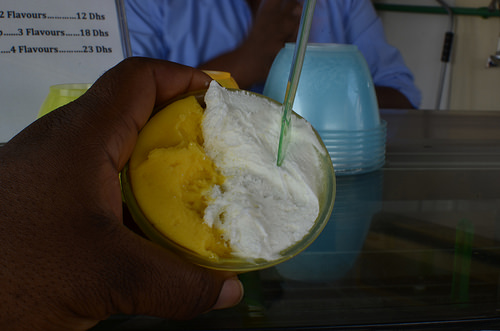 So yes, I was brave enough to try camel milk gelato. In Dubai.

The first camels I saw in Dubai were on the beach, backs covered in 2, 3 blankets, led by a ‘shepherd’ who was riding one and pulling the other.

Strange, I thought – camels for horses on Dubai’s beaches. But of course it made sense – camels, desert, Dubai.

We – the children and I, had been talking about visiting the camel market in Al Ain. The girls weren’t keen…This was followed by the beach sighting, and capped with a taste of camel milk gelato.

Camel’s milk is about two per cent fat, compared to four per cent in cow’s milk, is lower in cholesterol and has five times as much Vitamin C.

Studies in India showed it also contains high levels of insulin and helped sufferers of Type 2 diabetes by reducing their reliance on injections.

However, it is watery compared to cow’s milk and is said to taste salty; The Telegraph.

We had barely alighted the abra on the Deira side of Dubai when we came upon this stall advertising ‘The First Ever Camel Milk Gelato’. 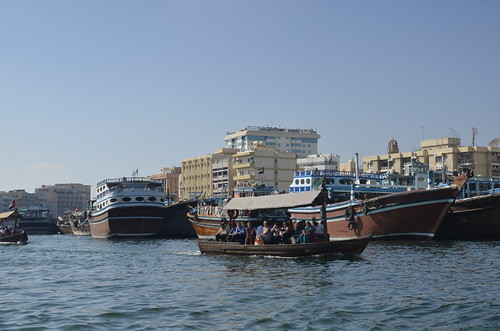 Gelato (Italian pronunciation: [dʒeˈlaːto]; plural: gelati) is the Italian word for ice cream, derived from the Latin word “gelātus” (meaning frozen). In American English this word commonly refers to varieties of ice cream made in a traditional Italian style. Gelato is made with milk, cream, various sugars, and flavoring such as fresh fruit and nut purees. It is generally lower in calories, fat and sugar than ice cream

I wasn’t passing this up – the chance to try the first ever camel milk gelato? I even passed up the opportunity to try the saffron gelato – I would reserve all my saffron love for tea (next post) at the International Centre for Culinary Arts (ICCA), Dubai. 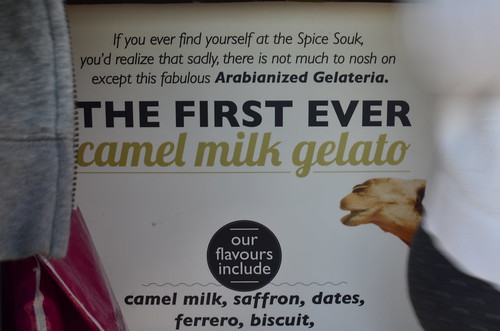 The children were so freaked out…till they realised only one flavour was of camel’s milk – they thought all the offerings were of camel milk.

Compared to today’s American-style ice cream…, gelato has less fat in the base and less air churned into it during the freezing process. American ice creams are heavy on the cream, and have a fat content, by American labeling law, of at least 10% (considerably higher in most homemade and many premium versions). Gelato, by comparison, uses more milk than cream, so it doesn’t have nearly as much fat. Additionally, it usually—but not always—uses fewer (to the point of none) egg yolks, another source of fat in custard-based ice creams.

American-style ice creams are churned fast and hard to whip in plenty of air (called overrun), which is aided by the high proportion of cream in the base. The most high-end ice creams have an overrun of 25% or so, which means they’ve increased in volume by 25%; cheaper commercial versions can run from 50% to over 90%, which gives them a light, thin, fast-melting texture that isn’t very flavorful (those bites are a quarter to a half air!). Gelato is churned at a much slower speed, which introduces less air into the base—think whipping cream by hand instead of with a stand mixer. That’s why it tastes more dense than ice cream—it is; Serious Eats 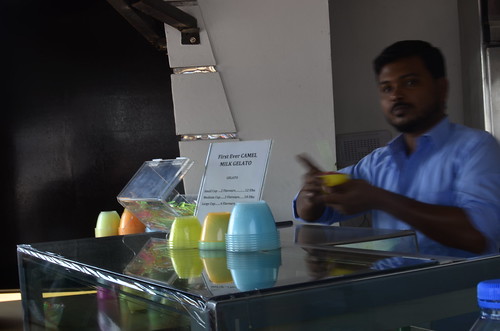 Of course, brave me, I had to try it and quite frankly, it didn’t have the intense, peculiar taste I expected. I mean, if you’ve ever had goat’s milk or cheese, this is tame offering.

I ended up thinking ‘slightly salty, cow’s milk’ without the pungency of goat’s milk – I quite liked it. 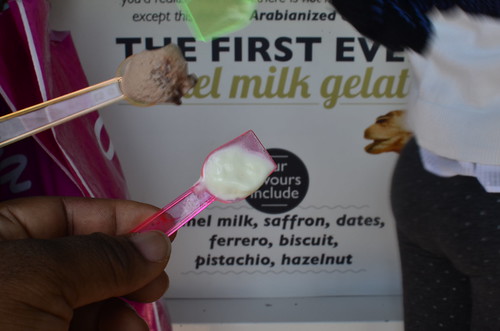 Altogether, I really liked it and truth be told, if I happen upon a place selling camel milk – cold camel milk, I’ll give it a go.

Apparently, my neighbourhood supermarket should be able to sort me out. We’ll see…