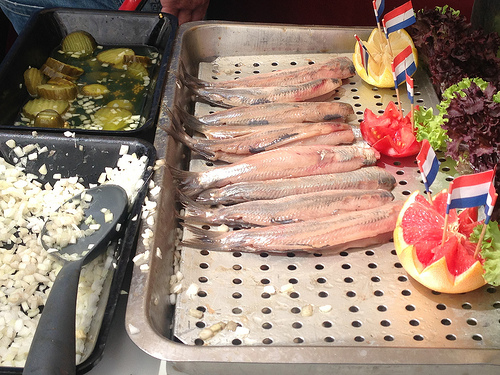 Hollandse Nieuwe is the season’s first herring, which starts appearing at the beginning of June. Only Herring caught between May and July can be called ‘nieuwe‘.

Yes, its the season for and of many things, home and abroad. And nowhere in the world is Herring season more celebrated than in The Netherlands.

Astateofwanderlust does a terrific job describing the history and passion of the Dutch and their Haring – it is a wonderful read.

This year, my friend, E says the season was delayed. In the past, the Haring season began in late May but this year, the Haring  were not ‘fat’ enough so they only just came out to the markets. In good time for me to feast…..with my eyes! 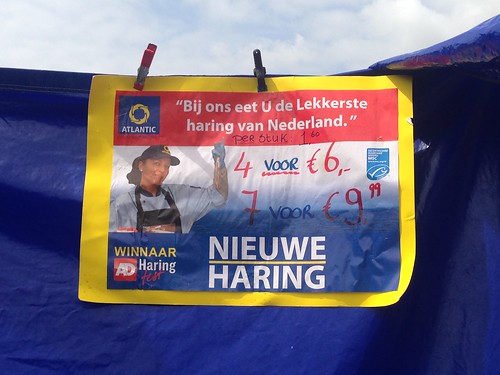 Talk about quirks, the Dutch certainly have a few of them. Bicycling at all altitudes and in all weather. Eating ‘preserved’ herring in a funny manner – held by the tail and lowered whole down the throat canal. The entire fish bitten off and tail discarded. Yes, for the Dutch, this is one of their Top 10 traditions. 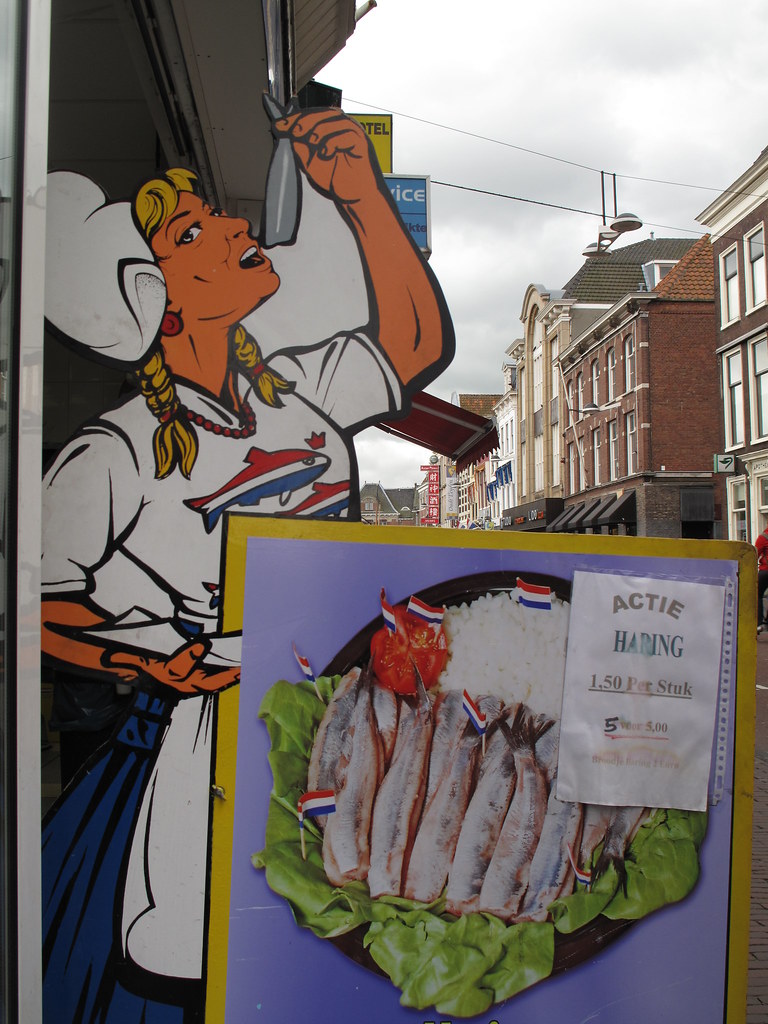 One I couldn’t quite get into. Do you wonder why? Well, I’ll tell you – slimy, chewy, fishy-smelling fish isn’t my idea of a gourmet meal!

Yesterday, I wandered around one of my favourite markets ever – the Leiden market, Leidsche markt taking in delightful smells: everything from rotisserie chicken to the wonderful aroma of freshly toasted nuts; the salty – liquorice fragrance of dropjes; freshly ground and brewed coffee which made me want to lie on the streets of the Botermarkt so I could wake up, alive and invigorated by coffee from distant lands.

The air was rife with scream and chants of ‘Hollandse nieuw aardbeien’, Dutch strawberries – plump, red, juicy and tastier than anything I’ve had in a long time. No offence to their Nigerian siblings which do serve their own good purpose. These had me eating berry after berry till I saw the bottom of the bakje, the punnet. With absolutely no regrets.

I happened upon a stall with long queues and the aroma of kibbeling, fried nuggets of white fish, revered and eaten in copious amounts at fish stalls across the Netherlands. The long lines of people were both for deep-fried and ‘fresh/pickled’. Herring, Haring to the Dutch is something of National Pride.

I’d never seen it being prepared so it was with great joy that I captured on film, via my iPhone the efficiency in how it is prepared.

The haring is taken, fresh from its ‘holding tank’, where its spent the period of life between being caught and being served, preserved in layers of salt….on the fishing boat.

There are two ladies who are cleaning the fish with such focus and resolve, I’m amazed.

They grab a fish, make a small nick with a knife between skin  and flesh and then pull back, taking the skin off in a single pull.

The next step is to cut into the haring, in a circular manner from the base of the head (where the neck would be if fish had them :-)), down to the bottom. You repeat this on both sides and they way they do it, they end up cutting the fish clean from the bone which runs down the centre and remains attached to the head.

The bones and head get discarded and the ladies pull down on the de-boned fish to clean off the rest of the slime.

Then it is ready for consumption, to which I say – bravery and all, no thank you!