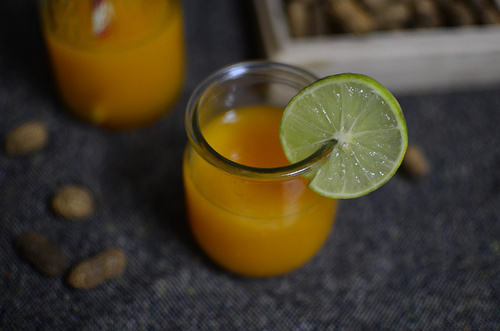 This is for you @Naijawife. 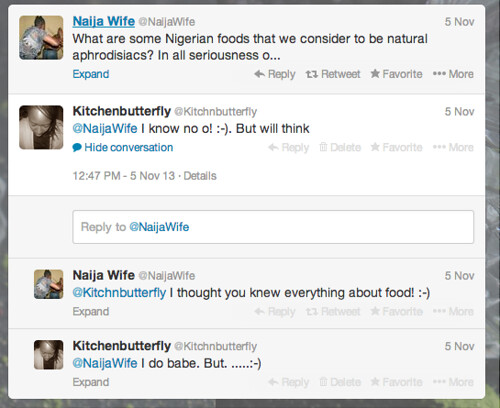 It was on the same day I went to the small vegetable market behind the store. On my way home from work.

It was the same day I noticed the waxy yellow skin. Nestled between Marrows and bell peppers. Large for their size.

‘….the name was christened by the clergy who accompanied the first Spanish explorers to South America. They saw the fruit’s brilliant flower as a symbol of Christ’s crucifixion, sometimes referred to as The Passion of the Cross. The beautiful corona threads of the Passion Flower were seen as the crown of thorns, the five stamens were wounds, the five petals and five sepals represented the ten apostles (excluding Judas and Peter) and the three stigmas symbolized the nails of the cross.

I asked if they were ‘in season’ and he said no. That they were always and forever the same price. All day. All month. All year. He sold them for 200 Naira a piece. Just over US $ 1.

A  heady mix of mangoes and citrus and something else I can’t describe.

I shook them one after the other. Hearing the seeds move in the bellies.

I brought them home and went to bed. That was day 1.

On the morning of the 2nd day, I got out my red chopping board and my small serrated knife.

I cut one open, and some juice spilled. I wasn’t expecting that. I’d never cut open a passion fruit before. 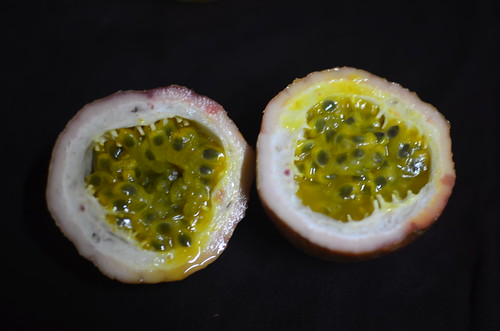 Using a teaspoon, I scooped the seeds and juice into a glass jar, with illustrated fruits on the lid. 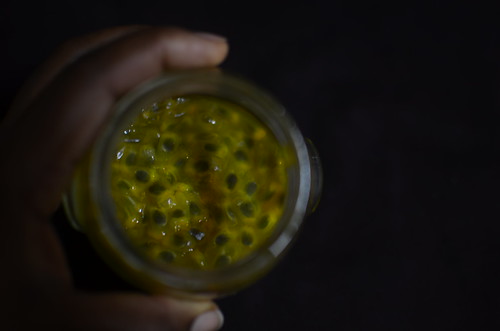 My fruit bowl was set. This time I poured on my yogurt, and then gingerly spooned 3 teaspoons of seeds and juice over the top.  Heavenly may sound trite but……it was. The fragrance, the texture, the taste.

And with a name like passion fruit one expects miracles.

Even before Madame Pompadour ate truffles, vanilla, and celery to heighten her desire for Louis XIV, food and sexual delight went hand in hand. Nearly every food from artichoke to passion fruit has been considered an aphrodisiac. The ancient Romans were said to prefer such exotic aphrodisiacs as hippo snouts and hyena eyeballs, and traditional Chinese medicine espoused the use of such rare delicacies as rhino horn. Foods serve a psychological purpose as well as a biological one–and for centuries 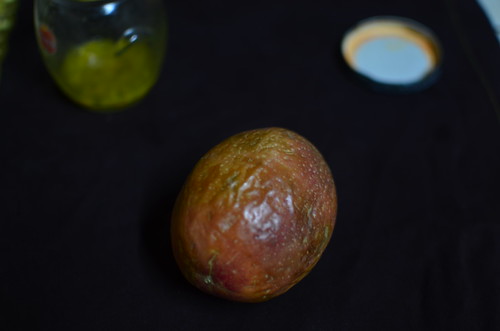