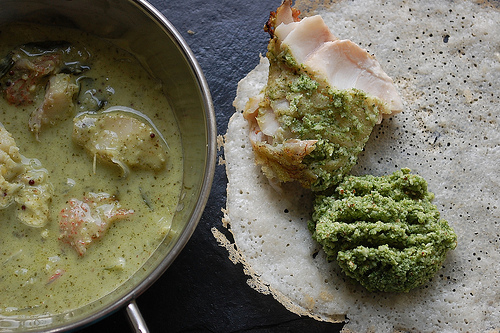 If you are acquainted with Indian food, like I thought I was then consider this question I pose to you today: Is Indian food countriversal (like universal but for countries)? Is it? 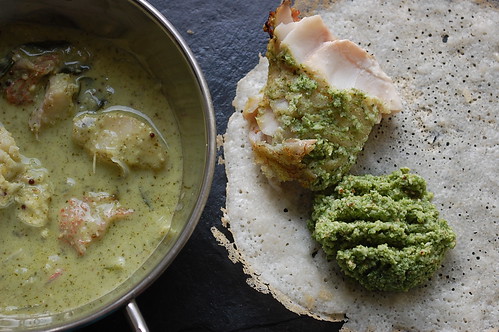 Well I certainly thought it was. Sipping on a mug of steaming ginger tea and chatting with friend and neighbor I reeled off all the Indian dishes I loved so – Tikka Masala, Tandoori Chicken and on and on I went. Dishes that my old friends and neighbours had lovingly prepared for me time and time again.

S, my neighbour informed me and ever so kindly too that the cuisine I spoke so knowledgeably of was characteristic of North Indian cooking and not typical of the subcontinent. – to my greatest surprise. It had never occurred to me that Indian cuisines were so ‘regional’, defined in geographical space and made peculiar, like embroidery with each region coloured by history and shaped by foreign and influences. Just like it hadn’t crossed my mind that hazelnuts grew on trees. Or most recently, that my friend, a left-handed geologist and passionate hobby artist also drew….with his left hand. Sigh. 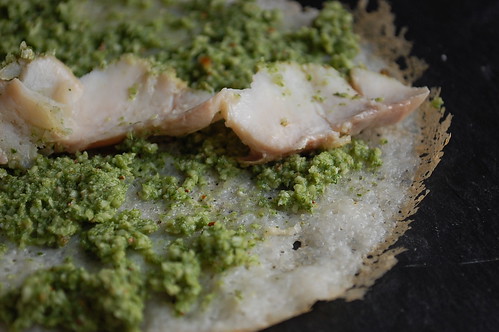 From north India, where the cuisine is hearty with Muslim and moghul contributions and rich with mutton and goat meat, cooked in ghee and cream , to the south with its Brahmin cuisine, where strict Brahmins will avoid tomatoes and beetroot, being blood-coloured and dishes are based on lentils, chilli and coconut, there is sufficient variety in the Indian foodepedia to please every palate. 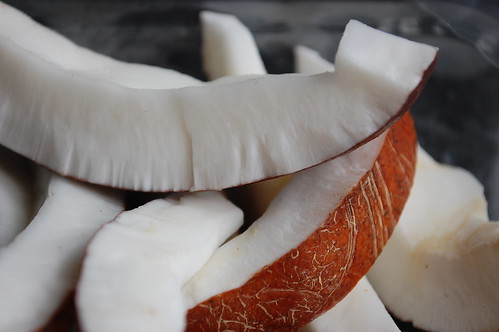 Idlis, dosas and appams were as foreign to me as poppadums and chapattis were familiar. Kulfi, Falooda and Sundal were words that were to finally find meaning in the multitude of dishes typical of the south. Thanks to S, my south Indian neighbor and friend who furthered my learning ….especially when that resulted in a South Indian feast at theirs. The introduction began with Kuzhi Paniyaram (the Indian version of poffertjes or silver dollar pancakes) and chicken kebabs, served with a coriander-mint chutney. The main was replete with Idli, Dosais and Pulav rice. In good company were coconut chutney and Sambhar with a sweet Pineapple pachadi (a type of Raita) and some Cabbage-Carrot ‘dry’ vegetable curry. I discovered that the south Indian curries were soupier (not watery) but more liquid compared with the thickened, spiced sauces of the north. The evening ended with a gorgeous sweet semolina pudding, Rava Kesari aka Semolina Halwa.

We went home…stuffed! And grateful for another open gateway to India.

And then, this month’s Daring Cooks challenge was announced, and I leapt high with joy – an opportunity to broaden the waistline.

Blog-checking lines: Mary, who writes the delicious blog, Mary Mary Culinary was our August Daring Cooks’ host. Mary chose to show us how delicious South Indian cuisine is! She challenged us to make Appam and another South Indian/Sri Lankan dish to go with the warm flat bread.

Mandatory Items: The appams, and at least one South Indian/Sri Lankan accompaniment, or more, if you like! You must use the appam recipe in the challenge.

Variations allowed: I have written or linked to a variety of accompaniments. You may choose one (or more) of these, or make another to go with the appam. However, I ask that the accompaniment be a South Indian or Sri Lankan dish, as that’s where appam are most commonly eaten. If you are not sure what to look for, look for Kerala recipes.

While wheat is a north Indian staple, rice is its southern counterpart, employed in numerous dishes from Idlis, steamed rice and lentil cakes that resemble aebleskivers and poffertjes in shape, to dosas, pancakes made from rice and lentils and Appams, lacy/holey pancakes which bear some resemblance to French crepes – where the similarities stop. 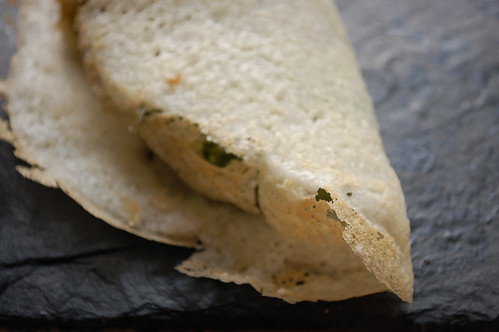 The appams were easy to rustle up and are not to be confused with uthappam – a type of South Indian dosa, often laden with vegetables. Appams are fermented and yeasted flat breads, made from soaked rice and coconut milk.

Mary describes them as ‘a cross between a crepe and a crumpet, with a thin, lacy, crisp edge and a thicker spongy middle. I should add – quite plain and bland in flavour on its own as plain (boiled) rice would be….but transformed in an instant with some chutney and fish.

All began well on a fine summer’s evening when I sat down to rustle up the recipe and its partners. The fresh green chile chutney was a no-brainer – even if I would have to buy ‘expensive’  freshly grated coconut, already hacked to bits and packaged with a mango dipping sauce. Even if I wouldn’t crack the nut myself as I perhaps will do in a few weeks back home in Nigeria. Then I will drink the coconut water, just like I did in Barbados and proceed (unconsciously) to stab my palms as I cup broken coconut parts, in a bid to separate coconut flesh from shell. But those events lie in the future…..still to come!

Coconut flesh is predominantly used by South Indians in preparation of different types of chutneys accompanying rice while coconut milk forms the basis of numerous curries, as well as tamarind, prized for its sourness and in contrast to the use of tomatoes in the North to create the same sour flavour essence. 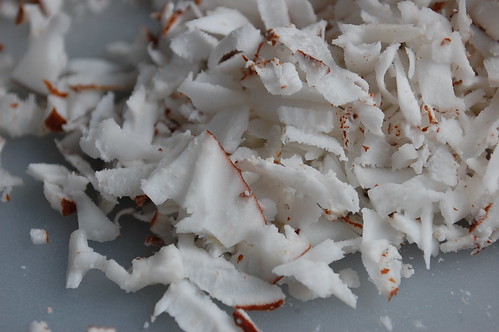 When it came down to the ‘protein’  of choice, fish won the day. After all, what better way to honour the ‘south’ and its closeness to the sea than to serve up fish. I made it two ways. I began with the baked fish, and then flaked small pieces of the cooked fish, into the leftover coconut milk, with spices to make a sauce. 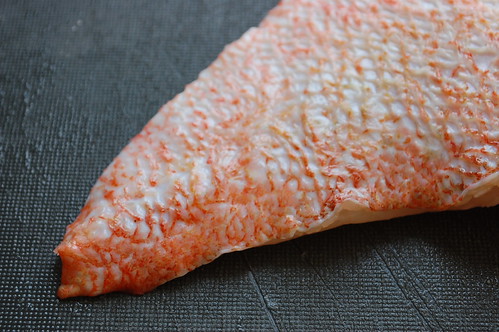 Soak the raw rice in 4 to 5 cups of water for 3 hours or overnight.

Dissolve the sugar in the coconut water or plain water and add the yeast. Set aside in a warm area for 10-15 minutes, until very frothy. Drain the rice and grind it in a blender with the yeast mixture to make a smooth batter. You can add a bit of extra water if needed. Add the cooked rice, and grind/blend to combine well. The resulting batter will not be completely smooth and will be very thick—that’s about right. 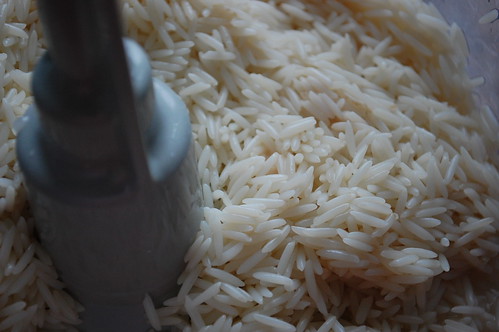 Pour into a large bowl, cover and leave in a warm place for 8-12 hours. You not only want the mixture to rise and collapse, but to ferment. When it is ready, it will have a slightly sour and distinctly yeasty/bready smell. Don’t worry–they are mild tasting when cooked! 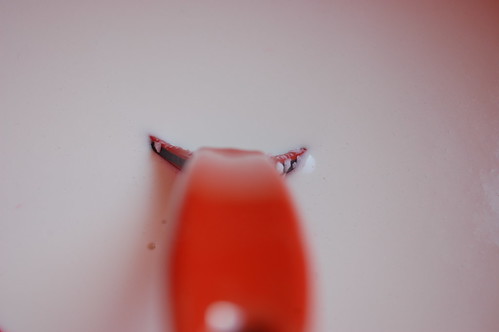 Add the coconut milk and salt, and a bit of water if necessary, so that you have a batter that is just a bit thicker than milk. The mixture was supposed to bubble after the addition of the coconut milk but mine didn’t. Mary recommended test-cooking an appam before thinning the batter.

When ready to cook, heat your pan over medium heat. Wipe the inside gently with an oiled paper towel. Stir the batter and pour in 3-4 tablespoons, depending on the size of the pan. Working quickly, hold the handle(s) and give the pan a quick swirl so that the batter comes to the top edge. Swirl once only, as you want the edges to be thin and lacy.

As the appam cooks, it will pop and crackle……all to result in a nice lacy pancake at the end. The bitty rice grains will cook to produce a rather substantial pancake, which has the delicacy and appearance of a lace angel or doily….come to think of it!

Cover the pan and cook for about 2 minutes. Uncover and check. The center should have puffed up a bit (mine didn’t), and will be shiny, but dry to the touch. When ready, loosen the edges with a small spatula and serve immediately. These need to be served hot out of the pan. 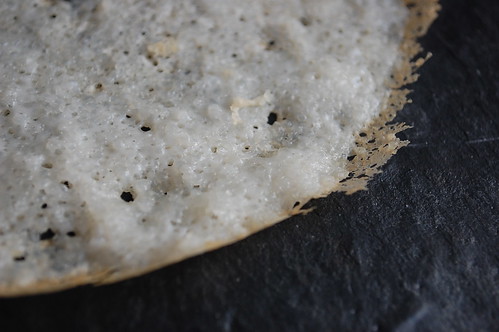 The leftover batter can be refrigerated for a couple of days. 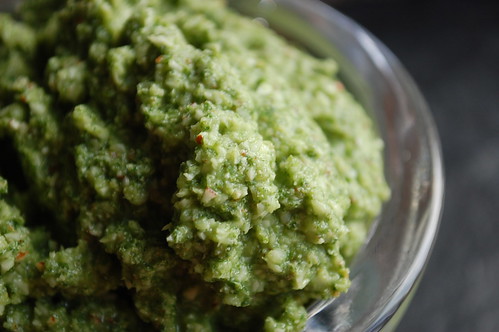 In a food processor, combine the cilantro, chiles, garlic and ginger and process to a paste. Add the coconut and process until blended. Transfer to a bowl. Add the cumin, lime juice, salt and sugar and mix well. Taste for seasoning (it will be hot!). Keeps for about 4 days refrigerated. 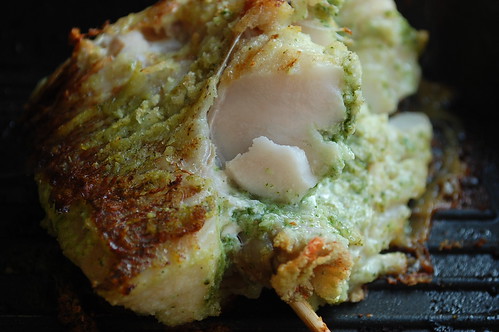 Heat the oil in a large, oven-proof sauté pan until the oil is very hot, but not smoking. Dry the fish fillets and season with salt and lime juice both sides. Dust with the rice  flour and blow off excess. Ladle small spoonfuls of chutney inside the fish. 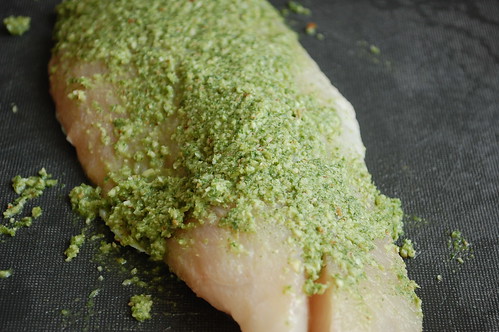 Then fold in half (tough job). Secure with a skewer. 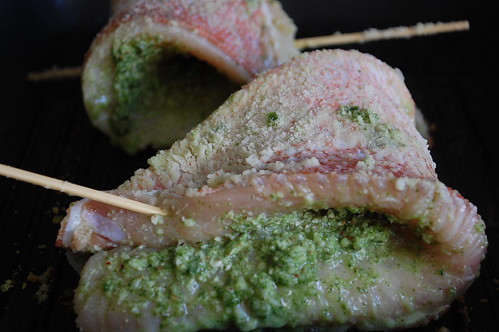 Put the fish in the pan, skin side down, and press down with a spatula – the skin immediately ‘withdraws’ and buckles, but it needs the heat to get crisp so press it down – you will be rewarded soon enough. Sear on the stovetop till one side is bronzed…or brown.

Turn the fish over, put the pan in the oven, and cook another 10 – 15 minutes, until a metal skewer can be easily inserted into the center of the fillet and, if left for 5 seconds, feels just warm when touched to your lip (a super tip from a genius recipe by Chef Eric Rupert, featured on food52)

When ready, serve with more chutney on the side and appams to eat and dip. 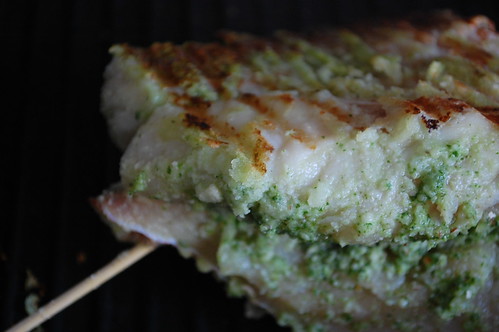 Originally, I had plans of creating gorgeous appam mini rolls, buttered with green chutney and stuffed with flaked fish. That plan collapsed….as cutting a giant roll into bite-sized pieces resulted in a tasty mess. Literally…as my appams fell and disintegrated with attempts to create perfect rolls. In the end, I wolfed down a large roll, while my husband attacked his with decorum, cutlery in hand and shoulders upright. His pronouncement of ‘very fine meal’  was a grand offering for when it comes to food, he is a man of few words – words which are not minced if the meal is not up to standard. 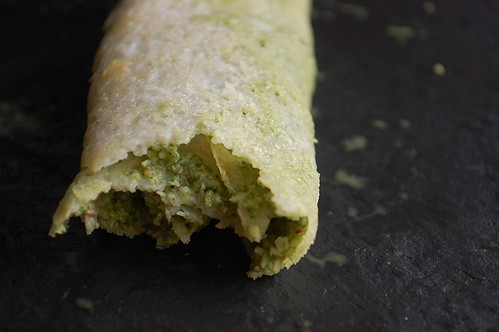 In a large skillet with a lid, heat the oil over medium heat. When hot add the mustard seeds and cover until they stop popping. Add the fenugreek (anise) seeds and stir until they color lightly. Add the curry leaves (they will sputter and spatter), wait about 20 seconds, then add the onions and fry until they are soft,but not brown.

Add the ginger, garlic and green chiles and cook for one minute. Add the tomato paste (if using), dry masala and salt and stir and fry for another minute. If it dries out, add a few drops of water. Add ½ cup (120 ml) of the coconut milk,along with 1 cup (240 ml) of water. Increase heat to medium-high and cook at a strong simmer, uncovered for 5-10 minutes to thicken the sauce and blend the flavors. 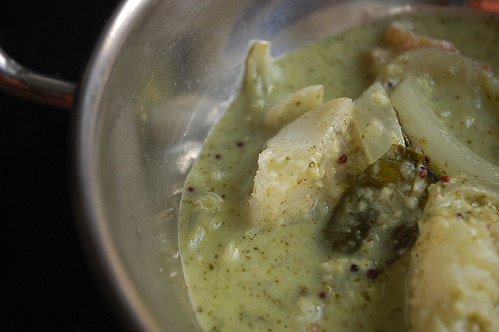 Add the fish, and cook, stirring, until they have all changed color and curled up. This will take less than 5 minutes, depending on the size of the shrimp. Add the remaining ¼ cup (60 ml) of coconut milk, bring to a boil and remove from the heat. Taste for salt and serve immediately.

I enjoyed the exploration, the understanding that as there is no ‘oriental’ cuisine, or African, so is there no ‘one’ Indian which characterizes an entire sub-continent, diverse in landscape and history, in geography and influences, in food and crops.

Thank you Mary for the wonderful choice. I feel the ‘law of attraction’  in motion. Please check out what the other Daring Cooks did for this challenge.

Take care everyone, two more days till I land in Naija (Nigeria!).